Putien: Bringing Out The Essence Of Putian Ingredients

When people speak of Fujian province, the cities Xiamen and Fuzhou come to mind, more so than Putian. Yet, the latter is a hidden culinary haven with plenty of native ingredients worth seeking out. Located south of Fuzhou and surrounded by mountains and the sea, the geographic location gives the area a bountiful supply of harvest and seafood. With these resources, the Putian region has always been about bringing out the natural flavour of the ingredients.

Putien restaurant, spelt with a letter difference, is founded by Putian native Fong Chi Chung, who moved to Singapore in 2000 with the hope of bringing the unique flavours of his grandmother's cooking to the lion city. With an emphasis on top-quality ingredients and meticulous cooking, Putien soon attracted a loyal following, sparking off the opening of nine more branches in Singapore alone. Its first overseas outpost was in Kuala Lumpur, and PUTIEN Hong Kong in Causeway Bay opened its doors in 2014. It was acknowledged by MICHELIN guide Hong Kong Macau with a Bib Gourmand rating since 2016.
Let the ingredients speak

Ingredients are central to Putian cuisine, and Putien specialises in turning underrated ingredients into hero dishes. Take seaweed. Commonly used as a supplement to most Chinese dishes, Putien features the humble weed as the star in an appetiser. Seaweed with Mini Shrimps uses seaweed from a small island in Putian where only the first-grown seaweed is harvested, making it highly rare . Paired with mini shrimps, also sourced locally, the dish delivers a simple yet sincere taste of the ocean. 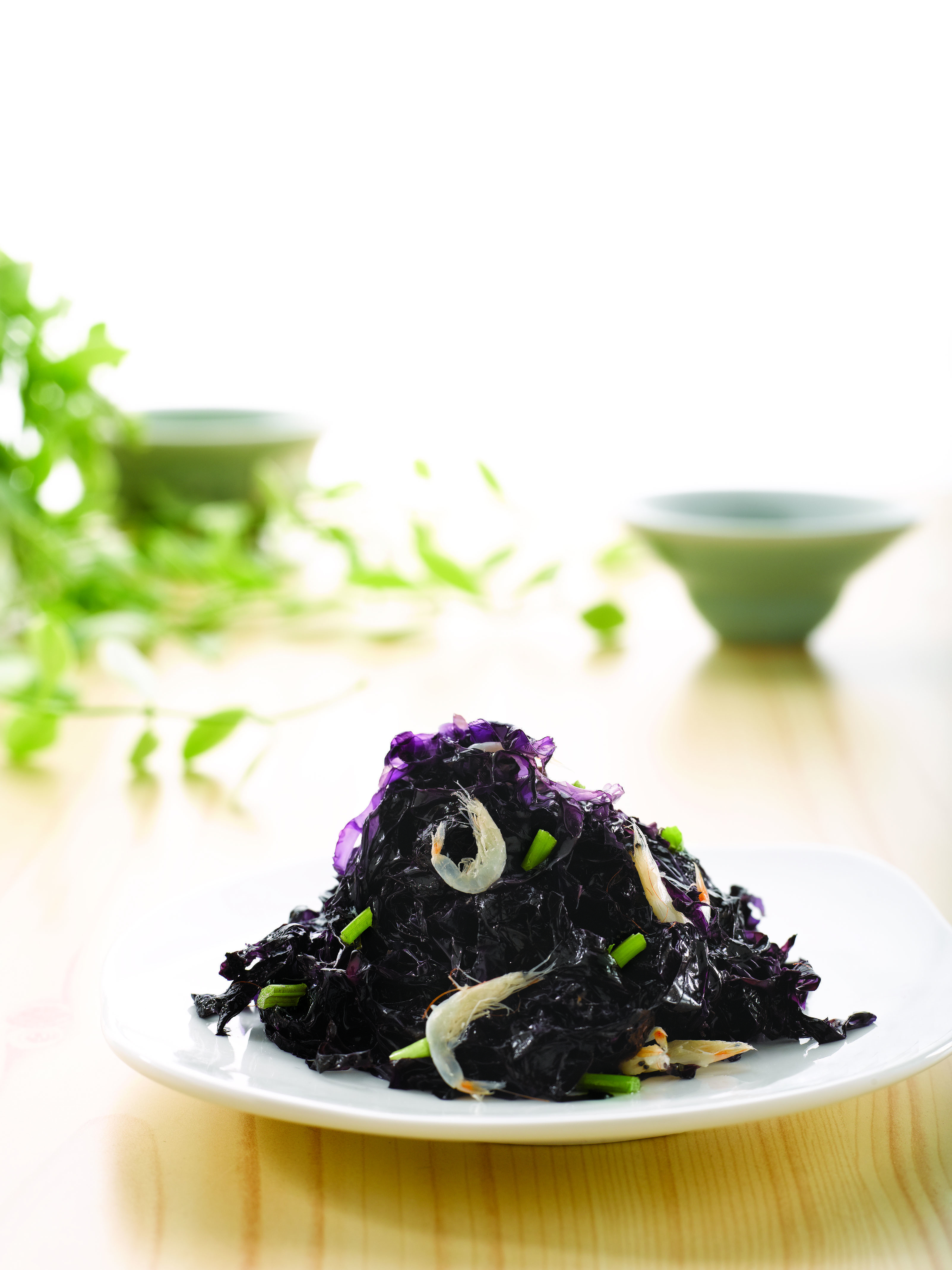 Putien has dedicated seaweed fields that only harvest certain lengths of seaweed at a specific time of the year. (Photo: Putien)
Advertisement
The famous Hokkien snack Yan dumpling (pork dumpling) has a Putian variation: the Bian Rou Soup (flat meat soup). Here, pork is pounded repeatedly for three hours to a fine texture stripped of tendons. The minced meat is then combined with sweet potato flour and rolled out into a dough for the dumpling skins. The skin is then stuffed with more pork, and served in chicken broth laced with white vinegar. 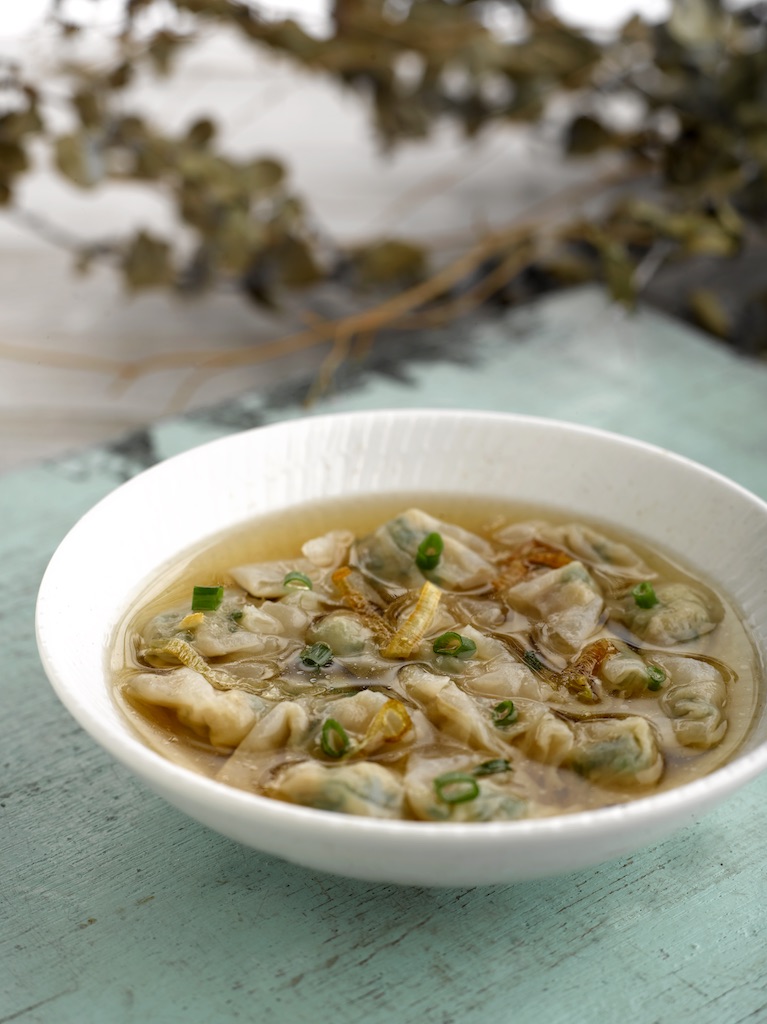 The chicken soup carries a hint of tartness, and it’s one of the reasons why this Bian Rou Soup is so popular in the restaurant. (Photo: Putien)
100 seconds cooking

To retain the freshness of the ingredients, Putien has invented a fish dish named “100 second Stewed Yellow Croaker”. The 200g fish is specially flown in from Putian, and stewed in exactly 100 seconds - no more, no less. Rumours have it that in order to pass the test, the restaurant’s chefs must memorise all the recipes, down to the smallest detail, in order to maintain the restaurant’s standards. 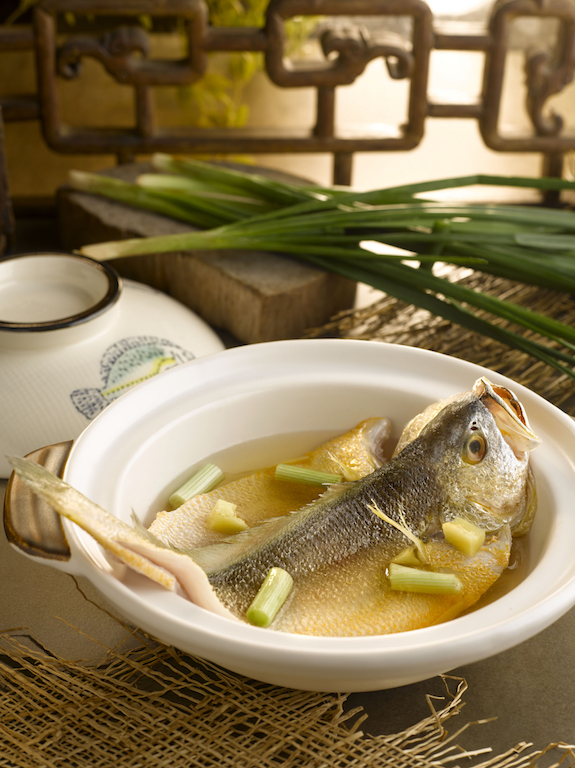 For this dish, the restaurant uses only 200g yellow croakers from Putian. (Photo: Putien)
Detailed craftsmanship

In addition to its emphasis on freshness, Putien's cuisine also shows attention to details. The Braised Pork Intestine looks deceptively simple, the only hint of the hours of meticulous preparation that goes into it being the intricate swirling pattern. For this particular dish, Putien Hong Kong specially hires a chef all the way from Singapore. Cleaning the pig intestines alone takes several hours; the intestines are then braised, and layered upon each other several times to create the swirling pattern. All these requires a high level of skill and extreme attention to detail from the chef. There are no shortcuts to creating this chewy and fragrant dish from such an unassuming ingredient. 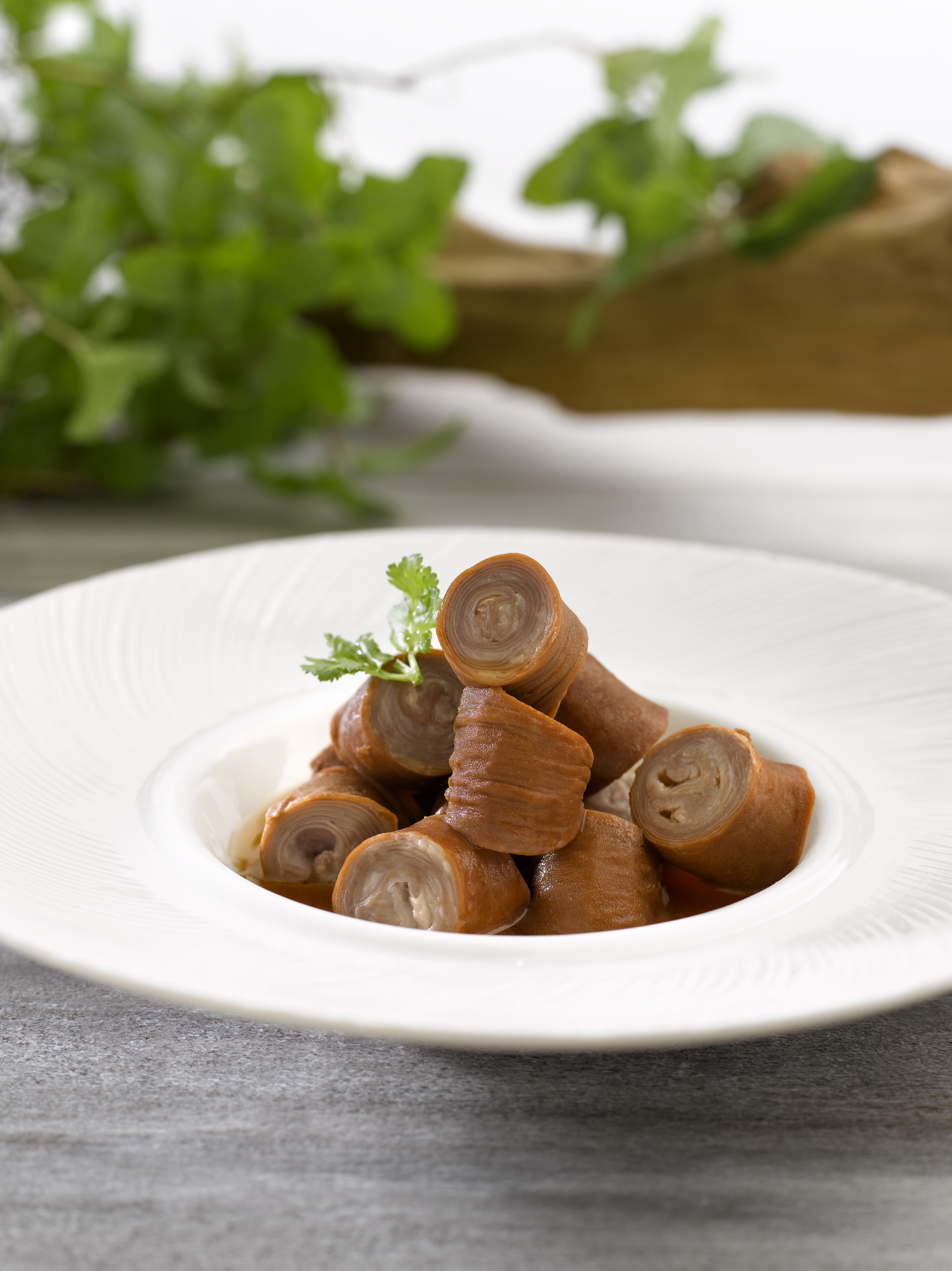 What makes this intestines dish special is its craftsmanship. (Photo: Putien)
Being so detail-oriented, there are quite a few dishes that can go wrong from a single misstep. The Putien Lor Mee (soup noodles), for instance, is one such dish. The broth takes a long time to make, but the rest of the ingredients are cooked right before serving. There are rules that determine the order in which these ingredients are added, to maximise the Lor Mee's flavour through different chemical reactions. So how can different branches produce the same desired taste? 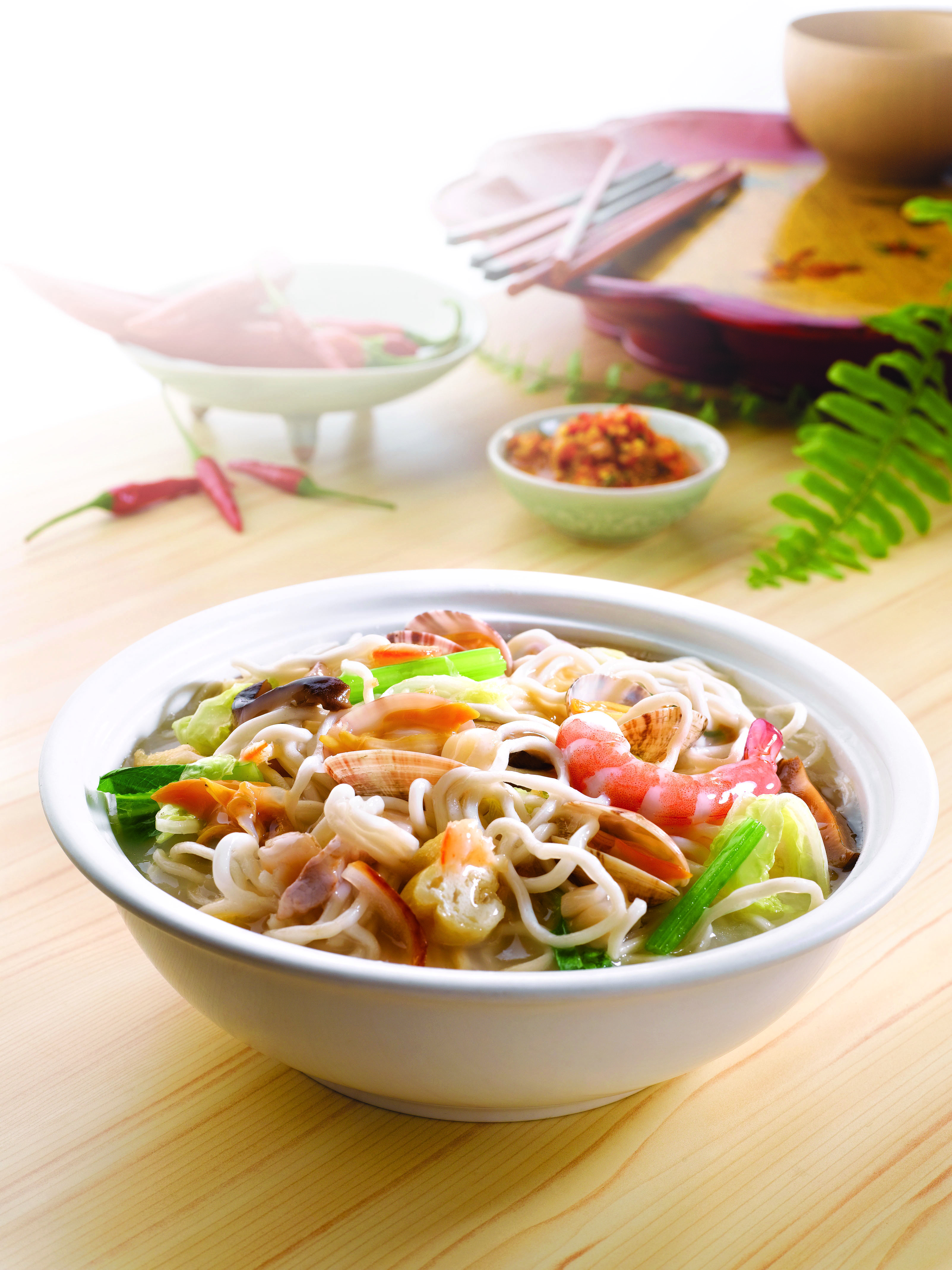 Lor Mee, one of Putien's signature dishes, is coveted by almost every customer for its hearty pork-and-chicken broth combined with the flavoursome assortment of seafood. (Photo: Putien)
The secret lies in the policy of sharing recipes amongst colleagues in the company. Instead of worrying staff about knowing all the commercial secrets, Putien discloses all recipes down to the smallest details: the requirement of cutting size, cooking time and temperature are all available. This open-minded policy is the key to make sure all branches serve the food of the same standard, while also not compromising to appeal to local tastes. Putien means to be, and is, a fantastic treat.
Advertisement
Advertisement