The walled villages in the New Territories were a product of the early social development in Hong Kong. Its purpose: to keep out attacks from bands of pirates, and even wild animals. Those threats are long gone now, but the culture that spawned from the people who lived in these fortified towns still exist today.

That’s especially true for wai tau choi (Walled-Village food) – the cornerstone of Hong Kong’s culinary scene. It’s distinct from Cantonese cuisine, featuring its own techniques executed by prominent restaurants of its own. One such, is Bib Gourmand recipient Tai Wing Wah restaurant in Yuen Long.

It’s run by Leung Man-To, the CEO who’s also an enigmatic food critic, cookbook writer and TV presenter. Inside the restaurant, it’s impossible not to feel his presence. He runs the venture with immense enthusiasm and looks after the tiniest details; from designing the menu to cooking in front of patrons in the name of hospitality. 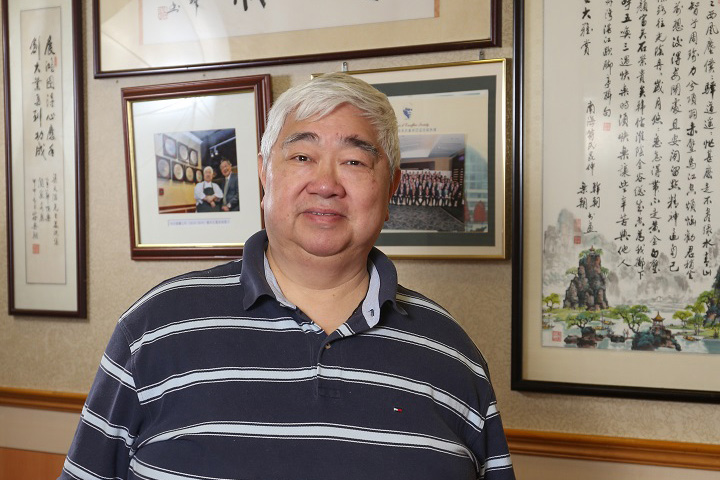 More On The Man
Leung’s ties to cooking started when he was 18.

“I am the oldest child with three younger brothers and a younger sister. Because of this, I took over the responsibility of taking care of the family,” he explains. “When I graduated from school at 18, I began working for an import and export company. After work, I apprenticed for the Chinese Club and Wing Wah in Wan Chai preparing Western dishes and siu mei. It was just voluntary work, but I gained so much knowledge out of this experience.”

Leung joined Tai Wing Wah in 1975 starting off by selling pastries and taking orders. His rise to the position of CEO took place over 42 years – a period that’s seen a fair share of changes in the restaurant. In between, it closed and re-opened, shifting its focus from banquets to Walled-Village cuisine in smaller portions for individual patrons.

“Residents of the walled villages prefer the dining style of poon choi (multiple food items cooked separately, assembled in layers in a large pot), that has to be shared by many people. That’s why I took the individual components apart for order à la carte and emphasised their traditional attributes,” he says.

“Dishes such as braised duck with fermented bean paste, and five-taste chicken Walled-Village style strike diners as something new. That was Walled-Village cuisine’s coming to prominence,” Leung said.

All About Produce
At the core of wai tau choi is homely comfort. Dish aesthetics aren’t glamorous and it doesn’t dwell on ground-breaking cooking techniques. Instead, the focus is on substantial rustic fare with a focus on quality ingredients and seasoning.

“A successful Walled-Village dish owes 40 per cent to the quality of ingredients, 30 per cent to condiments, and the rest to the chef’s skills. In other words, you’re more than halfway there if you source the right stuff,” Leung said. 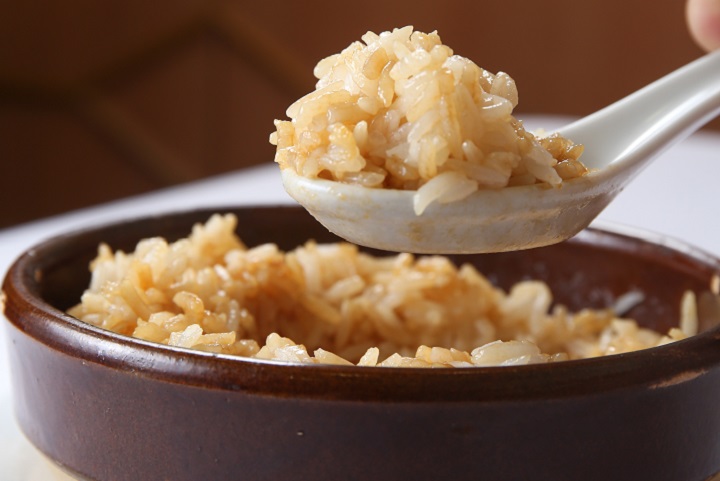 Lard rice at Tai Wing Wah.
One such dish that accurately reflects Leung’s philosophy is lard rice, Tai Wing Wah’s bestseller. The premise is simple: rice with lard and first draw soy sauce folded all over, but exceptional ingredients turn something minimal into an addictive delicacy.

“There are many roasted meat restaurants in Yuen Long which collect lard from roasting pork every day. The pork, rubbed with salt and many spices, yield lard with great aroma,” he says “This is almost exclusive to the area. Most lard available in the market is obtained from frying plain fatty pork. It lacks the unique fragrance,” Leung explained.

Naturally, the Yuen Long-based Tai Wing Wah benefits from its proximity to the roasted meat shops nearby and gets access to the best lard one can find. The blend of new and old rice from Kwong Sun Hong creates a loose and springy texture after steaming. When served, a tablespoon of first draw soy sauce and half a tablespoon of lard go into the rice for an even mixture. 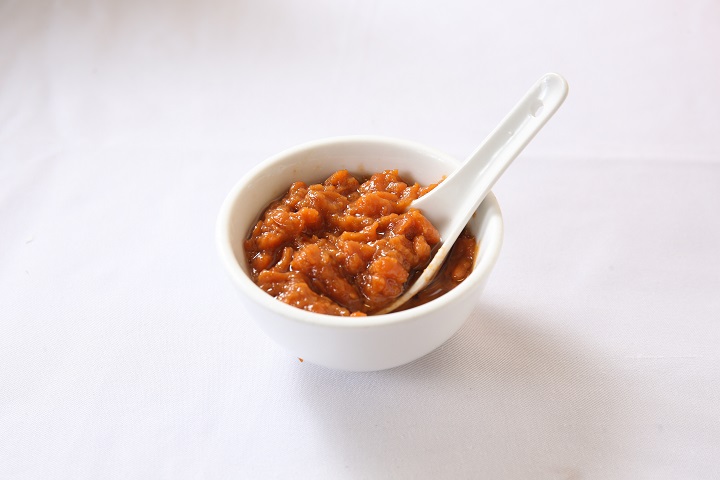 Condiments from Yuen Long Only
Historically, the communities of Yuen Long specialised in agriculture and fish farming. The physical nature of their work gave rise to a sodium-rich diet.

“First draw soy sauce and chunky fermented bean paste are the bread and butter of Walled-Village cuisine. They can be spotted in every dish. We only use the products made in Yuen Long,” Leung said.

First draw soy sauce refers to the first brew of liquid extracted from the fermented soy beans. It excels with balanced fragrance. Produced by merely a handful of artisan sauce makers in Yuen Long, whole soy beans are clearly visible in chunky fermented bean paste. Its umami is unparalleled.

The foundation of Tai Wing Wah’s classic five-taste chicken is built on good first draw soy sauce. Star anise, Szechuan pepper, mandarin peel, cinnamon and black cardamom (amomum tsao-ko) – which make up the “five tastes” – are placed in a soup stock pouch along with the soy sauce and rock sugar then cooked under gentle heat until the flavours of the spices are released. The chicken is then immersed in the mixture for 35 minutes.

“Chickens nowadays are fed with fishmeal instead of grains to make them grow faster. To cover the undesired taste caused by the fishmeal, I added bay leaves to the traditional recipe,” Leung noted.

SEE ALSO: Putien: Bringing Out The Essence Of Putian Ingredients 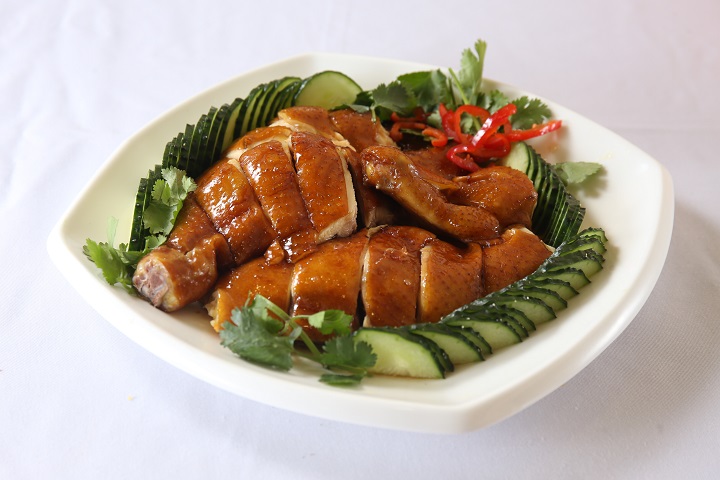 Tai Wing Wah's five-taste chicken.
Every Dish Tells a Story
Because it’s born from an intimate household setting, Walled-Village food is loaded with emotion and symbolism, some reflected in the dishes’ name. The Stir-fried vermicelli of Tai Wing Wah is given an enigmatic Chinese name – “The Everlasting Stir-fry”. It might sound strange, but Leung explains that the delicacy is meaningful in its own right.

“Since agriculture wasn’t profitable, many young people in the village decided to seek better opportunities elsewhere. Before they left home, their family would make them ‘The Everlasting Stir-fry’ with vermicelli, eggs, clams and silver shrimps.

Silver shrimps live in fresh water, but they can survive in sea water. The idea is that that no matter how far they went, they would be able to adapt to the environment. 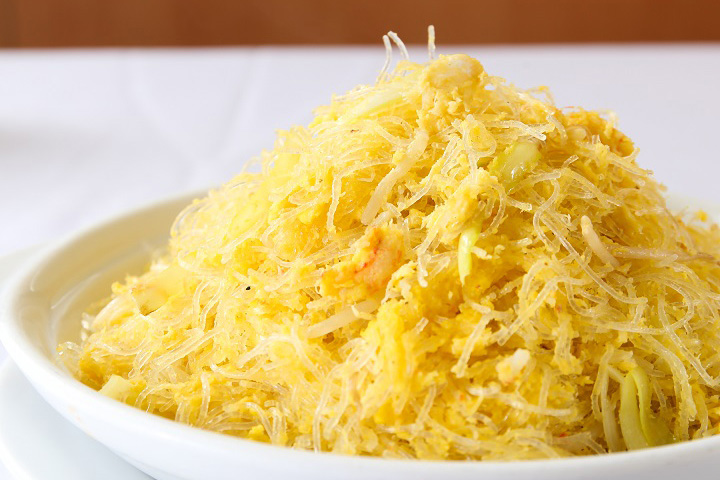 “The Everlasting Stir-fry” at Tai Wing Wah.
Clams on the other hand, grow at the same place unless moved by the flow of water, signifying those who stayed. Vermicelli acts as the link between the shrimps and clams, while the liquid egg represents blood connection that is thicker than water. ‘The Everlasting Stir-fry’ paints a vivid picture of a family’s unrelenting bond,” Leung stated.

It might look simple, but this curiously-named dish isn’t easy to master. The vermicelli is first soaked in cool clam broth then stir fried with the silver shrimp. Meanwhile, the clam broth is slowly poured around the wok’s edges. This softens the vermicelli through the steam created without compromising the texture of the threads as would be if the broth was added straight into the wok. The beaten egg is stirred in at last before plating. Although new ingredients are chosen in place of the now-scarce silver shrimps and clams, the message stays the same.

It’s so easy to overlook the beauty behind Walled-Village cuisine. It is never skin-deep, but radiates through the selection of produce. The same can be said about Tai Wing Wah, and all Leung’s creations that make the way to the patrons’ heart.