When what is arguably the single most influential restaurant guide on the planet launches its inaugural edition in any country or city, people are bound to talk about it. It comes as no surprise then that rumors and speculations about the tightly-veiled selections for the Seoul edition had been rife in the media and in the blogosphere, long before the official launch of the little red guidebook that wields so much power in the world of gastronomy.

As is tradition, Michelin announced the recipients of the Seoul Bib Gourmand awards on Tuesday, less than a week before the official launch of the full guidebook which will be released on November 7th. Bib Gourmand awards are given to restaurants that serve good value meals under a fixed price point – 35,000 won for Korea.

This year, 36 eateries were selected for the Michelin Guide Seoul 2017’s Bib Gourmand category. Among the 36, 32 restaurants serve local cuisine, many of which are humble fare that occupy a special place in the hearts of Koreans. 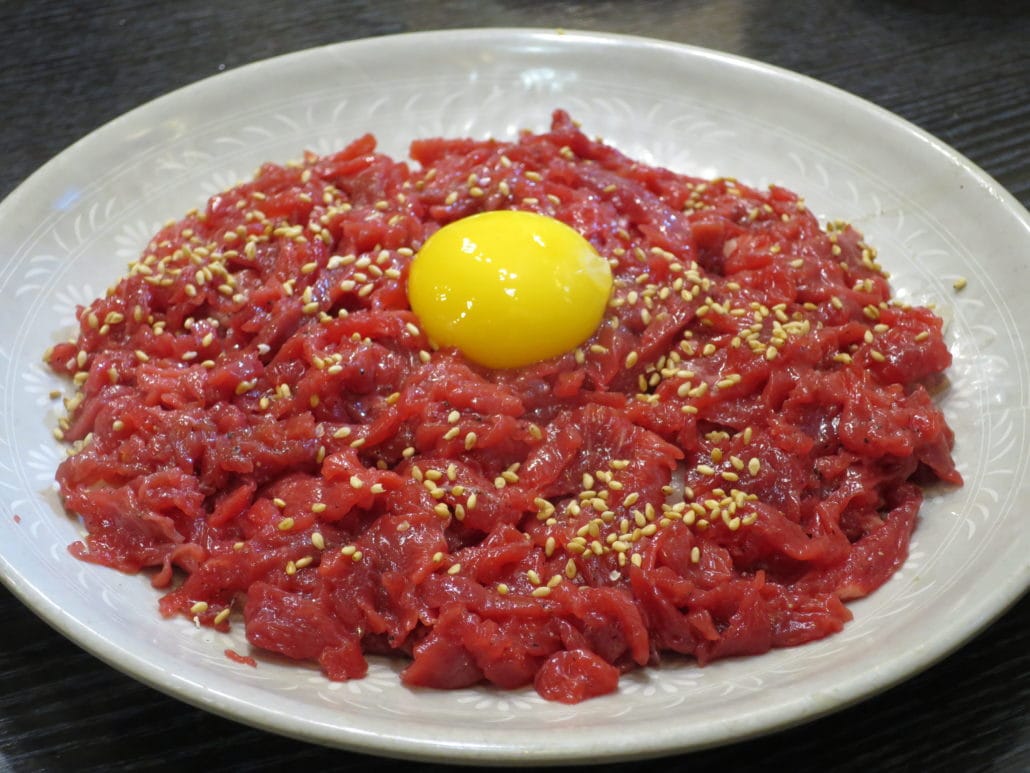 A total of 17 cuisine types were represented in this year’s selection – a good mix of categories that reflect Seoul’s colorful gastronomy. However, noodle dishes, namely naengmyeon and kal-guksu, proved to be the two favorites among our inspectors with 10 establishments receiving the Bib Gourmand honor. 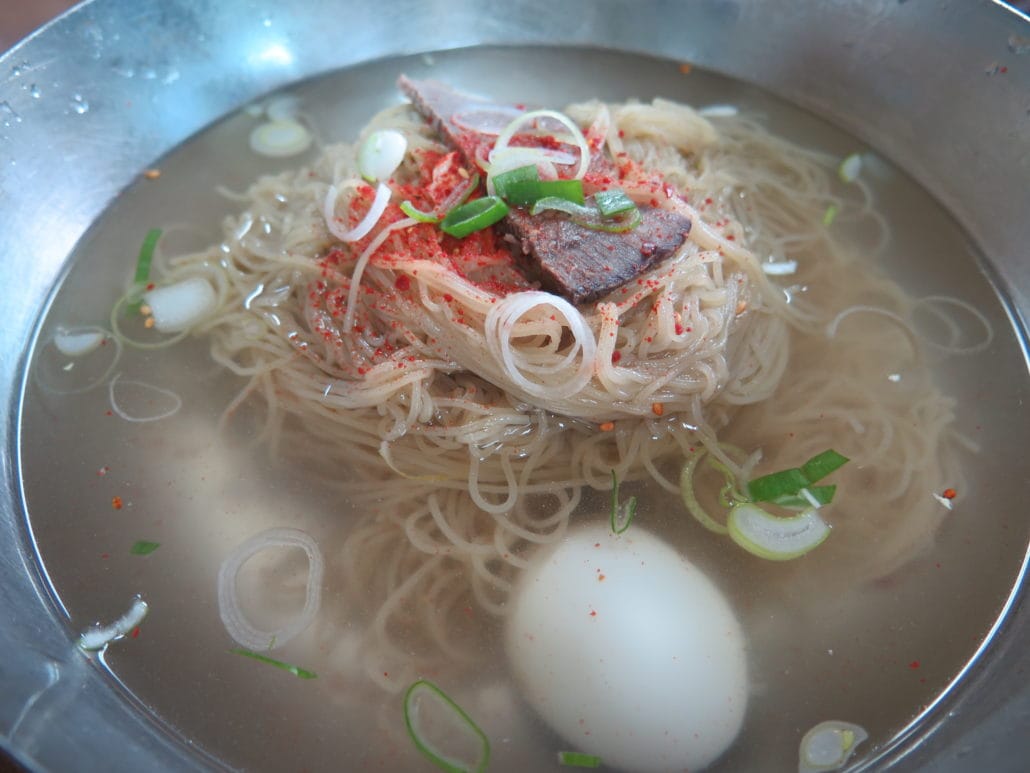 Naengmyeon, relished by locals during the oppressively humid months of summer, is a chilled noodle dish from North Korea. Naengmyeon is largely divided into two categories – Pyeongyang-style and Hamheung-style. Pyeongyang-style noodles are made from buckwheat flour and typically served in chilled broth, garnished with half a boiled egg, thin slices of cold boiled meat and pickled radish. Traditionally, pheasant, beef or pork meats are popular choices for the base of the broth which is, in turn, blended with the briny water from dongchimi kimchi, a watery radish kimchi eaten during the frigid winter months. The ensuing broth is clear, delicate and subtle in flavor. Because buckwheat is gluten-free, the noodles lack elasticity and are noticeably less chewy than its distant cousin, Hamheung-style naengmyeon. 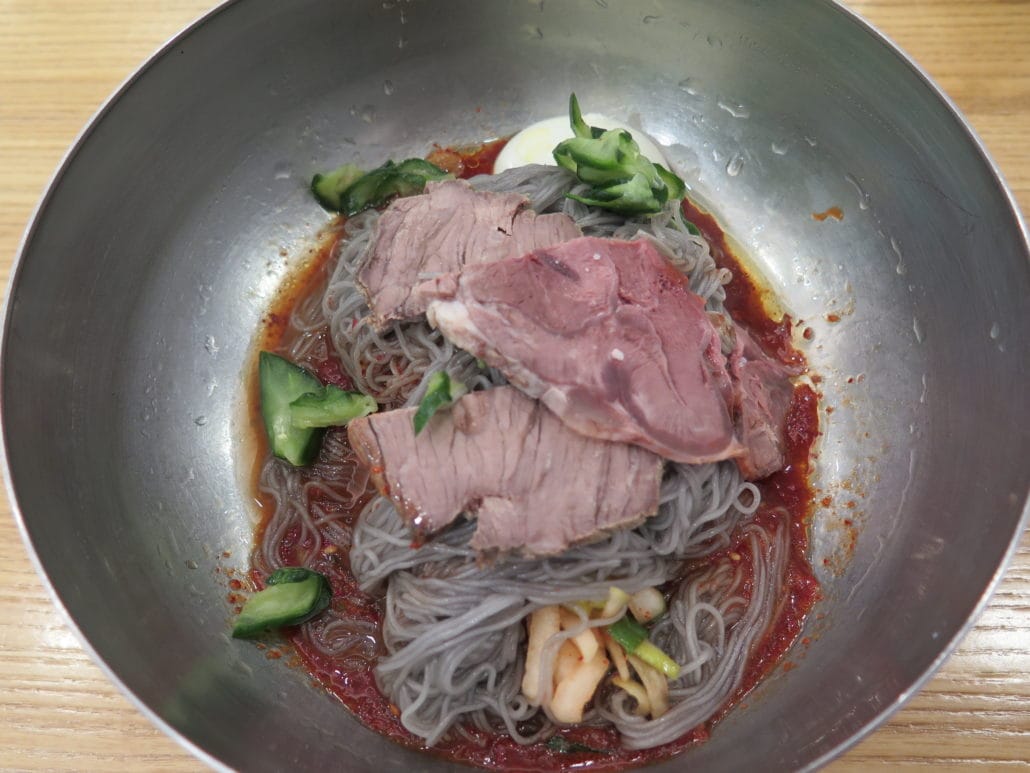 Hamgheung-style noodles are lighter in color, thinner and chewier than buckwheat noodles. A traditional Hamheung naengmyeon lacks broth and is instead served with a spicy chili pepper-based sauce and topped with slices of raw skate or flounder. Pildong Myeonok and Ojangdong Hamheung Naengmyeon in Jung-gu are among those awarded the Bib Gourmand rating for the naengmyeon category. 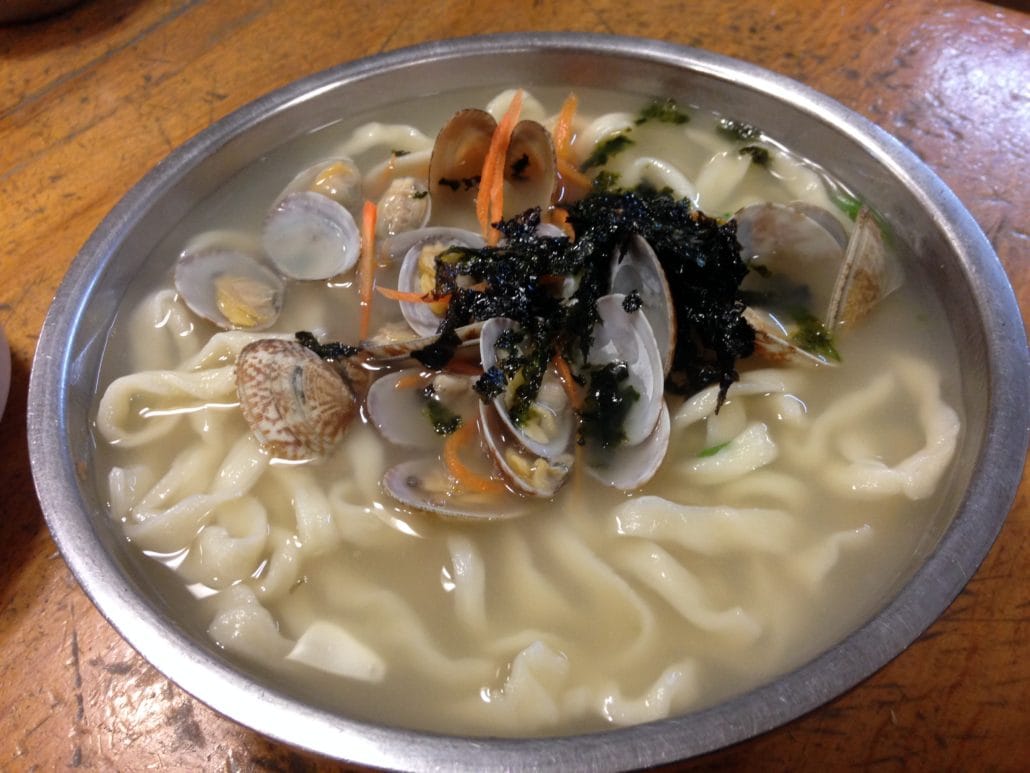 When it comes to Korean noodle dishes, kal-guksu is another favorite. A bowl of knife-cut wheat noodles, submerged in a piping hot pool of rich and hearty soup, is considered the ultimate comfort food, a popular choice of meal for all generations. Famed for serving delicious bowls of kal-guksu at good value, Chanyangjip in Jongno-gu, Mokcheon Jip(formerly known as Encore Kal-guksu) in Seocho-gu, Hwangsaenga Kal-guksu in Jongno-gu made the Seoul Bib Gourmand list. 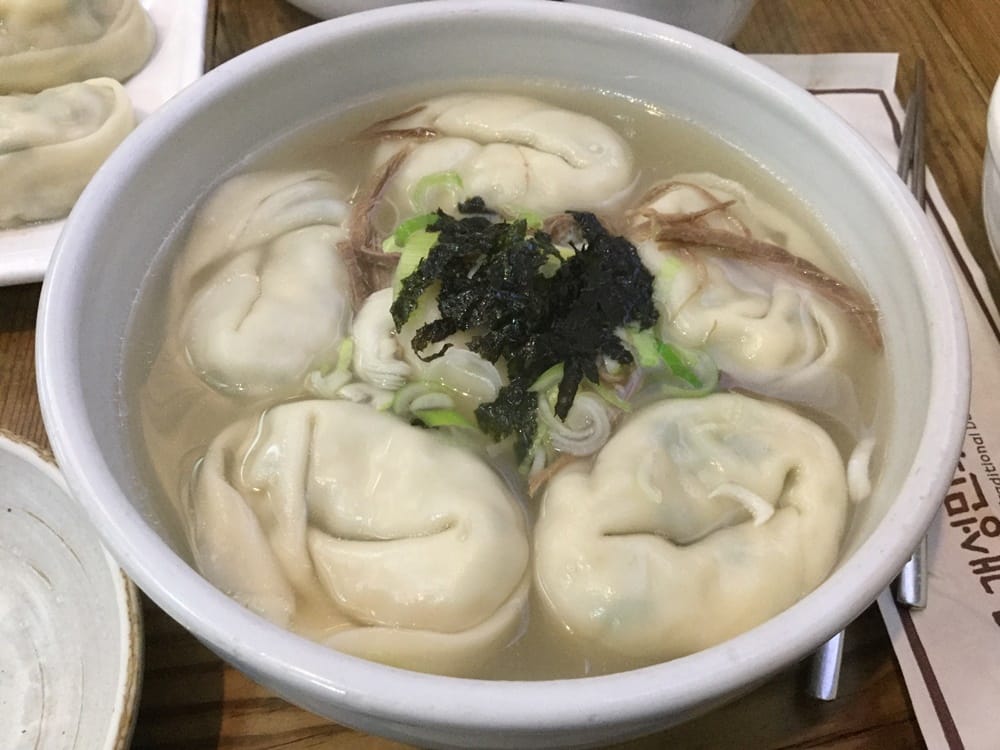 Pretty much every culture has its own version of dumplings – cooked parcels of dough with a sweet or savory filling in the center. Korea is no exception; mandu is both a popular snack and a holiday staple, dropped into soups, steamed, pan fried and deep fried. A total of four mandu restaurants received a nod from the Bib Gourmand list including Jaha Son Mandu and Gaeseong Mandu Koong in Jongno-gu. 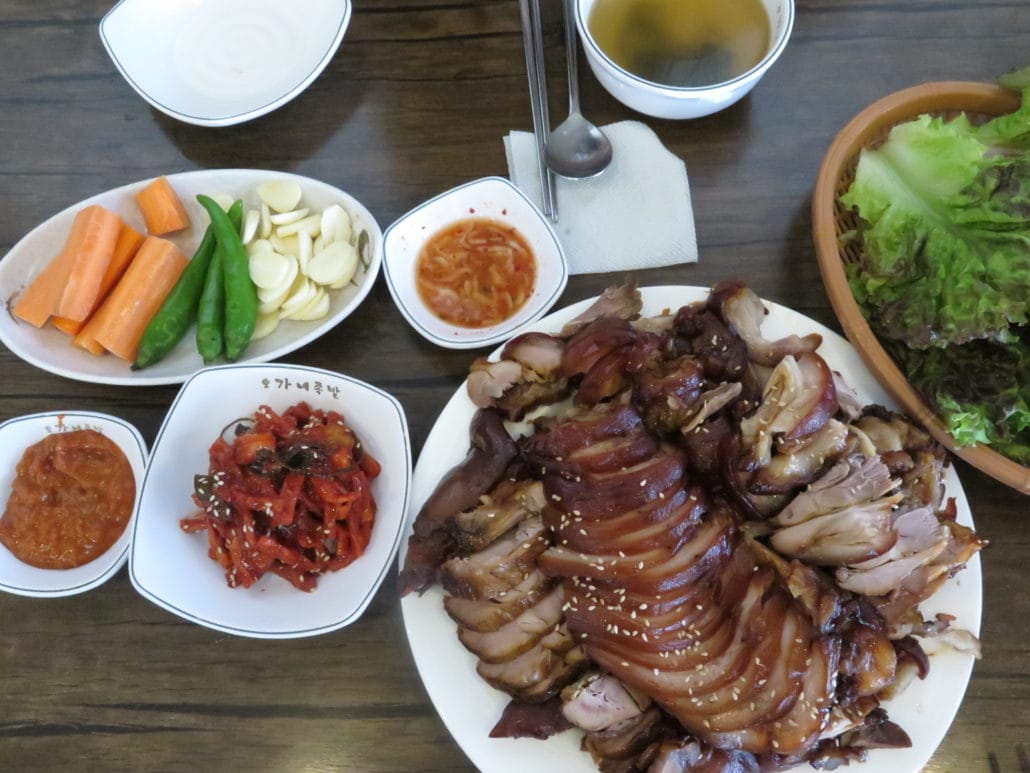 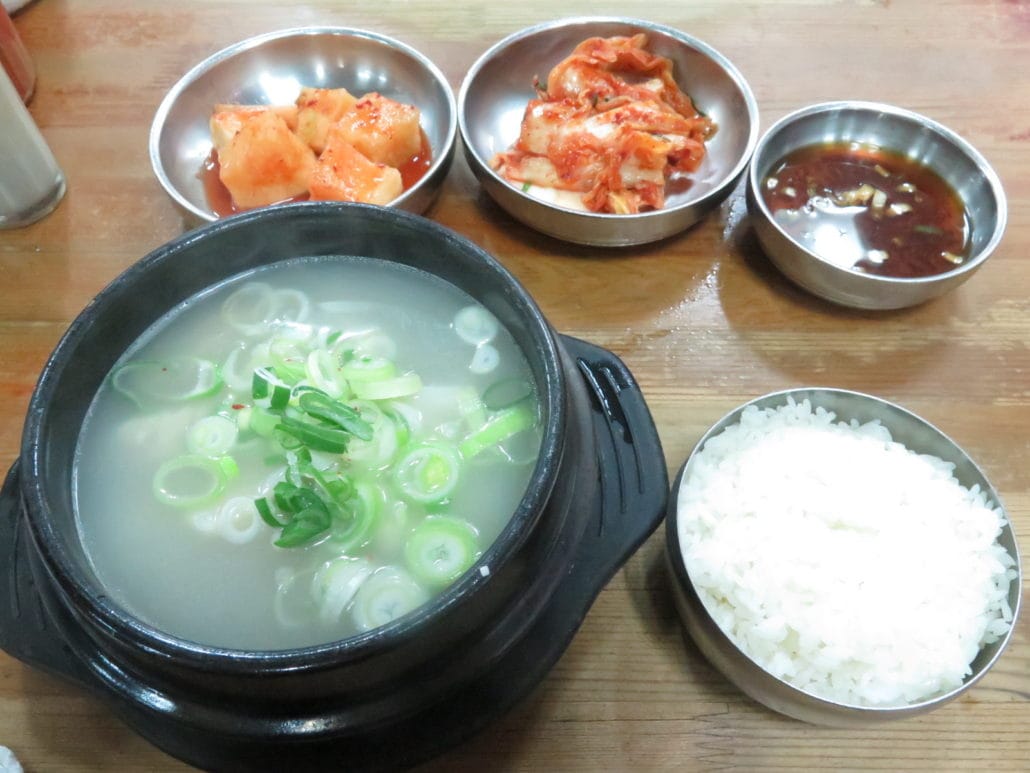 For the seolleongtang category, Michelin inspectors awarded Imun Seolnongtang in Jongno-gu, the oldest restaurant in Seoul. The establishment has been serving the iconic Korean dish, prepared by boiling various cuts of beef and ox bones, since 1900.