Known as the king of winter produce, fugu is a delicacy of pufferfish that is enjoyed throughout Japan. There are various species of fugu, but the speciality shops serve tora fugu, or tiger pufferfish in typical preparations such as thin slices of raw tsukuriand and comforting one-pot chiri nabe. 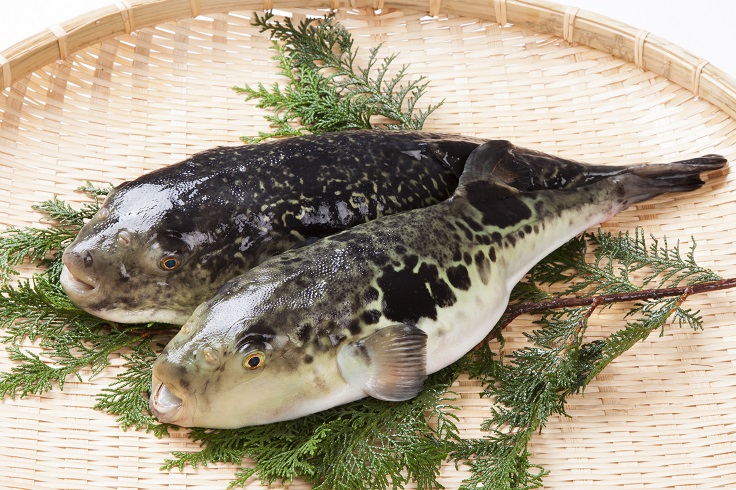 Known as the king of winter produce, fugu is a delicacy of pufferfish that is enjoyed throughout Japan. (Photo: shutterstock)

Although light and clean-tasting, fugu flesh contains glutamic acid and inosinic acid, and so has more umami than other white-fleshed fish. However, fugu’s cute balloon-like appearance and delicious taste belie its killer nature—its organs contain a deadly poison, and because the potential danger to the diner, it is sometimes referred to as a “gun” in Japanese. 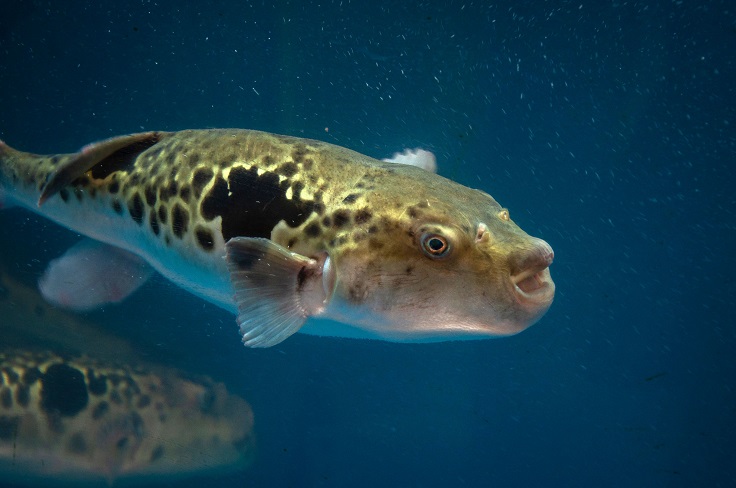 In the German fairy tale, Snow White falls into a coma after eating an apple, but in Japan people lose their lives eating fugu liver—and that is precisely where the mouth-numbing deliciousness is found. Consequently, a licence is required to prepare fugu and not only do chefs have to have knowledge and skill, they must also follow strict rules.

Most fugu in Japan is consumed in Osaka. West Japan is the leading production area, so fugu has long been available there at an accessible price and is a popular delicacy.

We check out two fugu specialty restaurants featured in the MICHELIN Guide Osaka. 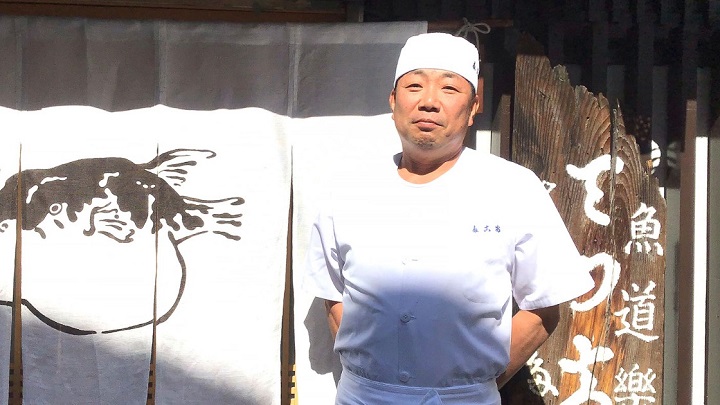 Founded in 1929, the running of this family restaurant has been passed down from generation to generation. Today, third-generation owner-chef Koji Kimura keeps the traditional flavours alive. 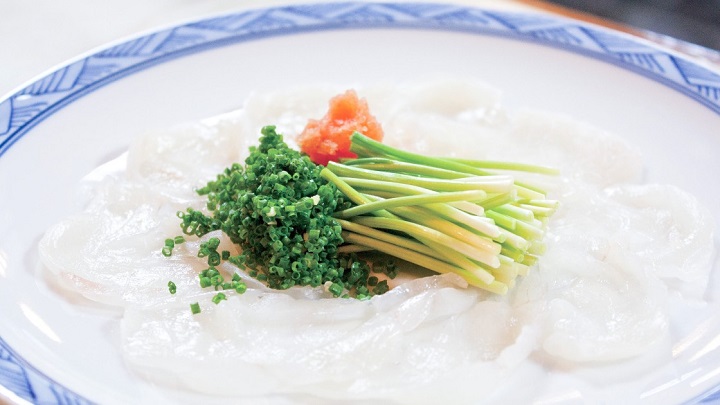 Kimura holds that the heavier the fish, the more flavoursome it is, going so far as to source wild-caught fugu weighing in excess of 6kg from the East China Sea. He prefers males for their shirako, which is the milt or sperm sacs. He ages the fish for several days to enhance the flavour. The sashimi is thinly sliced while the pieces that go into the shabu-shabu hotpot are cut thicker. 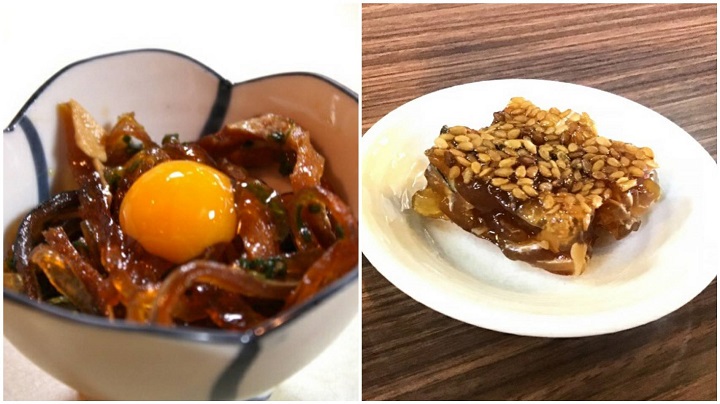 The fugu skin pickled in ponzu sauce is an invention of the founder. Creamy egg yolk rounds off the citrusy flavour of the dish.

The sesame nikogori is an invention of the current owner-chef, and features fugu meat encased in a gelatinous aspic topped with the fragrance of sesame which goes well with the sweet seasoning. 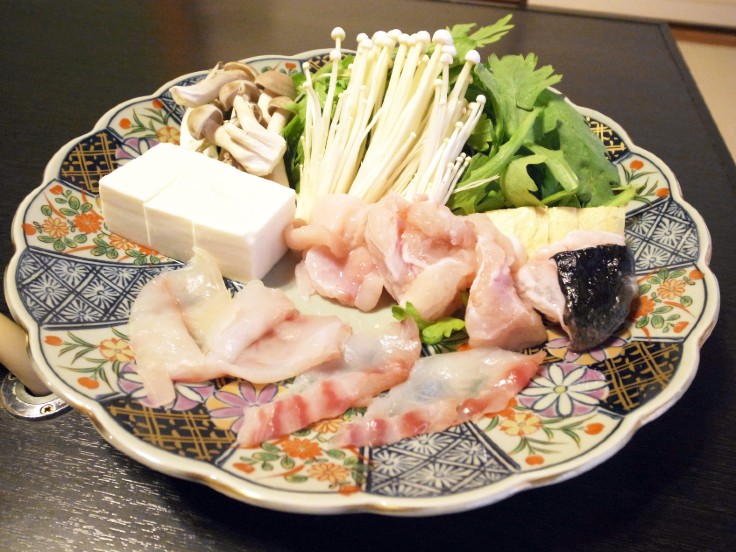 Another signature dish is the restaurant’s take on chiri nabe, stirred through with creamy fugu shirako, a creation inspired by a staff meal where the leftover milt is mixed into miso soup and enjoyed by the team. 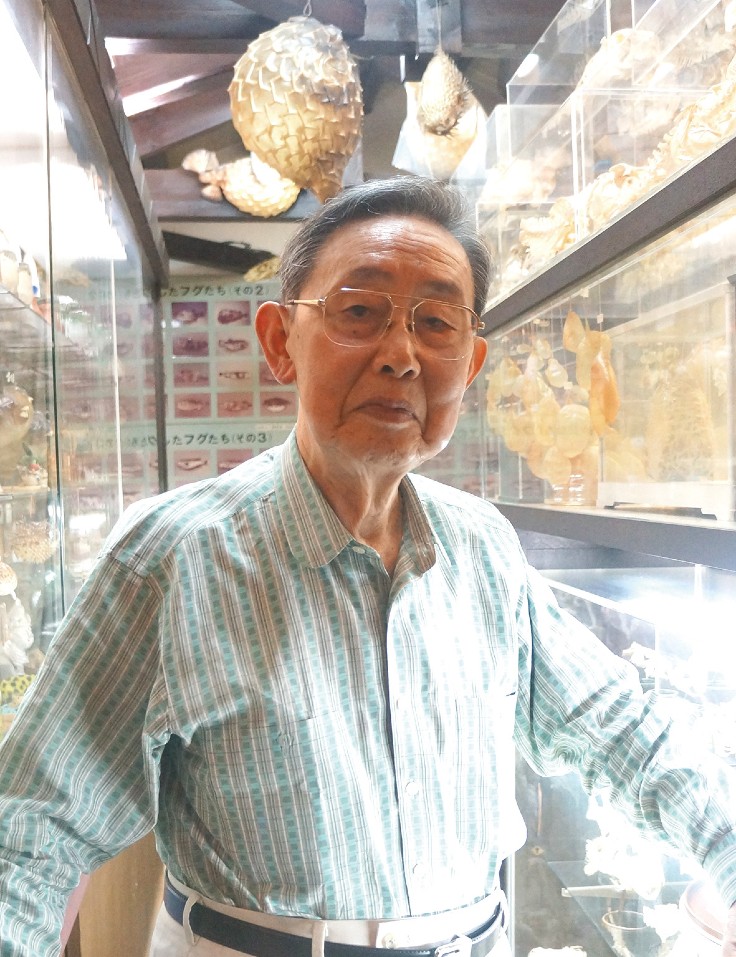 Born in 1928, Kiichi Kitahama is the world’s oldest two-star chef, affectionately known as “Dr Fugu”. Having dedicated his life to fugu, he started out researching pufferfish to eliminate the risk of food poisoning, but became fascinated by the fish and its mode of life. He laughs that, before he knew it, he too had “fallen victim” to fugu. 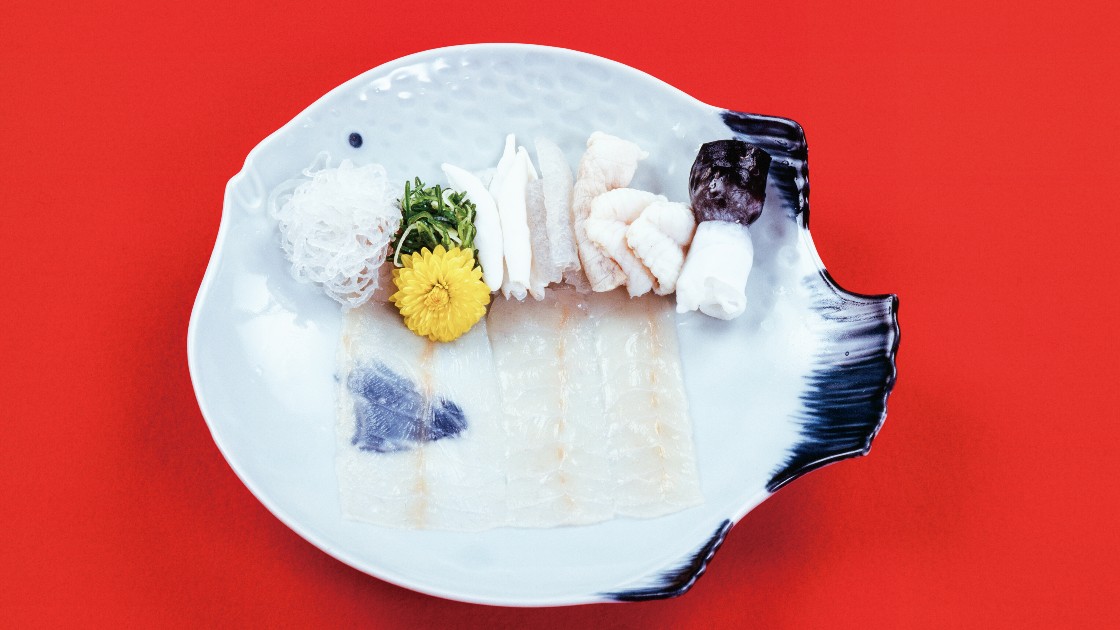 Based on research that says the number of cells in the organism is the same regardless of the fugu’s size, he prefers wild-caught fugu weighing less than two kilograms and lets them age for almost half a day. Because the umami cells align with the fibre in the flesh, he slices the sashimi thinly along the fibres. He serves it with ume for the synergy between the inosinic acid of the fugu and the citric acid of the Japanese plum. 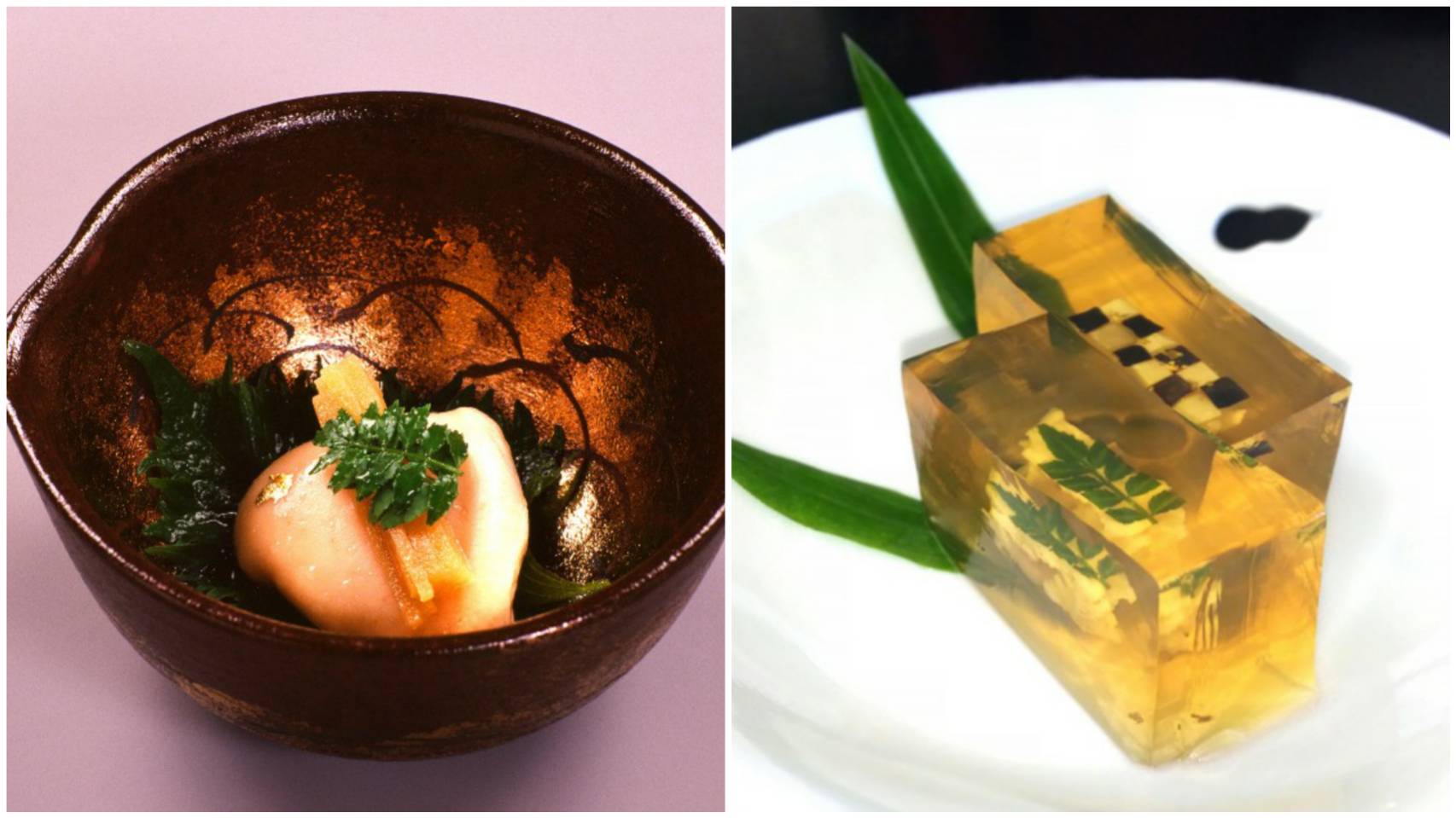 The shirako boiled in soup is a dish passed down from the founder who discovered a secret method to seasoning shirako which is conventionally thought to be impermeable to marinating.

The restaurant’s transparent nikogori is truly a thing of beauty; the skin of the fugu is artfully arranged within the aspic into a black-and-white chequered pattern that exudes Japanese precision. 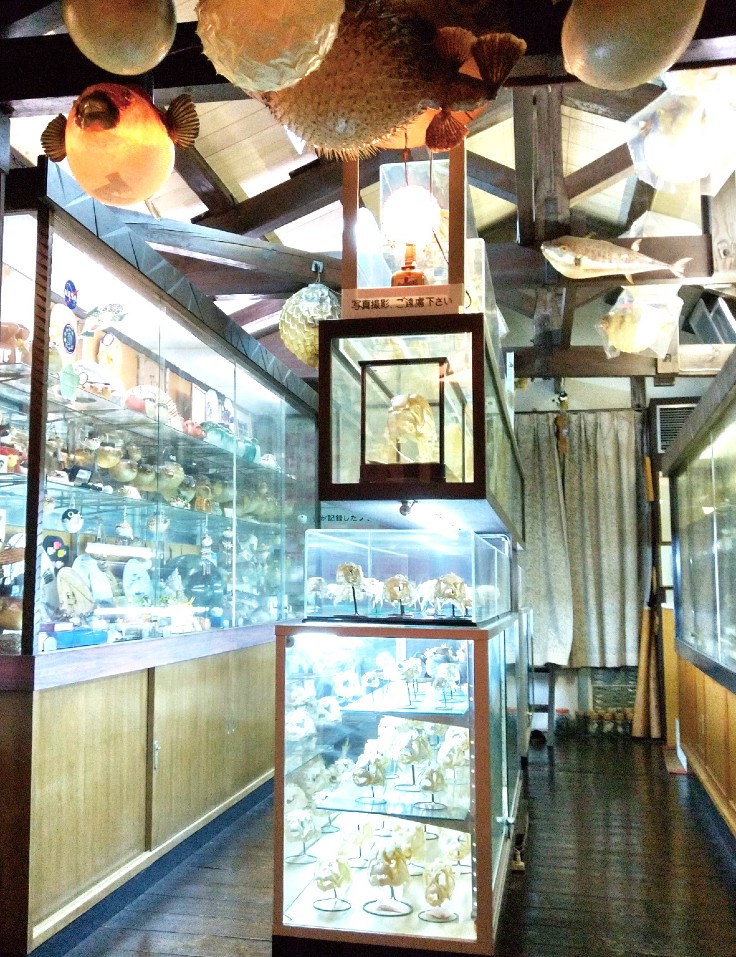 Kitahama also opened the Fugu Museum where he exhibits documents and specimens that have been part of his many years of research. He says that researchers from all over the world visit the museum to further their ichthyological knowledge.

Both Michelin-recommended fugu specialty restaurants in Osaka demonstrate their proprietors’ extraordinary love for the delicacy. Kimura’s skills are derived from the experience of three generations, passed down from father to son, while Kitahama dedicated a lifetime to researching the fish from a scientific standpoint. This unique food culture has persisted through the centuries and continues to beguile adventure-seeking diners. Despite the risk of being poisoned (or perhaps because of it), fugu holds an almost mysterious appeal that goes beyond its taste.

Why do Japanese people enjoy fugu so much that they do so defying the danger? Well, you’ll never know until you try it for yourself!