Made famous in the 1980s by the late Denis Watkins – the ‘Godfather of the Gastropub’ –, the Angel Inn was renowned for its fresh, flavoursome and good value cooking.

Often mentioned in the same breath as Sharrow Bay on Ullswater and The Box Tree in Ilkley, the landmark inn became widely regarded as having helped to transform the standard of cooking in British pubs.

To the delight of many, the 15th century inn was recently acquired by Michael Wignall and his wife, Johanna, in partnership with James and Jo Wellock of Wellocks food suppliers. 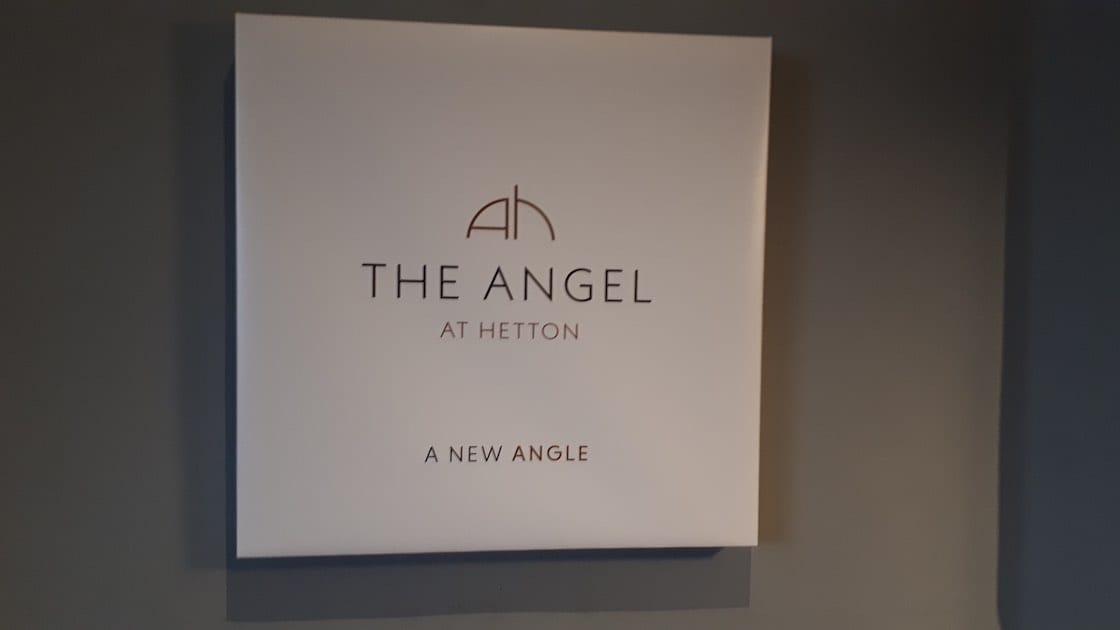 We sat down for a chat with Michael after a recent dinner at the newly rejuvenated inn:

So how did this all come about?

James and I have known each other for many years; he used to supply me with fruit and veg when I was head chef down the road at The Devonshire Arms (2002-2007).

As I’ve moved around the country, he’s continued to supply me and I’ve watched his business grow into what is now a huge company.

He lives nearby and was keen to be involved as soon as we learned that there was a possibility we could purchase The Angel.

Having worked close by, you must have known of The Angel’s reputation?

Yes of course! I remember coming here many years ago with Reg Gifford who was the owner of Michael’s Nook hotel, where I was head chef at the time (1998 – 2002).

I recall eating their ‘Money Bags’ dish – seafood in pastry – which they were renowned for.

I feel I have been given a great opportunity – to enhance the reputation The Angel Inn has always had. 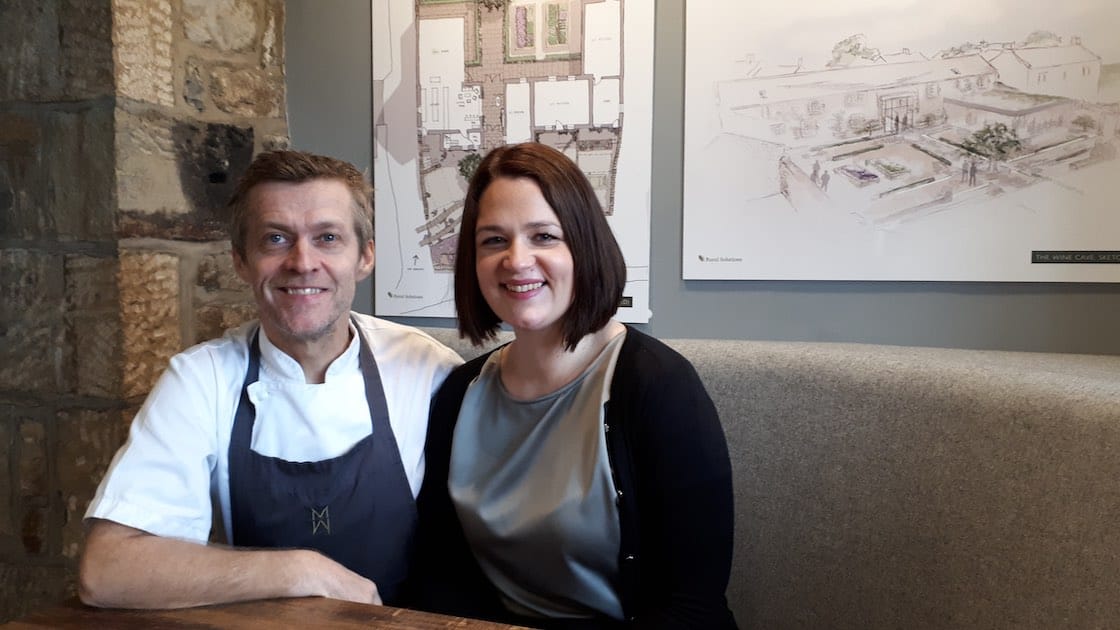 Judging by the designs you’ve hung on the walls, it’s going to be an exciting few months. What have you got planned?

We bought The Angel last September and closed for a short time to redecorate. Since then things have gradually been getting busier as we’ve stamped our own mark on the place.

The summer will see us opening The Cove, named after Malham Cove: this will be a 25 cover restaurant located in the building across the road. We also plan to refurbish all the bedrooms to a very high standard and to increase their number from 9 to 12.

Once that’s all completed, we will concentrate on the original inn, refurbishing the restaurant and putting in a new kitchen.

What about the cooking?

While we make all these changes, we’ll concentrate on cooking dishes that will appeal to our guests.

In the bar, we’ll continue to offer simple snacks like soup, homemade sausage rolls and fish finger sandwiches, while in the restaurant, dishes will have a classic base paired with a modern style.

The ingredients are very good up here; game in particular is superb and I love to cook with it. I’m not too old to experiment but we’ll keep it sensible; the food will be recognisable and will offer good value.

The cooking at The Cove will be on another level though; much more sophisticated, and with more elaborate combinations – something very similar to what I was doing at The Latymer and Gidleigh Park.

It can be difficult buying an establishment with an established reputation. What has been the reaction here and what are people saying about the plans you have for The Angel?

So far, the reaction has been very good. People seem to like what we’re doing and the numbers are going up each month.

I was really pleased when Reg Gifford paid us a return visit. Having worked for him, I know he has very high standards but he enjoyed his meal with us – and that’s good enough for me.