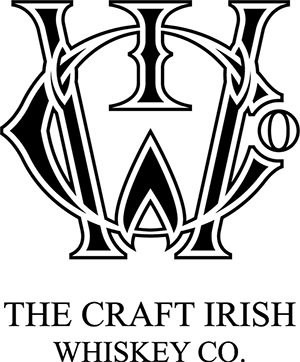 The Michelin Guide Great Britain and Ireland 2021 was launched on 25th January at a special online event. In what has been a challenging year for those working in restaurants, Michelin were delighted to award 2 new Three Stars, 3 new Two Stars and 17 new One Stars, as well as 16 new Bib Gourmands.

Alongside the announcement of these distinctions came four special awards:

The Sommelier Award is sponsored by The Craft Irish Whiskey Co.

It was won by Karine Canevet from Maison Bleue restaurant in Bury St Edmunds, England.

Karine manages the wine list of over 300 wines at Maison Bleue in the centre of Bury St Edmunds. She owns this popular restaurant along with her chef husband Pascal, and runs it with a relaxed, self-effacing charm, ensuring that guests are put at ease, and treating regulars and occasional diners with equal attention and respect.

The couple hail from Brittany and Pascal’s assured cooking is classically French at heart, with modern touches and the occasional Asian influence. Seafood is a highlight – as are the excellent French cheeses, and dishes might include Norfolk quail with raspberry vinegar sauce, roasted black cherry and broccoli purée, or green apple 'mousse' with cocoa butter, salted caramel and hazelnuts.

The main wine list is rooted in the classic regions of France, though other European regions do play a large part in its makeup and the New World most certainly isn’t an afterthought. The Michelin inspectors noted the breadth of the selection, which includes wines from Brazil and the Lebanon.

The ‘fine wine’ selection by the glass is aimed firmly at the connoisseur but annotated with detailed and incredibly useful tasting notes which ensure that it’s accessible to all. This is supplemented by a longer list of wines all available by the glass and bottle – as well as by the 50cl carafe.

A great degree of Maison Bleue’s charm is the way it is so passionately and professionally run and a large part of that is down to worthy winner Karine, who also works tirelessly to ensure that wine is an intrinsic part of the overall dining experience.

This post is brought to you in partnership with Craft Irish Whiskey Co.

Where to go for date night or a romantic dinner à deux in London, the UK and Ireland

Innovative Cuisine in the UK and Ireland

Restaurants in the MICHELIN Guide that push the boundaries

2021 innovation
All articles of Features

Counter Dining in the UK & Ireland