Earth Day began in America in 1970, entered the world stage in 1990 and is now marked by over a billion people across the globe. Celebrated each year on 22nd April, the theme for 2021 is ‘Restore Our Earth’. This concept rejects ‘mitigation and adaption’ as the only ways of addressing climate change and instead focuses on ‘natural processes, green technologies and innovative thinking’ in order to help restore the world’s ecosystems.

The day is formed around five key pillars, one of which is ‘Food and Environment’. It asks us to assess our ‘Foodprint’ – a measure of the environmental impacts associated with growing, producing, transporting and storing food, from the natural resources consumed to the pollution and greenhouse gases produced.

A healthy planet is not an option – it is a necessity
(earthday.org)

We are often asked to stop and think about our transport choices or whether we’re using energy efficient appliances in our homes but rarely are we encouraged to stop and think about how what we are eating effects the planet; when, in fact, our eating habits impact the environment in so many different ways – from a loss of forests and biodiversity to an increase in greenhouse gases and pollution.

It is thought that around a quarter of the world’s greenhouse gas emissions come from food production, with meat and animal products contributing more than half of this figure. Raising cattle and other animals has a huge impact on the planet, as it requires the clearing and repurposing of large areas of habitat, releases high levels of the most potent greenhouse gas – methane – into the atmosphere, and produces many other detrimental by-products through its production, packaging and transportation. 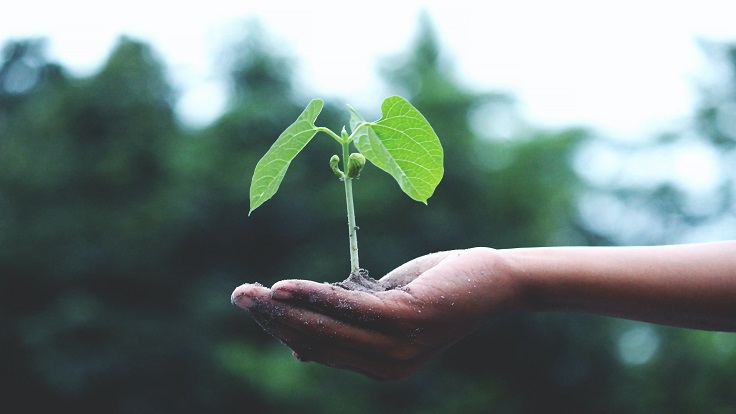 The environmental impact of different foods varies greatly: beef has the largest effect, with lamb and farmed fish also placing near the top of the list, while tofu, beans and nuts come in towards the bottom.

Within each category however, there are also sliding scales of impact, depending on where and how each food was produced, packaged and transported. Beef, chocolate and coffee originating from deforested rainforests, for example, produce much higher levels of greenhouse gases than those from natural meadows and pastures, while vegetables grown in artificially heated greenhouses have more of an impact than those grown outside.

While you will rarely know the backstory of how something has been produced, it is always worth checking the labels for the country of origin or, even better, to buy directly from producers or local markets. The further produce has had to travel, the more emissions that are produced, and the greater the need for bulky, often single-use, protective packaging.

How can we reduce our impact on the planet?

*Choose seasonal foods which are naturally in abundance at that time of year, rather than those requiring artificial cultivation methods or importing from abroad
*Buy locally sourced produce to reduce transport emissions and bulky protective packaging
*Replace meat and dairy items with plant-based products and proteins
(by cutting out meat and dairy completely, an individual’s carbon footprint could be reduced by two-thirds)
*Incorporate parts of ingredients into your recipes which you might traditionally discard, such as stalks and peelings
*Throw less food away by planning meals, avoiding last minute impulse-buys and ordering your fridge and cupboards by expiry date 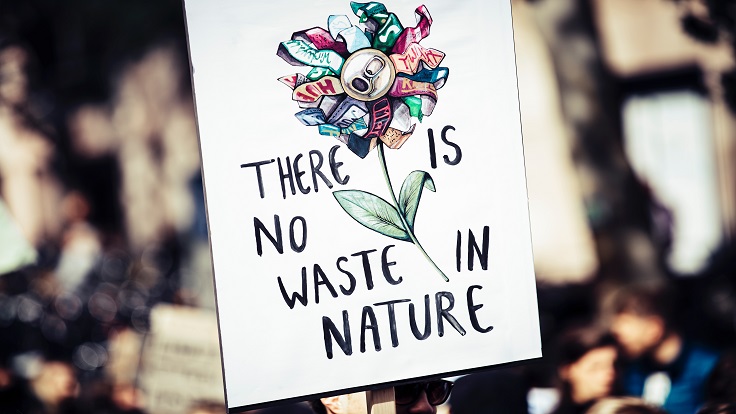 As the world returns to normal, we can’t go back to business-as-usual
(earthday.org)

As the world tries to recover from Covid-19, we should look less at a return to how thing were and instead look at how they could be. Over lockdown we saw examples of wildlife returning to urbanised areas and saw glimpses of how the world could flourish without human intervention. Now that the UK and Ireland are starting to open back up, it is the perfect time for us to form new habits and to protect, and work in harmony with, the planet’s flora, fauna and finite resources. Now is the time for a new way forward.