Fine dining literally reaches new heights with these chefs from Michelin-starred restaurants in the sky designing the in-flight menus.

Airplane food, like hospital food, is famously unappetising, but over the past few years, collaborations between airlines and award-winning chefs have really taken off. Earlier in 2019, Air France announced its program with renowned restaurants which will see celebrated chefs like Michel Roth, Regis Marcon and Anne-Sophie Pic design the menus in business class and La Premiere for long-haul flights departing Paris. Last month, Air France also announced an exclusive partnership with Julien Royer of two-Michelin-starred Odette for new dishes in La Premiere and business cabins on flights from Singapore to Paris, while Japan Airlines will offer meals by chefs from Michelin-starred restaurants like Shinobu Namae, head chef of two-Michelin-starred L’Effervescence.

Here's how to fly for a taste of the food prepared by the world's top chefs while you're at the top of the world. 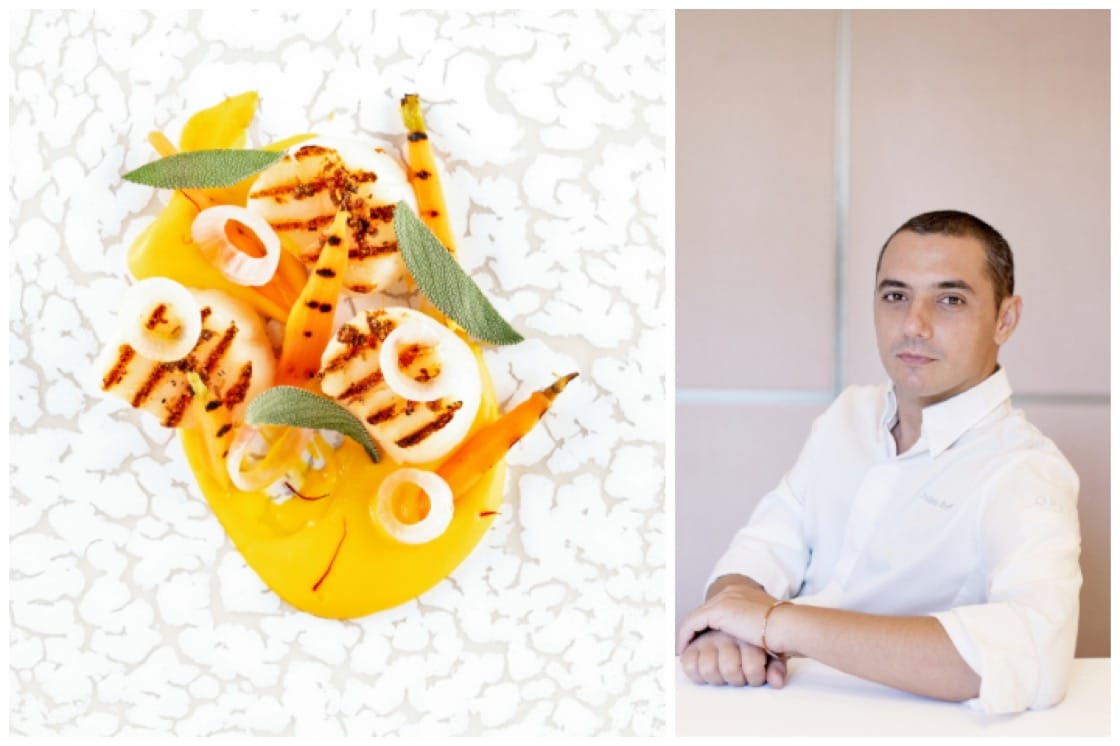 What our inspectors say about Odette: What was once the registration room of the Supreme Court is now the most discreet and intimate of restaurants - named by Chef Julien Royer after his grandmother. His artfully presented modern cuisine shows plenty of finesse and uses subtle Japanese influences. Fish is from Japan and New Zealand and only the best organic produce from local farms makes it to the table. Try his signature pigeon dishes, available year round with seasonal garnishes.

What our inspectors say about Régis et Jacques Marcon: The Marcons' cuisine pays tribute to mother nature, as does the superb glazed building. Autumn is their favourite season, when they go out hunting for mushrooms in the thick undergrowth covered in a carpet of ruddy leaves. Try the local reared meat, green lentils from Puy, regional cheese and hand-picked mushrooms.

What our inspectors say about Maison Pic: 1934, 1973, 2007. Following on from André and Jacques, it is now the turn of Anne-Sophie to run this restaurant, proving that the Pic family history is firmly entwined with that of excellent cuisine. The same quest for perfection, the best ingredients and perfect presentation is still evident here. Impeccable, contemporary-style dishes are served with great attention to detail.

What our inspectors say about Bayview: With its chic, carefully designed decor and large bay windows facing the lake, this restaurant provides the ideal setting to enjoy the elegant cuisine. French classics are reinterpreted with creativity and subtlety, and the carefully produced dishes are chic and contemporary. 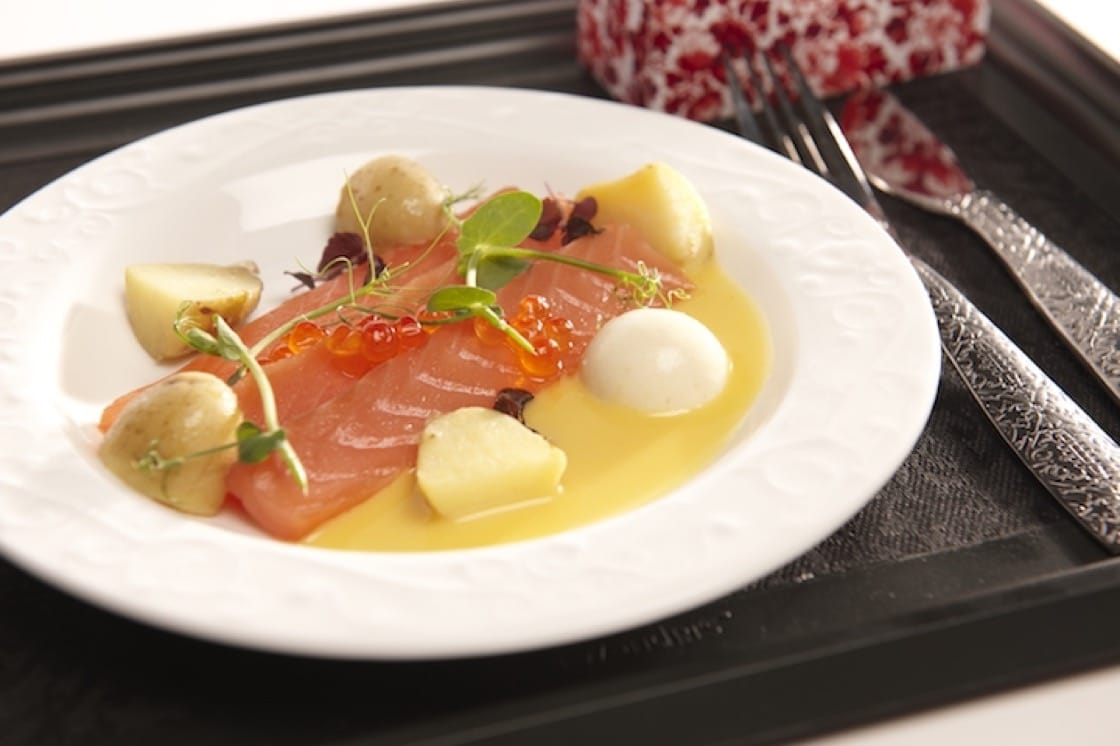 First-class dish dreamed up by Jonnie Boer for KLM

What our inspectors say about De Librije: Housed in a former prison, this restaurant has an inner courtyard with a lounge-style dining room crowned by a glass roof. The chef focuses on high quality ingredients, which he uses to create imaginative dishes that are full of flavour. 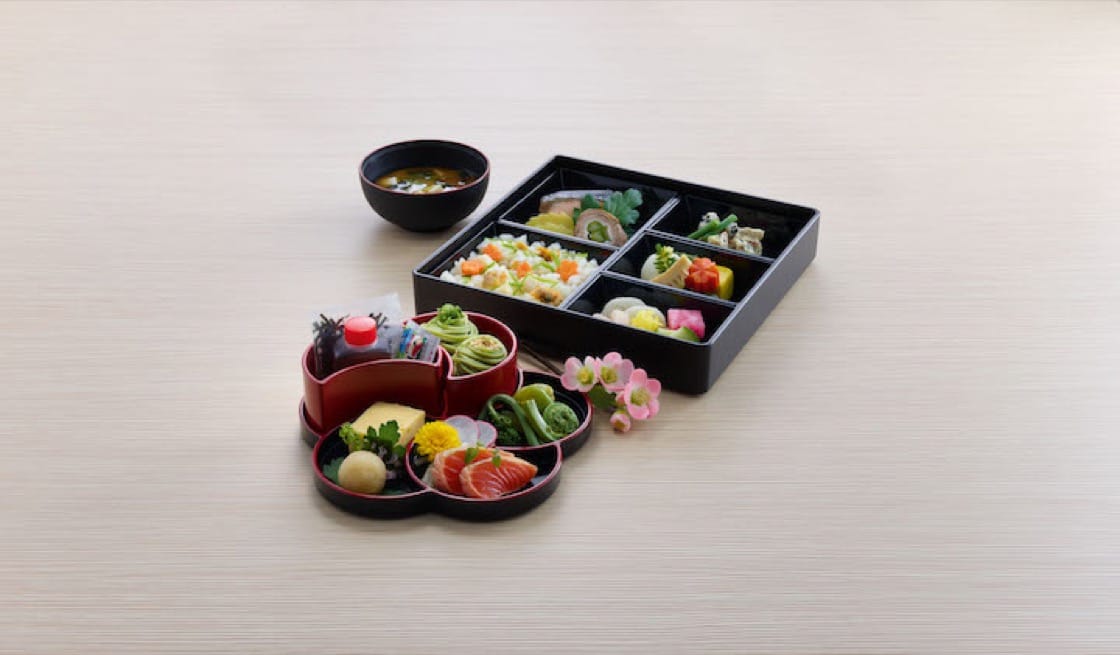 What our inspectors say about Kikunoi Honten: Owner-chef Yoshihiro Murata’s ancestor was tea-server to the wife of Hideyoshi Toyotomi, the feudal lord who unified 16C Japan. Established two generations ago, the restaurant is named after the well from which the water was drawn. The ‘Kakure-ume’ appetiser has ume hidden under shirako, as a metaphor for winter and spring, and expressing anticipation of the verdant season. The ‘Awabi-Isoyaki’ dish is a summer tradition, featuring awabi and uni.

What our inspectors say about Georges Blanc: The food writer Curnonsky once dubbed Georges Blanc's grandmother the "best cook in the world". Tradition, albeit revisited, is still the order of the day at his Vonnas restaurant. The menu offers classics such as, Bresse chicken and rich sauces prepared with the expertise of a great chef. A true gourmet experience. 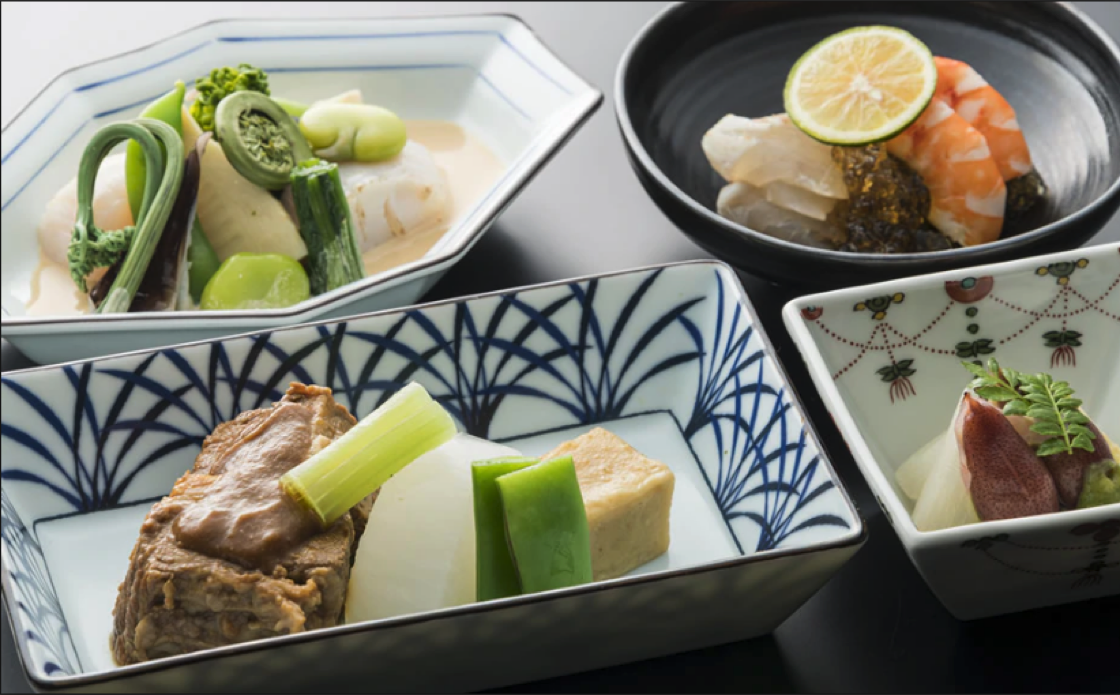 What our inspectors say about Ginza Okuda: This is the sister restaurant of Ginza Kojyu and the style of the dishes is similar. In charge of the kitchen is an head chef who trained at this restaurant and at a ryotei in Kyoto. In the spring, the razor clam and wild vegetables is a standard dish; in summer, there is chargrilled ayu and wild caught unagi. At the end come dishes such as takikomi-gohan with hamo and Awajishima onions. The dishes are orthodox yet original.

What our inspectors say about L'Effervescence: The theme at this restaurant is to express Japanese terroir through the filter of French cuisine. Dishes are created through a combination of intuition and analysis, with a core respect for nature and innovation. The service team attentively tends to guests in the stylish dining room.