Walk down this quiet residential street in Bangkok’s hipster Ekkamai neighbourhood in the evening and you’ll come upon a white two-storey bungalow, its front yard bathed in the cheery glow of fairy lights. A long wall of 30 craft beers on tap greets you as you step into the boisterous Mikkeller Bangkok bar. 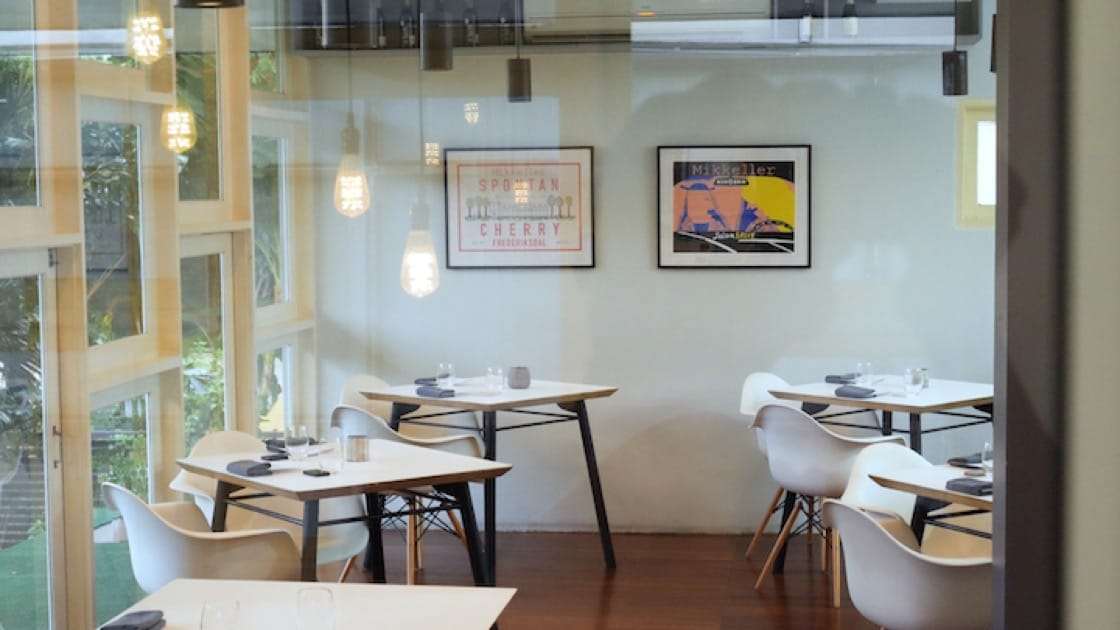 The homey interiors of Upstairs At Mikkeller (Pic: MICHELIN Guide Digital)
Bark, who was born in South Korea, cut his teeth at the now-defunct Avenues in Chicago under renowned American chef Curtis Duffy. This was where he had his first brush with Michelin stardom: when the guide was launched in Chicago in 2010, he was on the team that helped Avenues earn its two Michelin stars. He rose through the ranks to become the sous chef of Duffy’s now-defunct three-Michelin-starred Grace, which opened in late 2012.

In 2014, with dreams of opening his own restaurant, Bark moved to Bangkok with his then-girlfriend, now wife Fay Tragoolvongse, whom he had met while they were both working at Avenues. “Since I was a child, I always wanted to have a restaurant. I came from a really poor family and one time, we went out to a fried chicken place. We were getting served, they cleared our dishes away. And coming from a poor family, that was a mind-blowing experience and I just thought: ‘I want everyone to feel this’,” he says.
Advertisement
Advertisement 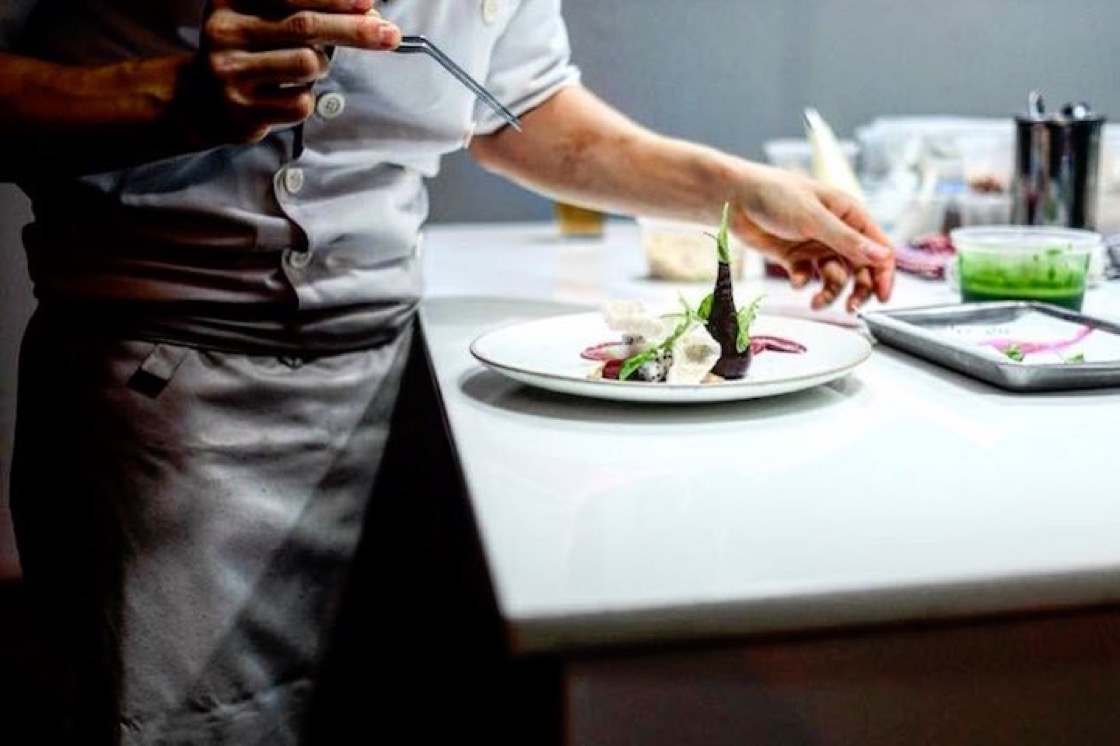 Bark serves up his interpretation of Progressive American cuisine (Pic: Upstairs At Mikkeller Facebook)
In Bangkok, he began serving casual a la carte fare at the Mikkeller Bar. When opportunity knocked for the couple to take over the space upstairs, they jumped on the chance to open their dream restaurant and named it, well, Upstairs.

The cosy dining room on the second floor features the chef’s progressive American 10-course tasting menu created to complement the Mikkeller bar’s range of craft beer, cider and mead. For Bark, it is a very personal cuisine. “I say ‘American’ not in the way of steak and potatoes, but a melting pot of different cultures and cuisines.”

We find out what it was like for him when his restaurant received a Michelin star in the inaugural MICHELIN Guide Bangkok 2018. 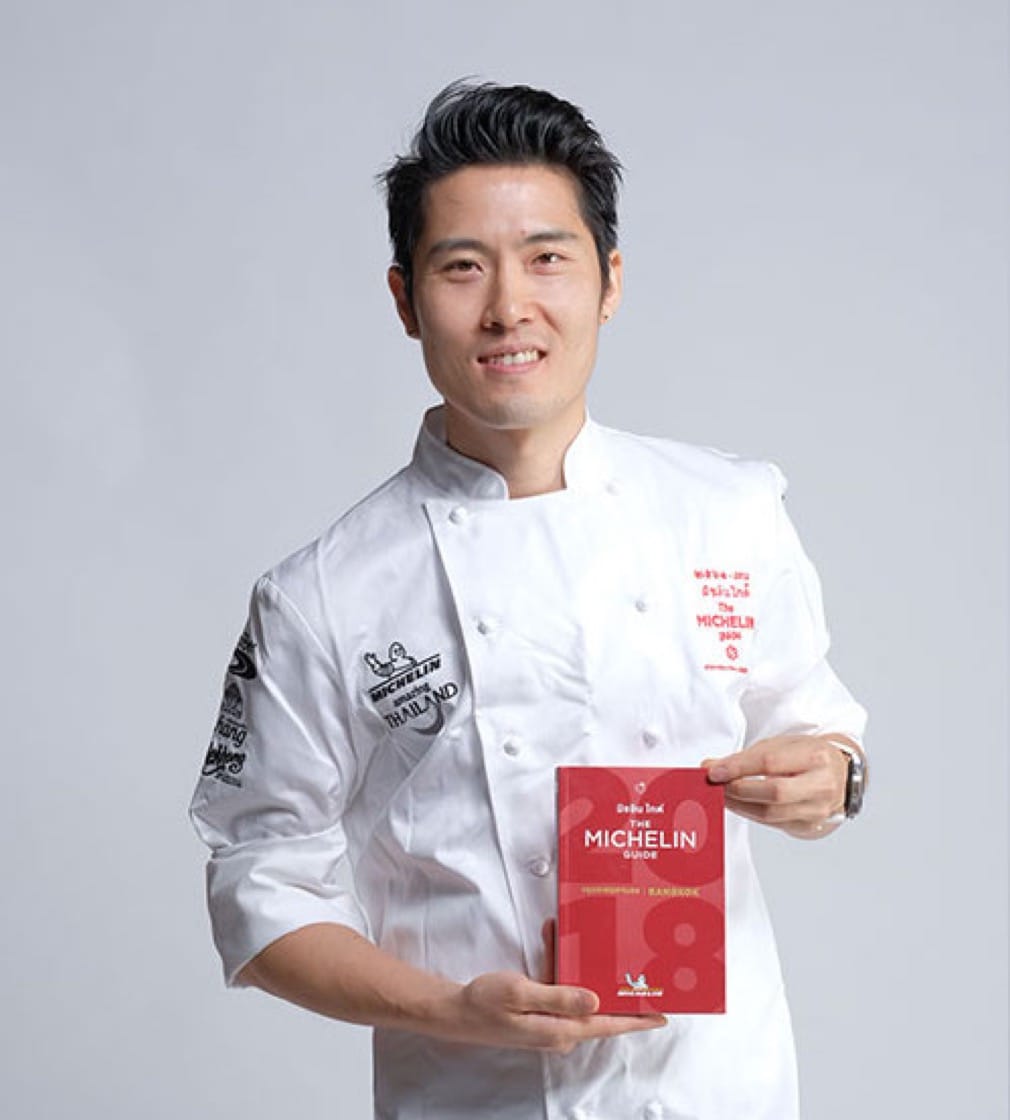 What was your first encounter with the MICHELIN Guide?
The MICHELIN Guide wasn’t in Chicago yet when I was there working at Avenues — that was when I first met Curtis Duffy. After a few years of working there, the guide was launched in 2010 and Avenues got two Michelin stars. As a chef, you always know about the guide but you don’t realise how big an impact it has on a city. That was my first experience with the guide and it was eye-opening.
How did you feel when Upstairs At Mikkeller received a Michelin star in the inaugural MICHELIN Guide Bangkok 2018?
I still can’t believe it. I bawled actually. After the Michelin gala, the next morning I was in the kitchen working by myself and then it finally hit me that we won a star and I bawled. I think there were so many things going on the night before that I couldn’t really process it, but when you’re alone in the kitchen and you can see what you’ve built, you can’t help but feel emotional.

How did you celebrate?
After the gala, we came back to the restaurant and we drank a little bit, hugging everyone and celebrating with the staff. But we had service the next day so we couldn’t go too crazy. Not partying hard on a school night is an important rule in our kitchen. A lot of our staff, they come from humble backgrounds like me and they always put the restaurant and guests as priority. It’s a selfless job that doesn’t usually reward you, so when you have moments like that that reward you, it makes the tough times easier to handle. 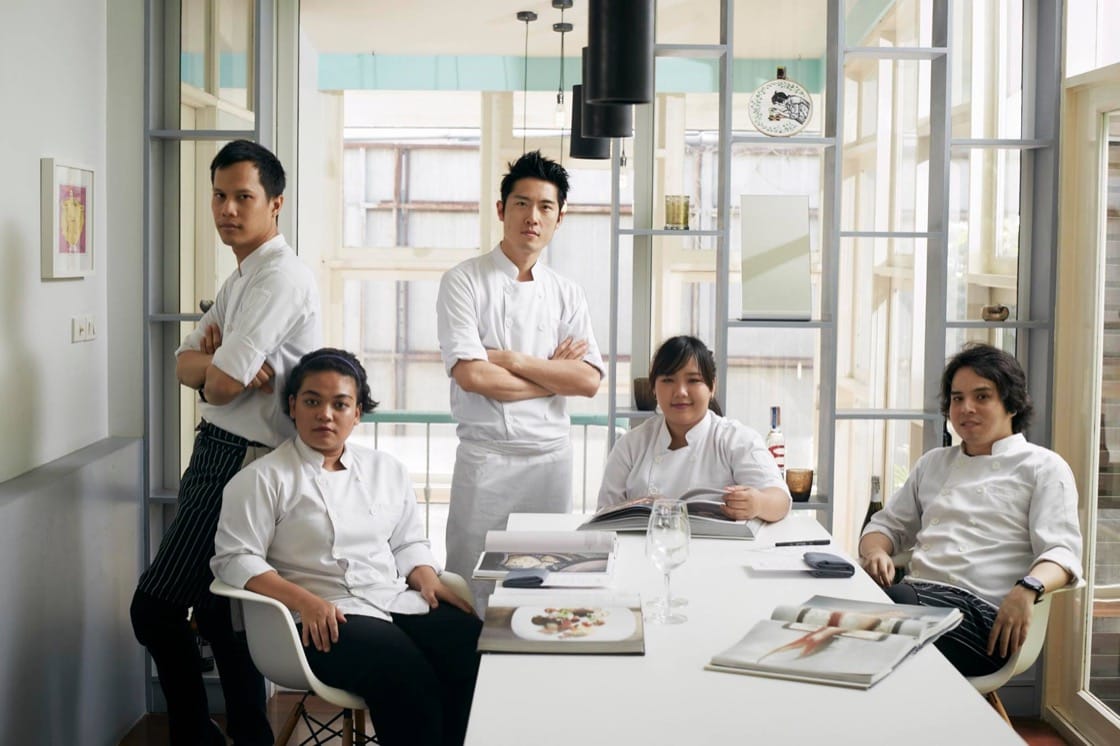 What advice do you have for young chefs that aspire to receive Michelin stars?
Take it slow and focus on your cutting board for now. I think if you’re too busy looking at the stars, you forget what’s right in front of you. I’d say slow down, make sure your knife is sharp, make sure you know how to slice an onion, season food, control the temperature. And once you’ve done these steps, one day, you look up and the star will be there in front of you.

READ ALSO: The First Day We Got Our Stars: Thitid Tassanakajohn Of Le Du In Bangkok