The First Day We Got Our Stars: Siu Hin-Chi

Siu struggled to find his voice in Cantonese cooking before hitting his stride and earning stars for T'ang Court, Duddell's and most recently, Ying Jee Club in Hong Kong.

If we’re talking about the star chefs in town, chef Siu Hin-Chi is surely in the conversation, not in the sense of a high-profile celebrity chef all over the media, but the ability to continually own restaurants that snatch up Michelin stars. He helped T’ang Court achieve two Michelin stars in 2009, and took the second star for Duddell’s in 2015. In the 2018 MICHELIN Guide Hong Kong Macau, he repeated the feat once again, bringing Ying Jee Club to one-star status within just four months of opening.

As humble as an honour-decorated chef can be, Siu said in response to his success, “It’s thanks to our marketing department and the media. The whole management made this come true.”

Compared to the bright history he’s had in recent years, less mentioned is a period when Siu tried to find his voice in Cantonese cooking. 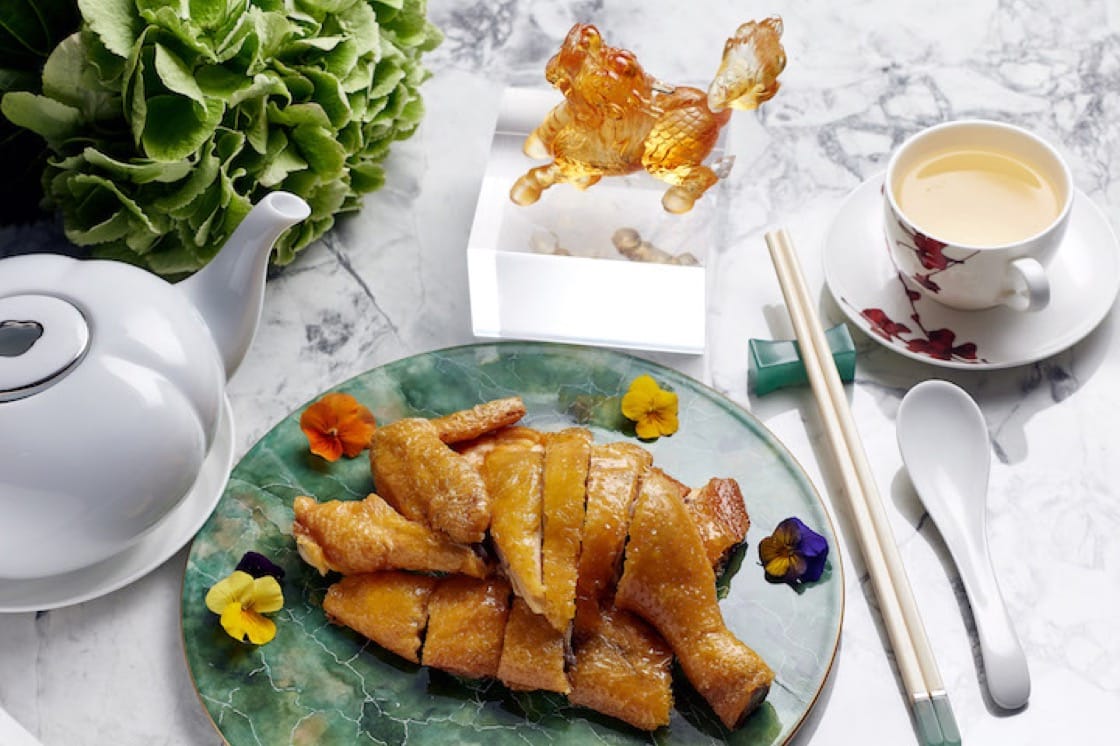 Crispy salted chicken was air-dried naturally and deep-fried on order. That’s why the chicken skin turns out perfectly golden and crispy to complement the aromatic, salty meat.

We travelled back in time to 1979, when Siu was only 16 years old. Construction, renovation and cooking were the most popular occupations those days; at that point, he was struggling with finding a job to feed himself and develop a trade. He had always enjoyed eating and had some experience cooking at home, so he decided to work in a kitchen and took advantage of the free meals offered to the restaurant staff. It was not so much a lifelong dream but a decision for survival.

“I just cleaned the kitchen every day—I had no chance to chop any food,” Siu says of the first five years of his career. The lackluster tasks and long working hours were tough on him, but it didn’t crush his determination. Seeing the chef at the restaurant who set himself apart from his sous chef with eloquent technique gave him the motivation to carry on. 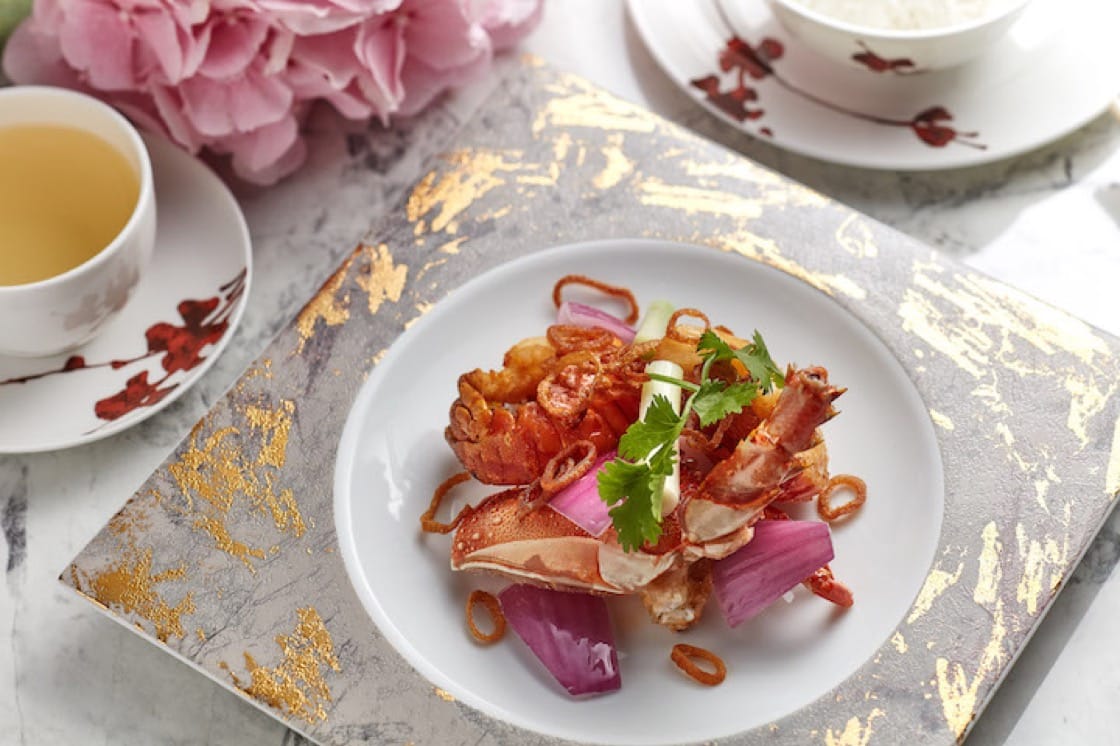 Stir-fried sliced lobster with shallot, red and spring onions is a signature dish at Ying Jee Club. The lobster weighing at five to six teals appears just cooked with a crunchy exterior. That requires lots of technique in deep-frying.
The Road to the Peak

“In those days, the chef and sous chef only cooked the most expensive dishes. They also made stir-fried milk as it was highly difficult. I thought they were great, looking at them frying the milk without it sticking to the wok,” Siu says, adding that the chefs in the past wouldn’t teach their juniors directly. "If you wanted to learn, you would have to observe on the side when they were cooking, hoping they would give you some tips in the process. They point you to one direction. We digest the words and practise.”

Keeping his head down and working hard paid off for Siu.

“One night, four or five apprentices were cooking Singaporean stir-fried vermicelli for supper. We all worked on separate stoves. The chef only came to mine and ate my noodles. I felt very proud at the time,” he says. Since then, the chef gave him more chance to cook during services. And that was a breakthrough in his career. 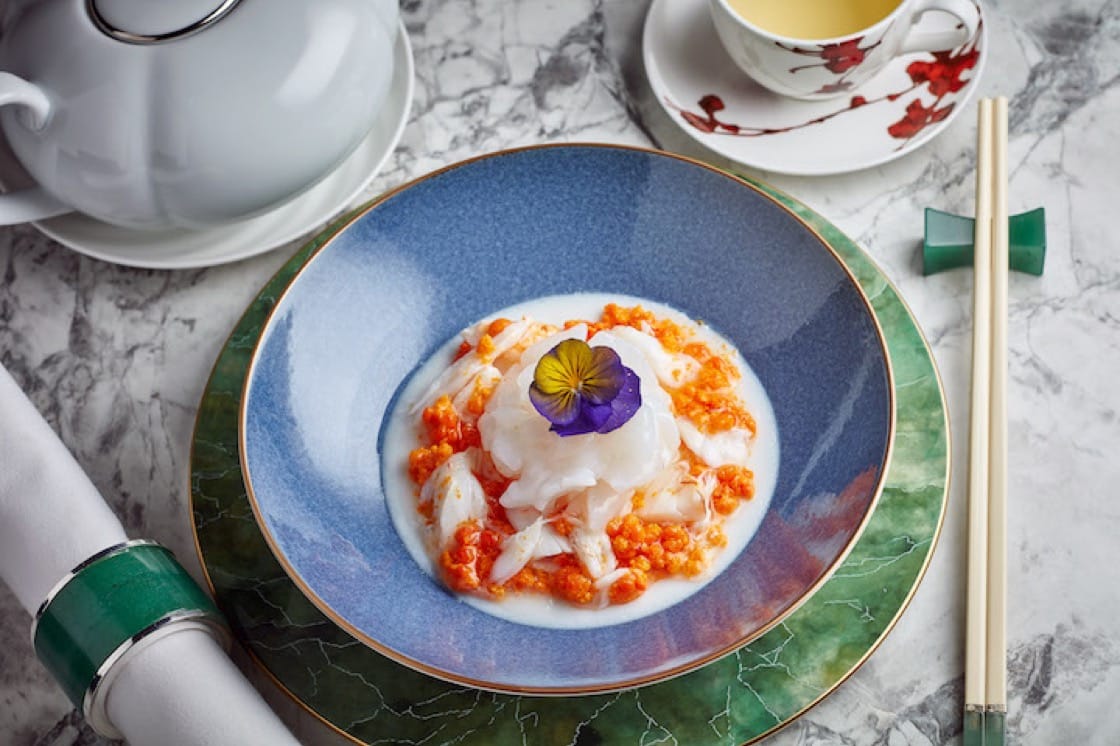 In steamed egg white with King prawn topped with crab roe, the prawn is nearly transparent after getting its skin peeled. Paired with crab roe and egg white, the dish is full of umami.
Constant Improvement

It’s been 38 years since Siu joined the industry. He thinks a good Cantonese restaurant should have three essential attributes: fresh ingredients, good cooking technique and an outstanding team.

“To ensure our ingredients are good for service, we need to be militant in quality control. If I find some pieces of A4 wagyu beef feel a bit rough, I’d for sure return them. Regarding technique, some dishes are not easy to master unless you have very good skills. For example, our signature dish, stir-fried sliced lobster with shallot, red and spring onions, needs to be deep-fried to the point where the surface is crispy but the core is just cooked,” Siu explains.

Being the executive chef, team training is another aspect to which Siu pays close attention. His serious teaching approach helps the whole team improve and meet the demands of restaurant. The food at Ying Jee Club is served at high standards every day to satisfy expectant diners.

“At Ying Jee Club, all the cooks are veterans, with their own cooking approaches. What I do is  tell them how I want the food to be instead of letting them cooking in their own way. This point is very important. In addition, if you’re going to scold a junior chef, you have to tell them clearly what you’re not happy about, so they learn the lesson,” Siu notes.

That’s not all he does. Even now, Siu keeps reminding himself not to be complacent. “I always dine at other restaurants. Those just opened, or the ones everyone talks about, I visit them all. Even restaurants serving different cuisines give me new inspirations to apply them onto Cantonese cuisine.”

Below is the story between Siu and the MICHELIN Guide: 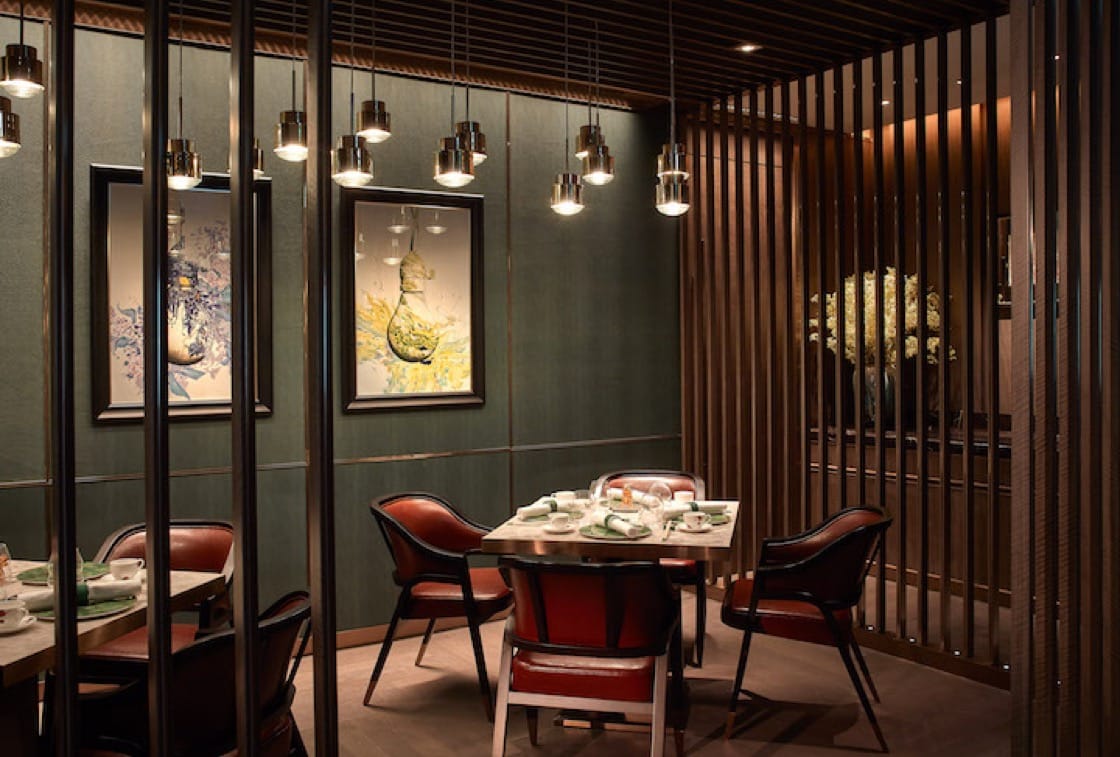 The duplex dining space of Ying Jee Club is dashing, referencing Chinese and Western cultures at the same time.
When were you first exposed to the MICHELIN Guide?
It was 10 years ago when the guide launched the first Hong Kong edition. I still didn’t know what the MICHELIN Guide was then, not until my general manager at the time told me it was a bible of the dining industry in Europe.

What was your feeling T'ang Court received a Michelin star?
I won two stars for the first time at T’ang Court in 2009. I still didn’t understand the impact the guide would have. I got to know more about it when the general manager explained that to me.

How did you celebrate this time when you led Ying Jee Club to get a Michelin star?
I’m very happy that the restaurant got a star so quickly. The MICHELIN Guide rates the performance of the whole restaurant. It proves that our team did greatly. We opened Champagne and took photos to celebrate.

How does the MICHELIN Guide influence your career?
Chinese chefs were lowly regarded in the past. Now not only is our position raised, but we can even be the talking point.

What suggestions would you give to young cooks who want to get a Michelin star?
Focus on cooking your dishes. If you do well, the industry would recognise that naturally. The MICHELIN Guide is an institution. 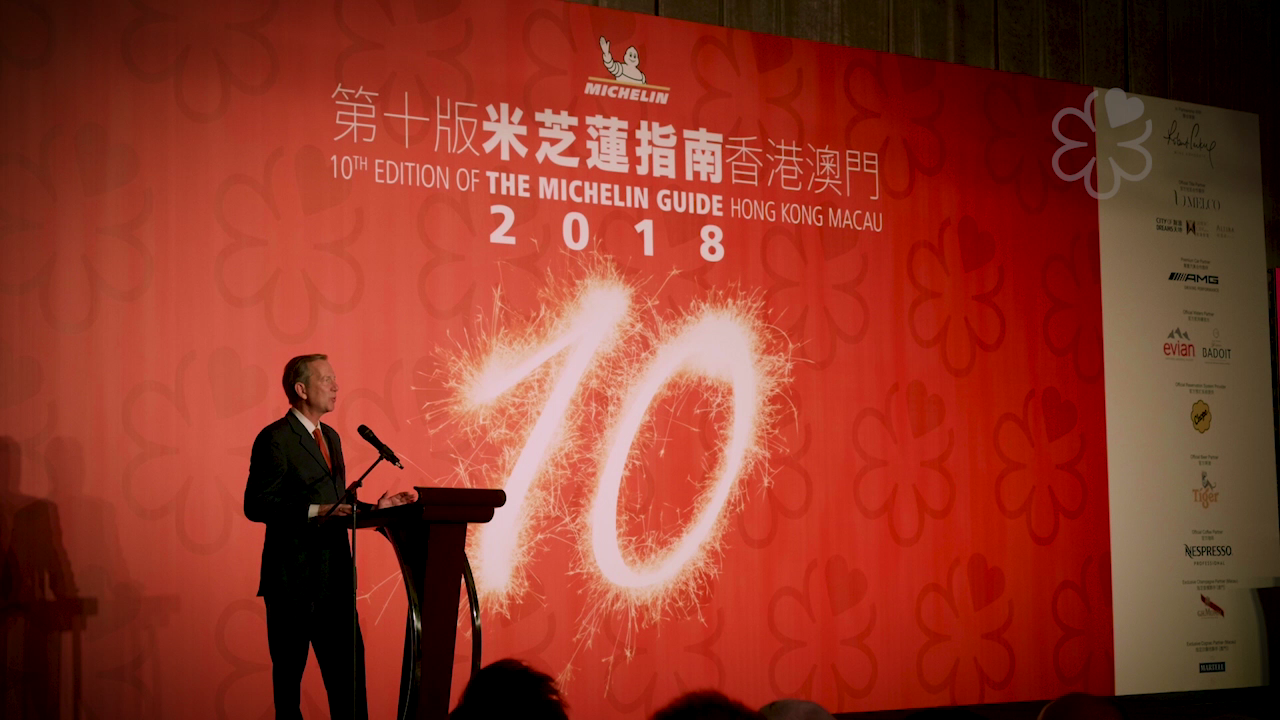 Inspired by the Stars -- Siu Hin Chi of Ying Jee Club
This article was written by Mandy Li and translated by Vincent Leung. Click here to read the original version of this story.
Advertisement
Advertisement