Korean cuisine – both its casual and contemporary variant – has been on the rise across the world lately. At its vanguard is chef Jungsik Yim of Jungsik who shot to international acclaim when he earned his first Michelin star for his Manhattan, New York outpost in 2012. The footnote that most who are new to his work overlook? His Seoul restaurant located in Gangnam of the same name has been open since 2009.

The New York restaurant meanwhile was elevated to two Michelin stars in 2013, while the debut of the MICHELIN guide in Seoul saw the Gangnam restaurant rated with one star. We get the chef to look back at the moment he learnt of his accolade.

When was your first encounter with the Michelin Guide?
I first heard about it while training at the Culinary Institute of America. It wasn’t well known in Korea at that time, but it was something I saw mentioned a lot in the New York Times! 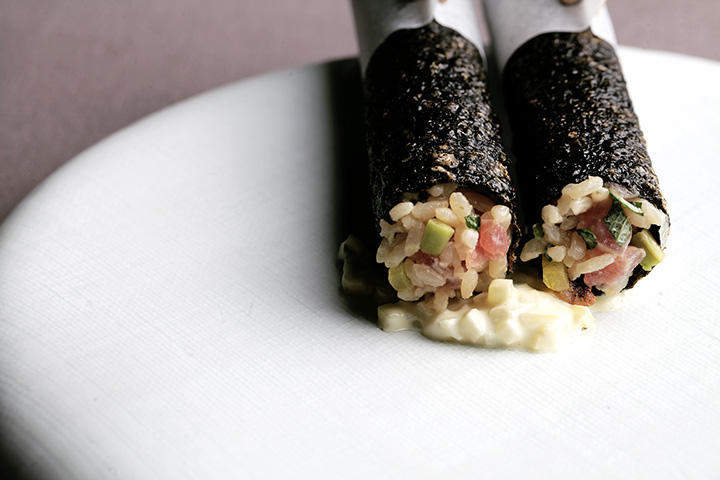 Jungsik's kimbap.
What were your thoughts when you knew you received your stars?
It was the middle of the night in Korea I think. I was at home. I was ecstatic. I just kept thinking, 'This is it. I've made it. Then getting two stars felt really good. Lots of restaurants have one star, but getting two stars felt really quite special. It hit home the feeling of, ‘Ah, I’m really doing quite well.’ [Laughs]

How did you celebrate?
It was actually a bit of a stressful period for us. The Head Chef at the time at Jungsik New York (who is now Jungsik’s executive chef here in Seoul), Jeongho Kim, had had to leave the US unexpectedly due to problems with renewing his visa. I was unable to make it over there either due to work commitments in Korea. Nevertheless, I celebrated with all my staff here in Seoul with quite a few bottles of good champagne!
Advertisement
Advertisement 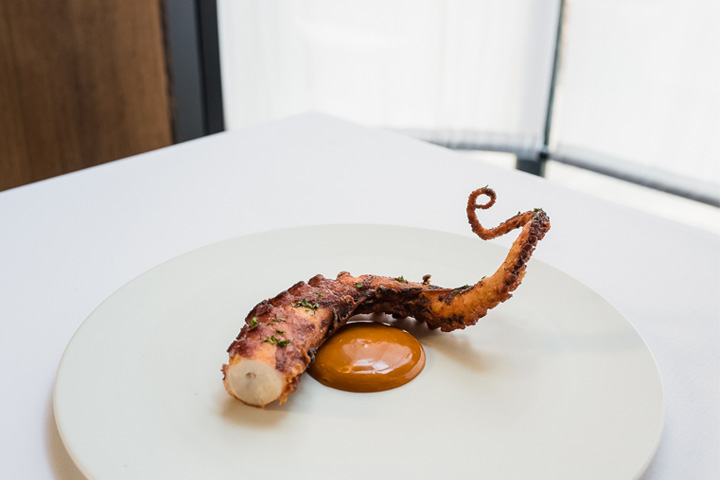 Octopus with gochujang aioli.
How much influence/inspiration does the Michelin Guide have on your career?
A lot. Having a Michelin Star as a chef immediately affects the way you are seen, talked about, and introduced. It becomes almost a part of your official title.

What advice do you have for young chefs aiming for Michelin stars?
Just focus on what you’re doing. Focus on your craft, not getting a star. If you do what you do well, the star will come.