In the hierarchy of Bordeaux wines, the Bordeaux AOC category offers nice expressions of the region's wines, made to be enjoyed in their youth with relatively fruit-forward characteristics. They are generally not aged that long in barrel and offer easy-drinking personalities. Take it one step further and you get a bit more quality—or at least the promise of—than Bordeaux AOC wines: Bordeaux Supérieur.

Bordeaux Supérieur, as the name suggests, promises to offer a superior version of Bordeaux AOC wines. This is promised by the higher quality standards to which viticulturists and vintners must adhere in order to have Supérieur on their wine label. Its elevated status is defined by: 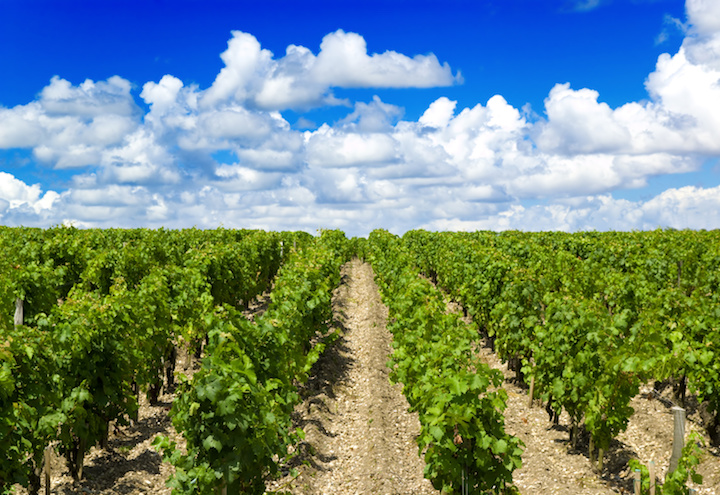 Just like all red Bordeaux wines —no matter the category or classification— Bordeaux Supérieur wines can only be made from the six accepted grape varieties: Cabernet Sauvignon, Merlot, Cabernet Franc, Petit Verdot, Malbec and Carmenère. Most wines consist of majority Cabernet Sauvignon or Merlot—with wines made on the Left Bank of the Gironde River typically made with more Cabernet Sauvignon and those from the Right Bank typically Merlot—with the other four varieties appearing as blending partners. The split between the Left and Right Banks of the Gironde River is attributed to the soil composition on each side of the river, both of which favour one grape variety over the other.

What Does Bordeaux Supérieur Taste Like?
You likely know that at the upper echelon of the Bordeaux Wine Official Classification of 1855, wines produced by First-Growth estates command the highest prices of any other wines in the world—and they are best drunk with decades of cellar-aging behind them. But the beauty of Bordeaux Supérieur wines is that you can enjoy a well-made Bordeaux without breaking the bank—or having to cellar it away for over 20 years.
Advertisement
Advertisement
An good example is the Chateau de Cazenove 2010 Bordeaux Supérieur. This Bordeaux Supérieur is produced with 65% Merlot with 35% Cabernet Sauvignon, and is classic Merlot-dominant in that it has a silky texture. The smooth aromas are dark and balanced, with blackberry and earthy characteristics reminiscent of cedar and wet clay. Beautiful fruit notes of plum and black cherry, with a cola-like nuance and a touch of spice grace the luscious palate. This wine possesses well-integrated tannins that are soft, but still noticeably grippy.

A Bordeaux Supérieur like Chateau de Cazenove’s 2010 expression offers the balanced profile one expects from Bordeaux, while still keeping its tannins and oak influence in balance to let the fruit shine and the wine drink beautifully in its youth. And for about $20 a bottle, it’s a great way to get to know Bordeaux!
This article was written by Melissa Vogt and first appeared on Robert Parker Wine Advocate in March 2017. Click here for more stories from Wine Journal.
Advertisement
Advertisement