The ryokan certainly does not need reinventing. These Japanese country inns were the very first hotels, and they have remained among the world’s finest hospitality experiences since they first began appearing in the eighth century. The formula — traditional materials, tranquil seclusion, hot spring onsen baths, ceremoniously prepared meals — is as good now as it ever was. For evidence, look no further than Nishimuraya Honkan, a classic ryokan that works tirelessly to preserve tradition while maintaining a standard of excellence to rival any contemporary luxury boutique hotel.

The original ryokans were places to relax and recharge; to pause and to enjoy the serenity and ritual on offer. They were the experience, not just where you sleep in between. Today’s interpretations have budged slightly, finding clever ways to retain that restorative spirit and meet the needs of globetrotting 21st-century travelers. That could mean anything from small concessions to technology to a wholesale reexamination of the concept. Either way, they’re a new branch on the ryokan’s millennia-old family tree, and they’re helping to ensure its growth for another thousand years.

Hokkaido, Japan
Zaborin is every inch a classic ryokan, from its unspoiled natural setting to the elaborate artistry of its kaiseki dinners. But its unapologetically modernist influences is where it truly stands apart — most notably in the abundance of poured concrete, but also the technological luxuries like flatscreen televisions and Bluetooth sound systems. 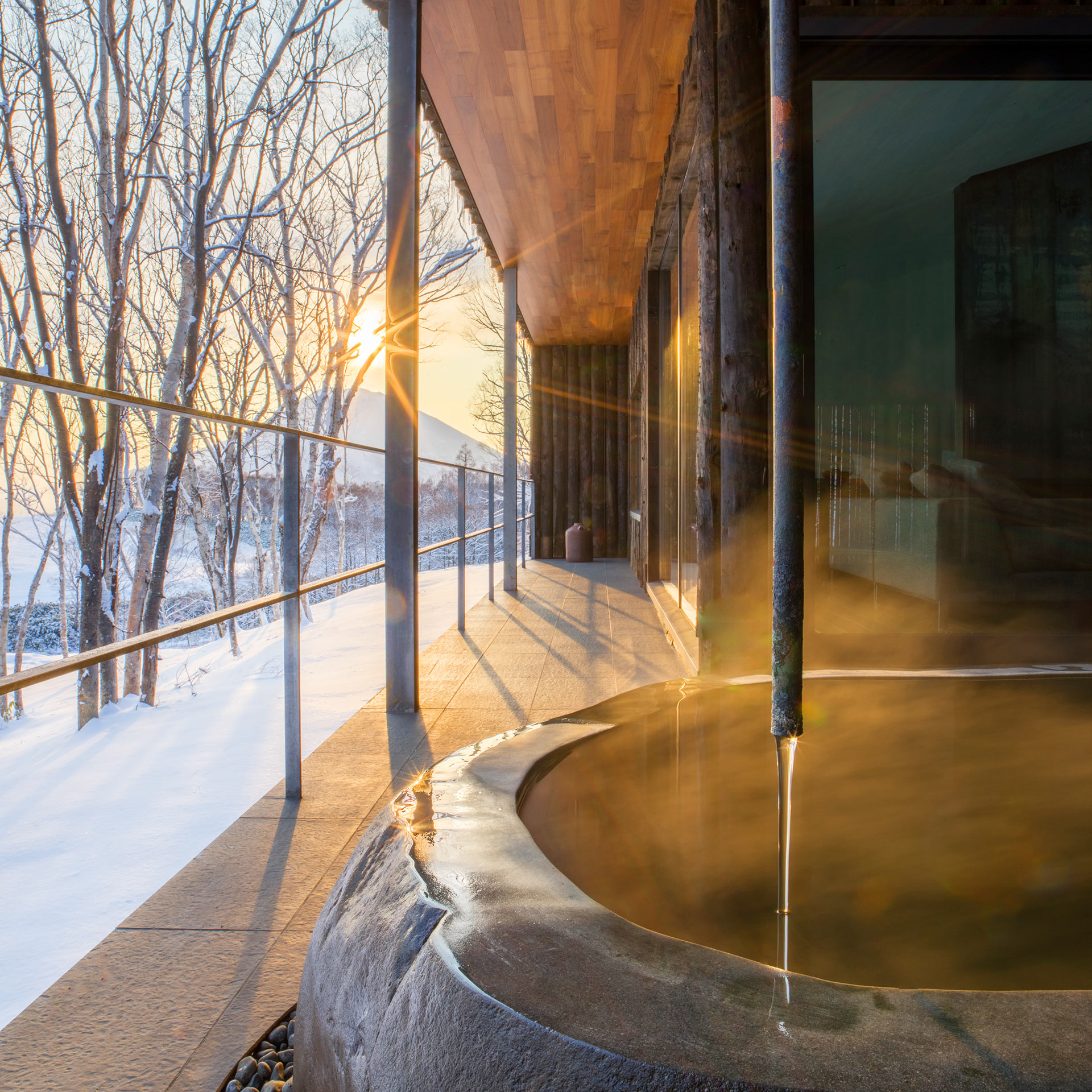 Hatsukaichi-shi, Japan
On a hill overlooking Japan’s Inland Sea, and the famous red gates of the Miyajima Shrine, you’ll find Sekitei. The ten rooms here nicely blend the modern with the ancient and have a remarkably residential feel — they’re actually detached villas, cascading down the terraced hillside along with ponds, springs, and plunge pools. 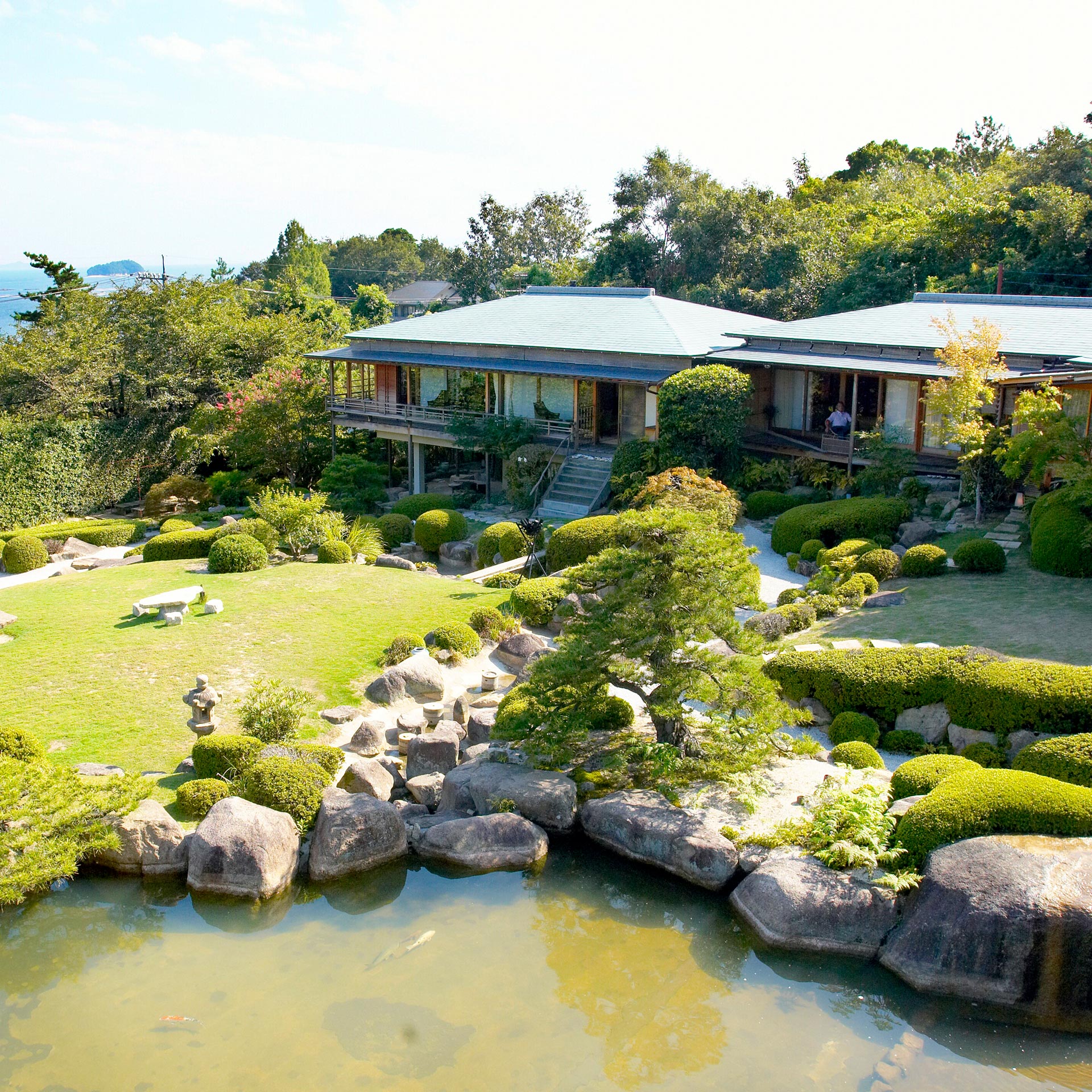 Ise-Shima, Japan
To call an Aman hotel a country inn is to understate matters severely. Amanemu is the ultimate luxury ideal of the ryokan — a thoroughly modern, unmistakably high-end interpretation of those timeless Japanese pleasures, with a location, in Ise-Shima National Park, that offers extraordinary beauty in every direction. 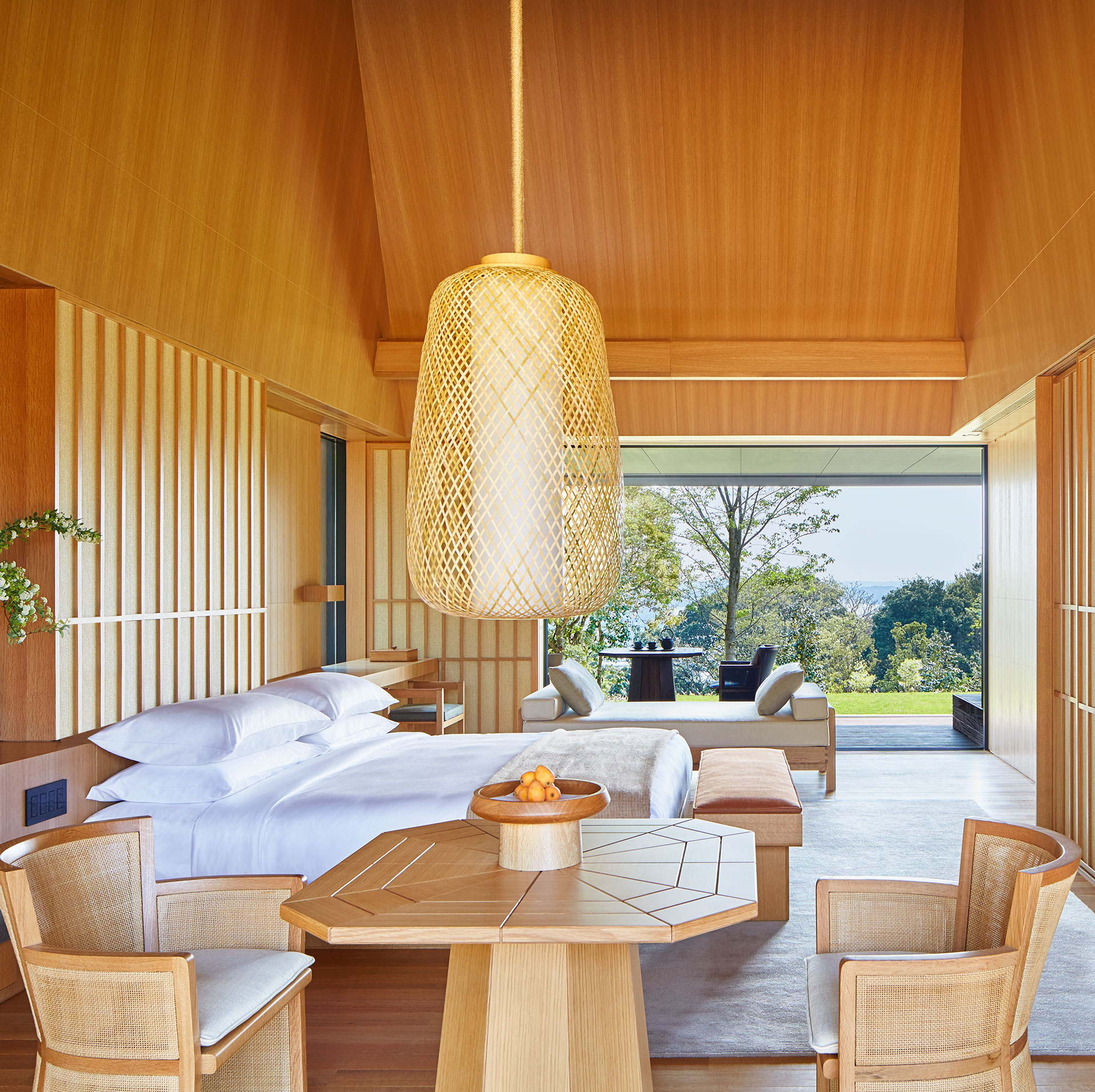 Numazu, Japan
Numazu Club comprises a restored 1907 teahouse and a guestroom complex built in 2006. The old building is a paragon of the sukiya style, an austerely refined approach to the classic tea ceremony; the new building utilized venerable wood-and-clay construction techniques to match the serene architecture of its companion. 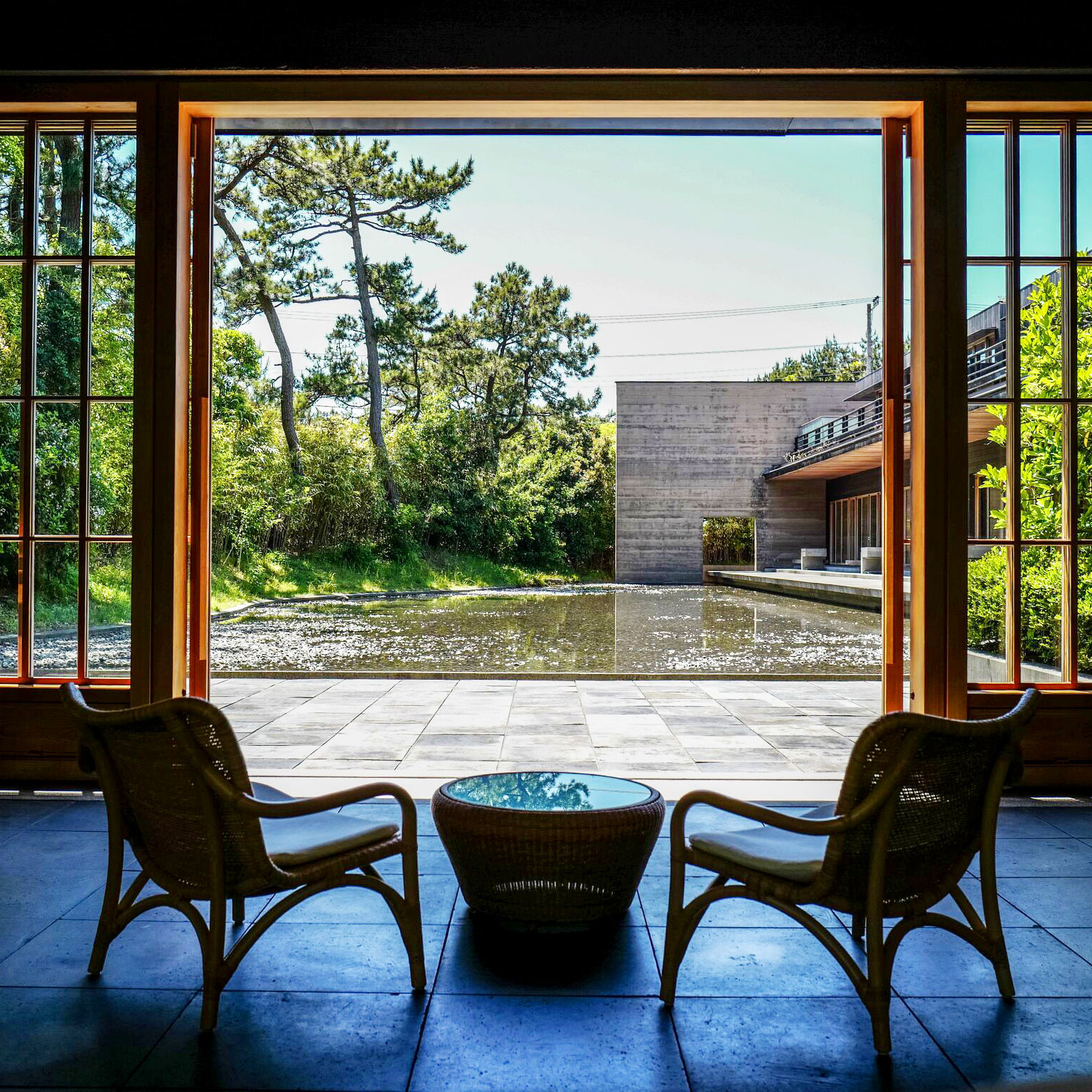 Nara, Japan
Situated on the gentle lower slopes of Mount Wakakusa, the Ando Hotel Nara Wakakusayama is Japanese hospitality at its finest; here the timeless ryokan concept is adapted to the boutique-hotel era, a mid-century escape thoroughly renovated and updated with Western-plan rooms, retaining the concept’s onsen baths and extravagantly crafted cuisine. 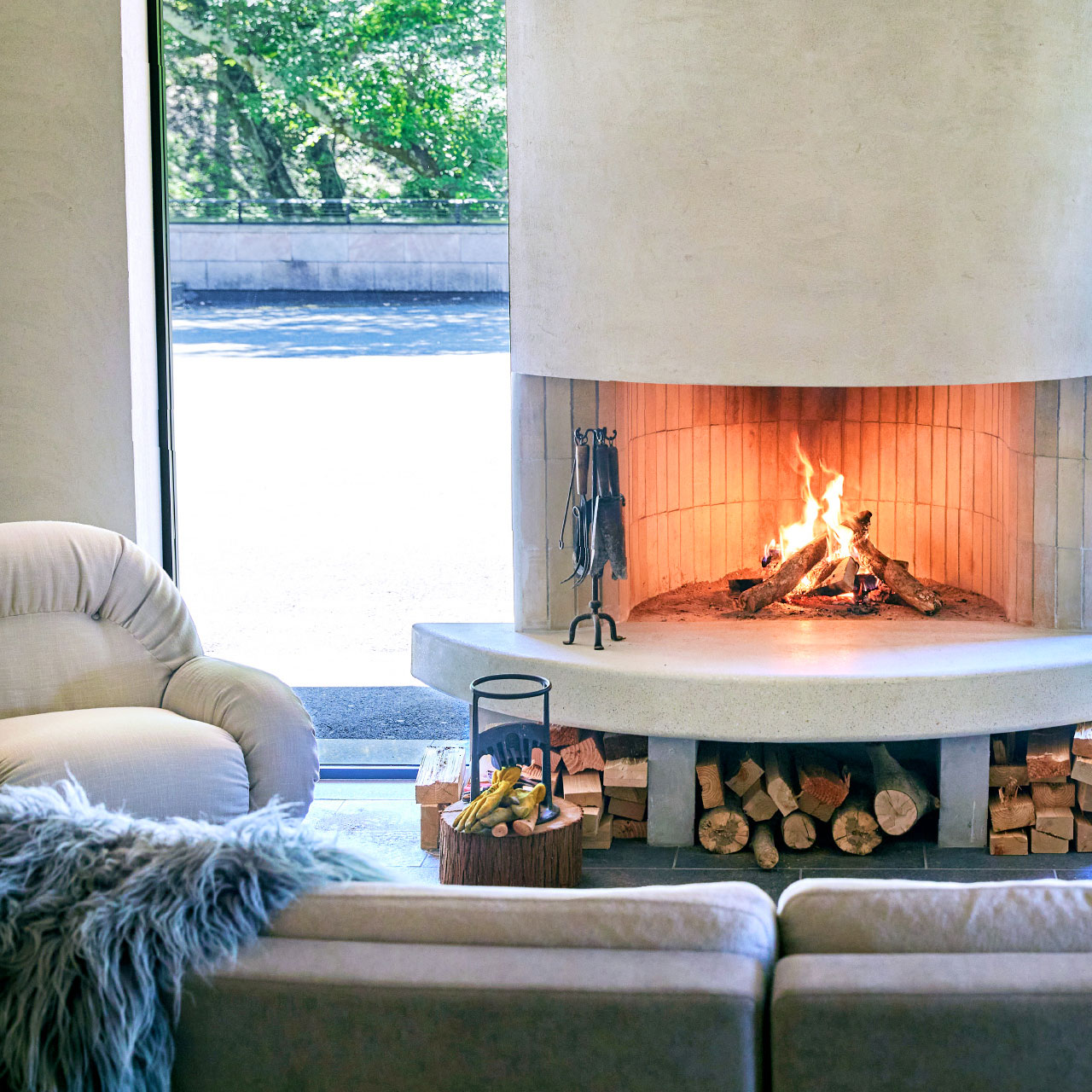 Beppu, Japan
Its unmistakably modern architecture mark Terrace Midobaru as something out of the ordinary. All the same, the classical virtues of Japanese hospitality are very much in evidence here, from the soothing calm of the clean-lined architecture and design to the spring-fed baths and the devotion shown by the restaurant’s team. 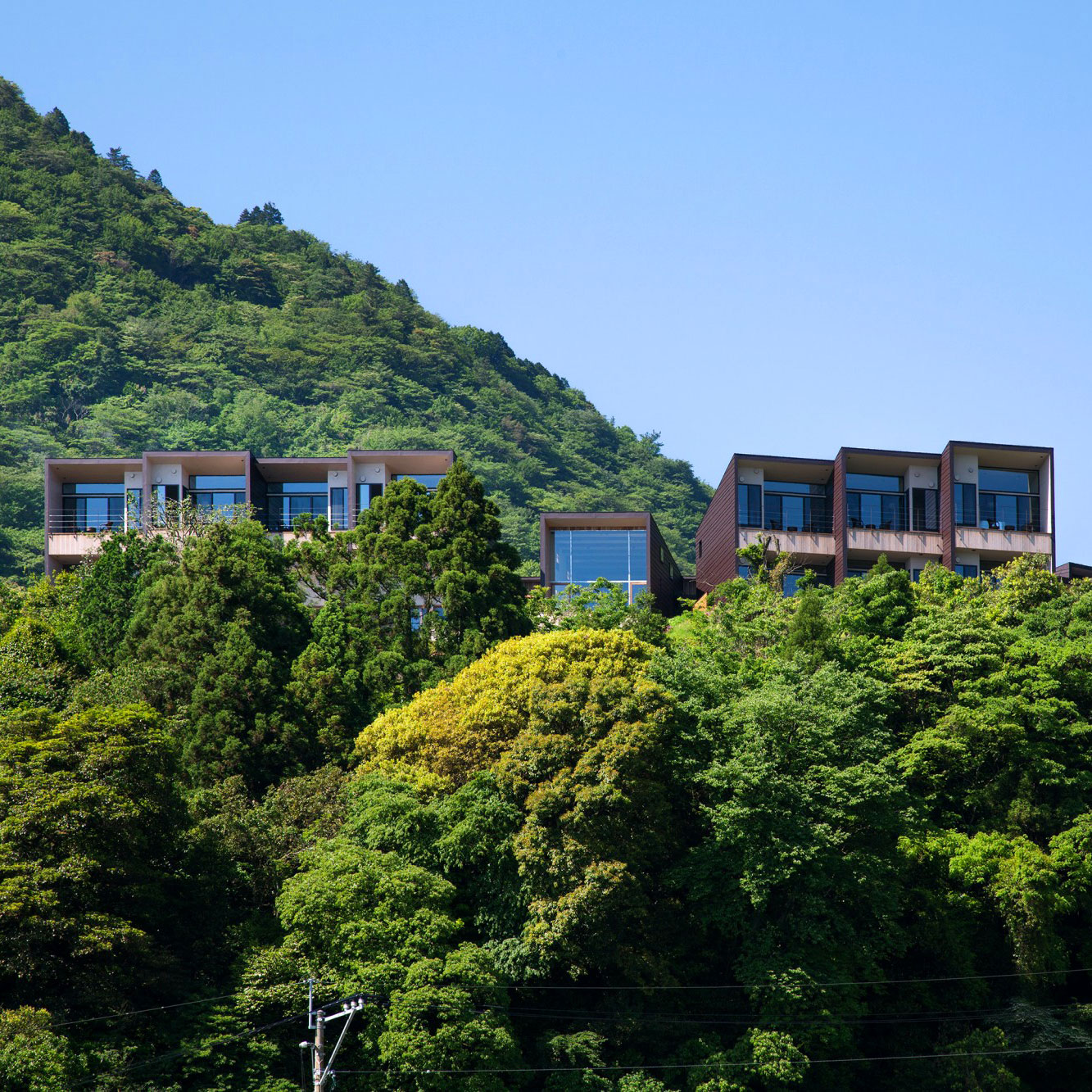 Nagato, Japan
Bettei Otozure looks for all the world like a ryokan reconsidered for a design-conscious modern world. The presence of electronic amenities and luxury-hotel comforts do nothing to distract from the main event: views of the sublime Japanese countryside as seen through floor-to-ceiling windows. 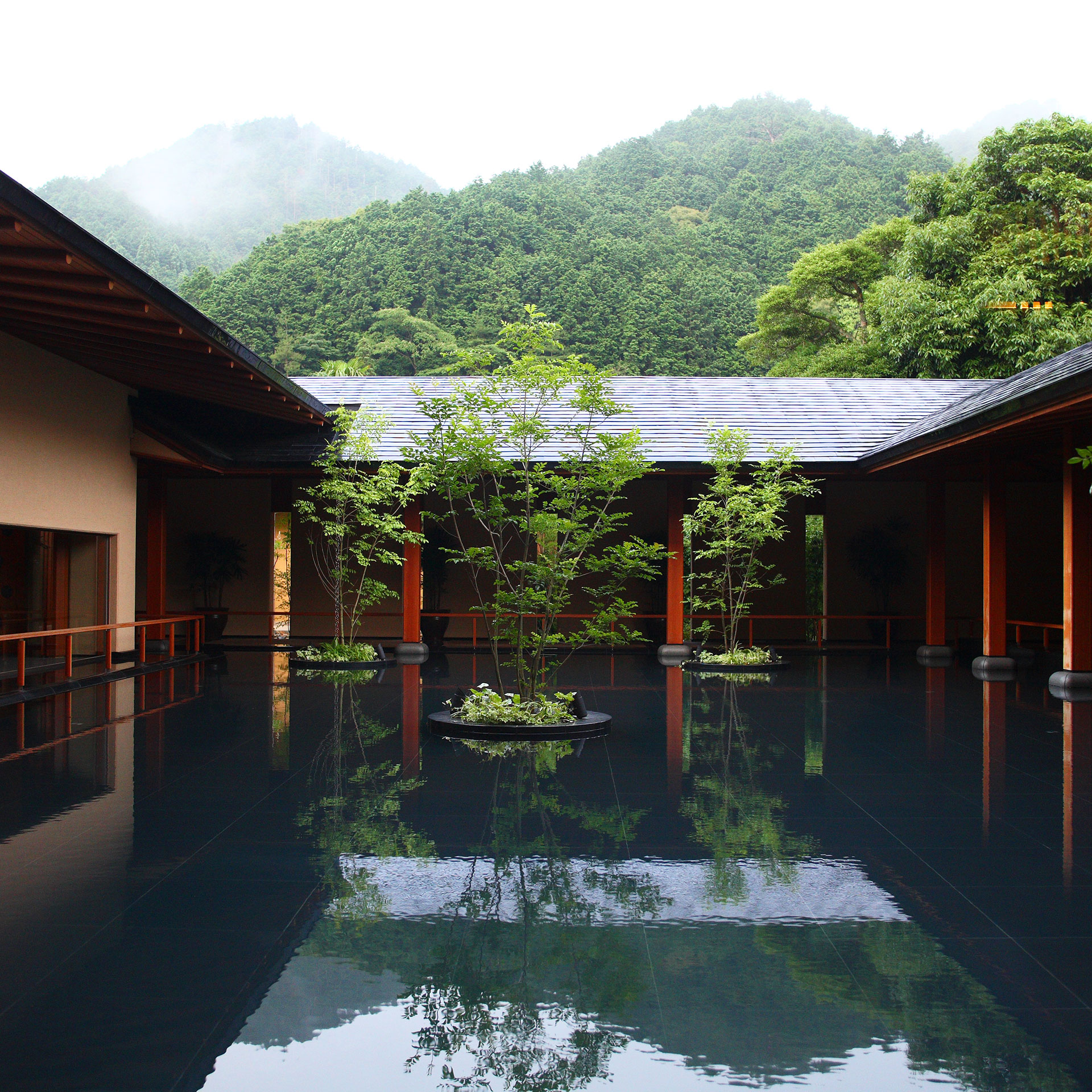 Kaga-Onsen, Japan
By this point in our story you should have noticed that the clean lines and simple materials of modernist architecture provide a nice complement to the traditional forms of the ryokan. Beniya Mukayu is yet another strong example of this convergence — further proof that the two traditions are even closer than we think. 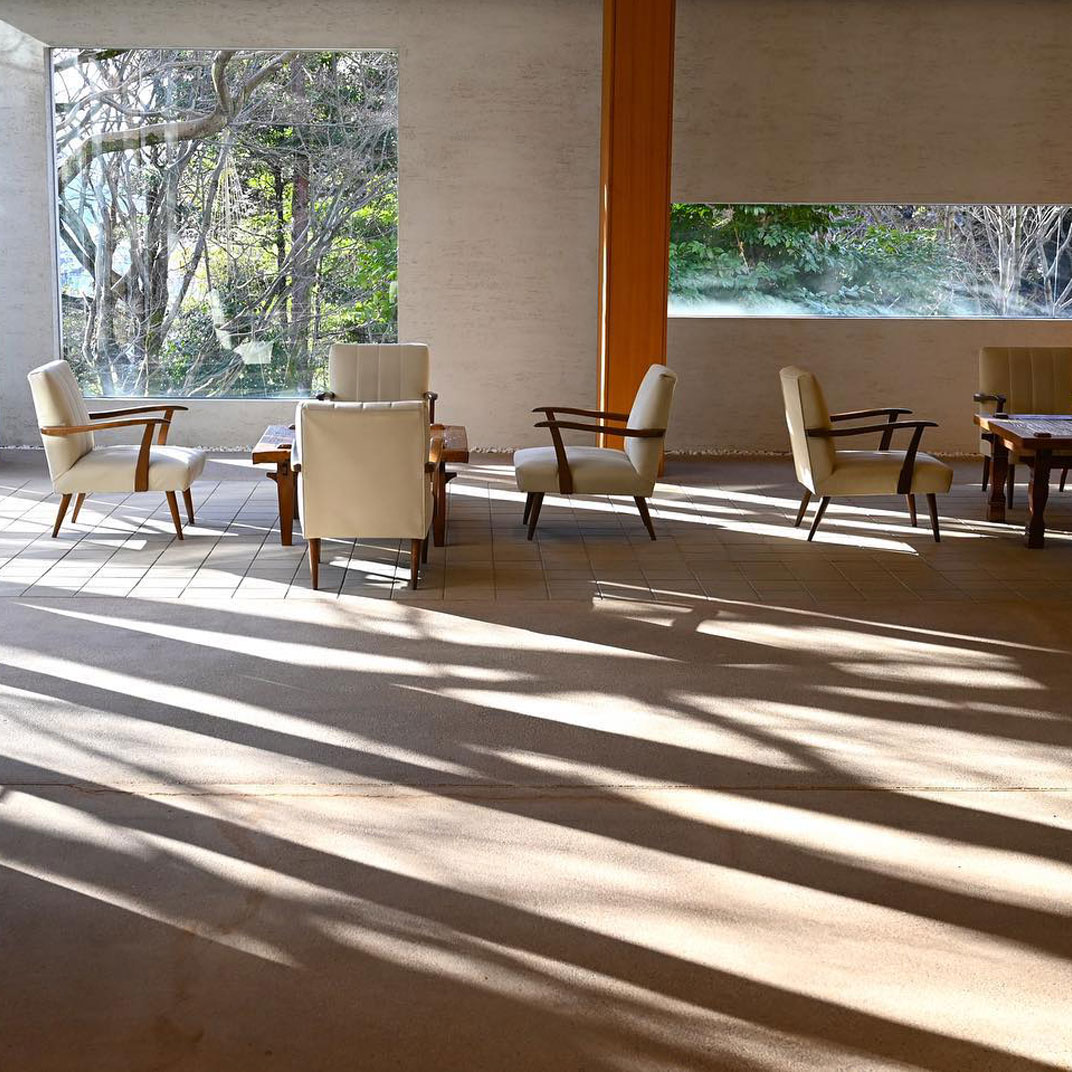 Kyoto, Japan
Suiran’s collection of rooms and suites, housed in a three-story Japanese estate, are a seamless blend of traditional décor and modern comforts. Suites offer their own onsen, with hot Arashiyama spring water, while a public open-air bath is available to all guests. Kyo-Suiran offers traditional Japanese fare combined with a Continental sensibility. 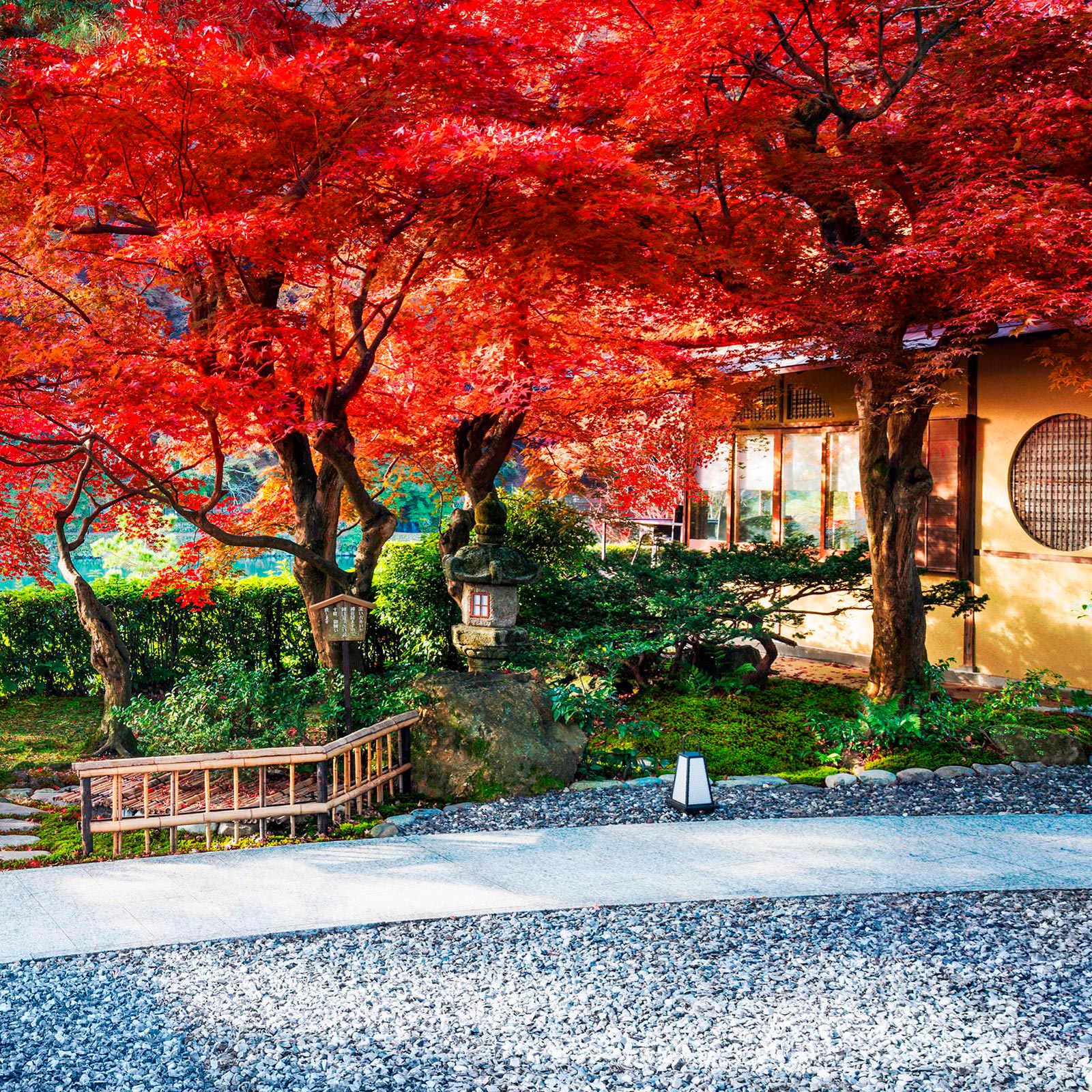 Minakami, Japan
Bettei Senjyuan is proof positive that contemporary design need not clash with the ryokan’s traditional presentation. The long, arcing main corridor may be a work of modern architectural innovation, but it exists in perfect harmony with the timeless charms of the tatami-style rooms within — as perfect now as they’ve always been. 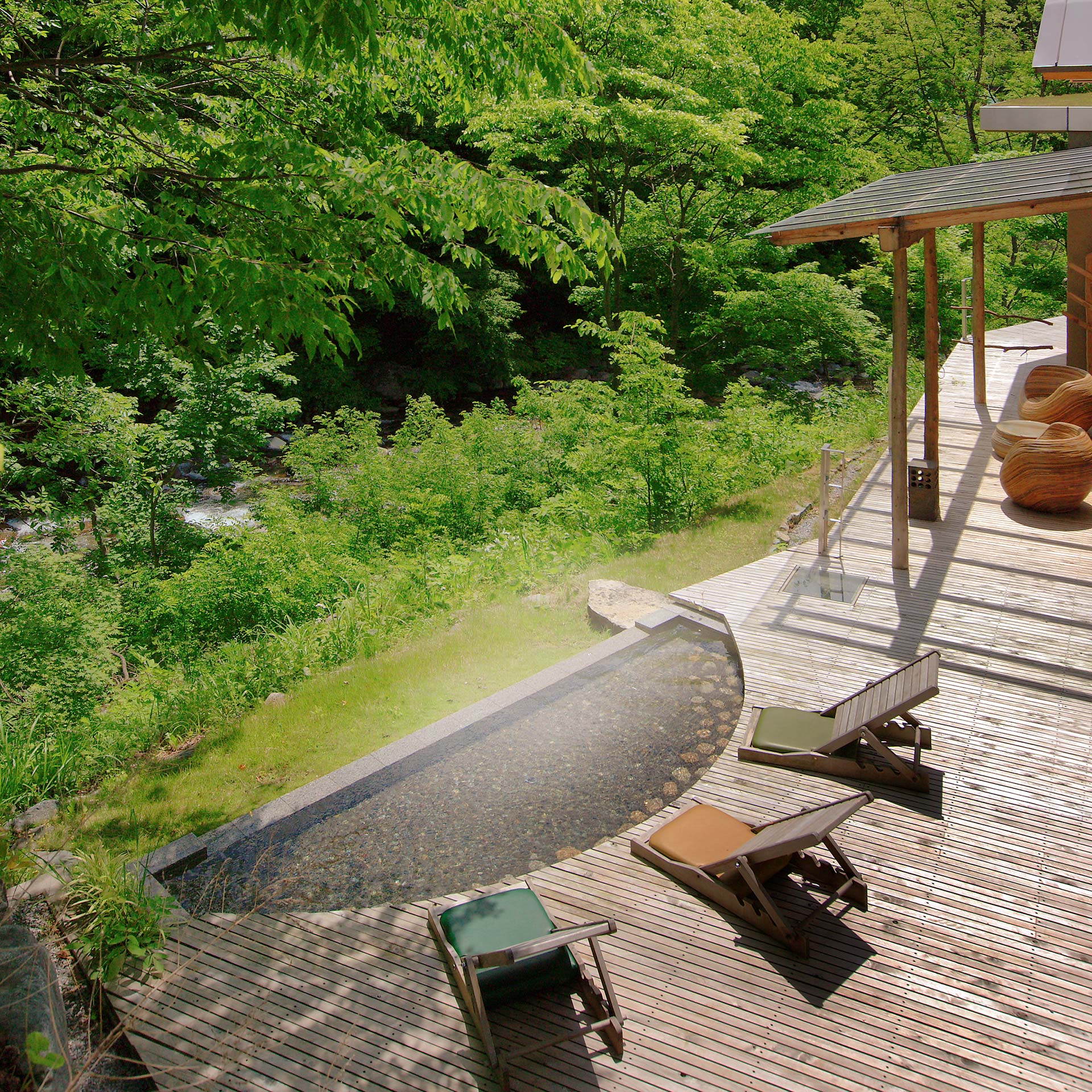 Hyogo, Japan
Yes, Villa Rakeun is a modern, ten-story luxury hotel, but the classic ryokan experience is present in all the details, from open-air baths and tatami rooms to private Japanese gardens and miles of sea and sky outside the windows. Get past the height and vintage of the building and it feels like a natural update of the old tradition. 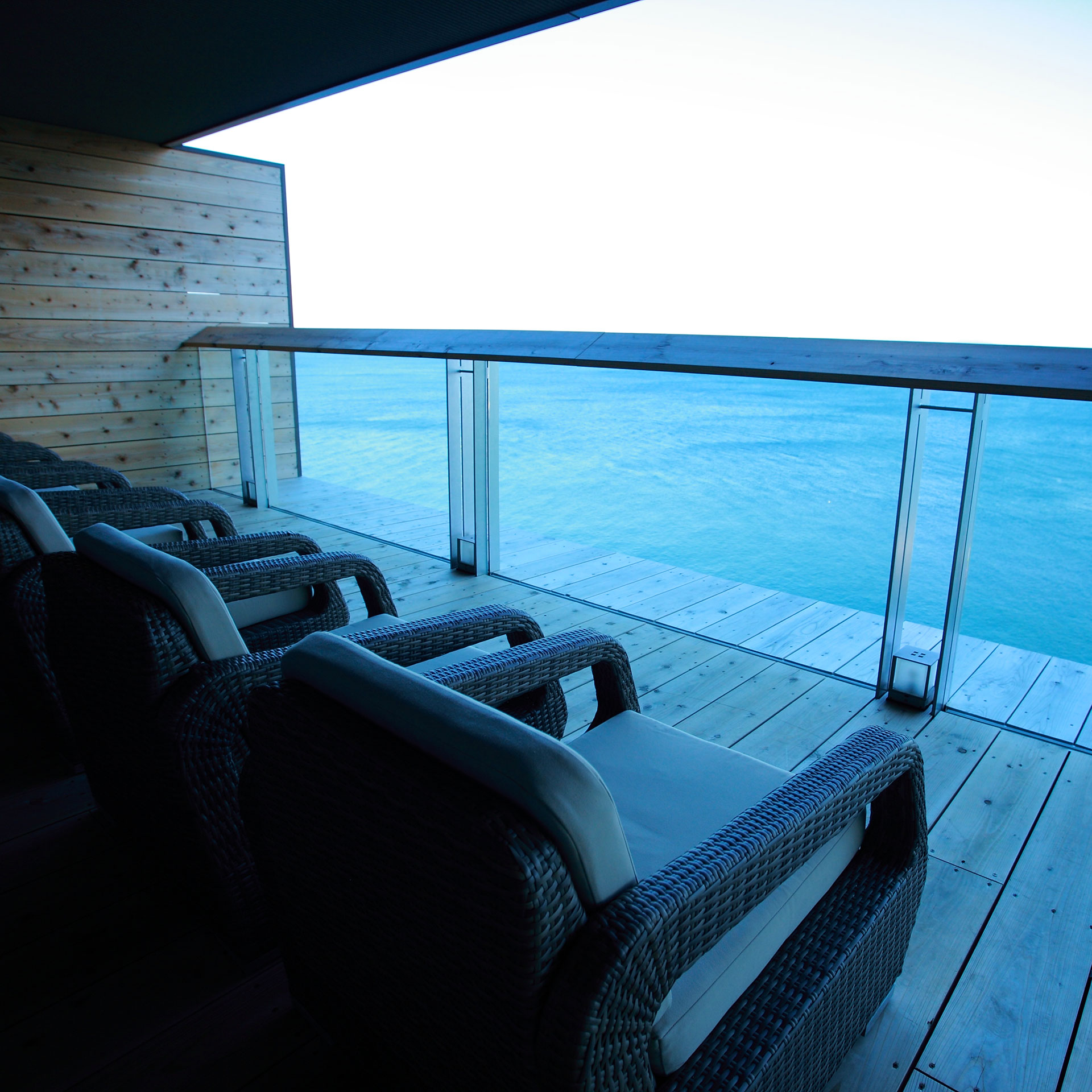 Izu Peninsula, Japan
While ryokans are as familiar as it gets for the Japanese, for many foreign travelers they are uncharted territory. Arcana helps smooth out any possible intimidation by offering one part traditional ryokan and one part international boutique hotel. For example, instead of a central onsen bath, there’s a spring-fed hot tub on every balcony. 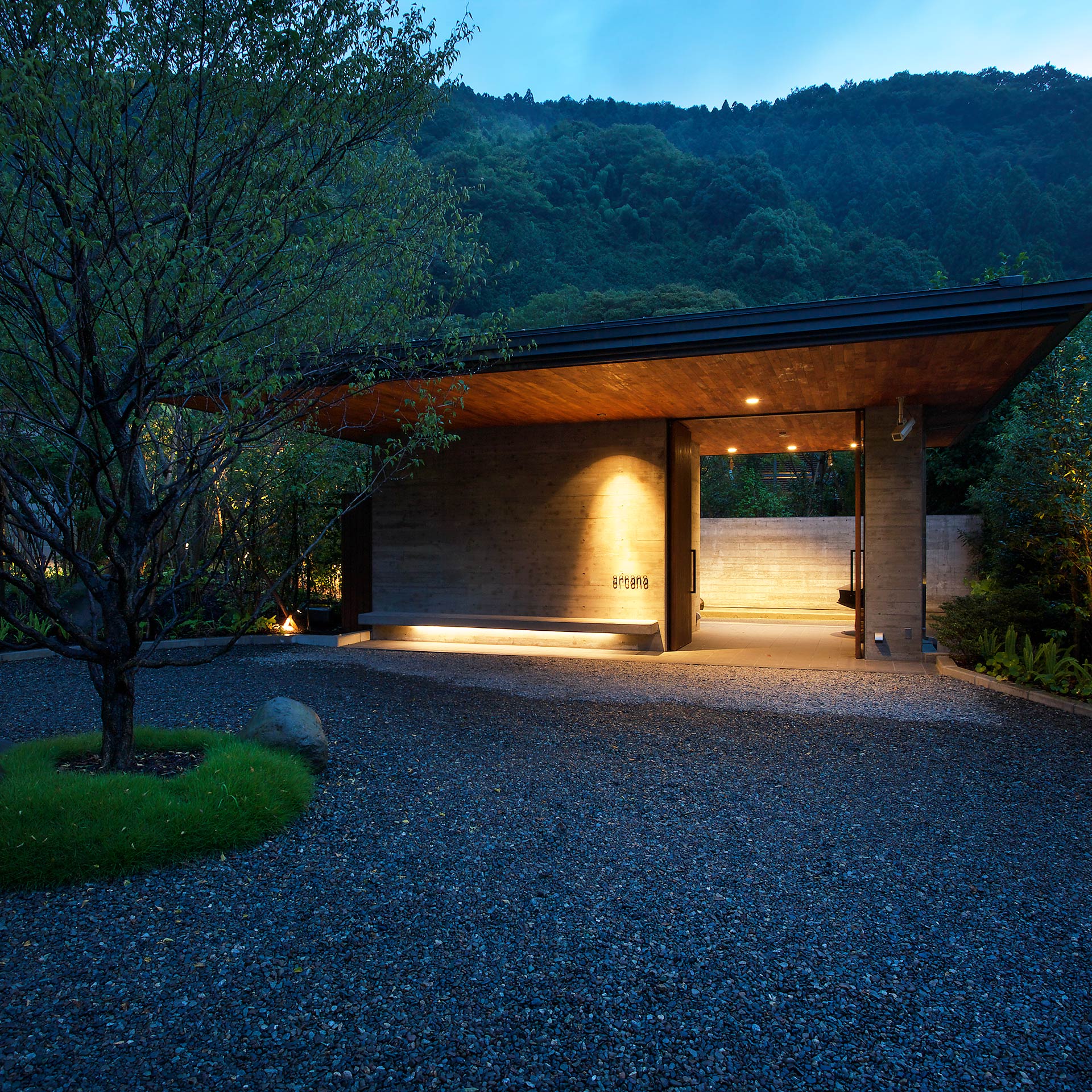