After the technicolor frenzy of spring blossoms has come and gone comes a more subtle season – that short and sweet middle season between spring and summer. It is a glorious season of budding new leaves, comfortable temperatures and, for gourmets, some of the tastiest greens and seafood Mother Nature has to offer. It is an exciting time to be hungry in Korea.

Every year, from around mid-March to mid-May, the ordinarily quiet fishing town of Gijang County in the port city of Busan buzzes with activity as tourists and gourmets flock over to Daebyeonhang Port to indulge in what the village is celebrated for: spring anchovies. You may ask: Why, of all things seasonal and delicious, would people travel to eat anchovies? As is true in many parts of the world, anchovies have always been an underappreciated fish in Korea due to their puny appearance and “fishy” smell. Funny, as pantries, fridges and freezers in most Korean households will always contain multiple forms of these often-scorned fish as they are a key ingredient in Korean cooking.

Anchovies are a migratory fish. They spend the winter months offshore where the water temperatures are relatively warmer and make their way inshore to spawn in the spring. Although anchovies spawn twice a year — in spring and fall — it is the spring anchovies that are by far tastier due to their plump and fatty flesh. Measuring anywhere between 10-15cm, they are surprisingly large as well — easily the size of sardines. 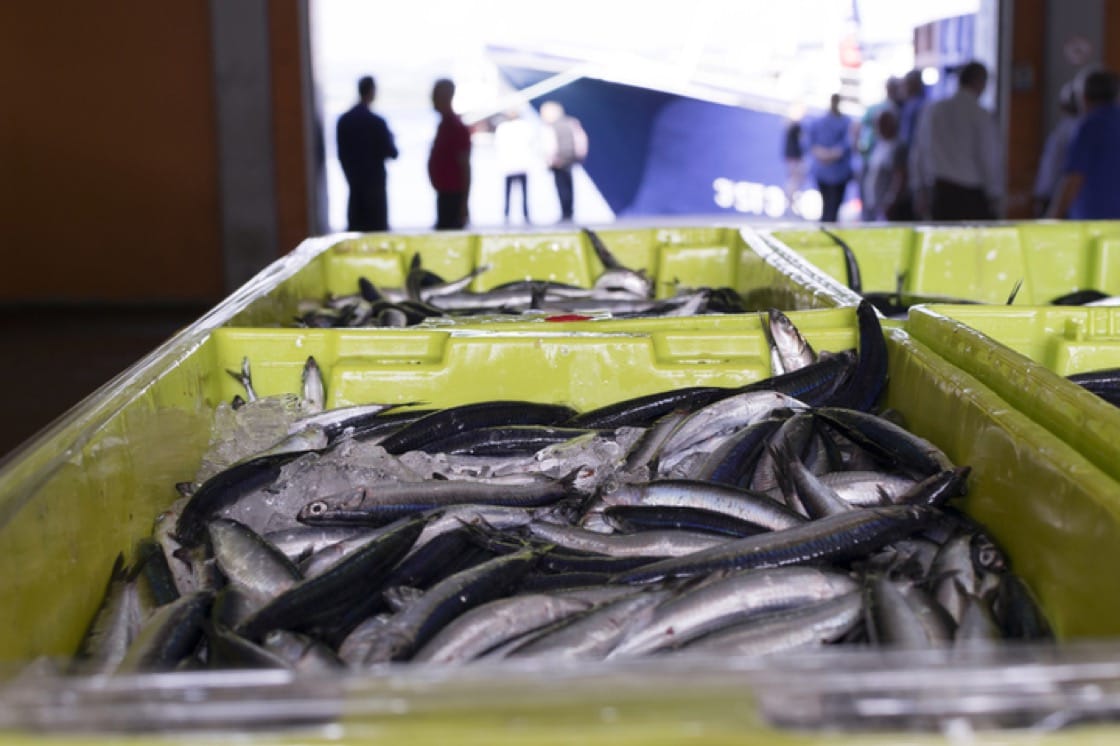 Work begins at the crack of dawn for the fishermen of Gijang County. Their mission is to track down the huge dense schools of anchovies and catch them using a ‘drift net’ method which involves dropping large fishing nets vertically into the ocean and leaving them to drift with the current, trapping the anchovies along the way. Anchovies caught in this manner have a nice firm flesh — ideal for raw consumption — from swimming against the current while in captivity. Meanwhile, further south in Namhae, also famed for its spring anchovies, a different method is used to capture these small fish; fishermen in this area have traditionally built large bamboo traps in the shape of a ‘V’ by the shore that relies on the rise and fall of the tides to trap anchovies. The fish captured this way are gathered with scoop nets straight from the water, which prevents the fish from scarring as they do not have to be shaken free from the nets — as is the case with the drift net method.

Around 2pm daily, when the boats make their way back to the docks with a full load of fish, local women gather one by one with a large basket in hand. The fishermen — half a dozen to a team — form a neat file next to their respective boats and begin to belt out a near-hypnotic chant, perfectly synchronized to the motion of the heavy nets as they are yanked rhythmically to free the anchovies from the mesh. The dance of the silvery fish soaring into the air in their thousands is truly a magnificent sight to behold. After a good half hour of shaking, the fishermen glisten from head to toe, covered in a fine layer of fish scales. The catch of the day are auctioned off to nearby restaurants where hungry visitors await. But much of the fish is salted and fermented to be used as a condiment or steamed and dried to be used as a key ingredient in soup stocks.

Anchovies have always been an important part of the Korean diet. In his book Register of Heuksan Fish, regarded as Korea’s first encyclopedia of marine biology, 17th-century Joseon scholar Jeong Yak-jeon wrote: “Anchovies are drawn to bright lights. Fishermen lure the fish with torch lights at night and catch them with scoop nets. Anchovies are used to make soups, salted and fermented as jeotgal or dried.” From the funky fermented anchovy sauce to the dried anchovies that constitute the base for most Korean soup dishes, anchovies are omnipresent on the Korean table, imparting a subtle or, at times, an explosive punch of umami to all manner of dishes. 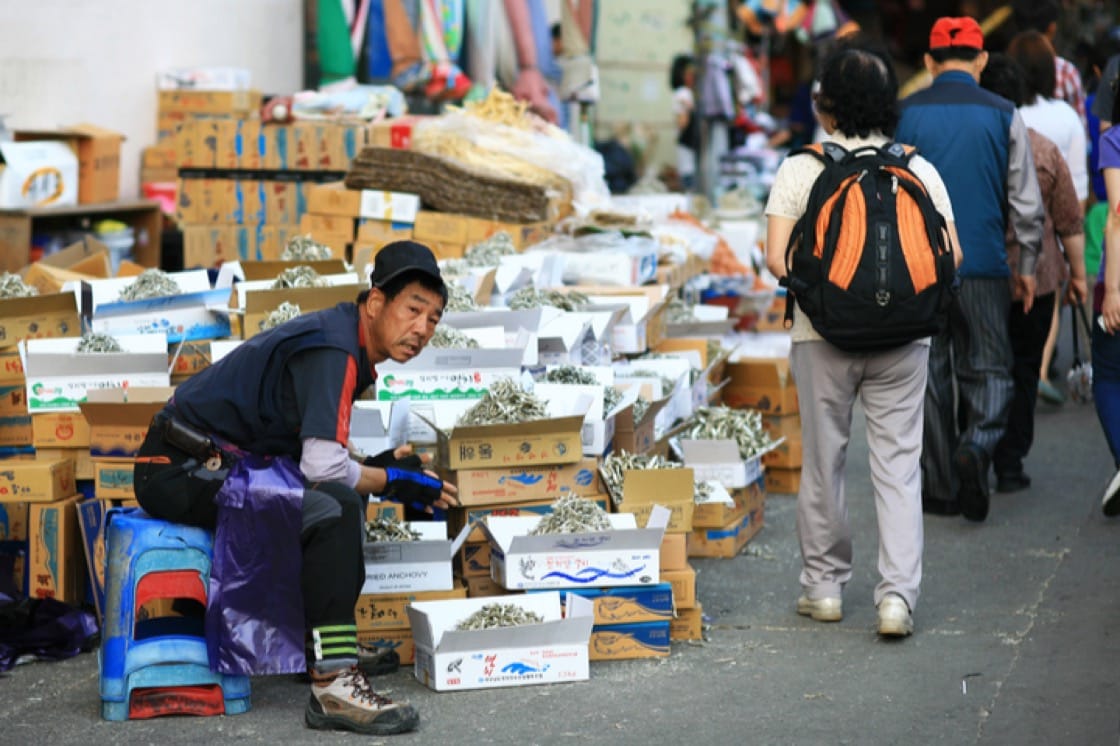 Fresh anchovies are often consumed raw in Korea, but first, they must be scaled, be rid of their heads and tails, gutted and deboned. It is a time-consuming and painstaking process that requires seasoned hands to properly handle the delicate flesh. Cleaned raw anchovies are usually served with a side of vinegared gochujang (fermented Korean chili paste) for dipping or tossed like a salad with crunchy and fragrant water celery and seasoned with gochujng and makgeolli vinegar (Korean rice beer vinegar). Gijang locals also like to wrap the raw anchovies in fresh miyeok (sea mustard/wakame) harvested from the region. The briny mineral flavor of the seaweed and the fatty richness of the anchovies complement each other. 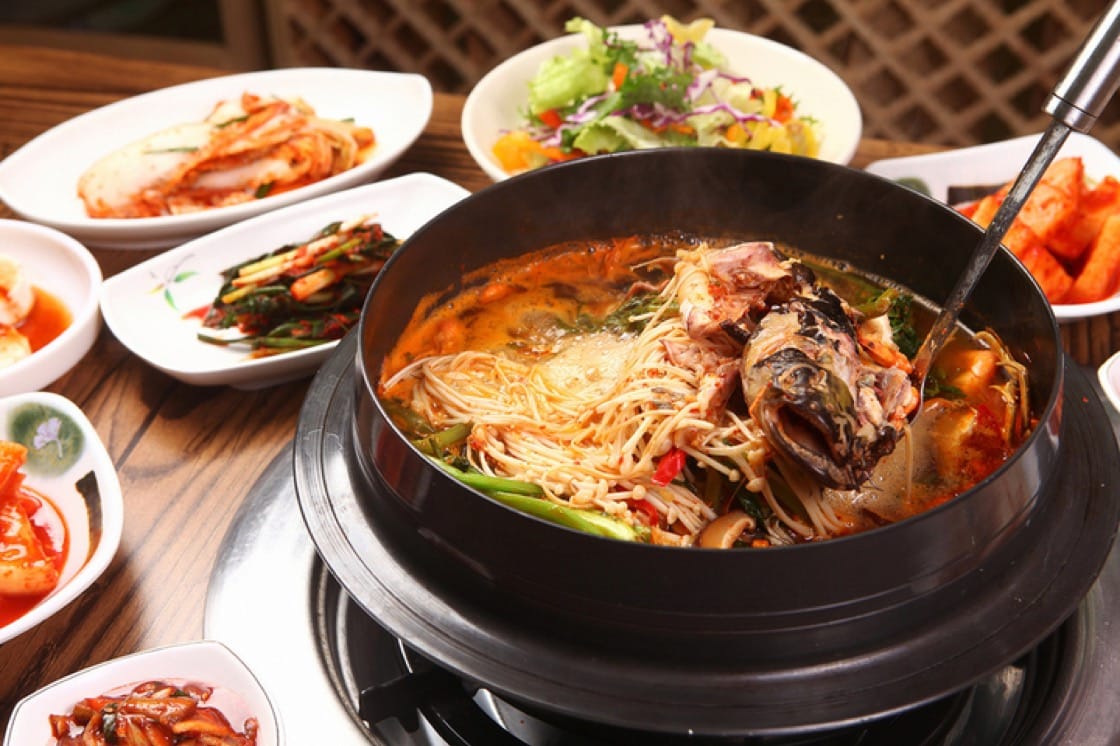 A spicy jjigae made with large spring anchovies is another local favorite. To prepare, a broth made with turnip, dried kelp and dried anchovies is seasoned with dwenjang (fermented soybean paste). Shiraegi (dried turnip greens) are added to the dwenjang-based broth and boiled for a short while. The final step is to place the fresh anchovies on the bed of wilted turnip greens with plenty of chili powder and simmered until the fish is cooked. The shiraegi — chock full of flavor from the fish and the spicy broth — are best eaten with rice. The soft anchovies can be eaten as is — even the bones — or wrapped in fresh lettuce leaves with a little rice, a slice of garlic and green pepper.

Another delicacy not to be missed in Gijang is grilled anchovies — something unimaginable to city folk whose idea of anchovies almost always involves the dried version or the fermented version. Fresh anchovies–seasoned with sea salt and grilled over coal briquettes until the skin is slightly charred and sputtering with dripping fat and juices — is simply glorious. Other regional specialties to try in Gyeongsangnamdo Province include crispy deep-fried anchovies, egg-battered and pan-fried anchovy jeon, spicy braised anchovies and a thick anchovy soup laden with chives and garlic.

This story is written by Yerica Park and first appeared on the MICHELIN Guide Digital Seoul. Click here to read the original article.