As more and more often chefs from different parts of the world visit Hong Kong and Macau to take part in collaboration projects with local talents, these foreign chefs also get a valuable opportunity to get to know the dining scene in the city. One thing foreign chefs like to do before making their guest appearances in restaurants is to have their hosts take them around, tasting local delicacies as a way to find inspirations. We get the inside scoop on some of their delicious itineraries.

In September last year, Chef Hideaki Sato of French restaurant Ta Vie in Central worked with Noboru Arai, from two-Michelin-starred Restaurant Hommage in Asakusa, Tokyo, in a culinary showcase. Because of that, Arai booked a trip earlier to Hong Kong and followed the lead of Sato to sample the local food Hong Kong has to offer.

It was the second time Arai visited Hong Kong and his gastronomic expedition took him from Sai Wan to Sheung Wan to Wan Chai. Classic Sai Wan clay pot joint Wing Hop Sing was among the restaurants he tried. “We serve rice in a pot in Japan as well, but Hong Kong-style clay pot rice is very distinctive,” Sato said.

For instance, what Arai found interesting was the crispy rice at the bottom of the pot and the ingredients, such as frogs. In fact, the frog clay pot rice stood out in his memory, as he thought the frog was cooked just right. The slow-cooked soups also caught Arai’s attention, as they were made with a long list of ingredients which he recalled seeing on his visit to the street specialising in dried seafood.

The next stop was wonton noodles. Sato took Arai to Mak’s Noodles and the visiting chef couldn’t stop singing praises to the dried flounder broth in the noodles and the braised beef tendon.

RELATED: The First Day I Got My Michelin Stars: Noboru Arai Of Hommage In Tokyo 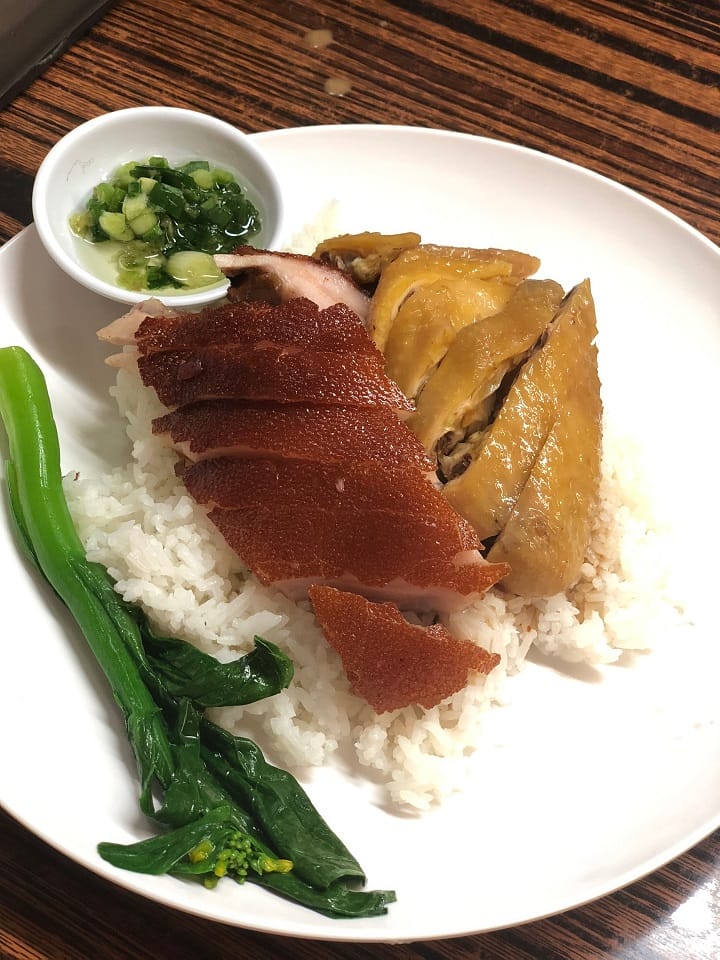 The meal was followed by an authentic Cantonese dim sum lunch at Seventh Son in Wan Chai. The most surprising item to Arai was braised pomelo pith with shrimp roe, alongside siu mai and Chinese fried chicken. He noted the dim sum in Hong Kong differs greatly from the ones he had tasted in the Chinese restaurants in Japan.

As for roasted meat, options are abundant in Central. Sato had chosen one-Michelin-starred Yat Lok, opposite Ta Vie, but as it was taking a break, the duo went to Lung Kee instead. The hunks of roasted meat displayed in the front of the shops were a new sight to Arai.

They ordered suckling pig, soya sauce chicken, roasted goose and char siu to go with the quintessential cha chann tang drink yuenyeung (coffee with tea), which gave them an in-depth understanding of the charm of unassuming Cantonese fare. 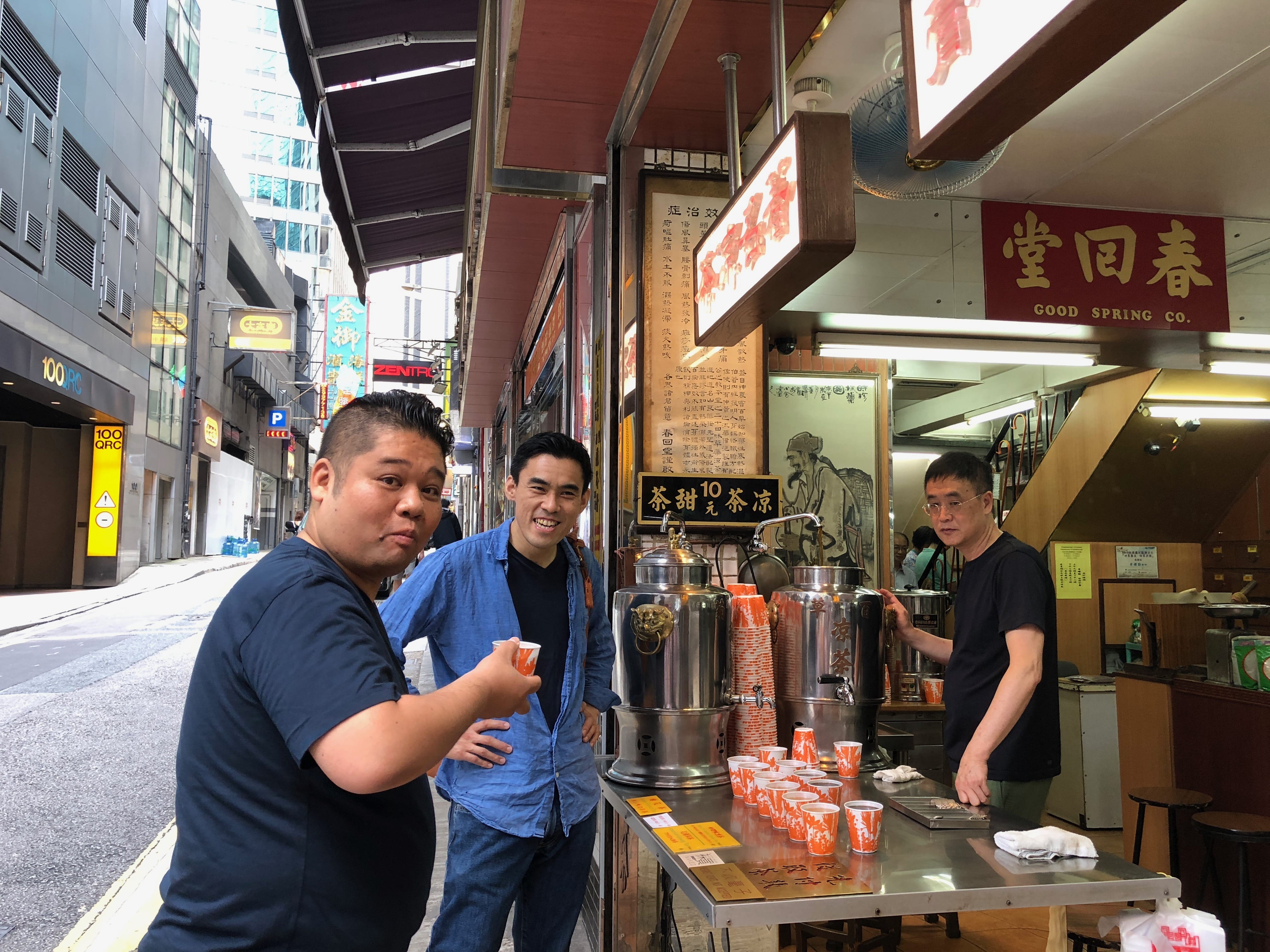 As Arai has a deep interest in Traditional Chinese Medicine, he visited Good Spring Company, where he bought the herbal tea and turtle jelly. The way people picked up a cup of herbal tea casually from the shop and ate the bitter turtle jelly fascinated him. When asked if he would incorporate elements of those into his food, he responded: “That’d be difficult.”

Up next, the chefs turned their attention to the egg waffle from Mammy Pancake, a Michelin-plated street delicacy, and Tai Cheong egg tart, which is another tourist favourite. Arai exclaimed the egg waffle reminded him of Asakusa’s speciality ningyo-yaki.

Before Arai, Sato had entertained five guest chefs from overseas. In terms of what they liked to see and eat, he pointed out: “The chefs loved to visit the wet markets. This time, I went to the Wan Chai Market with Arai too. As for food, they were most interested in Cantonese food and local snacks.”

Did the chefs react to the food they tasted with surprise or excitement?

“Of course, every chef had their preferences in food, but dim sum was basically their favourite. What surprised them the most was the subpar service in many restaurants,” Sato said. This was not surprising, as most of the invited chefs were from Japan, where etiquette and service are of utmost importance. 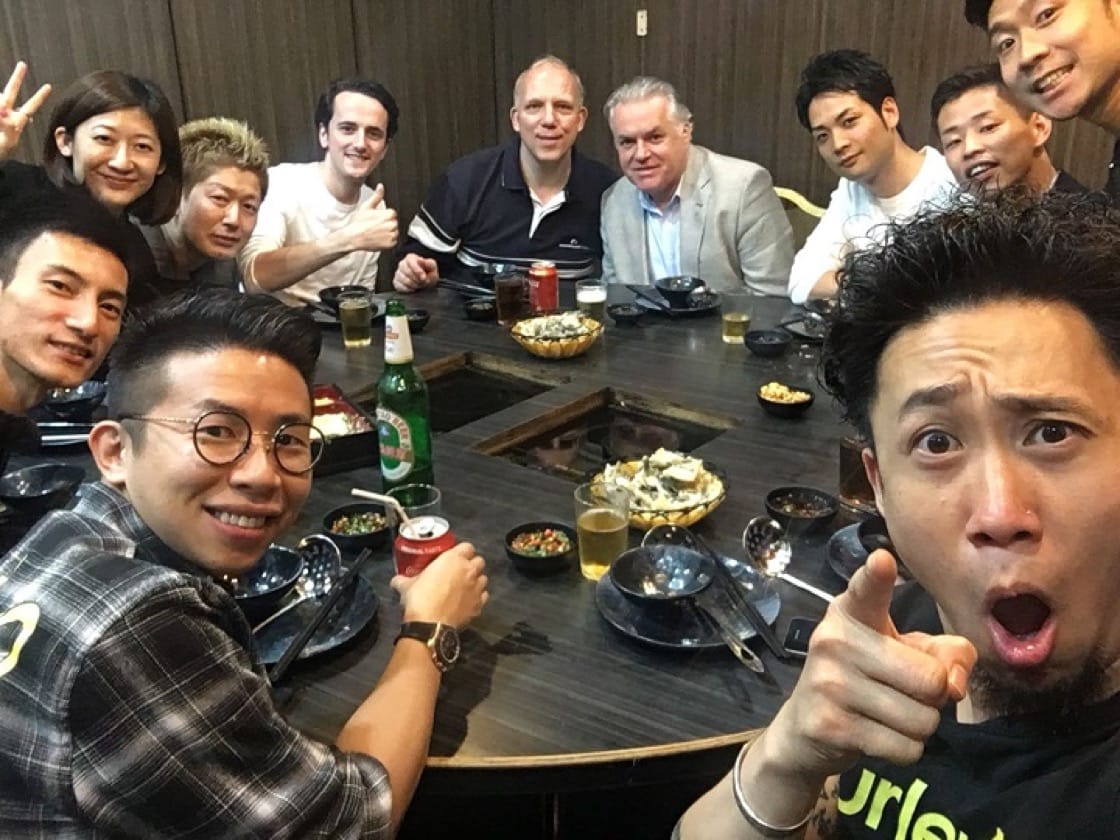 Peter Find, the executive chef at The Ritz-Carlton, Hong Kong, has played host to more than 30 chefs from around the world for the hotel’s guest chef promotions. Among those are the chefs of Duck & Waffle and Zaiyu Hasegawa, the chef of Den in Jinbōchō, Tokyo. Last year, he even hosted one of the greatest French chefs, Dominique Bouchet. His restaurants in Tokyo and Paris have both won stars in the MICHELIN Guide and he is deemed a big influence in the development of French food in Japan.

“Many foreign chefs would want to try the authentic dim sum and the street food from Hong Kong. When I first came to Hong Kong 20 years ago, I was surprised by the local hot pot restaurants’ setting, which often comes with plastic chairs and without tablecloth,” said Find. “Dim sum restaurants with pushing carts and Chinese sweet soup shops were something I had never seen. Of course, I would take the chefs to try something Europe doesn’t have, like pineapple bun and egg waffle.”

On the last night of Bouchet’s stay, Find introduced him and his team to Jordan-based Tao Yuen Hotpot Restaurant, after a Cantonese dim sum feast at two-Michelin-starred Tin Lung Heen, from where he works. “I like to recommend Hong Kong-style hot pot to foreign chefs. This unique cooking technique is like an adventure to many chefs. We ate until midnight. It was unforgettable,” Find noted. However, Bouchet held a different opinion.

“Dim sum was more interesting to me than hot pot. It’s very delicate from technique to flavour. But the atmosphere of the hot pot restaurant was very nice. It was also the first time I tried Hong Kong-style hot pot, so it was very intriguing,” Bouchet added.

In addition, Find realised that foreign chefs were big fans of Chinese cooking utensils. Many of them were shocked to see Chinese wok, knives and stoves for the first time. The fact that Chinese cooks use their cleavers to make fine cuts on the ingredients also left an impression on them. Find would often get pineapple buns from where he lives for his visiting colleagues for breakfast, giving them a taste of authentic street food. 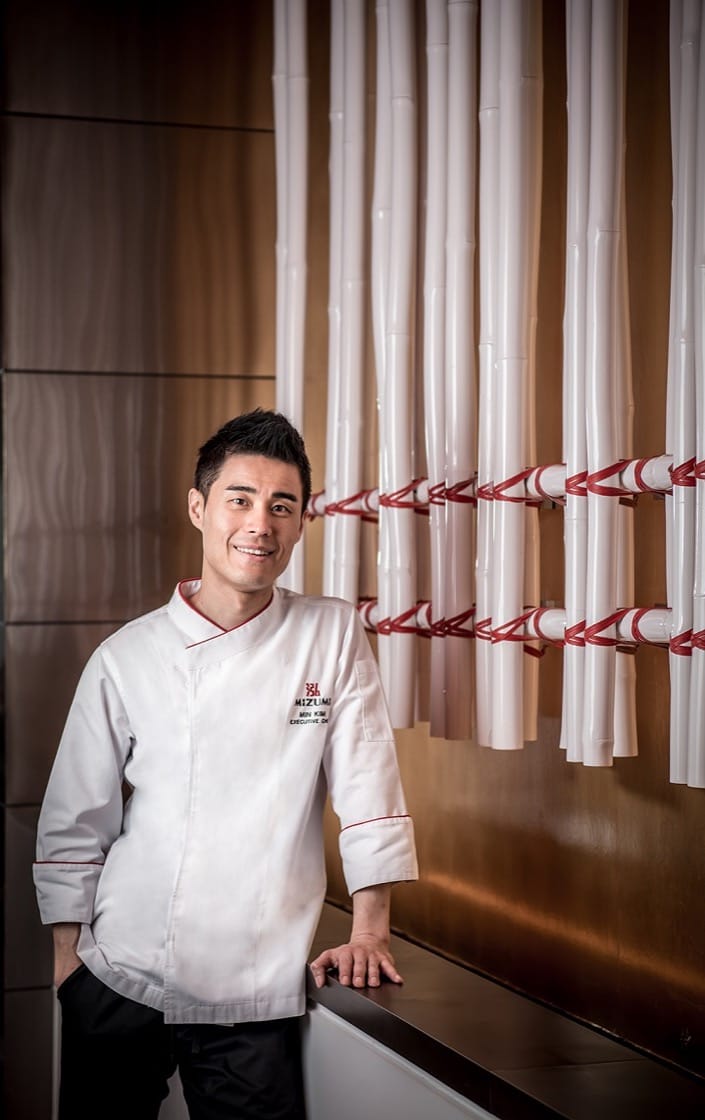 Congee and Noodles of Macau

Macau-based chefs also have their little black book to share with their guests. Wynn Macau has been active in working with foreign chefs lately. Chef Ryohei Heida from two-Michelin-starred Shoun RyuGinn in Taiwan was one of the guest chefs who showed off his skills at Wynn Macau’s Japanese restaurant Mizumi in June last year. Mizumi’s South Korea-born executive chef Min Kim gave Heida a late night supper tour, sampling the best flavours of Macau.

Kim, who had much experience hosting foreign chefs, once took a whole culinary team from South Korea on a supper tour, eating and drinking until 3am. The highlight this time with Heida was Bib Gourmand restaurant Luk Kei Noodle.

“Chefs from abroad like to look for local flavours. I’ve tried this restaurant several times. It’s simple and authentic. Not only does it represent the gastronomic culture of Macau, its opening hours also suit us who finish work later,” Kim explained.
This story is written by Emily Tong and translated by Vincent Leung. Click here to see the original article.