From early childhood summers to his current adult vacations, here are the places chef Ryan McCaskey loves to visit in the Pine Tree State.

Ryan McCaskey, chef and owner of two-Michelin-starred Acadia in Chicago, has spent a lot of time in Maine, spending many family vacations in Deer Isle and later cooking at the local Goose Cove Lodge while in culinary school. In fact, his entire restaurant is based upon the the coastal cuisine of the state, importing shellfish from both Deer Isle and neighboring Stonington.

“Pulling from his Vietnamese heritage as well as his travels in Maine, chef McCaskey’s cooking is ambitious, precise and deliciously technical,” say Michelin inspectors. “Perhaps even more importantly, his kitchen’s commitment to that vision is palpable in every bite.” On November 12 through 14, McCaskey will bring his lauded fare to Chefs Club—and Stonington lobster is on the menu.

So what’s on the chef’s agenda when he visits the Pine Tree State? 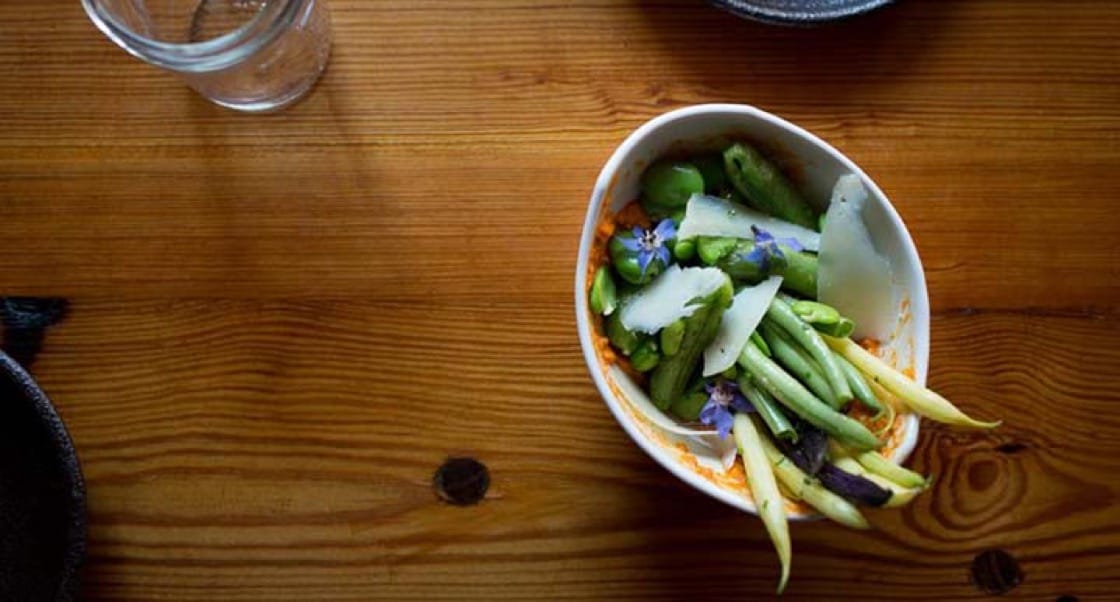 Local beans and peas with romesco, Pecorino and oregano at Central Provisions in Portland. (Photo by Kari Herer.)

“Though I don’t fly through Portland much anymore, when I do, I always stop at LFK for libations,” he says of the hip watering hole fully equipped with craft beers, signature cocktails and assorted bar snacks. After a trip to LFK, McCaskey makes a pitstop at Miyake, a washoku—or, traditional—Japanese eatery offering sushi rolls, omakase nigiri and sashimi and a daily bento box. “Some of the best seafood around,” he says. Christopher and Paige Elise Gould’s eclectic Central Provisions is another favorite of McCaskey’s; dinner items include boquerones with espelette, bone marrow toast, and ricotta gnudi with chanterelles, squash and rye crumble.

McCaskey then heads up the coast, stopping at antique shops looking for the perfect quenelle spoon or antique glasses for the bar, all the while ducking in and out of lobster roll shacks. (Five Islands Lobster Co., McLoons Lobster Shack and McLaughlin’s Lobster Shack, among many, many others, can be found along Maine’s coastline.)

Next up is his coveted Deer Isle—his home—where he stops in Blue Hill at the local co-op for groceries. “I usually dip into Blue Hill Wine Shop to see my favorite pal, Max,” he adds. “He’s like a mad scientist with wine—I always find a bargain and get turned on to new wines.”

McCaskey also stops at Eggemoggin Country Store for fresh picked peekytoe crab and blueberries, when in season. Burnt Cove Market, a part of Deer Isle’s Island Employee Cooperative, is also on McCaskey’s list of stores he visits, and it’s conveniently located a couple of blocks from his house. “I stock up on tea, local pastries from Tinder Hearth Bread Co. and breakfast items.” 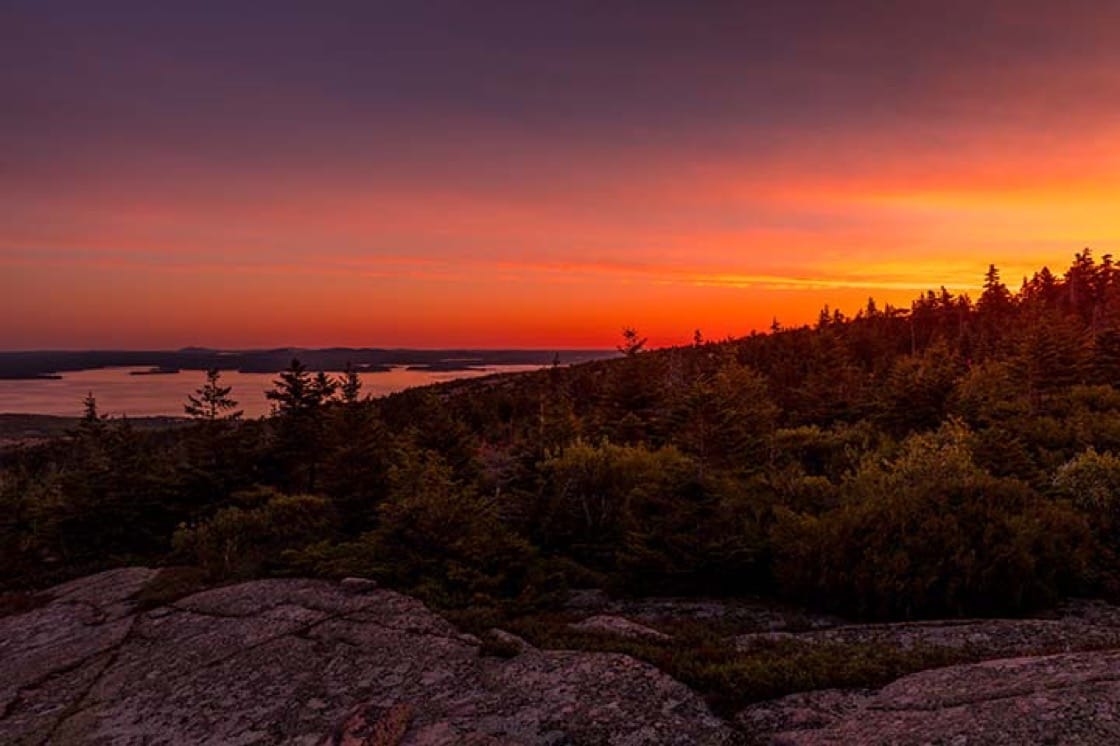 Like many Maine visitors, McCaskey, too, frequents the popular town of Bar Harbor—specifically for miso-butterscotch ice cream at Mt. Desert Island Ice Cream, nitro coffee beer drinks at The Barnacle and pizza at Rosalie’s, a favorite. (“I used to take all of my dates there!”)

McCaskey also takes full advantage of the great outdoors that Maine has to offer, including hiking in Acadia National Park—which protects the beauty of the highest rocky headlands along the Atlantic coastline of the U.S.—and going to the beach on Deer Isle.

“And a must is stopping at Yellow Birch Farms for their lettuces,” he adds. “Yellow Birch lettuce is some of the best I’ve ever had! Really nice people, too.”

Kristen Kish of Austin’s Arlo Grey recommends this dynamic resort town for your next travel destination.