Madonna, Elizabeth Hurley and the British Queen Mother have nibbled on his pastries, Claudia Schiffer sought him out for her wedding and the first cake that David Beckham ever fed his son Brooklyn was an Eric Lanlard creation.

A cookbook author and host of television shows on the UK’s Channel 4 such as 'Glamour Puds and Baking Mad with Eric Lanlard', the French-born pastry chef is no stranger to fame. At the young age of 22, he started his own pastry business, Laboratoire 2000 in London. In 2005, the business was rebranded as Cake Boy, after a short makeover as a South London cafe and pastry emporium that sits within a peaceful, contemporary boulevard alongside the river Thames.

“Cake Boy is not uppity at all. It is not like those tea salons in Paris, where you had to hold your breath as you enter. We want to create an atmosphere that is welcoming and relaxed, and at the same time, that can serve as a school for pastry. I enjoy sharing my knowledge of pastry with people, so it was where people could personally try out recipes from my cookbooks, 'Master Cakes (Hamlyn)', 'Home Bake, Tart it Up!', 'Chocolat' and my latest book that was just released last June, 'Afternoon Tea',” explains Lanlard. 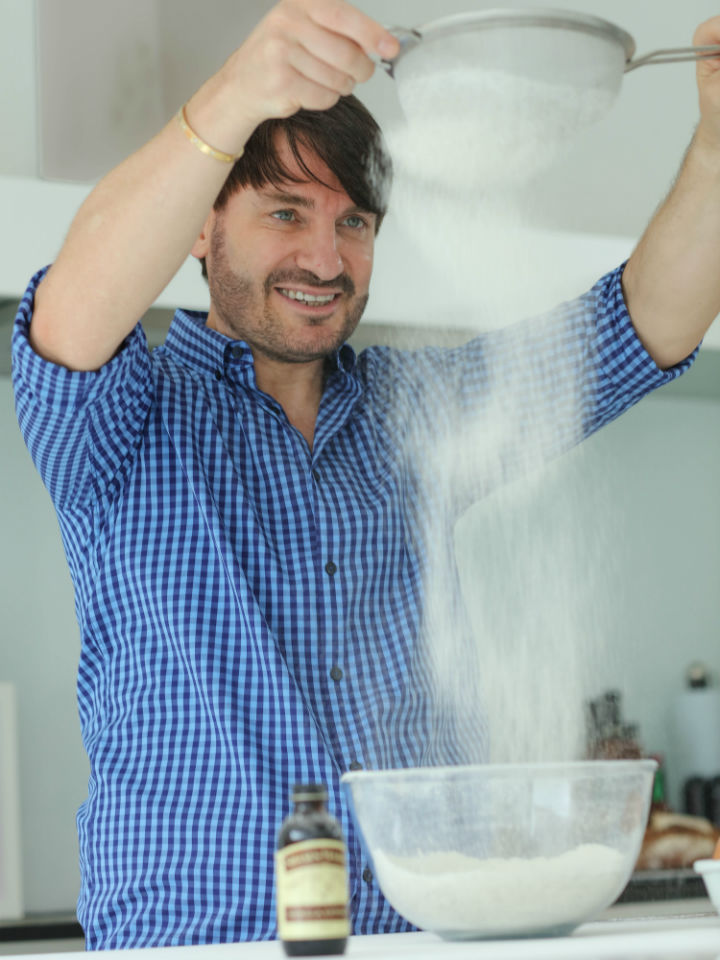 Despite his widespread recognition, Lanlard comes across as hardly a diva - he’s never turned down a single request, he says. His philosophy: as long as a customer can dream it, he’ll make it.

“It’s not in my character to say no to people. Whenever customers ask me if I can make this or that, I’ll usually say yes first. When I return to the kitchen and tell the team about it, they will usually tell me that it’s impossible. But that’s how we’ve grown over the years. Whenever a customer challenges us, we’ll rise to meet the challenge, and push ourselves onwards, step by step.”

Eric Lanlard was previously a chef for the French Navy, and moved to the UK in 1989 to work for legendary UK-based compatriot chefs Albert and Michel Roux. On starting Laboratoire 2000 on his own, he says: “Baking is a discipline that is very closely intertwined with chemistry, so to me, a pastry kitchen is a laboratory. I fell in love with the precision and the science behind baking, or rather, the art of baking.”

He has known that he wanted to be a pastry chef ever since he was 10.

“I was infatuated with the ‘feeling’ that patisseries gave you - when you spend 15 minutes choosing your favourite cakes, and then another 30 minutes watching the store assistants slowly wrap it up in a beautiful cake box and dress it with a delicate ribbon, and when you walk out of the store with your head held up high and your heart bursting with joy. It’s the same feeling that most women probably from while walking out of a Louis Vuitton store. There was a luxury and decadence to pastry - that is what I love most.” 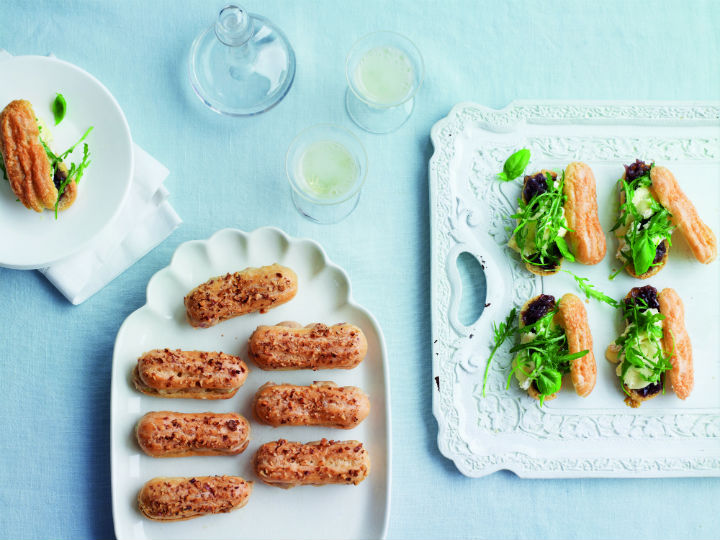 His afternoon teas are a multi-sensory indulgence that you have to experience with not just your tastebuds, but all five senses.

“One time, we spritzed some earl grey tea essence into the air, just before our customers tucked into their food. Another time, we infused the air with an orange blossom fragrance,” he recalls.

On the origins of his early love for pastry, he recalls: “I grew up in Brittany in France. My mum was an Anglophile, she loved anything British. I remember summers when she would specially take me on the ferry across the channel to the UK, just to partake in some afternoon tea. 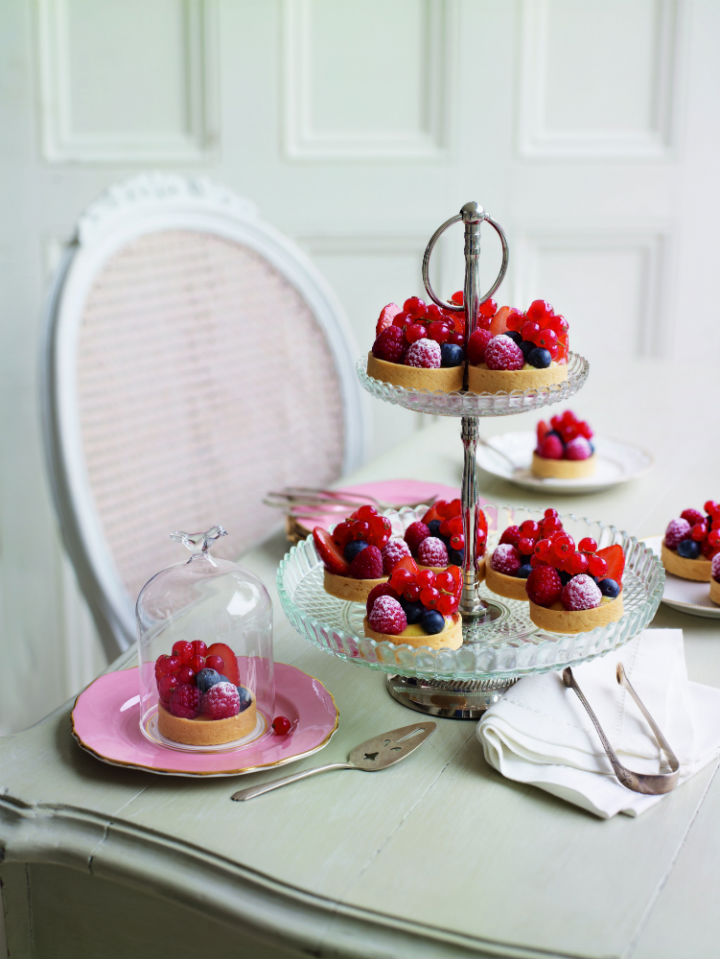 Though it was London where this French pastry chef made a name for himself, he was already enrolled in Le Grande, a legendary patisserie in his hometown of Brittany, and later apprenticed at Luxembourg’s Boulangerie-Pâtisserie Arens Scheer.

“Though I love desserts, I don’t actually enjoy eating them myself!,” he admits. “What I love is the process of pastry-making, and the joyous mood associated with cakes and pastry - they are often created for celebratory occasions. And compared the hustle and bustle of a hot kitchen, the pastry kitchen is a much calmer and quieter place, and more conducive for concentration. I find the whole process almost therapeutic.”

This is also why you won’t find his desserts overly sweet. On the contrary, he prefers to play with savoury flavours, seen in creations such as the lemon and smoked salmon macaron or cep mushroom and brie profiteroles, and more. 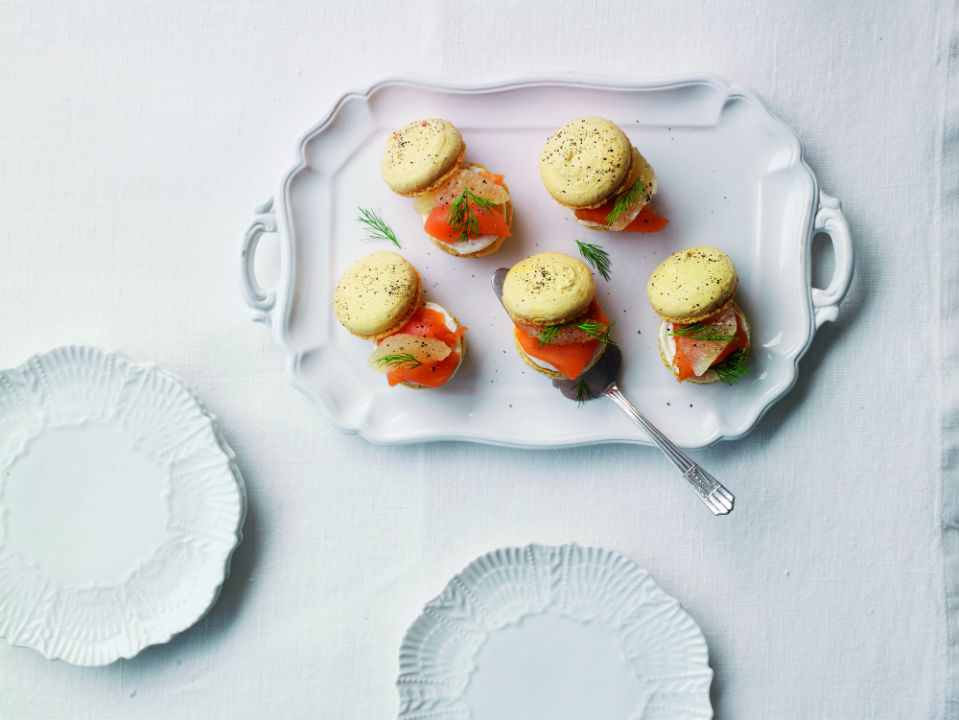 “I love chocolate, especially discovering chocolates made from rare and unusual cocoa beans, and the feeling of luxury they give. I also love citrus fruits; I started adding Japanese yuzu into my cakes before they became a trend, hardly anyone knew what they were back then,” he recalls.

He travels for inspiration, and discovering new and different ingredients on each trip helps to keep his creative juices flowing by constantly coming up with new flavour combinations using the ingredients he encounters, he says. Palm sugar, for instance, is something he chanced upon while in Asia, and is now incorporated into his creations regularly.

What are the upcoming pastry trends in 2017? “Trends come and go, but I think the French choux puffs could be the next dessert craze. As people become increasingly health conscious, low-sugar desserts will become more common, along with allergen- and gluten-free pastries.”

Translated from the original article in Chinese by Debbie Yong.

Chefs and the Community
People 7 minutes

wine Champagne
All articles of People