The head chef of three-Michelin-starred Osteria Francescana is feeding Rio de Janeiro (and he hopes, the world) one bowl of soup at a time.

Twenty kilograms of prawns, 15kg of fish fillets, 40kg of vegetables and 20kg of meat. That’s the amount of unspoiled food regularly being thrown out at the London’s Olympic Village back in 2012, according to one catering whistleblower speaking to the BBC. "It was an accumulative process which would result in metric tonnes of food being wasted each week,” he said.

And they had the proof: as photos and video footage of large amounts food being disposed went up online, a furor spread across the UK.

Food wastage is a massive issue that’s long been the bane of both developed and developing countries. Brazil alone is said to throw out enough to feed 7.2 million hungry people in a nation where 21.4 per cent of residents live below the poverty line. With the Olympics in full swing, the issue is even more pressing – especially with an additional 11,000 starving athletes to feed.

Things have thankfully taken a different tune this year. Massimo Bottura, head chef of three-Michelin-starred restaurant Osteria Franscescana has stepped in to set up RefettoRio – a zero-waste soup kitchen that turns all surplus food from the Olympic Village into free meals for the city’s poorest residents.

That’s at least one more good thing to emerge out of the 2016 Olympics, besides Singapore finding a swimming champ in Joseph Schooling. 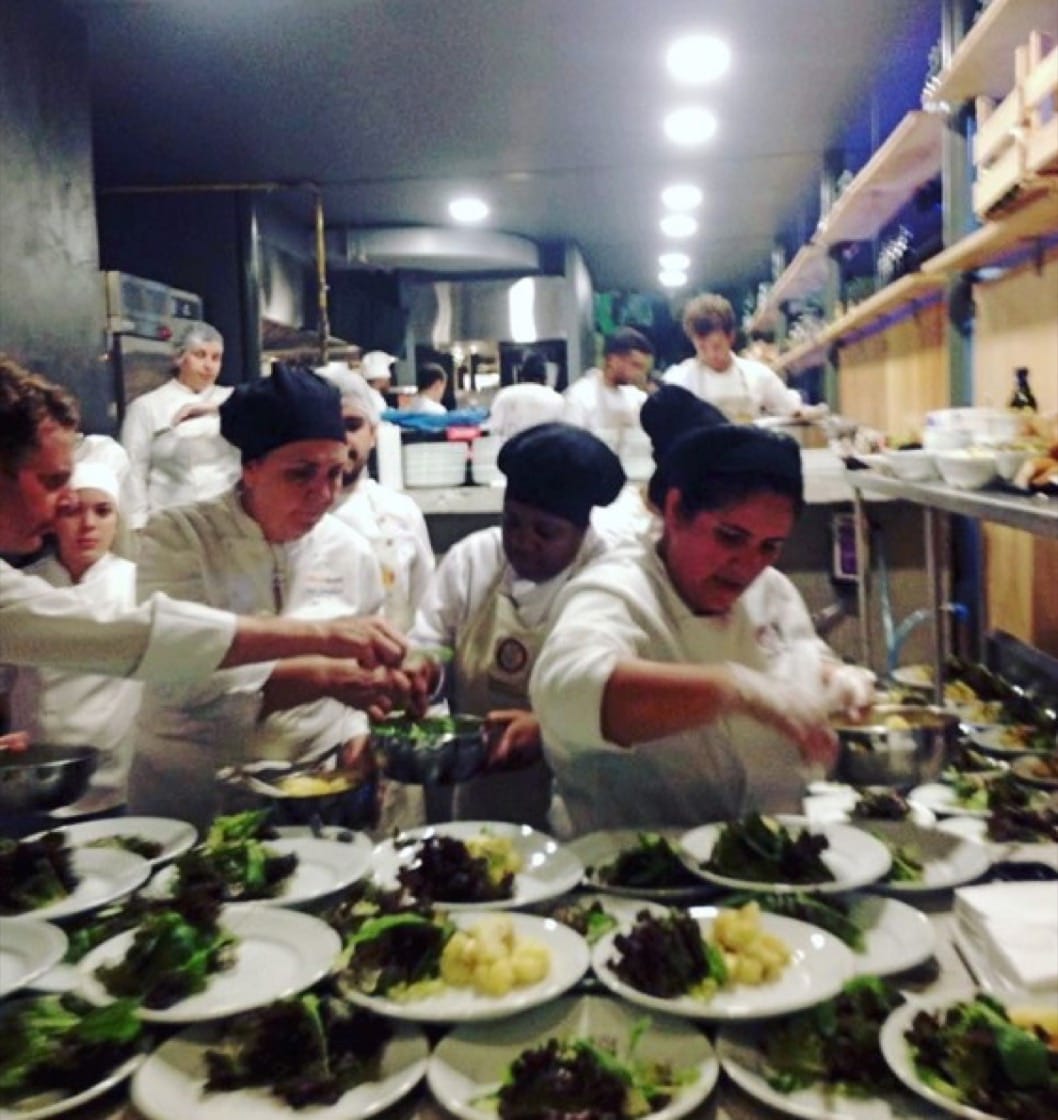 The venture is a joint initiative with Gastromotiva, a Brazilian organisation founded by American architect David Hertz to train and equip the underprivileged with hirable kitchen skills. And indeed, most working at RefettoRio are graduates from this program.

But Bottura is quick to add in an interview with Npr.org that, "This is not a charity project, but a cultural one. It's involving architects, artists, designer[s], to create a space full of beauty and culture."

And the proof of ethos is, quite literally, in the pudding. Bottura creates enough nutritious three course meals to feed about 100 people each day - and bland, uninspiring nosh that one would associate with large scale cookouts and charity soup kitchens is nowhere to be seen. Think along the lines of fresh salads and hearty soups, made from produce that would’ve otherwise been chucked into the bin.

"So we are going to get the overripe banana, the ugly mango or milk that was almost expired," Bottura tells NPR.org. "And we show people what we can do with that - something amazing, something bright, something full of hope."

Bottura’s work in the Brazilian capital, while lauded, is not his first. It’s an adaption from a similar initiative in 2015 where he converted an abandoned theatre in Milan into a soup kitchen. But as the 2016 Olympics is drawing to a close on 21st August, plans are in place for RefettoRio to receive leftovers from restaurants. Already, the space is seeing chefs from around the city and even region taking over on a nightly basis.

“Now that I am considered the most influential chef in the world, my voice is screaming instead of whispering,” says Bottura. There's no better cause worth throwing his Michelin-weight behind.

(Related: First Day I Got My Michelin Stars - Massimo Bottura)

The MICHELIN Guide Slovenia 2022 unveils a vibrant and gratifying selection of restaurants.

Michelin is pleased to present the new restaurant selection of the MICHELIN Guide Guangzhou. Unveiled today during an event organized at the Ritz-Carlton Guangzhou, the 2022 vintage highlights 111 restaurants, including 3 Two MICHELIN Starred, 16 One MICHELIN Starred and 38 Bib Gourmand. Altogether, the selection illustrates a dynamic culinary scene which stands out by its variety of scale and styles, with no less than 20 types of cuisine.