What Is Aquafaba and How Do I Use It?

All you need to know about the popular bean liquid.

When your diet excludes meat, honey, eggs and dairy products, workhorses of most recipes in the culinary world, it’s time to get creative. From plant-based milks (like flax, oat and quinoa) to tofu and tempeh, vegans have found a substitute to almost every well-loved omnivore recipe, making them extremely imaginative cooks.

Up until recently, however, a viable substitute for one ingredient has stumped vegans—the humble egg white. Common egg substitutes include tofu, flax seeds, chia seeds and bananas, but these replacements don’t work for egg-white-only recipes like foam-topped cocktails, meringues, mousses, macaróns, marshmallows and angel food cakes.

But that was until a certain software engineer in central Indiana, Goose Wohlt, uncovered and thereafter coined the name, aquafaba, in 2015.

Sounds fancy? Not really. The magical ingredient is something we often pour down the sink: water from a can of chickpeas. 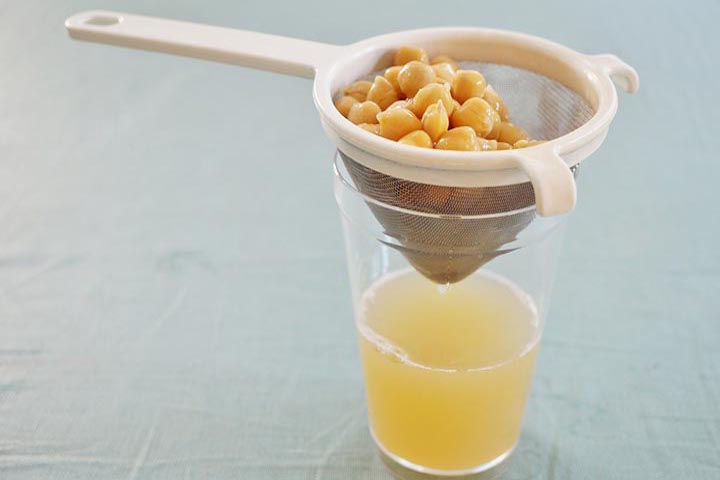 Regular egg whites are about 90% water and 10% protein, and even though Aquafaba only contains about 1% protein, it also includes a similar mix of starch, sugar and a small amount of a chemical called saponins, which is the agent that causes things (like detergent) to foam up.

The ingredient has since taken the vegan world by storm, spawning an official website by Wohlt, Facebook groups and cookbooks. Last year, the word "aquafaba"—made up of the two Latin words for water and beans—even made it into the Oxford Dictionary database. 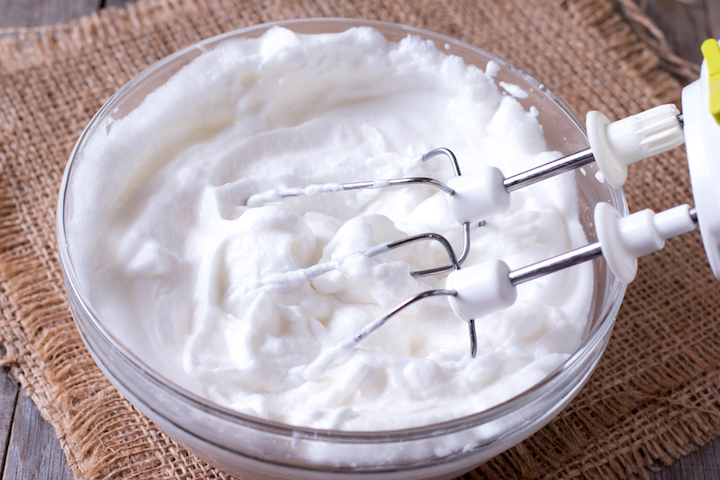 Whipping a can of chickpea water turns it into froth.

According to Wohlt, the rule of thumb is one tablespoon of aquafaba per yolk, two per white, and three for a whole egg. Whipping a can of chickpea water turns it into froth instantly, and a good whizz with an immersion blender results in stiff, glossy peaks. After cooking, there is no residual beany flavor or smell, and best of all, it contains few calories.

Below, a recipe for simple vegan meringues (to use as a starting point for pies and pavlova), chocolate mousse and mayonnaise. 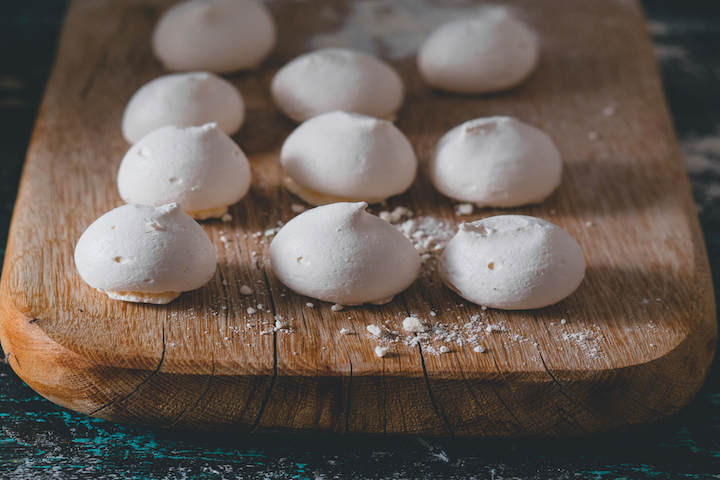 2. Brush a small amount of vegetable oil on a sheet of baking paper and place on a baking tray to prevent the meringues from sticking.

3. Pour the aquafaba into a large mixing bowl and add the cream of tartar. Beat the mixture with a handheld electric mixer until white and glossy. Continue whisking while slowly adding in the caster sugar until the mixture thickens up and forms stiff peaks.

4. Using a common tablespoon, spoon out the mixture on the baking paper, leaving about an inch of ample space in between. Bake in the oven for about an hour, until the crust is slightly golden and firm to touch. If it is still sticky, check again in 10 minute intervals until dry. Remove from the oven and leave out on the counter to cool. 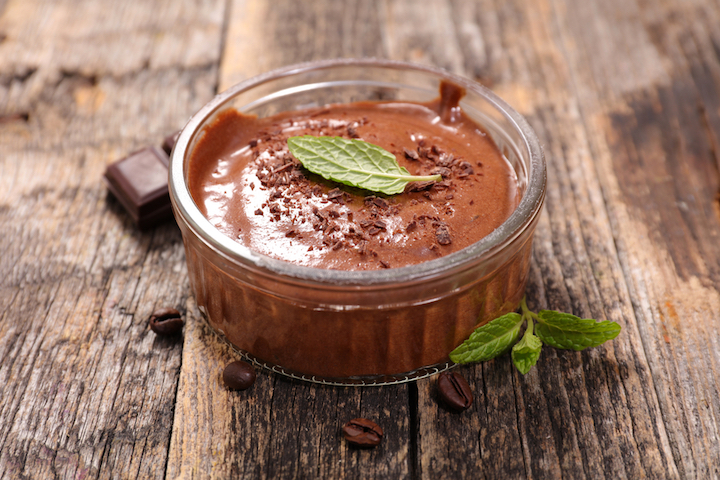 1. Melt the dark chocolate in a bowl placed over a pan of simmering water and turn off the heat, allowing it to cool.

2. Meanwhile, beat the aquafaba with a handheld electric whisk until stiff peaks form. Add the icing sugar and salt and mix for another 15 seconds.

3. Make sure the chocolate is cooled down and gently fold it into the meringue bit by bit with a spatula and stir it just slightly enough to incorporate it. Serve it, or let it cool in the fridge overnight to harden a bit more. 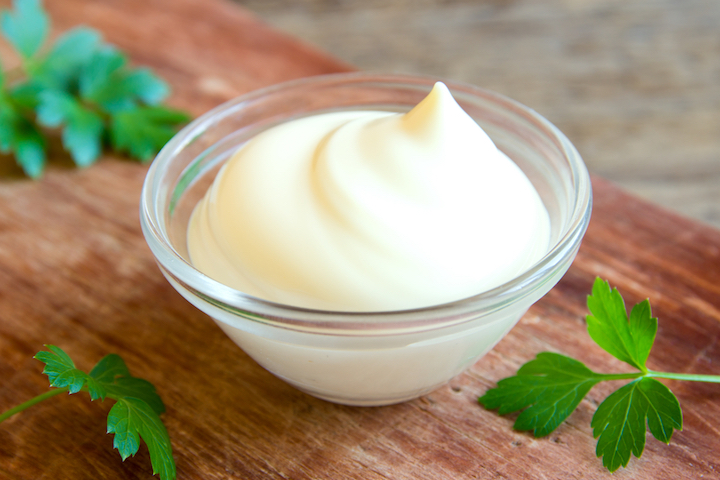 1. In a small bowl, add the vinegar, ground mustard, salt and chickpea liquid and blitz with an immersion blender for a second until just combined.

2. With the immersion blender running, slowly drizzle in the oil, 1/4 cup at a time. As the mixture thickens, move the blender around to combine evenly until the mixture is thick enough that it doesn’t run off the blender.

3. Transfer the mayonnaise into a jar and store in the fridge for up to a week.