Two years ago the inaugural edition of the MICHELIN Guide Bangkok awarded 17 restaurants with stars reflecting a range of culinary pulchritude, from the two-starred Mezzeluna’s slick European-Japanese fusion, also serving up views in the sky-high Dome at Lebua (a setting that you may be familiar with from the movie The Hangover 2), to the one-starred Jay Fai, nickname of owner Supinya Junsuta, a street food vendor and “crab omelette queen” in the city’s Phra Nakhon district.

But one Bangkok hotel had already been quietly tickling taste buds with Michelin-approved fare for years before the guide came to town. Bringing in heavy-hitting guest chefs to cook in its own restaurant Jojo, The St. Regis Bangkok sought to supplement the city’s diverse fare with underrepresented cuisine, cooked by the best in the business. Visitors have included Massimiliano Mascia from two-starred San Domenico in Imola, Ronny Emborg from two-starred Atera in New York, Patrick Jeffroy of his eponymous two-starred restaurant in Brittany, France, and more, setting up shop for limited stints. Last November you could have experienced Sayan Isaksson of Sweden’s Esperanto cooking Thai ingredients with New Scandinavian techniques, and just last month you could have had tasted dishes like crispy lamb leg with black truffle and a truffle-infused chocolate ice cream from Catalan master Pere Planagumà of two-starred Les Cols in Olot, Spain. All without leaving the city. 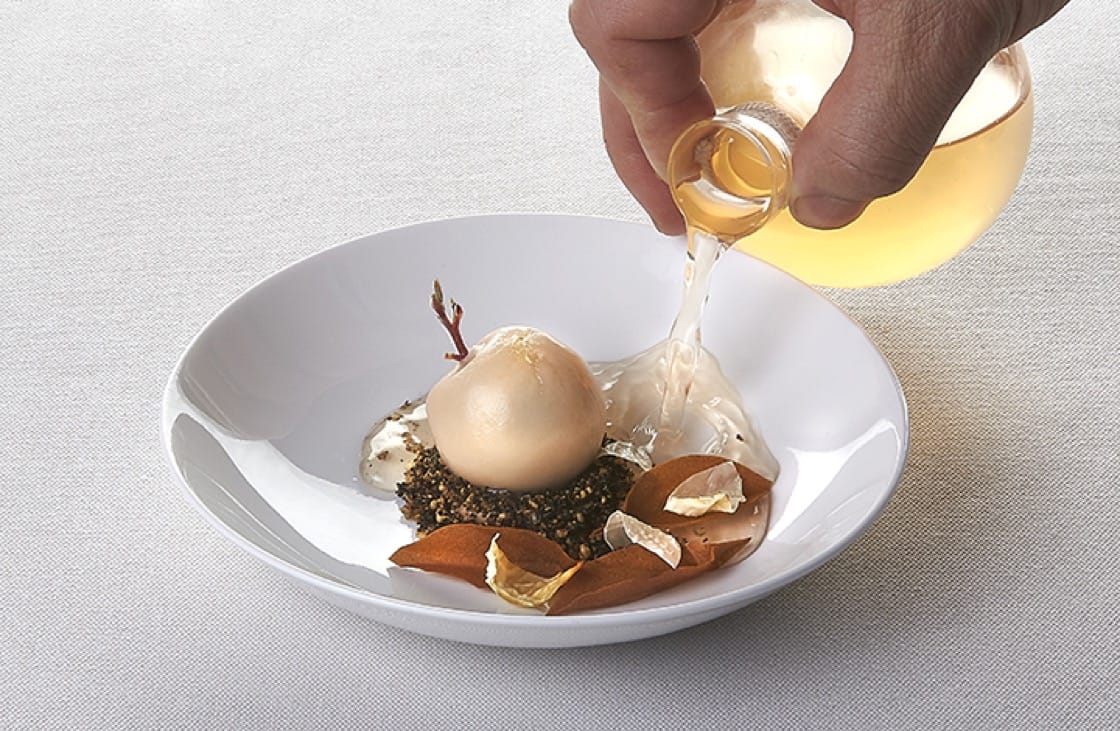 For the St. Regis, picking the guest chefs is a calculated affair. “The process of selection is to understand the restaurant scene in Bangkok to see what exceptional talents can be found to fill a gap in the market, while continuing to compliment The St. Regis brand and our reputation,” says Carl Chapman, director of food and beverage of the hotel. And rather than wane with the introduction of the MICHELIN Guide, the guest chef program thrives. “As it is no longer a rarity to enjoy Michelin food,” continues Chapman, “It now means that our collaborations really need to offer something totally different than what is currently accessible in the market.”

The “something totally different” is attained by giving freedom. “As this partnership is for the chef to present his signature dishes, we really do allow the incoming chef to create the menu, with a little nurturing from us,” says Chapman. The chef thus comes in with the concept and works with the hotel on details: number of courses, accommodation of guests and where key ingredients will be sourced. If ingredients aren’t able to be sourced locally or imported, the hotel then works with the chefs to figure out how they can be replaced. “We also consider the plateware, glassware, music, breads, wines and petit fours to complete the full experience.”

But as these are short stints, a sought-after reservation is not always attainable. Luckily a night in the restaurant is not the only way you can experience visiting chefs. Last fall, in addition to their traditional Thai high tea—a draw in its own right with dishes like pandan leaf and coconut scones alongside calming views over the green Royal Bangkok Sports Club golf course—you could have also enjoyed a special high tea in The St. Regis bar area designed by chef Sayan, with Scandinavian treats like house-cured gravlax with rye bread and dill prawns wrapped in kohlrabi. Plus, if you wanted, a signature (and fiery) Siam Bloody Mary with Thai chiles, coriander, lemongrass and wasabi. The tea was such a success the hotel hopes to plan more collaborations. “It’s something to continue to develop in the future for bar food,” says Chapman. “And perhaps even breakfast!”

Photos courtesy of The St. Regis.