A Look at Burgundy Today with Anne Moreau

Even tradition-bound regions are changing to adapt to the modern world.

Anne Moreau of the distinguished Domaine Louis Moreau visited New York City at the end of April on behalf of the Bourgogne Wine Board to talk about Chablis, the changes underway there, and to show off some of Burgundy’s more moderately-priced wines.

For those unaware, she handles communications for her Domaine in addition to managing sales and distribution for the United States, Australia and a number of European and Asian countries and is also co-president of the Bourgogne Wine Board’s Communication Committee. She settled in Chablis and married Louis Moreau in 1995; he’s the sixth generation of the Moreau family making wine in Chablis since 1814. 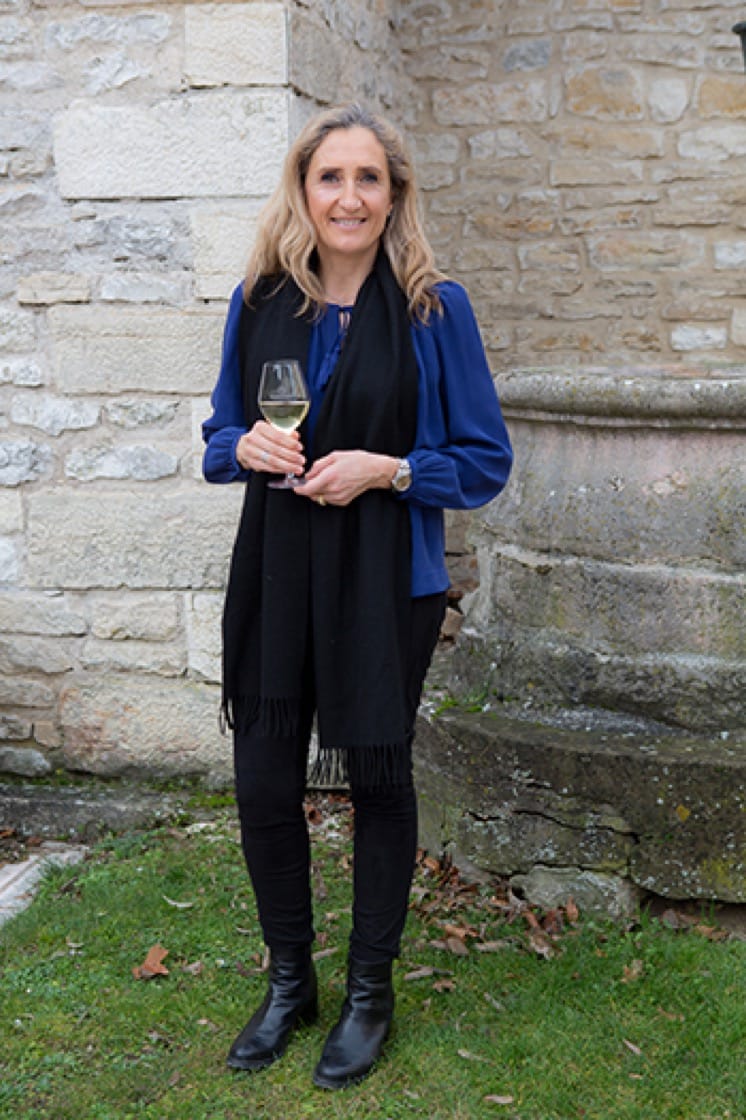 Domaine Louis Moreau produces Petit Chablis, Chablis, Chablis Premier Cru and Chablis Grand Cru; these are the four appellations in ascending order of importance and price. Most recently, Domaine Louis Moreau has gone completely organic in the Premier Cru and Grand Cru areas. “There has been a lot of change from the classic old ways in the last 10 years,” Moreau says. She credits her husband’s studies in California with modernizing their farming methods. Louis got his degree in oenology from Fresno State and worked for several wineries in California before returning home to take over for his father. “The younger generation goes abroad to study and bring new ideas,” she reports. “Louis really brought new ideas. He does a lot of nursery research. We’ve done a lot of work in the vineyards. We had to replace old plants to give new life to the vineyards. We’ve stopped pesticides. We’re using biodiversity. For example, some insects eat the moths which bring disease. It’s an environmental way of thinking.”

Burgundy has always had the reputation of being relatively closed to outsiders, not being the kind of place where tourists could just drive up and visit a winery. “Many are too small and don’t have the manpower to welcome visitors, and in some cases the small productions are already pre-sold,” Moreau explains. However, times, they are a-changin'. “We [now] do receive visitors at our Domaine, especially professionals. It’s important for Louis and I to know them,” Moreau says. “We hired a person to take care of our wine shop.” 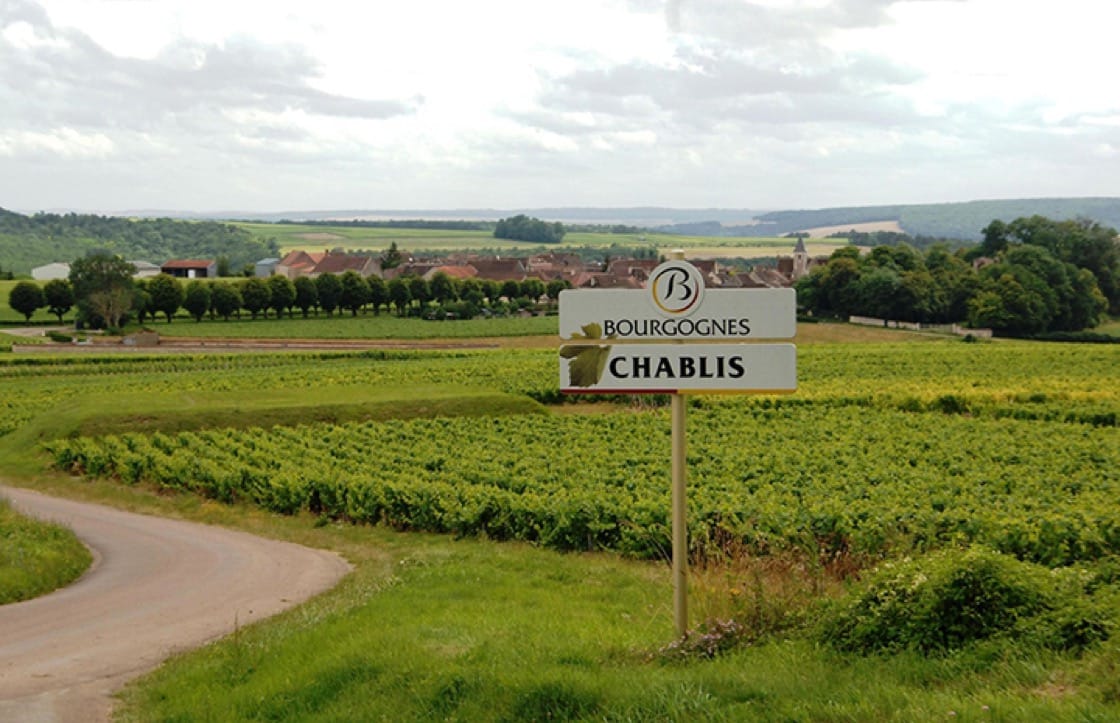 Today she is on a mission to “introduce lesser known wines that are good value and more affordable but still have the Burgundy stamp of quality.”

She presented two Crémant de Bourgogne wines, one from Simonnet Febvre and one from Bailly Lapierre; a St. Véran from Domaine des Vieilles Pierres-Litaud; a Bourgogne Aligoté from Goisot and her own silky Chablis Premier Cru. The iconic wines of Burgundy, like Montrachet, are well-known but practically require a second mortgage. These wines are in the $15 to $25 range retail, are crisp and refreshing and have the distinctive minerality imparted by the soil called Kimmeridgian, alternating layers of limestone and clay dating back 240 million years, containing fossilized oysters and ammonites.

Although they are 100 percent Chardonnay, the taste and style is very different from the typically-oaked California Chardonnay. 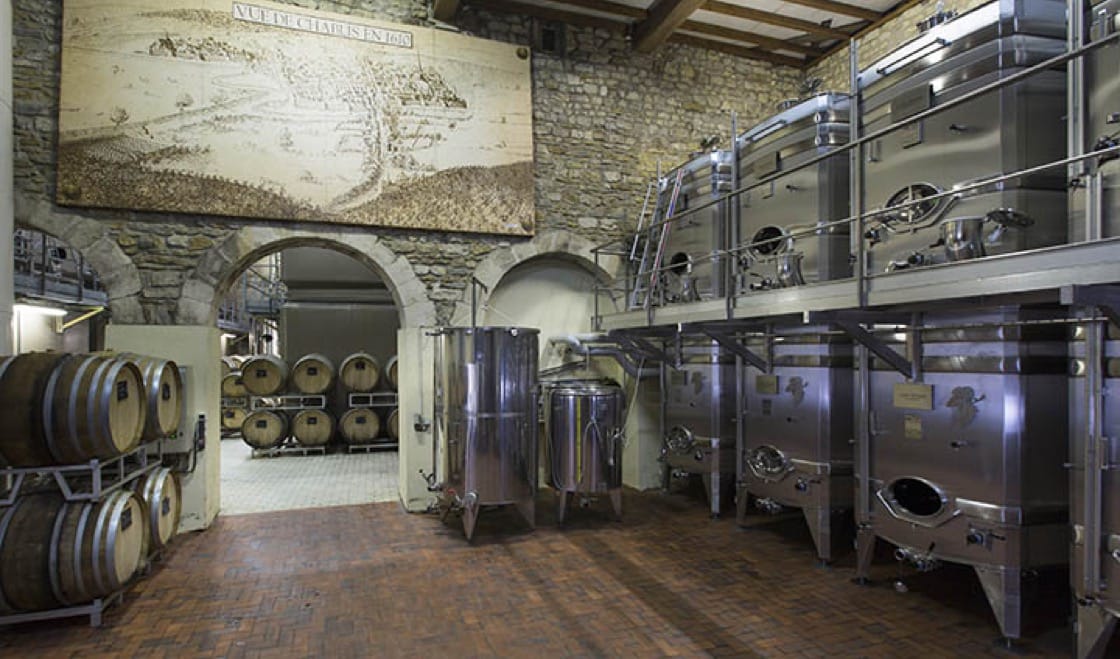 “These are ideal for wines by the glass,” she says. She’s particularly proud of the recent improvements in Bourgogne Aligoté, one of the only white wines in Burgundy not made from Chardonnay grapes, which has been transformed from a working man’s wine or the base of Kir to a wine that can stand on its own without the disguise of cassis. “It’s flinty and fresh, very good for an aperitif,” she says. There’s one on the wine list at Le Coucou in New York City, and one at FIG in Charleston, South Carolina.

She notes that Crémant de Bourgogne is also perfect for an aperitif. “We are very close to Champagne, so this is similar in everything but the price. This is very good for young people who just want a nice glass of bubbles. We don’t pretend that it is Champagne, but it’s a nice alternative. People don’t know much about it and it’s rarely on wine lists but sales were up 10 percent in the United States in the last year.”

Though it goes well with oysters and shellfish, she also says that it’s “freshness and fruitiness also work well with vegetables”—an advantage with so many restaurants going vegetable forward. “We had some the other night at abcV with a curried cauliflower,” she reports. “It can also carry throughout a meal because it’s not too strong.” Crémant can also be found on the list at Dan Kluger’s Loring Place in Greenwich Village.

“There’s a growing interest in bubbles,” she believes, and “people are looking for alternatives to other sparkling wines such as Prosecco.”

French wines in general are also benefiting from the renewed interest in French cuisine, and the growing number of restaurants once again devoted to it, as well as a number of Euro-centric wine bars such as Fairfax in New York City, Primrose in Washington, D.C. and Dominique Crenn’s Bar Crenn in San Francisco.

With such a charming French spokeswoman, Crémant de Bourgogne should have a competitive edge.