The path to a MICHELIN Star is one that chefs begin the first day they pick up a knife, a spoon, or simply add salt or pepper to a dish. It’s the dedication to precision, respect for ingredients, and culinary innovation elevating chefs' cuisine from humdrum to haute that sets them towards achieving their ultimate goal. However, recent years have seen the restaurant industry face global challenges from supply chain issues to inflation to the pandemic. But in spite of these challenges, chefs have seized these as opportunities to push themselves even further, while also being mindful of their teams, their surroundings, and society at large. With this in mind, we spoke with three newly crowned MICHELIN One Star restaurant chefs, Massimo Falsini of Caruso’s, Chris Barnum-Dann of Localis, and Philip Tessier of Press, to find out how the past year has been, and where they see the industry headed. 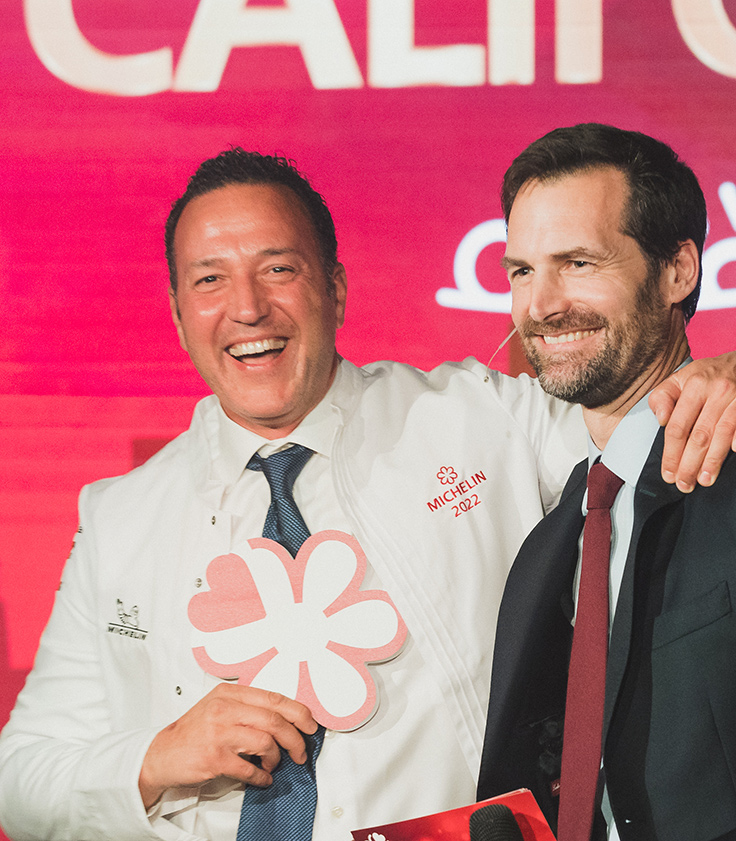 Since day one, in Caruso’s, we wanted to express the richness of the American Riviera’s landscape through the menu and have Mother Nature be the protagonist in the dining experience. My Southern Italian background mostly comes to life in the development process. It is the lens through which I discover ingredients and begin the transformation from idea to dish. The goal is to support the community, creating experiences in harmony with the land and the Ocean; have the guest feel the uniqueness in a dish, “where California’s incredible topography meets the Pacific Ocean and the Sky.” First rule of a successful chef, “learn something every day, teach something every day.” The biggest lesson we learned during the pandemic is that sustainability is the new immunity. The power of Mother Nature over us has never been more apparent and humbled us as well as made us question our choice in life.

The Pandemic reminded us how important it is to be together and what it means to nourish your body and others as an act of Love. With the support of ownership, we provided over 100,000 meals to communities in need. I felt, during those days, that these meals were the best food I ever displayed on a plate. This year I had the opportunity to meet Chef Shibani Mone who works with me in the kitchen and heavily influences our R&D process. Her sweet personality and her talent were instrumental in the development of some of our greatest dishes; my approach to food evolved in the past few years to be more collaborative and diverse. 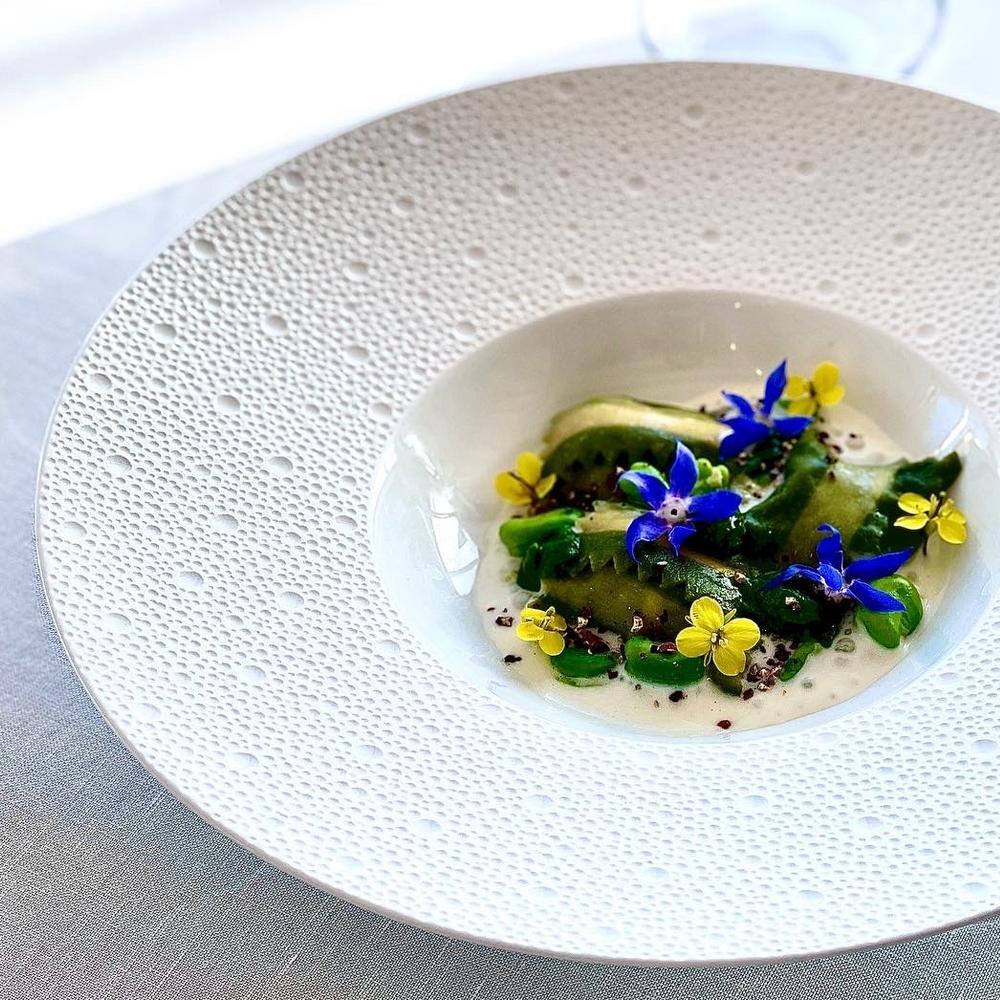 Localis was a dream when I started my culinary career. I quit school and after I finished [a job running a kitchen in Auburn], I finished school, and five years later I opened Localis. I learned that no one was going to work as hard as I was as an owner, and a lot of things I didn’t enjoy about the dining and kitchen industries. When I opened Localis, I had dreams of having a different restaurant that wasn’t so concerned in what the diner wanted, but the creativity of the team. I really didn’t want to be held back. We’re tasting menu only which is where we want to be. Tasting menus give you an option to try a bunch of different things in a night. Creatively, you don’t just serve somebody one dish. You get to speak to who you are as a person, like chapters of a book.

And the cuisine has been taking huge steps. Six months ago, was a definitive shift, as, as a team, we thought this was the best menu we ever put out. It was scary because when you hit this high, to change the whole menu in a month and start fresh is scary. We’ve hit these high marks and the whole team is really starting to feel what it’s like to be operating at a really high level. Leadership is trying to inspire people to work with each other. In the past year, I learned to be a leader than a tyrant. Giving every person a voice at a business level is more important than giving outlets for their creativity. Now, we’re really trying to concentrate on the idea of vulnerability at the restaurant. 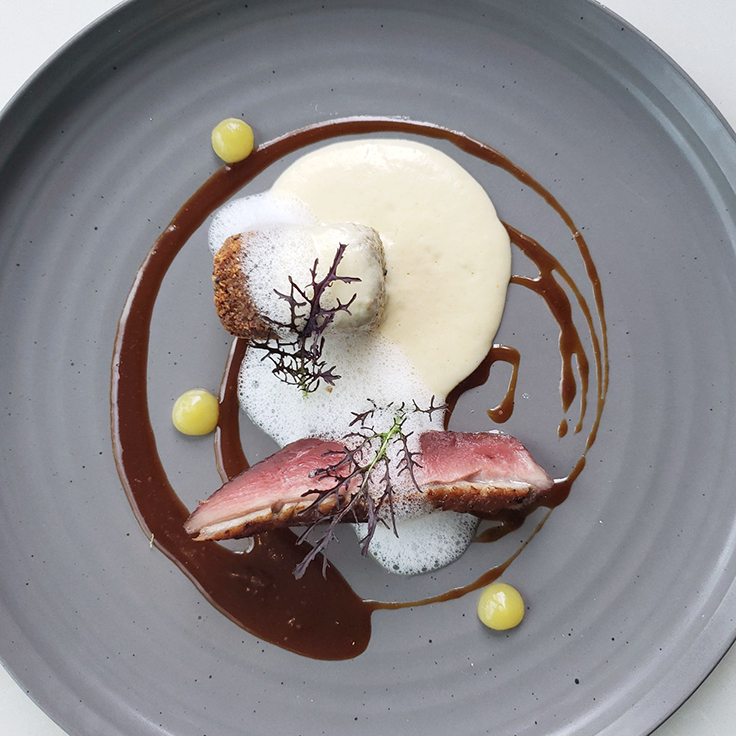 My debut here was as a consultant and I was supposed to work 30 hours a week for four months. I worked 80 hours a week that first week. The restaurant was in a pretty low place in its history. Covid was sort of a silver lining. I was going to open a restaurant down the street, but the lease fell through, and I ultimately stayed on. At the beginning of 2020, we were like, let’s change this place. I walked into this restaurant at the end of 2018 and saw the potential for a room of this space with its pedigree and the wine. The food has evolved, and it has been heavily influenced by the team and their backgrounds. We all bring different perspectives. I like to remind people that a lot of the places they worked in before, they walked into the finished article with systems and processes. We have to create that here.

We give ourselves a lot of freedom creating a unique vibe to the way the menu reads and feels. We’re not hyperlocal, but the real driving force is the produce we get from the different farms. We work with five to six different farms with strong personal relationships and a strong seasonal influence dictates the menu change. That’s been an adjustment for some like my chef de cuisine [Vincenzo] who came from Eleven Madison Park in May. He’s used to four changes a year and there are 6 seasons here. We’re constantly in a state of change and evolving. Our goal is a refined simplicity where the food here is approachable but has a sense of refinement and an unexpected level of technique and thoughtfulness. 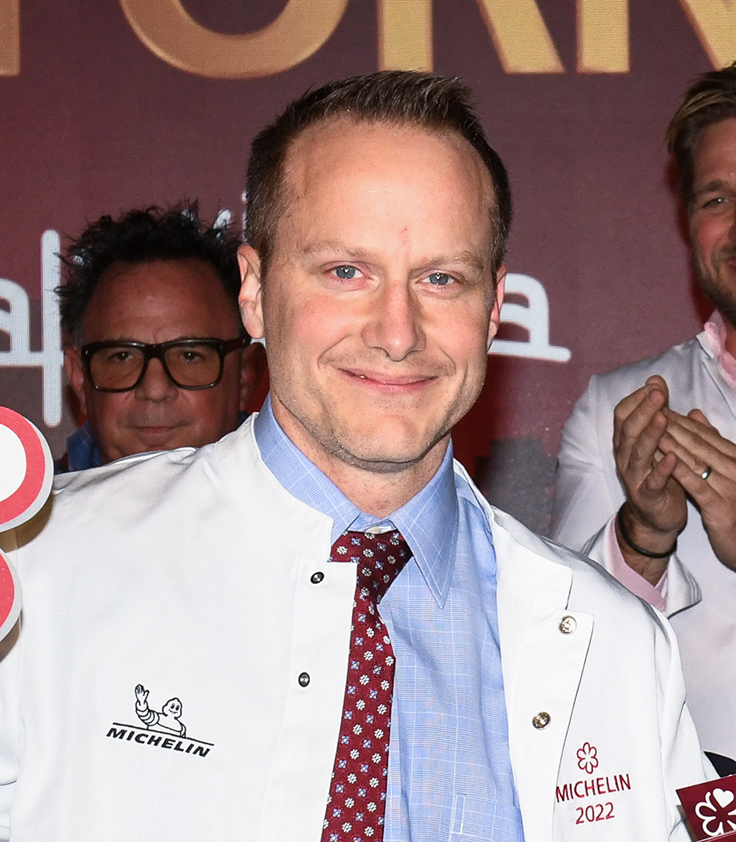 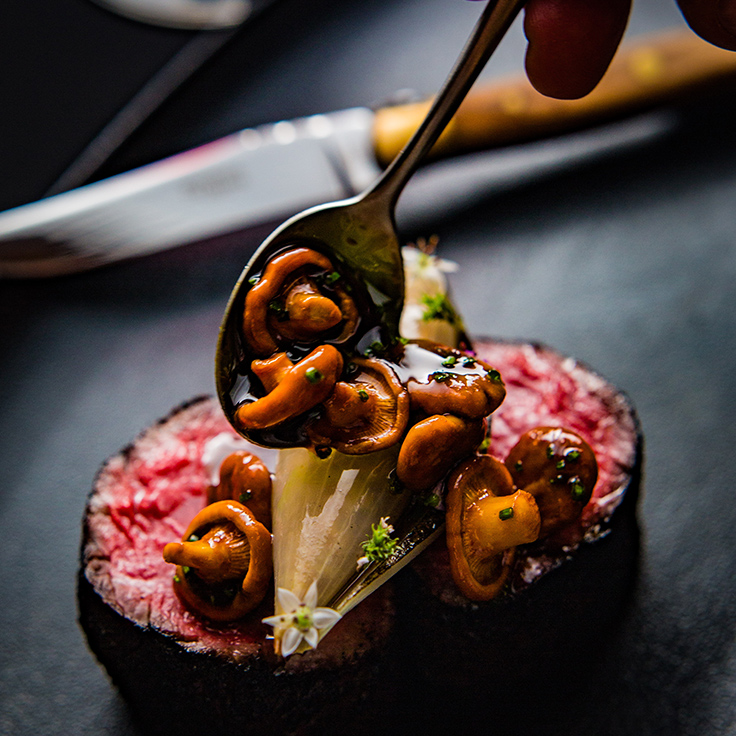