Tools of the Trade

One of the first pieces of cookware I owned was a non-stick skillet, and that’s probably true for you as well. The appeal is obvious and compelling: that once you can cook your food, cleanup will be as easy as wiping out the pan with a sponge.

As straightforward as it may seem, the problem is that there is a plethora of options available and it’s hard to tell exactly which pieces are worth your hard-earned dollars. A multitude of brands sell incredibly similar products and just about all of them make the same promises. Non-stick coatings also have a bad reputation when it comes to health and safety, and some brands prey on the fears of health-conscious consumers by claiming that not only is their non-stick coating safe, it’s safer than that of their competitors.

What should you actually look for in a non-stick pan? How safe are they to use? And just how long is your cookware going to last?

Are Non-Stick Pots and Pans Safe?

Yes, modern non-stick cookware is safe to use. It’s not going to give you cancer, it’s not going to unravel your DNA and it’s not going to taint your food. In fact, today’s non-stick coatings are so safe they’re literally edible. Jake Kalick, co-founder of the American cookware company Made In says, “As soon as we decided to go with PTFE we did a test where we actually ate a part of the surface as a way to show customers this is [safe to consume].”

You might not be familiar with the acronym PTFE (polytetrafluoroethylene), but you definitely know its original trademarked name: Teflon. Accidentally invented by a DuPont engineer in 1938, PTFE is a slick polymer that’s basically an industrial miracle. It’s safe, effective, and still widely used to make non-stick cookware.

The reason that we even need to talk about the safety of non-stick cookware is because of a substance called PFOA (perfluorooctanoic acid), which along with PTFE was once used to manufacture Teflon. In the mid to late 90s it was discovered that exposure to PFOA was connected to a variety of serious medical problems, including the development of multiple types of cancer.

Here’s the thing though: PFOA is no longer used in the manufacture of non-stick coatings.

The only real possibility that you might still be exposed to PFOA via non-stick cookware is if you use old pans that were made with PFOA or, as noted by the State of California’s Proposition 65, if you buy non-stick cookware manufactured overseas that doesn’t explicitly state it’s PFOA free.

What Should You Look for in Non-Stick Pots and Pans?

No matter what kind of pan you're in the market for, don’t buy anything that feels flimsy or cheap. Look for a label that says the coating is PFOA-free and, if you can’t find that disclosure, try looking at the company's FAQ section on its website. Also look for metal handles that are riveted to the body of the pan. Yes, rivets are harder to clean, but they last longer than handles that are spot-welded to a pan’s body. 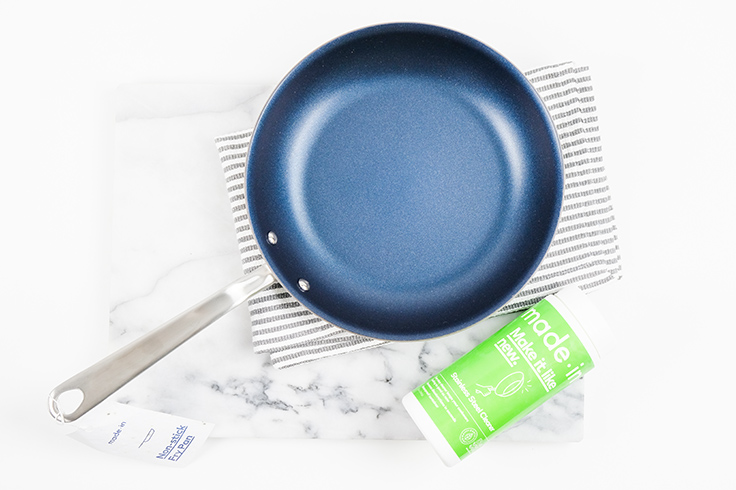 Photo courtesy of Made In.

Hard anodized aluminum pans are definitely the more affordable option, but with the reduced price come trade offs. Aluminum is a great conductor of heat but has bad heat retention, meaning that an aluminum pan will get very hot very quickly though unevenly, making it likely to have pronounced hot and cold spots. If you don’t tinker with the heat under your pan and constantly monitor it, it’s easy to overcook things.

Fully clad pans—made from alternating layers of stainless steel and aluminum—don’t have those concerns. They heat evenly, have great heat retention and are built to last. They’re also much more expensive. For example, a 10-inch hard anodized aluminum skillet from a company like Calphalon or Cuisinart is typically somewhere in the $20 to $40 range—and that’s for a model that looks good, feels solid and has riveted handles. By comparison, Made In’s 5-ply 10-inch non-stick skillet is $80.

With cookware, you tend to get what you pay for. Yes, non-stick cookware has a limited shelf life (Kalick says that Made In’s non-stick pans will last between three to five years before food starts to stick), but fully clad cookware simply performs better.

A New Kind of Non-Stick Pan?

Thanks to new technology, some brands are saying that their pans will last for decades.

According to Danny Winer, the CEO of HexClad, the lifespan of a non-stick pan is determined by something called a Reciprocating Abrasion Test (RAT), in which a machine rubs a metal arm across a pan’s surface and then measures how many abrasions it can withstand. HexClad’s stainless steel surface is coated with a grid-like design of peaks and valleys. While the peaks are just steel, the non-stick coating lies in the recessed valleys, which helps protect it. Per Winer, cheap supermarket pans can sustain 5,000 to 6,000 abrasions. Professional-grade pans, such as from a company like Vollrath (where he used to work) can sustain around 50,000 to 60,000. But his pan? “With our pan they had to turn the machine off, because it never gets down to the non-stick. It’s scraping against the metal.” He estimates HexClad pans should last 20 to 30 years.

Pamela Stafford, director of Hestan Culinary, made a similar claim. Hestan’s soon-to-be-released line of non-stick cookware uses a trademarked surface they’re calling “TITUM” made from a non-stick coating layered over a plasma primer. (Companies like Swiss Diamond and Woll also use plasma.) Stafford says Hestan non-stick pans will carry a lifetime warranty, not just for the body of the pan but for the coating itself.

The caveat here is that this technology is essentially unproven—Hestan’s non-stick pans haven’t been released yet, and HexClad has only been selling pans since 2017. But, if the cookware holds up as these companies are claiming, it’s a game-changing development. 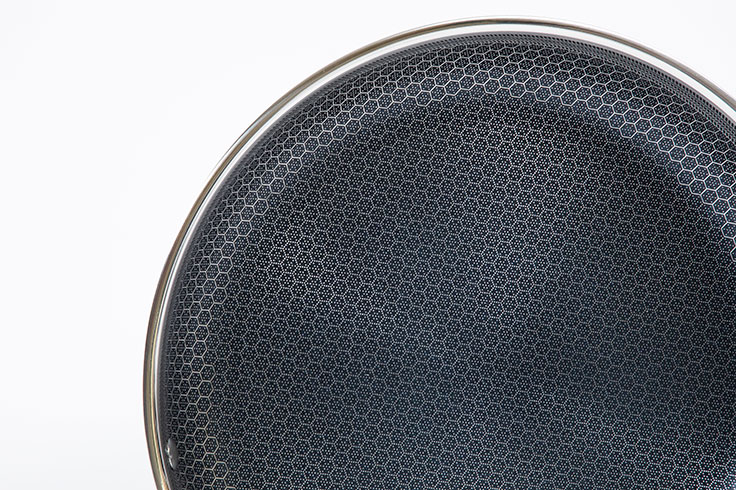 So, What’s the Deal with “Green” Ceramic Non-Stick Pans?

Everybody I spoke with said not to purchase them. “I think brands use a fear mongering storyline as a reason to ignore performance,” says Kalick. This same sentiment is shared by Winer. He says that when his company was deciding which non-stick coating to use in their manufacturing process, their internal testing showed that ceramic coatings began to lose functionality within as little as two weeks. Stafford’s comments mirrored both Kalick’s and Winer’s, but with this added thought: “Part of being green, and sustainability, is investing in things that are going to last.” How green is it really if every year you’re throwing out and buying new pans?

Interestingly, there is one important caveat: PTFE-based coatings begin to degrade at between 475-500°F and can release chemicals into the air that are harmful to small birds.

5 Tips for How to Use Non-Stick Cookware

1. Don’t ever use a knife and fork inside a non-stick pan unless you plan to buy a new one sooner rather than later.

2. More generally, only use wooden or silicone utensils as they’re much gentler than metal.

3. Don’t use it over very high heat, or in the oven (it could damage it). A short time under a broiler is okay though.

4. Don’t use aerosol cooking sprays: they can polymerize, making cookware impossible to clean. (You know that brownish-yellow gunk on the bottom of your pans that simply won’t come off? It’s that stuff.)

5. Hand wash your pots and pans. It might say it’s dishwasher safe, but dishwashing soap is incredibly caustic.

What Non-Stick Pots and Pans Should I Buy?

Buy what makes sense, and be real with yourself. Are you the kind of person who doesn’t like to hover over the stove? Fully clad is a better bet. Are you going to use metal utensils or put your pan in dishwasher? Get the cheaper hard anodized aluminum pan so you don't waste money in the long run. And don’t worry about PFOA: unless you buy shady Alibaba cookware, manufacturers who says it’s still an issue are lying to you.