Srijith (Sri) Gopinathan has been the executive chef at Two MICHELIN Star Campton Place in San Francisco for more than a decade. At the end of February 2020, he opened his self-described Cal-Indian restaurant Ettan in Palo Alto; the team got in 22 days of dinner before they had to shut due to covid. Despite a bumpy year of opening and closing, Chef Gopinathan remains optimistic about Ettan’s future.

What sets Ettan and Campton Place apart?
Both are me and my style of cooking. I go in at Ettan wearing a little more of a traditional hat and am putting out a lot more plates volume wise. Campton is more one plate at a time. In terms of food and flavor, there’s a lot of crossover. The experiences, though, are night and day. Campton is not meant to be an every day place. It’s a full experience, a special meal. Ettan is more the kind of place you go once a week. 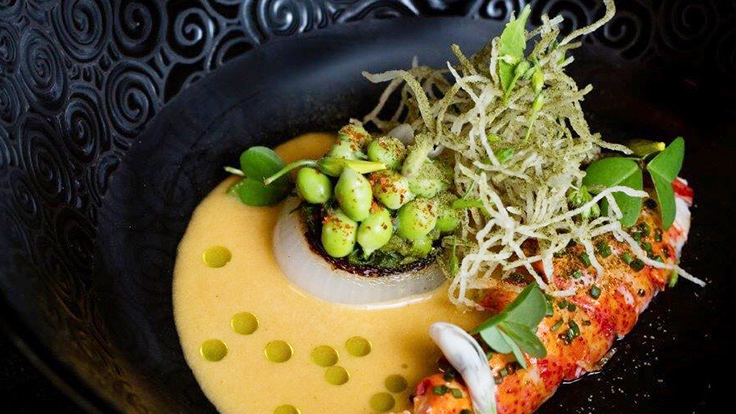 How do you divide your time between Ettan and Campton Place?
I split my time between the two places. When both places were open, I took three weeks of leave from Campton and worked at Ettan. The most difficult part was the three months before opening when I was handling both Ettan and Campton. It was tough working at Campton full time and running between the two. I’d be at Ettan’s test kitchen during the day and then come to Campton for evening service. 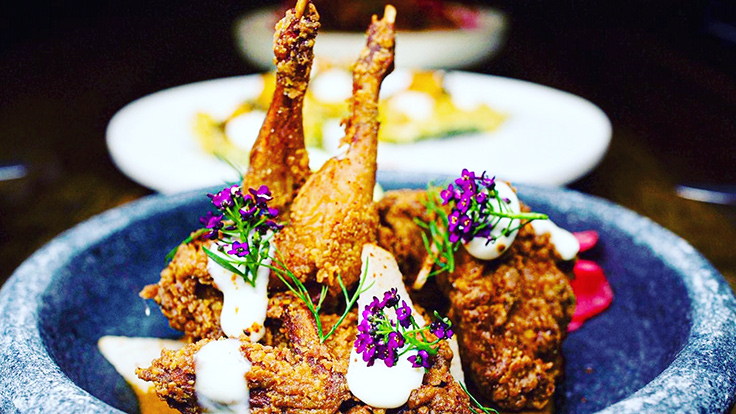 You opened Ettan at the end of February 2020. Did you have any idea what was to come?
I had an idea of what was coming, but I never thought it would be a 1918 repeat. We [at Ettan] took nearly 18 months to get to a place where we could put our first plate of food on the table. That was the end of February. Our plan was to serve dinner six nights a week, then add lunch, then brunch. We thought there might be issues for a week or a couple of weeks, or that the restaurant would be slower than expected...but we were open for dinner for only 22 days before we had to close for all of March and April. Ettan started doing takeaway only in May, opened for patio service in June, and then opened our dining room for 25% capacity in September. Now we're back to outdoor dining. Campton Place was closed until it re-opened in September at 25% capacity but is now closed again. 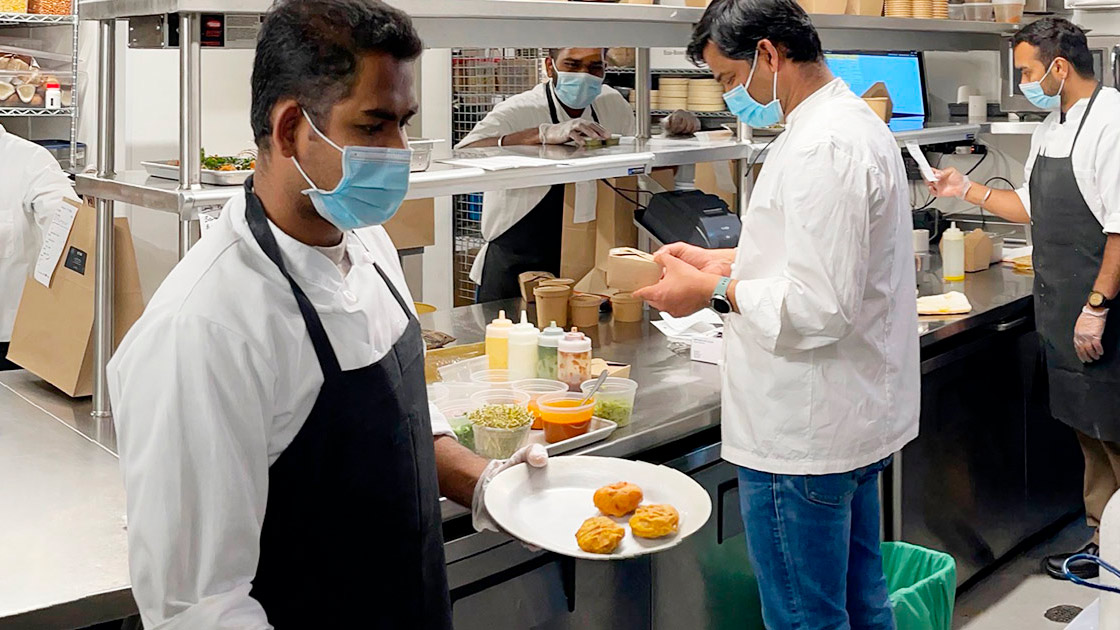 What's your favorite dish at Ettan?
My favorite changes on a regular basis. Most of the time it’s a vegetable or seafood. When we were open for dinner, it was a shellfish-crusted black cod with pea shoots and a shellfish broth; when you cooked it, it would turn pink. It's delicious. We were so sad we couldn’t serve that dish for lunch. 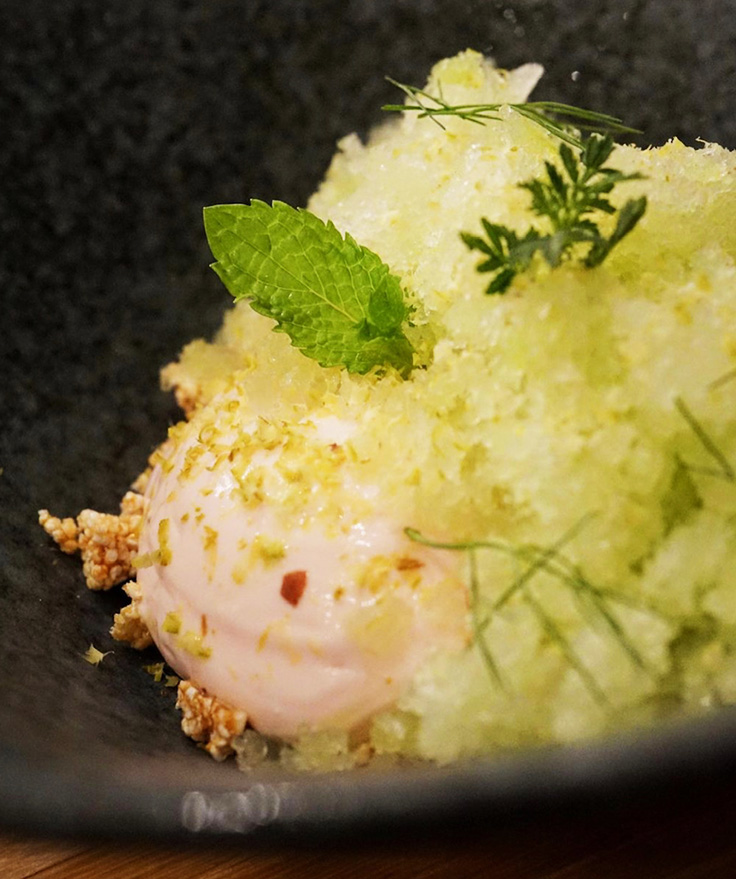 What was the single most challenging aspect of 2020?
The most challenging thing was seeing my extremely talented colleagues not have full time work the last 11 months. It’s a miserable situation and a huge loss for the industry. Thinking about the upcoming challenges—how do we deal with them, setting standards for the new normal—it’s hard to do those calculations. At Ettan, we should have 120 people working; we have nine. At Campton, we should have 90 people on a full time basis, and right now have a handful, maybe five. Still, I feel secure. The people who are financially involved in Ettan are as passionate as I am. It’s a well-thought out restaurant and well-thought out cuisine. 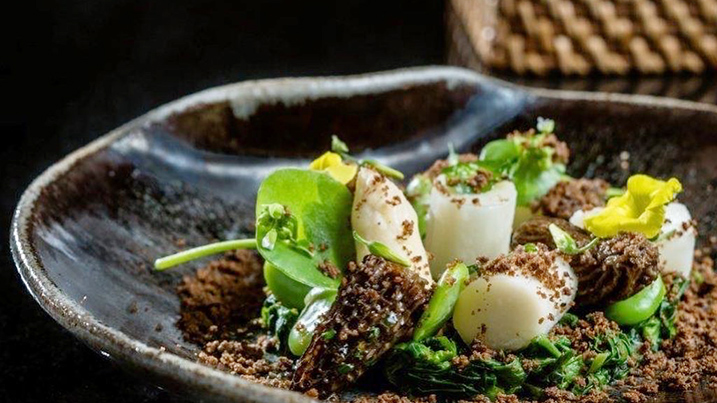 Were there any silver linings to the restaurants being closed?
My son is 12 years old. I don’t think I’ve had one Christmas with him in 12 years, nor New Year’s. This was the first time I got to celebrate both. I was at home with him, decorating our Christmas tree. We had a traditional American meal at home and then, for New Year’s, a traditional Kerala meal, sadhya—a big selection of vegetarian and non-vegetarian dishes served on a banana leaf. I cooked both at home, for a change.

Throughout this extra time at home, I've been mostly cooking what I grew up eating—to avoid losing touch with my roots, and because I want my son to experience how good the food is back home. Fish obviously takes a front seat when it comes to Kerala, because we’re a coastal state. There’s a famous fish preparation called pollichathu, where you shallow fry a fish and then wrap it in a banana leaf and cook it on a flame or in the oven, any dry cooking. At Ettan, I do a black cod that way, and at home I do a hamachi collar.