Samovars and Russian pastries reign at this iconic Oregon hotel.

Forget scones and clotted cream. Leave it to pioneering Portland, Oregon chef Vitaly Paley to come up with a whole new approach to high tea for the historic Heathman Hotel. Drawing on his own heritage, Paley designed a Russian Tea with samovar service and traditional dishes.

For years, the Heathman Hotel featured an English tea in its elegant wood-paneled two-story Grand Tea Court, adjacent to Paley’s Headwaters restaurant. “When we opened Headwaters here, it made sense for me to jump in and start doing Russian Tea,” says Paley who readily admits he didn’t really know the difference from English tea. Somehow heirloom samovars looked right at home under the crystal chandelier that sets an elegant tone for the Tea Court. 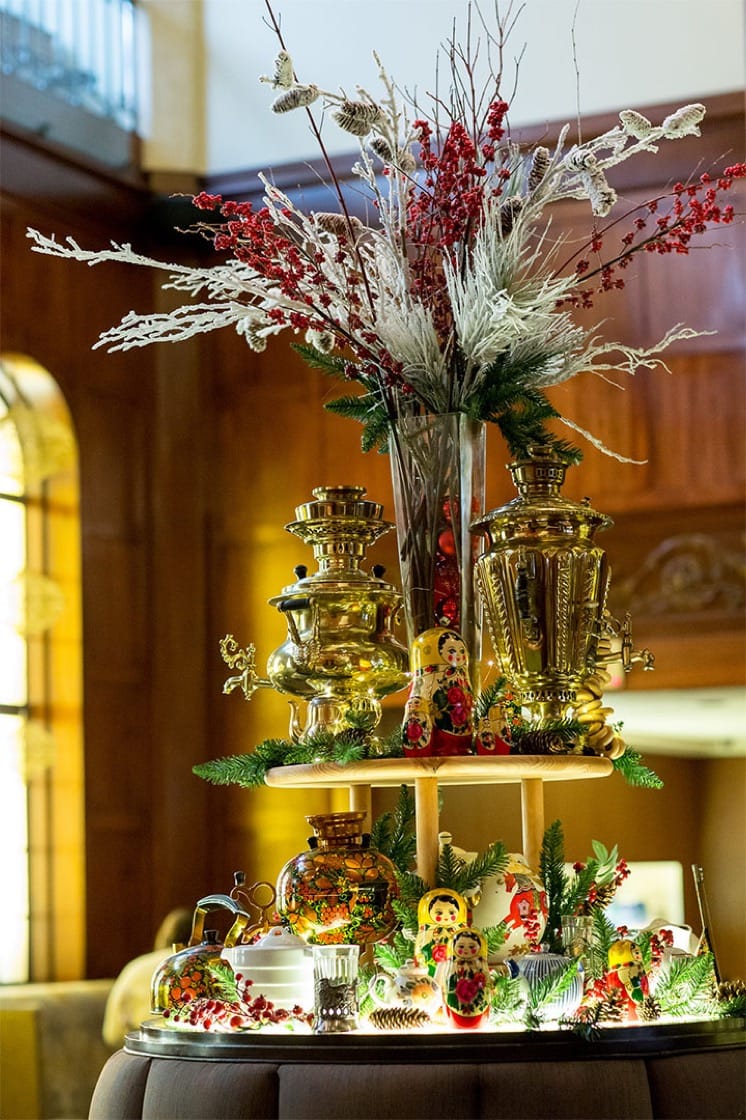 The timing was right as, in recent months, Paley had begun exploring his heritage. He came to the U.S. when he was 13 years old, and spent years eradicating his accent and assimilating. “Everyone who came from that part of the world kinda wanted to forget where they came from. For years we didn’t want to have anything to do with the Soviet Union,” he recalls. He originally set out to be a concert pianist and attended the esteemed Juilliard School in Manhattan before switching to the French Culinary Institute (now the International Culinary Center). After cooking at several New York City restaurants, he and his wife/business partner, Kimberly, headed west to Portland, where they opened the game-changing Paley’s Place in 1995. Now, the James Beard award-winning Paley owns four restaurants and is considered the dean of Portland chefs. All the while his focus was on the Pacific Northwest.

Then an old Juilliard School friend, Anya von Bremzen, came to Portland to promote her Art of Soviet Cooking book and they hosted a dinner together, which ignited his interest in his Russian roots. Its success led her to suggest that Paley do some blini and vodka pop-ups, which led to a series of monthly dinners.

“So I started going down memory lane remembering what we ate during holidays in Russia. After 40 years of being in this country, you shield the bad stuff and just remember good stuff. I had a wonderful childhood with my grandparents,” he says.

“I talked to Mom and asked how is this and that was done. And I started looking through books. The more I did, the more I wanted to create these emotionally-charged trips to my past. And I got more intoxicated with the idea.” And the Russian Tea was born for the 2016 holiday season.

It captured the public imagination immediately. “We booked 2,700 reservations in the first four hours,” Paley says. “Close to Christmas time, we will do 200 to 300 covers a day. It’s a beast.” 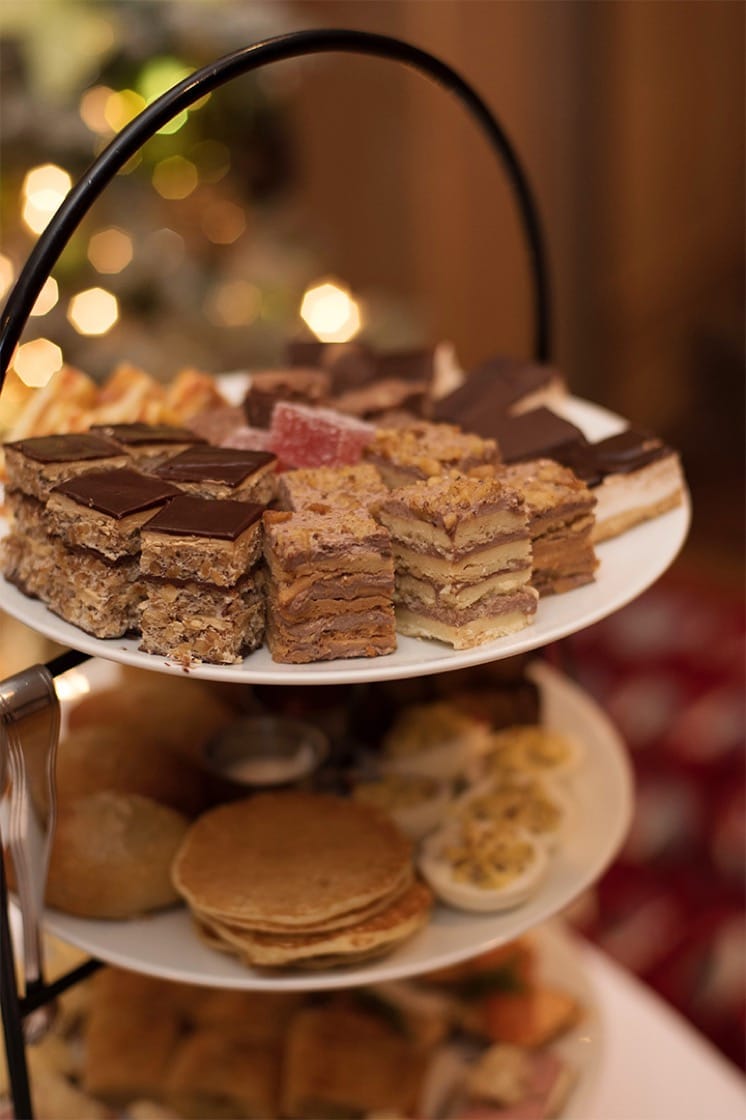 Paley created the menu with pastry chef Megan Jeans. It was a labor intensive challenge to figure out how to make the pastries. The sour cream and walnut cake called steopka was truly grandmother Paley’s. “But her recipe was a smidgen of this and that,” Paley says.

READ MORE: Where to Have Afternoon Tea In London

The tea itself is equally elaborate. Paley collaborated with locally-revered Smith Teamaker to come up with a menu offering eight different selections. Georgian Caravan, a custom blend evoking Paley’s childhood memories of tea he enjoyed with his mother, is the most popular. “It’s slightly smoked. As legend goes, the caravans moved from China to Russia and when they lit fires a tiny bit of smoke would get into the tea,” Paley explains. Another favorite is the chocolate-peppermint blend with Pacific Northwest peppermint leaves, cocoa nibs, and orange blossoms. “A popular way of sweetening was with jam instead of sugar,“ he explains, and that custom is brought to the Heathman guests with a local huckleberry jam. “We had huckleberries in Russia, too,” he adds.

Samovars dominate the décor but they are surrounded by teapots Paley’s mother had been collecting for years. Yes, she brought many when they immigrated to the United States. “You’d be surprised what people bring with them,” he says. “The Russian-inspired linens are store bought. We scoured the city for tea cups. The little glasses with holders are an authentic way of serving tea. We have a mix of old and new.”

The $38 prix fixe tea is served daily during the holidays from Black Friday through New Year’s Day and on weekends the rest of the year. Vodka and Champagne are available for purchase.

All photos courtesy of John Valls.