Expectations are running high. Amara, the mashup of Moroccan and Mexican cuisines in the works from Mourad Lahlou and Louis Maldonado, is one of the most anticipated openings this year in San Francisco. It’s replacing Aziza, which was not only one of the most loved restaurants in the city—and a national destination—but the first Moroccan restaurant in the United States to earn a Michelin star. Chef/owner Lahlou’s namesake restaurant Mourad also has a star. It’s a hard act to follow. 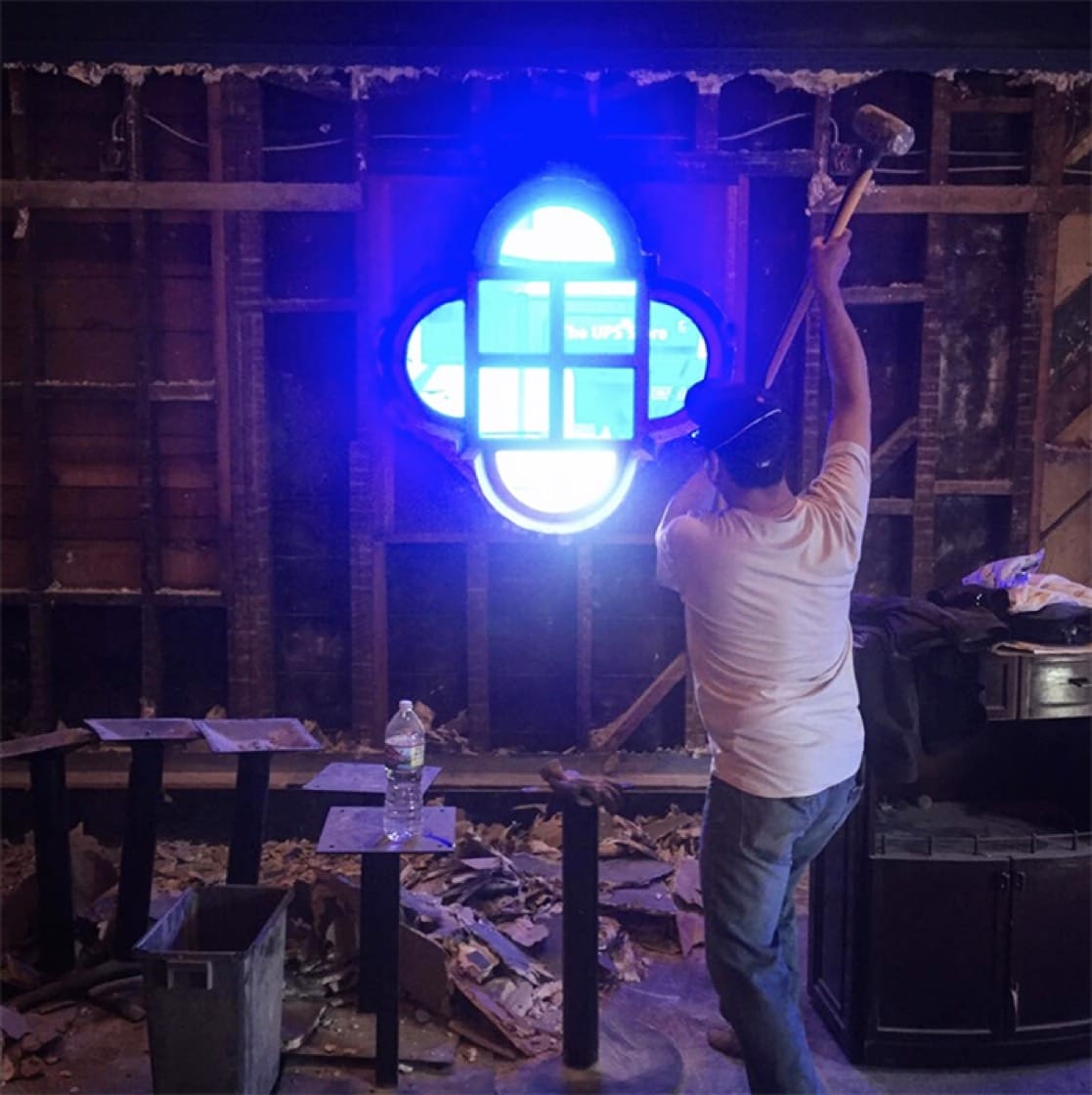 Amara means “Moors” in Spanish. Way back in the eighth century, the Moors brought their cuisine with them when they invaded Spain. “They were kicked out in 1492, the same year that Columbus discovered America,” Lahlou explains. But the Spanish carried those culinary influences with them to Mexico, bringing pigs, as well as cilantro and cumin. There are similarities in the ingredients and cooking techniques of the two cultures that will inform the menu at Amara. “We want to shed light on the juncture when the two cultures collided,” he adds.

Maldonado recalls that he and Mourad had conversations about this idea over the years when he was working at Aziza, but only recently did they really get serious. Lahlou had an a-ha moment when he was doing a dinner with taco king Alex Stupak in New York. “Alex is one of my favorite chefs in New York,” Lahlou says. “Initially, it wasn’t like ‘we’ll make this work.’ But we found so much synergy and harmony—it was really mesmerizing for me.”

Thinking back on it, there were always cooks from Guatemala and the Yucatán at Aziza. “I would be able to see what they would cook for themselves,” continues Lahlou. “They made soups and stews for staff meals that reminded me of how I grew up in Morocco—the marrying of savory and sweet, the cooking with acid. I would say to them ‘this is so Moroccan,’ and they would say, ‘no way, it’s Mayan.’ They would use stale bread in soups. Back home they used tortillas but we didn’t have tortillas at Aziza so they used day old bread—similar to gazpacho. The Moors brought the idea of using stale bread in soup to Spain and the Spanish brought it to the New World. In Mexico, they turned it into tortilla chips as they had corn, not wheat.” 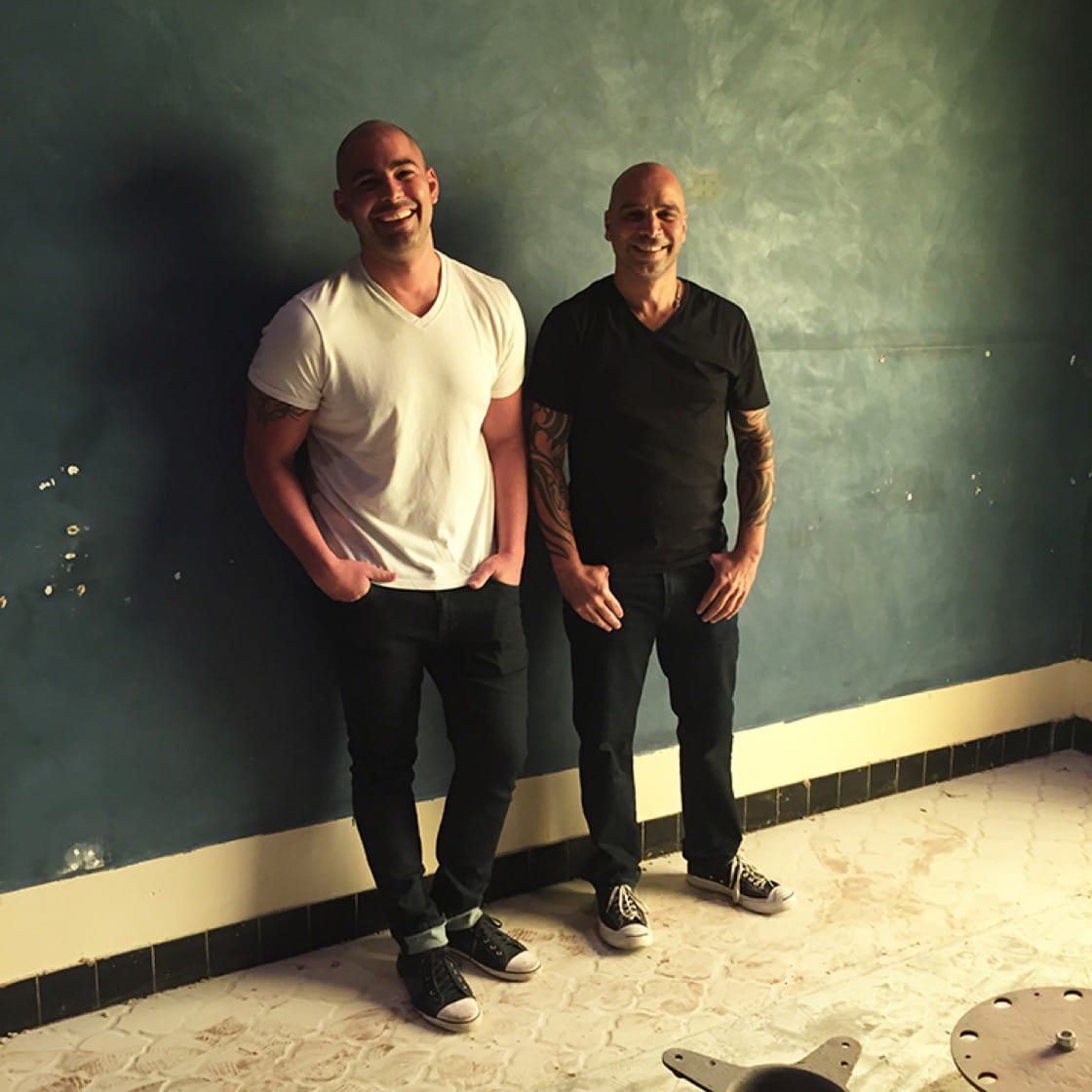 “Louis has a history with Aziza,” says Lahlou recalling that he was the first chef de cuisine hired. “He also has roots in Mexico. We were able to see a lot of connections between Northern Morocco and Mexico.” And they plan to explore these connections at Amara.

“We’re doing this in a way that makes sense,” Maldonado says, “We’re not doing a couscous burrito with avocado.”

One of the things they will be doing is short Moroccan vermicelli noodles, which they will steam in a couscousiere over an aromatic vegetable broth of cinnamon, saffron, chile and fennel, and then mound it on a big platter garnished with cinnamon and raisins. It will be served with a broth of burnt onions flavored with warming spices such as cinnamon, allspice and cloves, as well as a rich chile broth, both poured tableside. Condiments such as chile flakes and limes will be in small ramekins. This references both Mexican sopa de fideo and Moroccan seffa.

Lahlou plans to transform the lamb shank that was so popular at Aziza he could never take it off the menu. “We’re working on a lamb shank with mole, ras el hanout and prunes. It’s better than ever. It’s mind blowing,” he says.

“We’ve been rewriting the menu over and over and testing it,” says Maldonado, who usually starts working on the Amara menu as early as 8:00 a.m. before he begins working with Mourad at 1:00 or 2:00 in the afternoon. “We talk about flavor combinations,” says Lahlou. “We’re working on the menu for early fall and winter now. It can take a day to do a dish or a few weeks of tweaking. Sometimes we just shelve something and then go back and revisit it. We don’t want to force anything.”

Other dishes in the works are grilled branzino Veracruz with chanterelles, capers, Riesling and Cerignola olives; roasted chicken legs with caramelized bone and ancho chile glaze, jam, mint and toum; and a bean stew cooked low and slow with beef bones. “In Morocco, we had a bean stew made with beef knuckles and hooves we would grind up for a gelatinous stew with honey and raisins. We found a similar stew in Mexico made with beef bones instead of hooves and runner beans instead of chickpeas but I said ‘oh my God this is exactly what the dish in Morocco tasted like,’” says Lahlou. 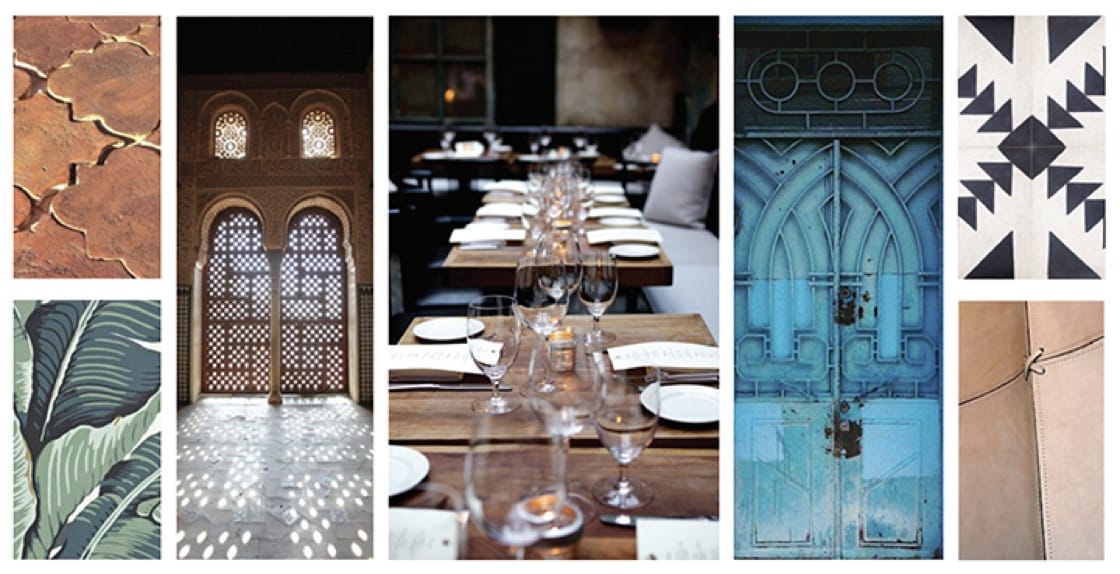 Many of these dishes are designed for sharing as a nod to the importance of family gatherings in both cultures. Lahlou grew up in a large extended family watching his mother, aunts and grandmother cook, and going to the market every day with his grandfather and watching him “select ingredients with the skill of an archaeologist unearthing a buried treasure.” After coming to the United States with the original intention of studying economics, he taught himself to cook, drawing on his family memories.

Pastry chef Annemarie Catrambone’s plated desserts will explore the French influence on pastries in Morocco, the flavors of dried fruits, dates, honey and orange blossoms found in many Moroccan desserts and the ubiquitous ice cream shops in Mexico. “Ice cream is a huge thing in Mexico,” Maldonado notes. “The desserts will be a blend of the cultures. She will use chiles, sumac and preserved lemons. There will be a flight of ice creams and sorbets with five different flavors such as strawberry with mole, coffee and banana with toasted meringue and brown rice sherbet with caramelized goat’s milk.”

Of course, they’re thinking about stars in the future. “It’s in the back of our heads,” admits Lahlou. “There are times we create a dish and we say ‘that’s a Michelin-starred dish right there.’”

Maldonado concurs: “I think we have the will power and the standards. A Michelin star definitely helps business. It brings in the international community. It affirms the hard work in the restaurant.”

Amara is still under construction with an August opening planned. Coincidentally—or perhaps it was prescient—the Aziza space had been occupied by a Mexican restaurant named El Sombrero for 47 years. “It had a lot of Mexican tile but somehow when I walked in it felt Moroccan,” Lahlou recalls. “We want Amara to feel like a coastal house in Morocco or a hacienda in Mexico. We’re trying to create a tropical place. It will be light and airy with lots of white, greens and blues.” The stylishly modern look will combine elements of both cultures—a mix of Moroccan and Spanish tiles, hardwood and leather. But Maldonado emphasizes: “No sombreros.”