Chefs from the freshly-minted Michelin-starred restaurants in Taipei are game to face mounting expectations following the accolades.

Taipei joined the ranks as one of the dining capitals around the world with the launch of the inaugural MICHELIN Guide Taipei 2018 yesterday (March 14).

The hotly-anticipated announcement was made to a full house in a press conference at the Mandarin Oriental Taipei that was attended by chefs, restaurateurs and members of the media.

Rapturous cheers and applause erupted throughout the ceremony as chefs and restaurateurs went up on stage to receive the accolades from Mr. Michael Ellis, International Director of the MICHELIN Guides and posed with the world-renowned Bibendum mascot. 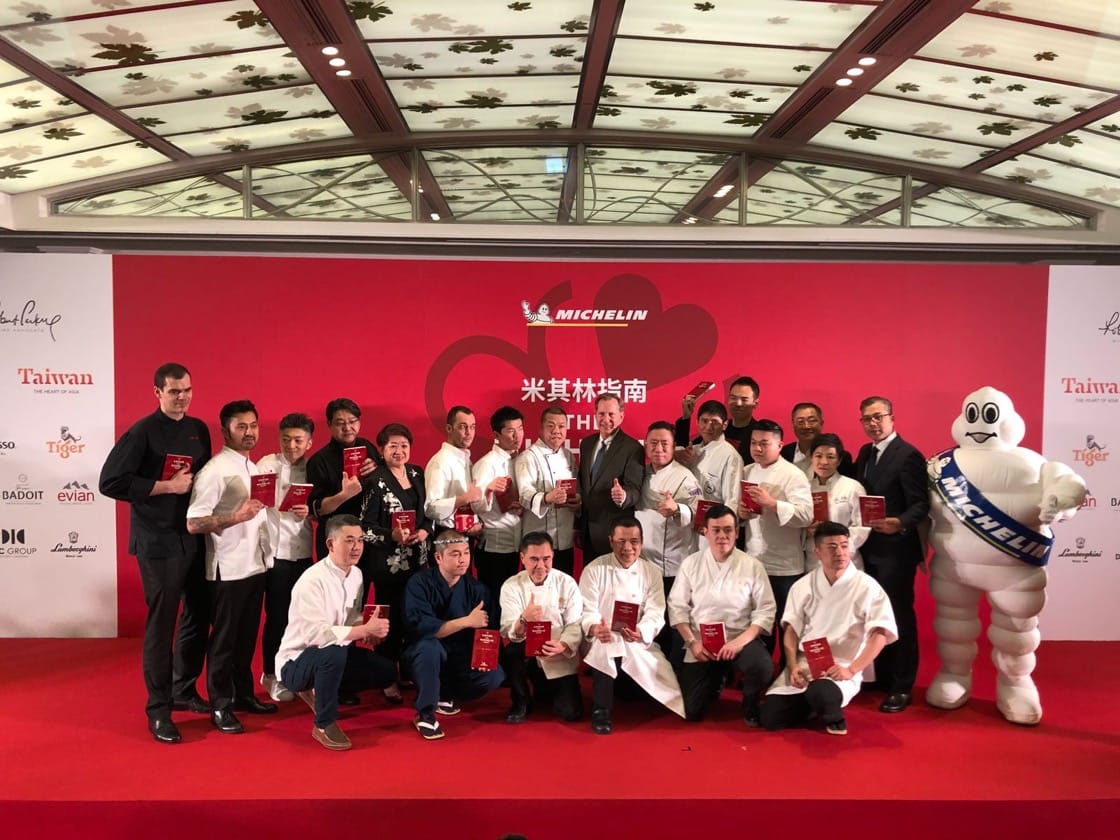 Chefs and restauranteurs from the 17 one Michelin-starred restaurants in Taipei with Mr. Michael Ellis, International Director of the MICHELIN Guides (centre).
In the one Michelin star category, the applause was especially loud when the representatives for Cantonese restaurants Three Coins and Ya Ge received their accolades. The excitement of the hour-long ceremony culminated with the announcement of the three-Michelin-starred accolade going to Le Palais. 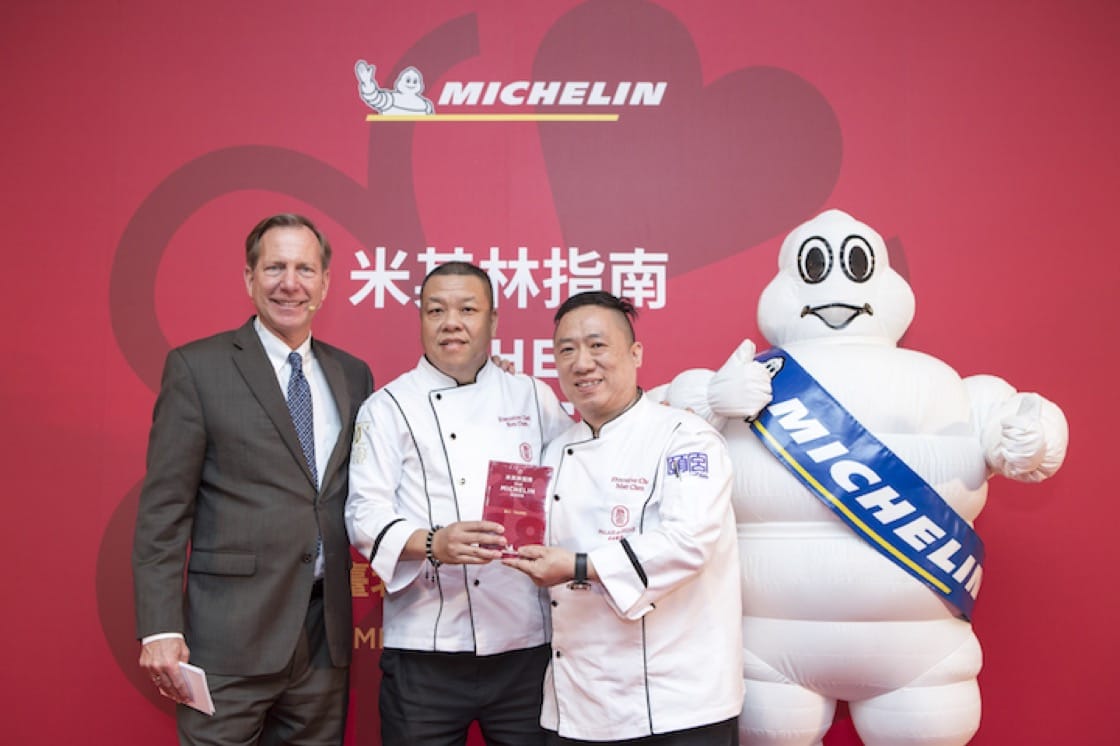 Chefs Ken and Matt Chen of the newly crowned three Michelin-starred restaurant Le Palais in Taipei.
Speaking to the MICHELIN Guide Taipei after the ceremony, three Michelin-starred Cantonese restaurant Le Palais’ executive chef Ken Chen says in Mandarin: “It is a happy day as our team effort has led to this achievement. The team will continue working harder, and I plan to treat my team to supper tonight.”

On Le Palais in the Palais de Chine Hotel, the MICHELIN Guide inspectors note: “Chef Chan moved to Taiwan from Macau nearly 20 years ago and specialises in Cantonese cuisine of the highest quality. The lavishly furnished dining room feels modern and chic, but with nice traditional touches such as ceramic art, calligraphy and paintings. The cooking is truly outstanding, with the Cantonese-style crispy roast duck, the tofu dishes and the baked egg custard tarts especially impressive; consider pre-ordering the roast baby duck. Service is thoughtful and friendly.” 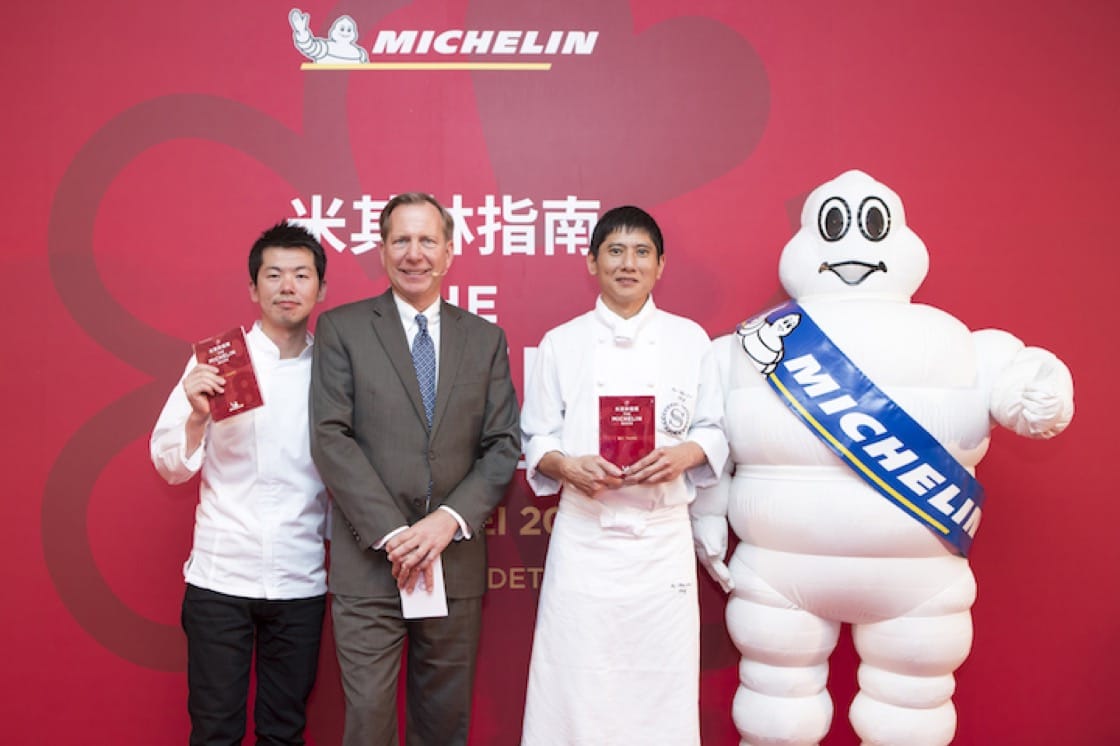 Chef Seiji Yamamoto, founder of two-Michelin-starred Ryu Gin in Taipei, says: “It is proud moment for us as it validates our hard work as we continue to showcase the best of Japanese cuisine. We feel a bigger sense of responsibility to satisfy our diners.”

On Ryu Gin in Taipei, the MICHELIN Guide inspectors note: “Sister to the world-renowned Ryu Gin in Tokyo, this restaurant delivers similarly creative, modern Japanese cuisine but uses the best of the island's ingredients and introduces subtle elements of Taiwanese gastronomy to the dishes. These ingredients are superb, the cooking is technically accomplished and the contrasts in texture perfectly judged. The 7 and 10 course menus, well matched wine pairings and exceptional service make for a memorable experience.”

Chef Lin Chen Chin of two-Michelin-starred The Guest House says: “I hope to create more beautiful dishes; we will not change the direction of our restaurant and will continue to whip up more delicious dishes.”

On The Guest House, the MICHELIN Guide inspectors say: “Formerly a members-only dining club, it impresses not with its décor, but with its food. Impressive skills transform seemingly simple dishes into tasteful presentations revealing great textures and taste. The menu is largely Hunan and Sichuan in origin, but with a Taiwanese twist. Signature dishes include double-steamed soups, chicken rice with sesame oil, pork tail braised in red yeast rice, and mille-feuille tofu skin.”

Later that night, a gala dinner entitled, A Voyage Through Taiwan, was held at the Mandarin Oriental Taipei. The exquisite menu showcased dishes inspired by the various Taiwanese influences, such as its history, geography, terroir, folkways and culture, that has made Taiwan a foodie destination. The dinner was whipped up by eight chefs, including chef Tse Man of one-Michelin-starred Ya Ge; chef Ryohei Hieda of two-Michelin-starred Ryu Gin in Taipei, Chen Lan-Shu of French fine-dining restaurant Le Mout in Taichung and Mandopop star Jolin Tsai, who showcased her pastry-making skills. 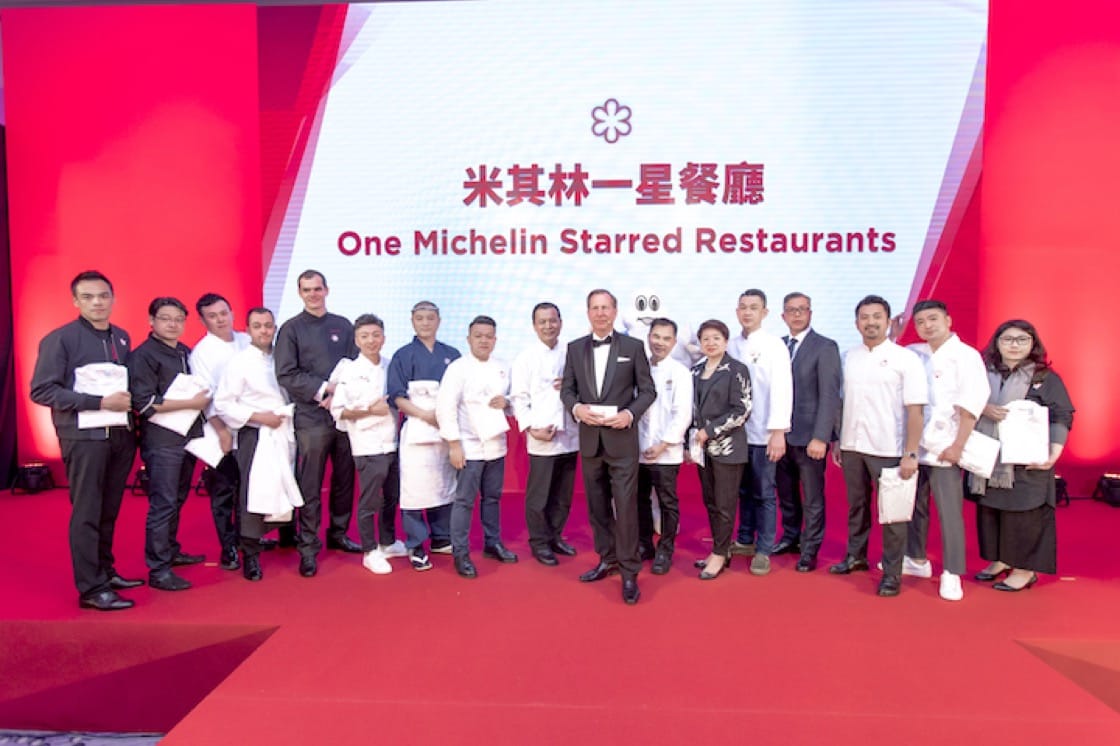 Chefs and restauranteurs from one Michelin-starred restaurants at the MICHELIN Guide Taipei 2018 Gala. 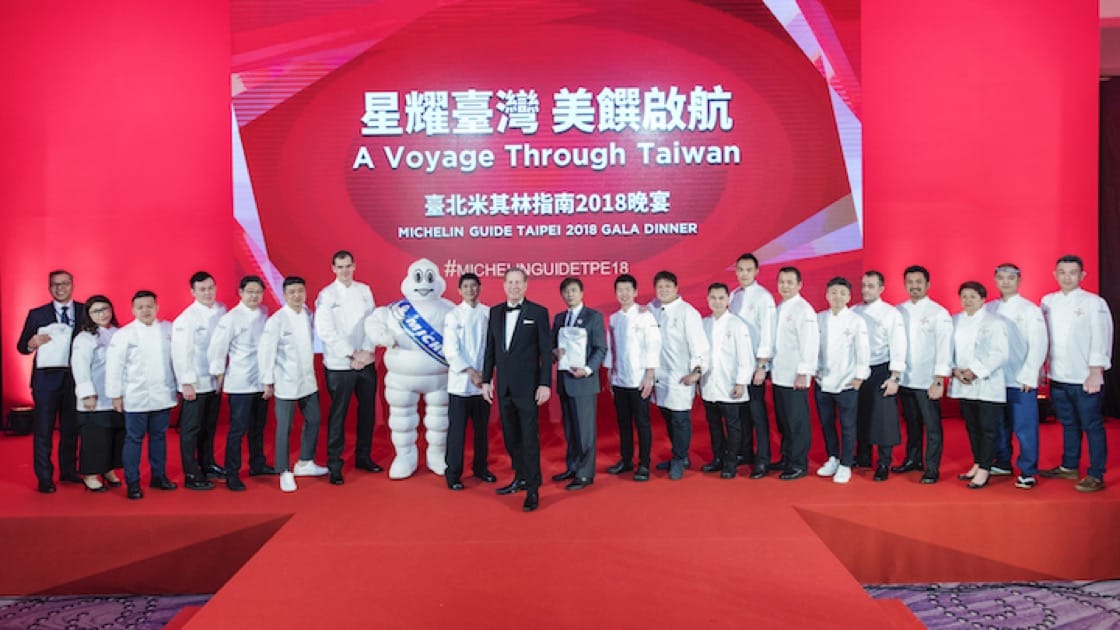 The freshly-minted crop of chefs and restauranteurs from Michelin-starred restaurants in Taipei. 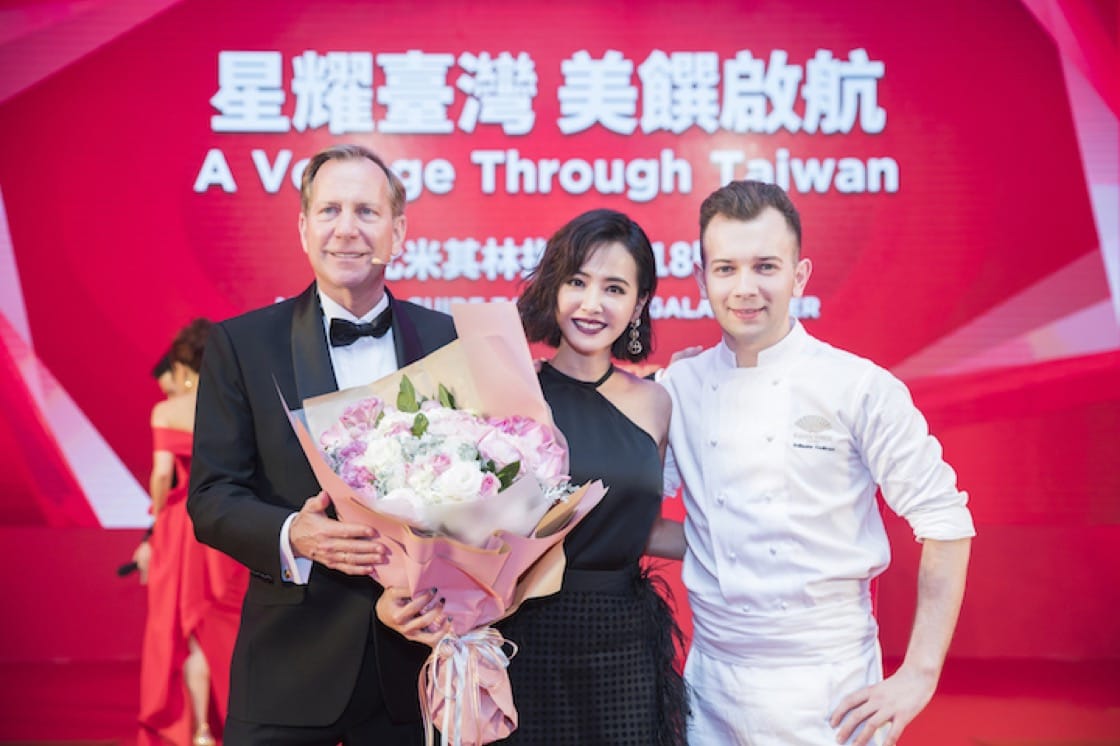