When it comes to wining and dining, Basque Country, or Pais Vasco as it is known in Spanish, offers the best of both worlds. The northern Spanish region encompasses cities such as Bilbao, San Sebastian and Pamplona and is home to 23 MICHELIN-starred restaurants — including four with our highest three-star accolade — but Singapore-based Basque chef Aitor Jeronimo Orive is just as happy tucking into pintxos (skewered Basque-style tapas) at any rustic local bar.

In fact, these traditional bar snacks and hearty slabs of Basque steaks called txuleta are the first things he seeks whenever he is back in the region. “I like to go for drinks and pintxos in the old parts of town, especially in any of the major cities,” he muses. For Orive, no trip to Basque country is complete without a feast at an asador, a traditional establishment that specialises in grilled food. 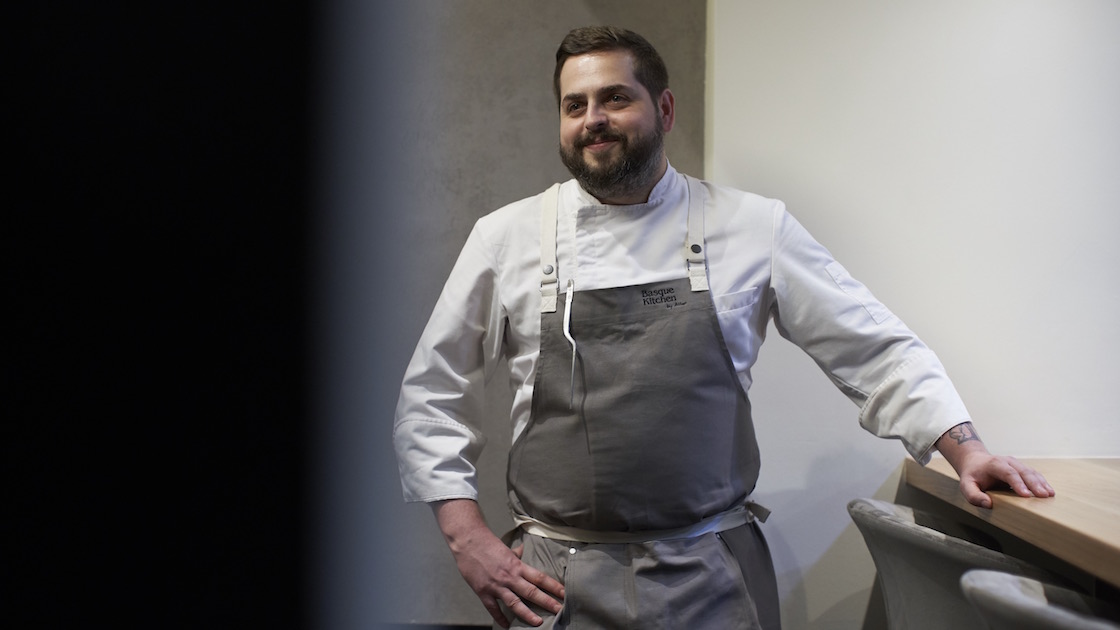 Born in Madrid and raised in Australia, the chef of one-MICHELIN-starred Basque Kitchen By Aitor still feels a close connection to his Basque roots. “My grandparents are Basque, so my Basque heritage and culture has always been a big part of my identity,” he says. “And I used to go there every summer when I was little to see my grandparents.”

He cut his teeth working under acclaimed chefs Josean Alija and Andoni Luis Aduriz in two of Basque Country’s top restaurants, one Michelin-starred Nerua Guggenheim Bilbao and two-MICHELIN-starred Mugaritz before arriving in Singapore in 2016 and opening Basque Kitchen in 2018. On his own turf, the chef explores the hearty seafood stews, unctuous braises and char-grilled meats inspired by the traditional home cooking of his Basque grandmothers while injecting his own modern touches.

“What I set out to achieve when I first opened Basque Kitchen was to first and foremost pay tribute to my heritage and in doing so, hopefully build a greater curiosity, awareness and appreciation for Basque culture here in Singapore,” Orive says. He still visits Basque Country about once a year to catch up with friends and former colleagues, and he gladly shares with us his top picks for dining and drinking in the gastronomic destination. 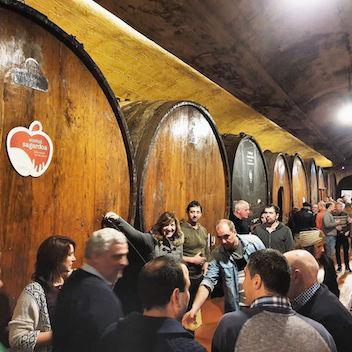 What are your favourite spots for pintxos in Basque County?
My favourite spot for drinks and pintxos is definitely Petritegi (pictured right, credit: Petritegi Facebook). It is a traditional Basque cider house in Astigarraga. Its traditional setting of wooden tables and chairs, coupled with its no-frills traditional menu of Basque dishes such as txuleta and fried salt cod makes it one of the most traditional dining experiences one can find in Basque Country. They even have rows of large kupelas (cider casks) in the dining room, which they use to store their ciders.

I love dining there because I enjoy the crowd and its laidback vibe. Perhaps it’s because I come from the city, so I particularly like the fact that it feels like I am dining in a Basque village every time I am here.

Which are some of your favourite restaurants in Basque County?

Nerua Guggenheim Bilbao
My first recommendation has to be one-MICHELIN-starred Nerua Guggenheim Bilbao, which is housed inside the iconic Guggenheim Museum. Josean Alija, who was my mentor early on in my career, uses local Basque Country produce to create modern Basque masterpieces worthy of its location. I admire his work and I have learned so much from him, and I love his modern and minimalistic approach to contemporary Basque fine dining.

Mugaritz
Mugaritz is nestled in the hills of Basque Country and it is, in my opinion, one of the most avant garde restaurants on the planet. Mugaritz is a place you visit for an experience beyond eating food and feeling satisfied. Rather, it is a place that challenges your perception of food and makes you question everything — from its use of ingredients, to its experimentation with textures and flavours that many may not understand immediately. What they create is unlike anything you can find elsewhere.

During my last visit, I had a dish that was just half an onion that was injected with pectin. The pectin breaks down the fibers of the onion, so it had the texture of a cooked onion but it was raw. It was a very intriguing dish that played with my expectations, which is why it has remained etched in my mind till now. 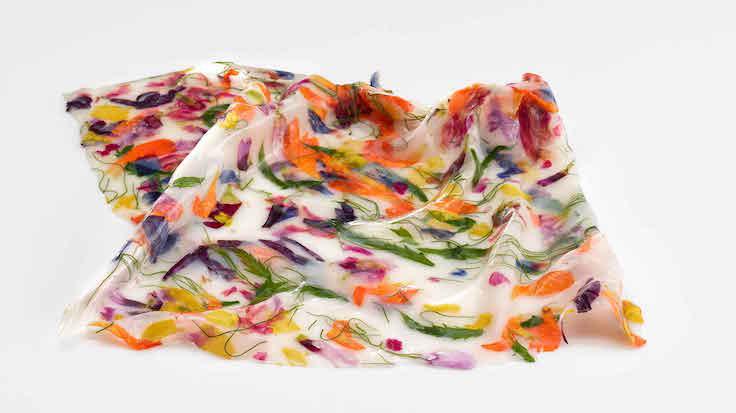 Etxebarri
Asadores are traditional grilling restaurants commonly found in Basque Country. Asador Etxebarri, however, takes the asador concept to another level of refinement, using top-notch produce that traditional asadores won’t normally use. At Asador Etxebarri, chef Victor Arguinzoniz combines the traditional method of charcoal grilling with a modern use of ingredients. The dishes are relatively simple, but extremely flavourful. The menu changes frequently, as it depends on what the chef is able to source from the market.

Zuberoa
Zuberoa is a family-run restaurant housed in a traditional Basque country house that is over 600 years old. The restaurant is helmed by Hilario Arbelaitz, one of the most respected chefs of modern Basque cuisine. Though not as recognised as some of the other well-known chef figures from the region, Arbelaitz is very humble, an exceptionally good chef and well-respected by his peers. The restaurant is worth visiting just for the chef himself – his likability and honesty extends itself throughout the restaurant and onto the menu.

Zuberoa was also the originator of the Basque Burnt Cheesecake, which is very popular in many parts of the world now, including Singapore.

Elkano
Elkano is a restaurant that needs little introduction. The Basque asador has been doing what they do for what seems like forever, and they do it really well. Aitor Arregui, the son of Pedro Arregui, now runs the restaurant and it has since taken a more modern approach with the restaurant’s menu. One can always expect the finest and freshest seafood here. Indisputably their most famous dish, and one that I would always recommend, is their turbot – where the fish is grilled whole over open charcoal, resulting in a beautiful hint of smokiness from the grill. 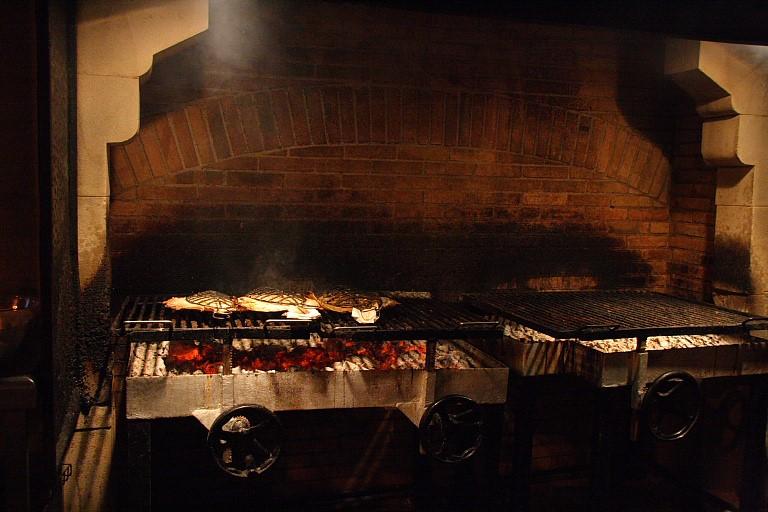 Which are your favourite vineyards to visit?
Vina Tondonia. It’s not exactly in the Basque Country, it’s in La Rioja, but it’s very close. Not forgetting Artadi as well. For txakoli (a sparkling, very dry white wine that is a speciality of the region), definitely Izagirre.

RELATED: First Day I Got My MICHELIN Stars: Aitor Jeronimo Orive Of Basque Kitchen By Aitor