From Mount Fuji to the seas of Japan, the Italian executive chef of one-Michelin-starred contemporary Italian restaurant Il Ristorante — Luca Fantin in Tokyo gets his hands dirty in search of ingredients.

It was 3am on a toe-curlingly cold January day on a fisherman’s boat off the coast of Mie in Central Japan. For the past few hours, it had been violently rocked by treacherous sea waves that thrust the boat up and down.

Drenched in briny seawater and buffeted by strong winds, Luca Fantin, executive chef of one-Michelin-starred contemporary Italian restaurant Il Ristorante — Luca Fantin in Tokyo, was nursing a terrible bout of seasickness. He was on an arduous three-day boat trip to observe fishermen harvesting seafood such as langoustine and aji (bluefish).

With his hands mimicking the undulating sea waves, he recounts the ordeal to the MICHELIN Guide Digital animatedly: “The boat was moving crazily and I thought to myself ‘What was I doing on this boat?’ Fishermen have it difficult; at least I am cooking in a warm place as a chef.” 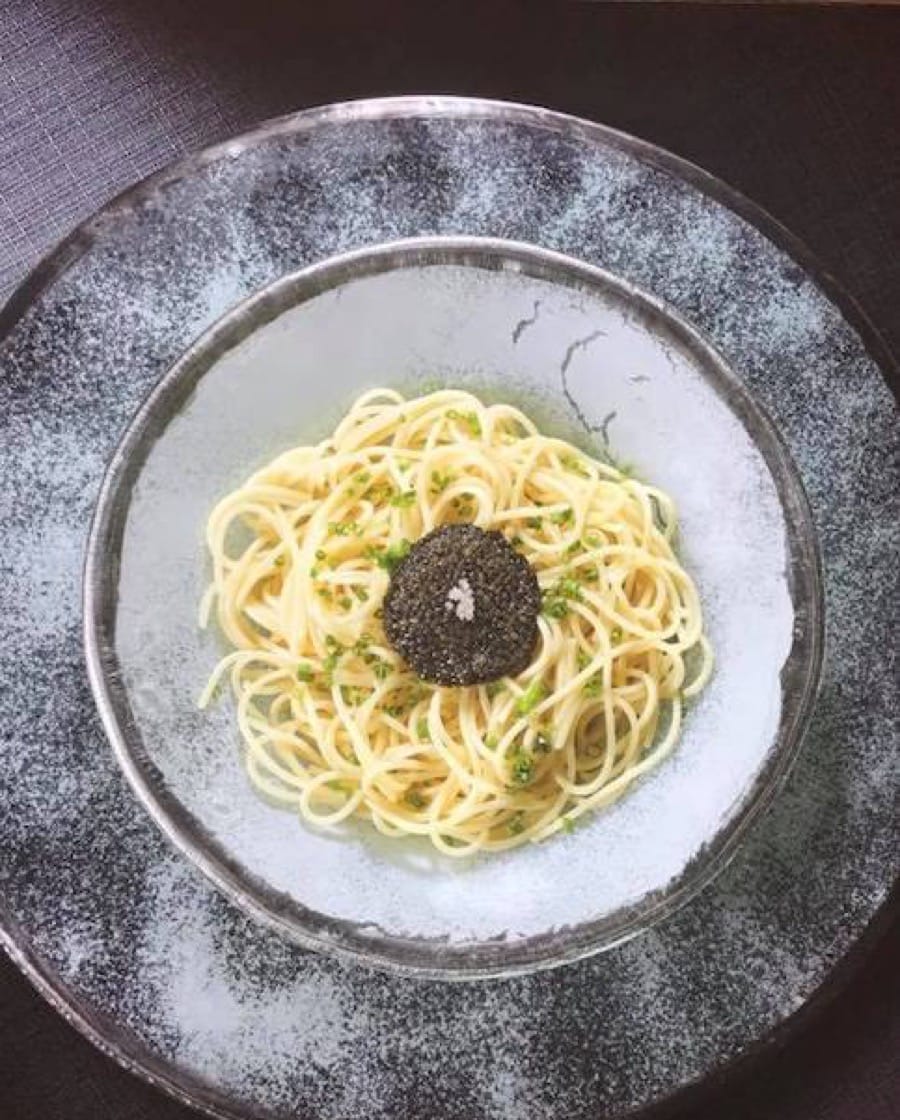 Fantin believes in getting his hands dirty when sourcing for ingredients. He trails farmers and food suppliers throughout Japan to deepen his understanding of seasonal produce used in his restaurant. From shooting deer in Northern Hokkaido to foraging for mushrooms in the forests of Mount Fuji, he gamely embarks on these monthly sourcing trips.

“It is easy to buy ingredients and complain about its quality in the kitchen,” he says. “But it is only after understanding what food producers go through that you build a connection with the ingredients and you feel a greater responsibility to take good care of them.”
Italian Creativity In Ginza

Since Fantin relocated from Italy to Tokyo nine years ago, he has carved out a name for being one of a handful of Italian chefs to helm a Michelin-starred restaurant in Japan. He also runs restaurants in Bulgari hotels in Osaka and Bali.

II Ristoranate — Luca Fantin, which is located in the heart of Ginza, is known for weaving in fine Japanese influences into innovative Italian cuisine. Instead of fusing Japanese flavours, the Treviso-born chef opts for ingredients that are typically used in Italian cuisine but grown in Japan.

They include seafood and vegetables such as celeriac, salsify and tomatoes. He estimates that 90% of his ingredients are from Japan, but the remaining 10%, such as Novara-style risotto and pasta, still has to be imported from Italy.
Advertisement
Advertisement 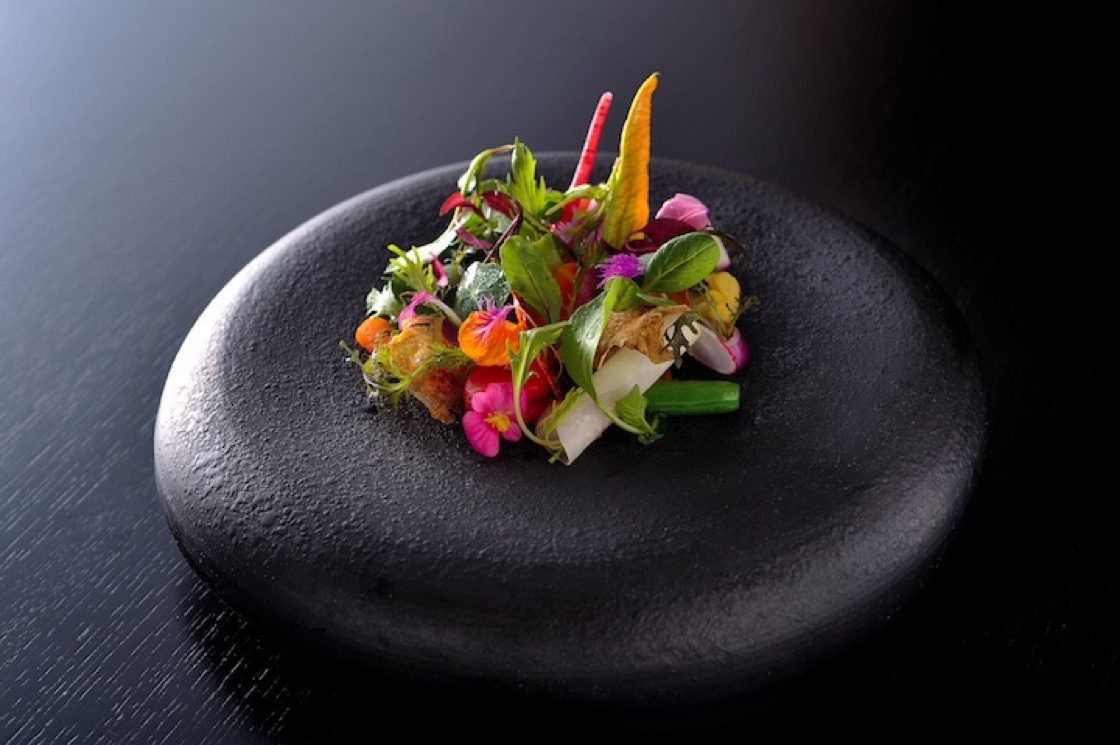 Some of his best known dishes include “carbonara” spaghetti with sea urchin and lettuce, risotto with radicchio and a red wine sauce, and tagliatelle with raw lobster and baked rosy sea bass with herbs and tarragon. Fantin presented some of these dishes at a four-hands collaboration with chef Kirk Westaway of the one-Michelin-starred Jaan in Singapore. 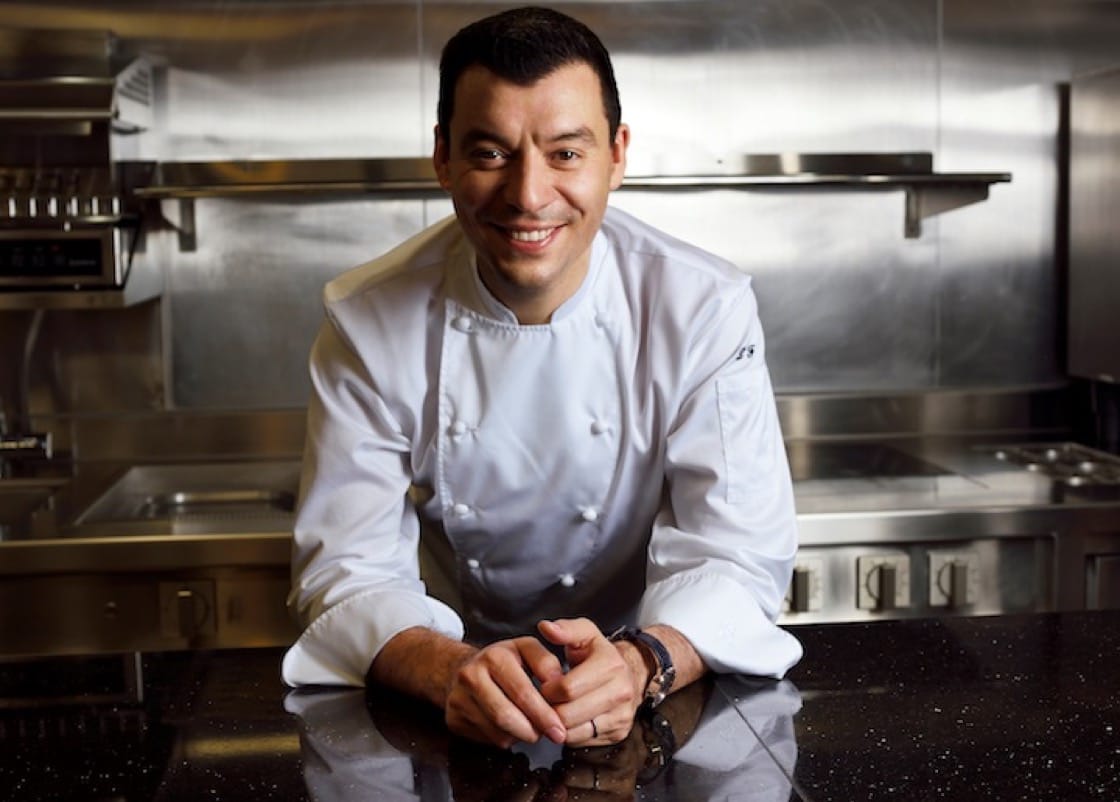 Chef Luca Fantin has a long relationship with Japan, including a stint at three-starred Nihonryori RyuGin in Tokyo. (Photo: Kenneth Goh)

Falling In Love With Japan

Fantin has had a globe-trotting career, from cooking in restaurants such as the three-Michelin-starred La Pergola by Heinz Beck in Rome, two-starred Mugaritz in Spain and three-starred Nihonryori RyuGin in Tokyo.

About 14 years ago, Fantin enjoyed a three-month stage at RyuGin so much that he grabbed the opportunity to return to work in Japan. Some of the challenges he faced included studying how to extract the right flavour profiles from Japanese ingredients in Italian dishes. He says with a grin: “I wanted to change the perception that most Japanese diners have that Italian food is just pasta and pizza.”

Being based in Tokyo for nine years has sharpened Fantin’s cooking precision. He says: “Being in Japan made me more detail-oriented— everything boils down to technique and temperature control. The Japanese are a lot more sensitive to the temperature of the dishes. It is either hot or cold and nothing can be left in the middle.”