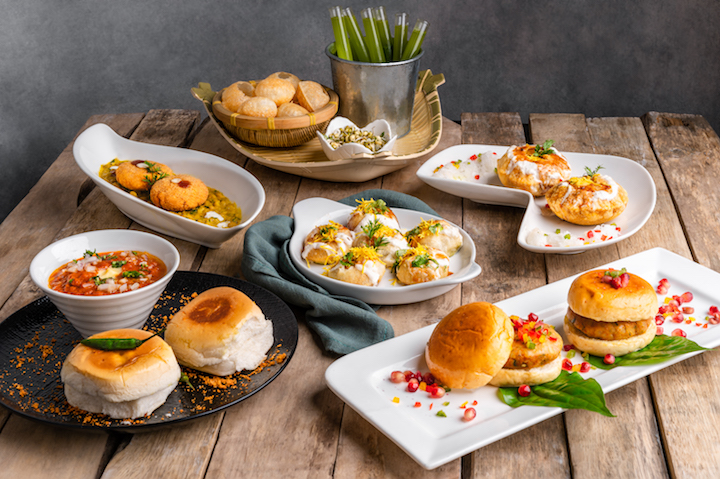 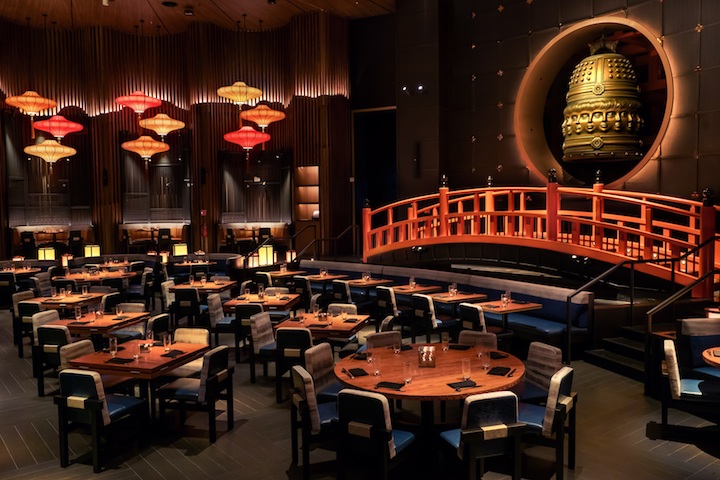 Savour Japanese cuisine in a dramatic setting at KOMA, a 230-seat restaurant, bar and lounge in Marina Bay Sands (MBS) that used to be a theatre. Greeting diners at the entrance is a visually arresting 20m-long passageway that is inspired by the torii gates of the Fushimi Inari Shrine in Kyoto. Taking pride of place in the main area is a 2.5m-high Japanese bell crafted with motifs of 20 different faces that overlooks a life-sized Japanese footbridge and reflecting pool. Hanging over diners from the high ceilings are dazzling water lily pads and oriental lamps. The menu, by executive chef Kunihiro Moroi, spans a wide range of Japanese cuisine, from sushi and sashimi to robatayaki and tempura.

Signature dishes include Salmon Pillow, a bite-sized puff pastry shell loaded with smoked avocado and topped with salmon sashimi and burnt jalapeño peppers, and the Surf & Turf Roll, a decadent roll of wagyu beef, Hokkaido uni and caviar. Snag a seat at the 15-seat sushi bar showcases the day’s produce in a stunning counter display, which also opens up to the main atrium. One of the star main courses is the Snow Aged Niigata Wagyu Beef, which is aged in a 200-year-old Japanese method of natural preservation, which intensifies the umami character of the meat. KOMA is part of a partnership between MBS and nightlife group TAO Group, which also runs LAVO Italian Restaurant & Rooftop Bar, MARQUEE Nightclub and AVENUE Lounge. 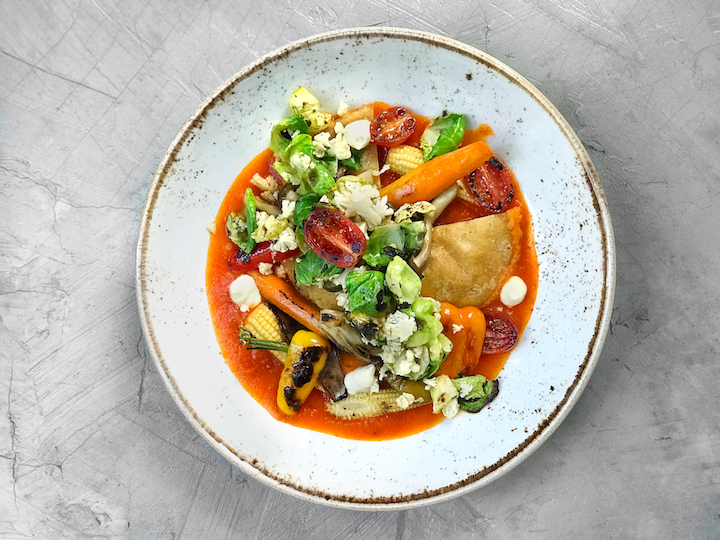 Contemporary Mexican restaurant El Mero Mero has recently reopened after undergoing its biggest revamp in five years. Its interiors are modern and dominated by beige hues. The restaurant’s kitchen team has undergone an overhaul, while 60% of the menu has been spruced up. New dishes include the Hamachi And Coconut Ceviche, which has chunks of sashimi-grade hamachi tossed in a refreshingly tart coconut milk broth infused with lime juice and tangy hibiscus in a whole coconut. New tacos include the Wagyu Volcan with charred cheese, Australian wagyu beef and a molcajete (mortar and pestle) sauce of tomatoes, jalapeno and garlic.

Vegetarians can soak up the delight of the Gordita (above), which is inspired by the classic Mexican dish. Instead of a meat- and cheese-stuffed masa (corn) dough pastry, the dish is deconstructed and served as a stew with salsa roja (tomato sauce), sauteed heirloom vegetables, capsicums and boiled black beans. The Josper oven, which is used to grill the meat and bake the tacos, is also used for desserts — the pecan pie is spiked with tequila before it is finished in the oven. El Mero Mero will open a retail corner selling tortilla chips later this month in CHIJMES. 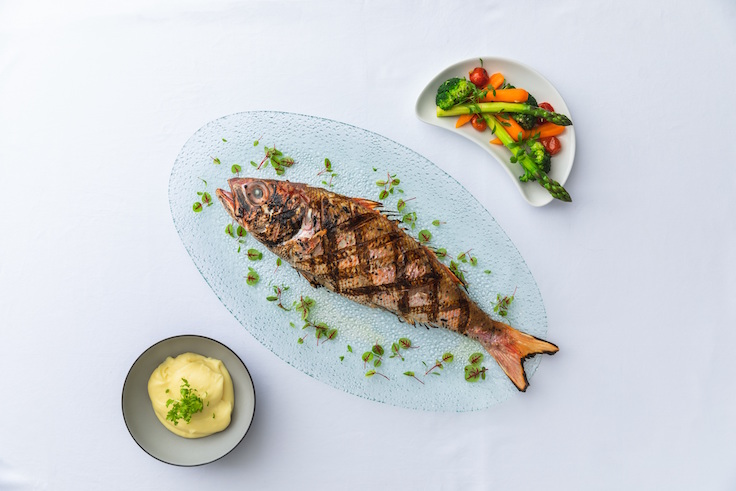 Tablescape welcomes a new executive chef to the helm: Italian native Armando Aristarco brings a pared-back approach to the restaurant’s contemporary European cuisine, choosing to focus on three or four ingredients in each dish, to delicious effect. For example, a starter of slow-cooked egg is elevated with a fondue of Parmiggiano Reggiano aged for 24 months and paired with crisp asparagus and slices of black summer truffle. Proteins like wild line-caught whole fish and Iberico pork chop emerge charred and succulent from the Josper grill with their natural flavours enhanced, barely needing the accompanying sauces and sides of sauteed vegetables and creamy mashed potatoes. 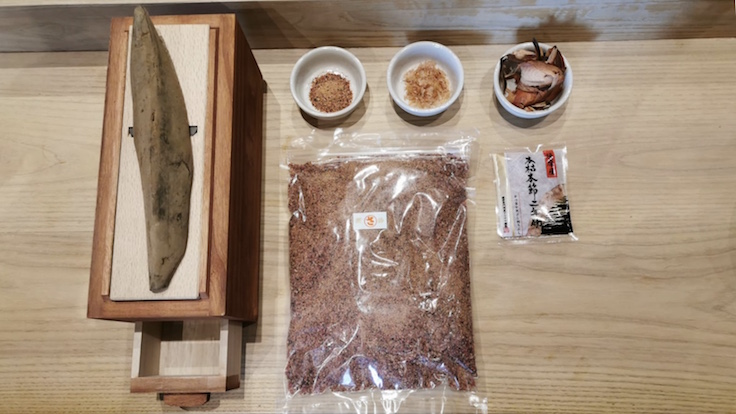 A cornerstone of Japanese cuisine, dashi is a simple and savoury soup stock which is used as a base in many Japanese dishes to bring out the umami flavour of the dish. The newly rebranded MAI by Dashi Master Marusaya in Bukit Pasoh Road shines a spotlight on this foundational broth which at the restaurant is made from premium aged katsuobushi that is dried and fermented for two years, compared with bonito which is usually fermented for under a year. This extended period of fermentation concentrates and intensifies the umami flavours in the fish. This aged bonito is then cooked with specially imported Rishiri kelp — one of the best categories of kelp that is harvested around Hokkaido — for over an hour to produce the signature broth that is used in the restaurant’s specialty dishes like shabu-shabu (hot pot), toban yaki (hot plate) and donabe (claypot), as well is in the lunch sets and omakase menu. 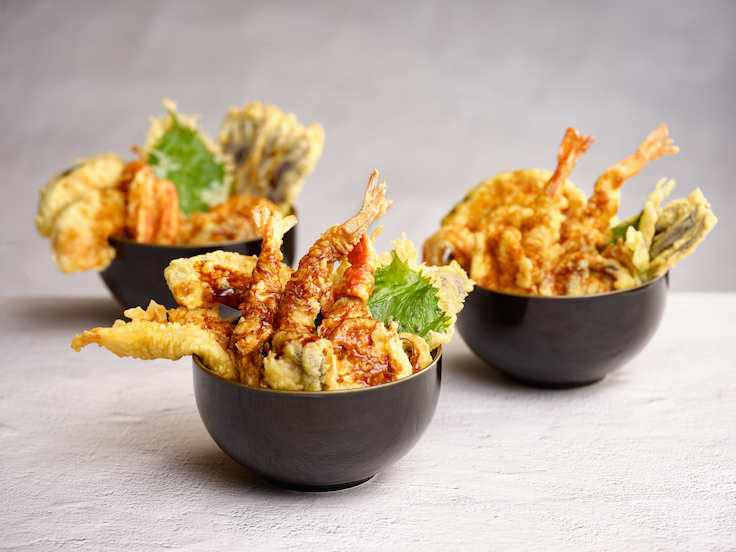 Tenjin is the latest concept by the Les Amis Group in Shaw Centre which specialises in tempura donburi, or tendon, where generous pieces of seafood and vegetable tempura are served on a bed of fluffy Hoshi-Jirushi rice from the Ibaraki prefecture in Japan. There are just three types of tendon on the menu: The vegetarian Yasai Bowl features seasonal vegetables like sweet pumpkin, aubergine and deep-fried ohba leaves, prawns, vegetables and a Freedom Range egg round out the Jo Bowl, while the premium Toku-Jo pulls out all the stops with the addition of anago (eel), crab leg, prawn and fish. 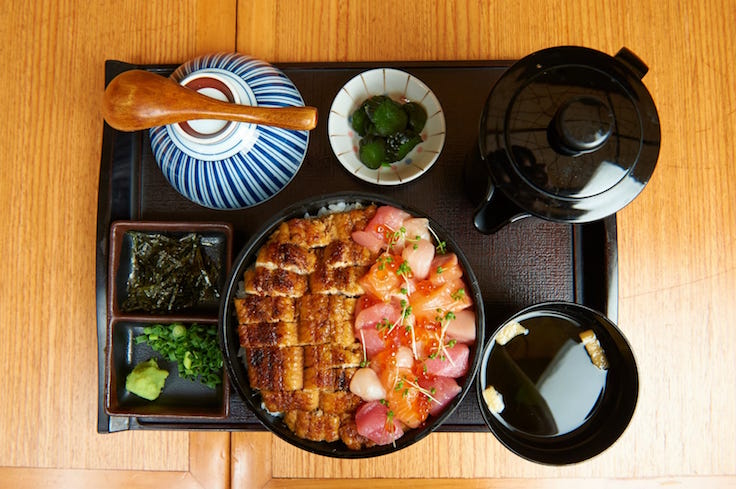 A new outlet of popular Bib Gourmand establishment Man Man Unagi has opened at Clarke Quay Central — with a collaborative tweak. It has opened beside another beloved Japanese eatery, Tendon Kohaku, and each restaurant will offer an exclusive collaboration dish that features the Kaisen-don recipe from Teppei Japanese Restaurant, which is also helmed by Teppei Yamashita of Man Man Unagi. The Kaisen Tendon ($26.50++) at Tendon Kohaku features the restaurant’s signature tempura and cubed sashimi marinated in Teppei’s secret sauce. At Man Man Unagi, diners can tuck into the Kaisen x Hitsumabushi ($32.50++) which combines the experience of a kaisen-don and grilled unagi hitsumabushi complete with all the condiments and a pot of dashi.
Advertisement
Advertisement