When we describe a hotel as being 'interesting', we mean it as the ultimate compliment. People tend to use the word ironically or with a raised eyebrow. Not us. All we can ask from a hotel, other than having good service, is that it’s interesting — that it catches and continually holds your attention.

The most interesting hotels of the Nordic countries are exactly what you’d hope they’d be. They are monumental meetings of inside and out, influenced by the types of design the region is famous for — whether that’s Scandinavia’s iconic modernism, or the warm rustic cosiness you’d expect from a place with permanent midnight, or the more recent trend of simple, stark interiors that won’t distract from the dazzling display of nature right outside the window.

For those a bit fuzzy on the distinction, Scandinavia, strictly speaking, refers to Denmark, Sweden, and Norway. While the Nordic countries are comprised of those three plus Finland, Iceland, and Greenland (as well as the Faroe and Åland islands). Now that you have all the tools necessary to navigate this list, we’ll send you off with some Zeppelin:

We come from the land of the ice and snow
From the midnight sun where the hot springs flow
The hammer of the gods
Will drive our ships to new lands
To fight the horde, sing and cry
Valhalla, I am coming
On we sweep with threshing oar
Our only goal will be the western shore
Ah-ah, ah!
Ah-ah, ah! 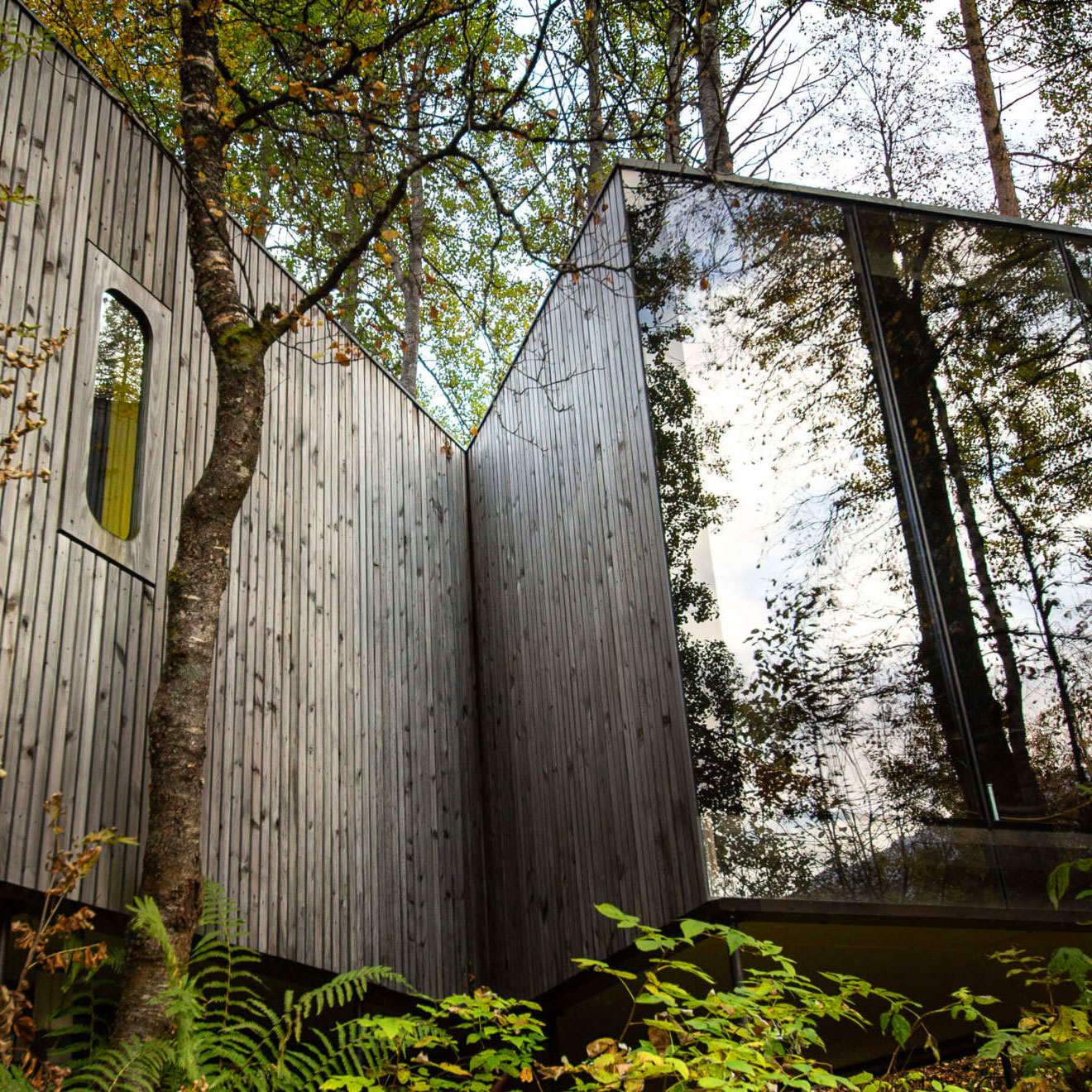 Valldal, Norway
The word 'spectacular' barely begins to describe Juvet Landscape Hotel, an hour and a half’s drive inland along the fjords from Ålesund, Norway. From the outside these glass-and-wood cubes are stunning enough, but it’s from the inside that you begin to appreciate what it is to be a 'landscape hotel' — with one or two walls made of full-length glass, each cabin takes in a truly vast forest panorama. (If you’ve seen the film Ex Machina, you’ve seen a partial view of Juvet’s interiors and exteriors.) 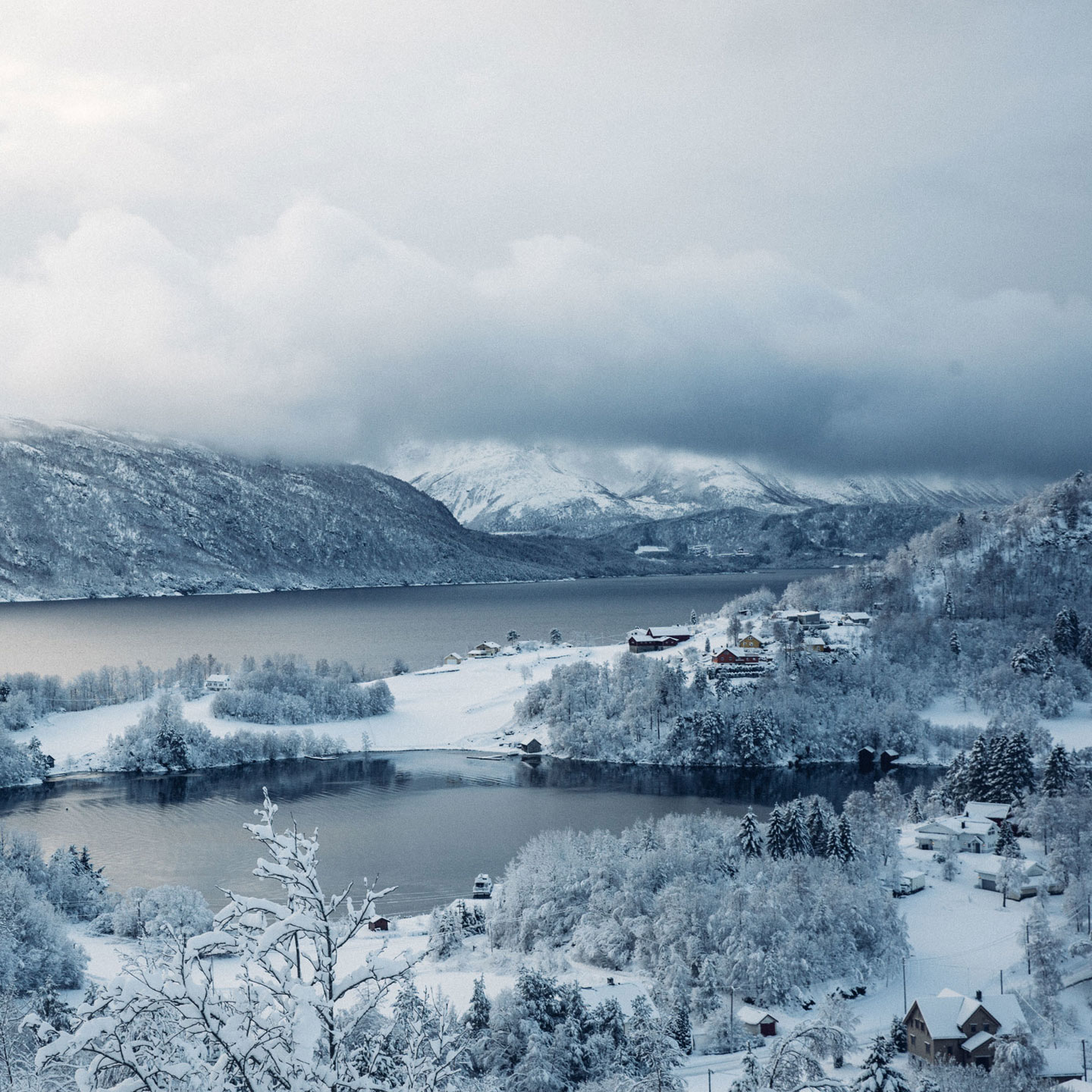 Alesund, Norway
It doesn’t get much more picturesque than the Storfjorden, on Norway’s west coast, where the Storfjord Hotel sits surrounded by thousands of acres of protected woodland. It’s constructed in the traditional lafta style, with whole timbers, and the interiors are ruggedly elegant, furnished with antiques and classic Norwegian furnishings. Of course it’s not only the interiors you’re here to see, but the landscape as well, and each of the bedrooms has a balcony looking out over the fjord and the surrounding mountains. 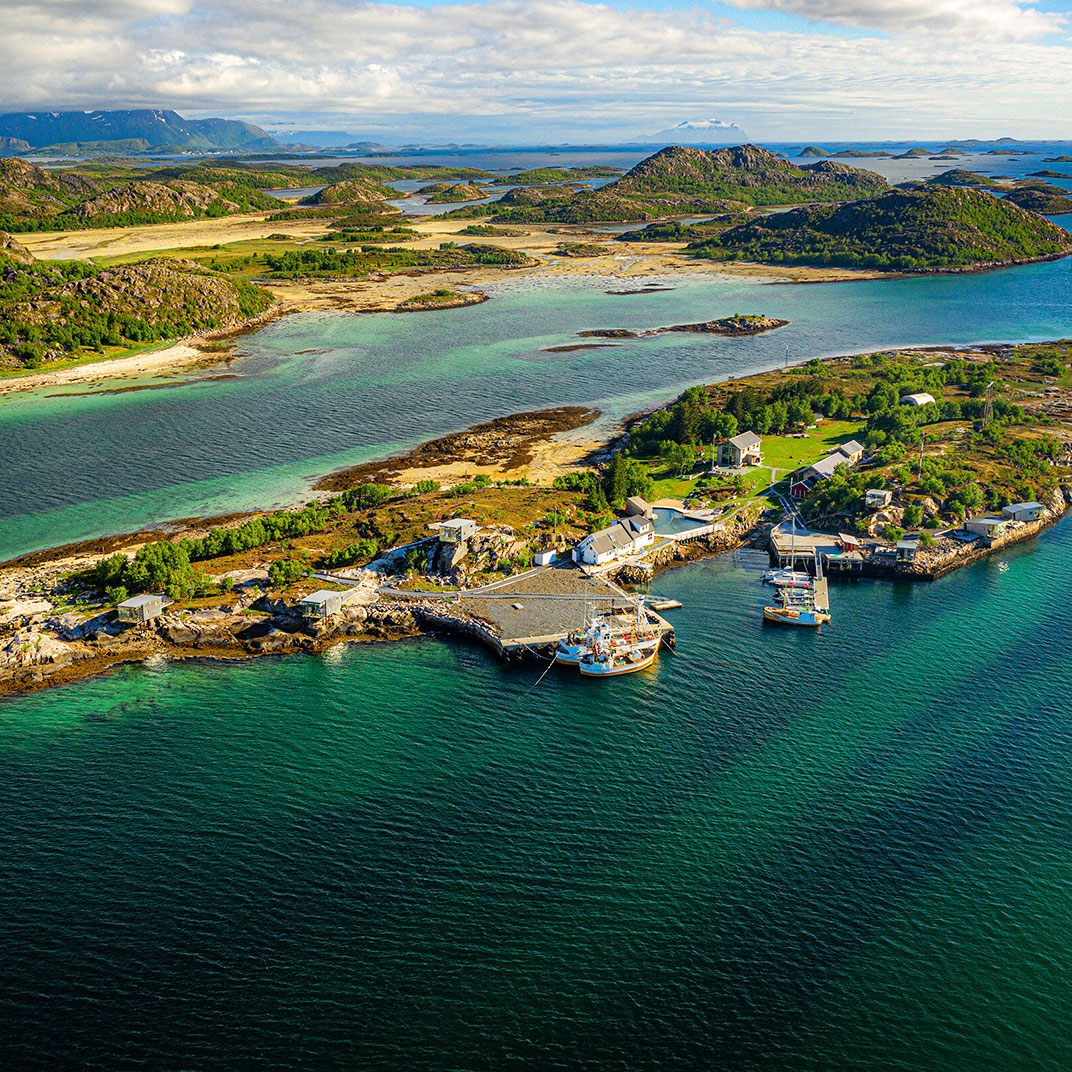 Manshausen Island, Norway
Even by Norwegian standards, Manshausen Island is out there. This island in the Steigen Archipelago was once a traders’ outpost, and the hotel’s 1880s-vintage main house is a relic of this era. But the sea cabins are quite a bit newer. These pared-down larchwood-and-glass structures perch right at the water’s edge, affording vertiginous views through full-length windows from living rooms furnished with mid-century reproduction furniture. 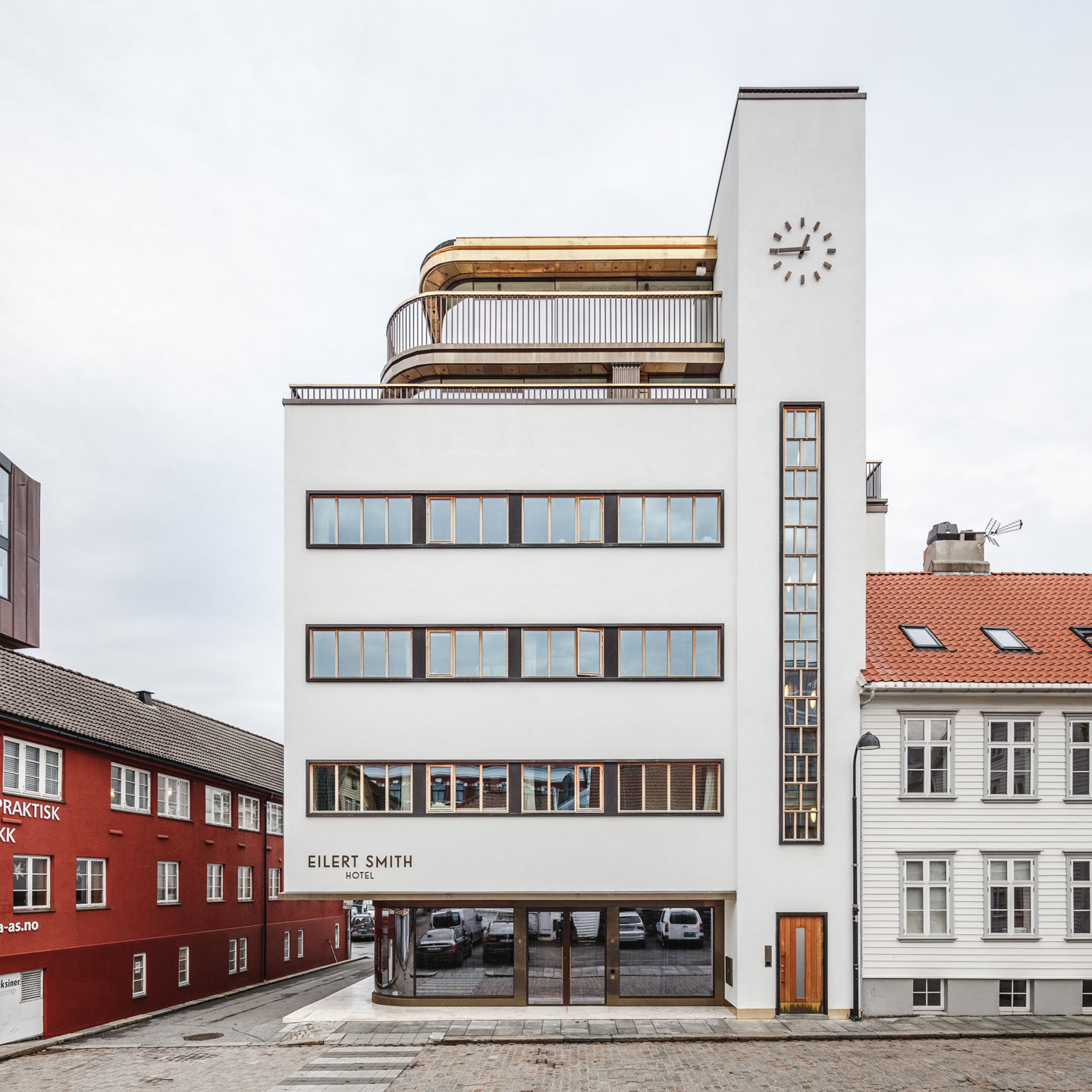 Stavanger, Norway
The Eilert Smith Hotel is nothing if not unique. It’s a converted 1930s warehouse by an architect of the same name, whose early-modernist Functionalist style now stands in stark contrast to the traditional wooden houses and contemporary glass buildings that make up the rest of the cityscape. What makes it a compelling destination, though, isn’t the building so much as what’s inside: 12 quietly stylish rooms, yes, but most importantly, RE-NAA, the only restaurant in all of Norway to be awarded two MICHELIN stars. 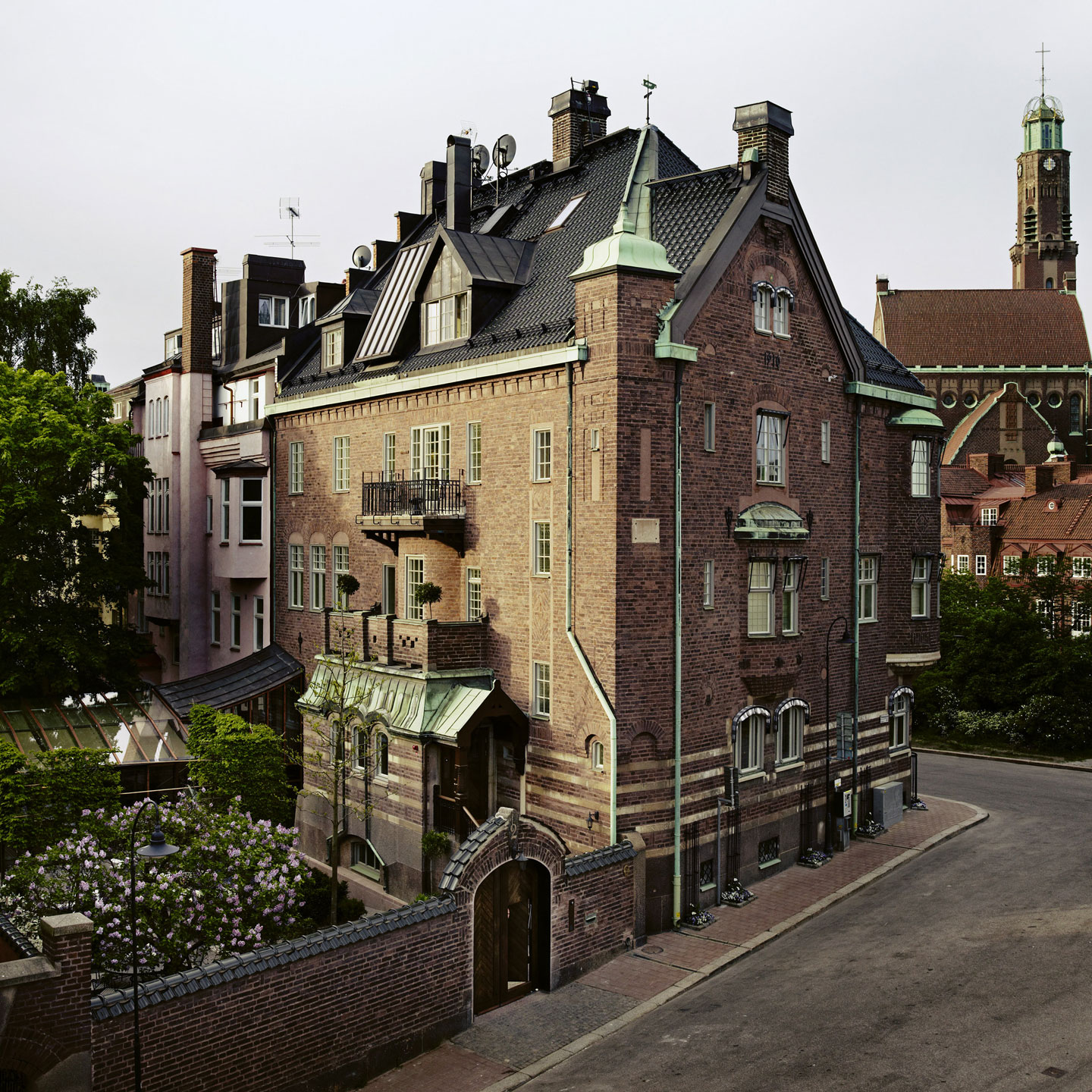 Stockholm, Sweden
Even if Ett Hem’s aesthetic isn’t strictly homegrown — designer Ilse Crawford is London-born, to a Danish mother — the fact is, it’s probably the finest example anywhere of the current tendency in Scandinavian boutique hotel design: away from the kind of modernism that’s synonymous with “Scandinavian” design and toward something much warmer, a luxe, stylish sort of coziness, and an eclectic approach which makes use of mid-century modernism as just one element among many historical references. 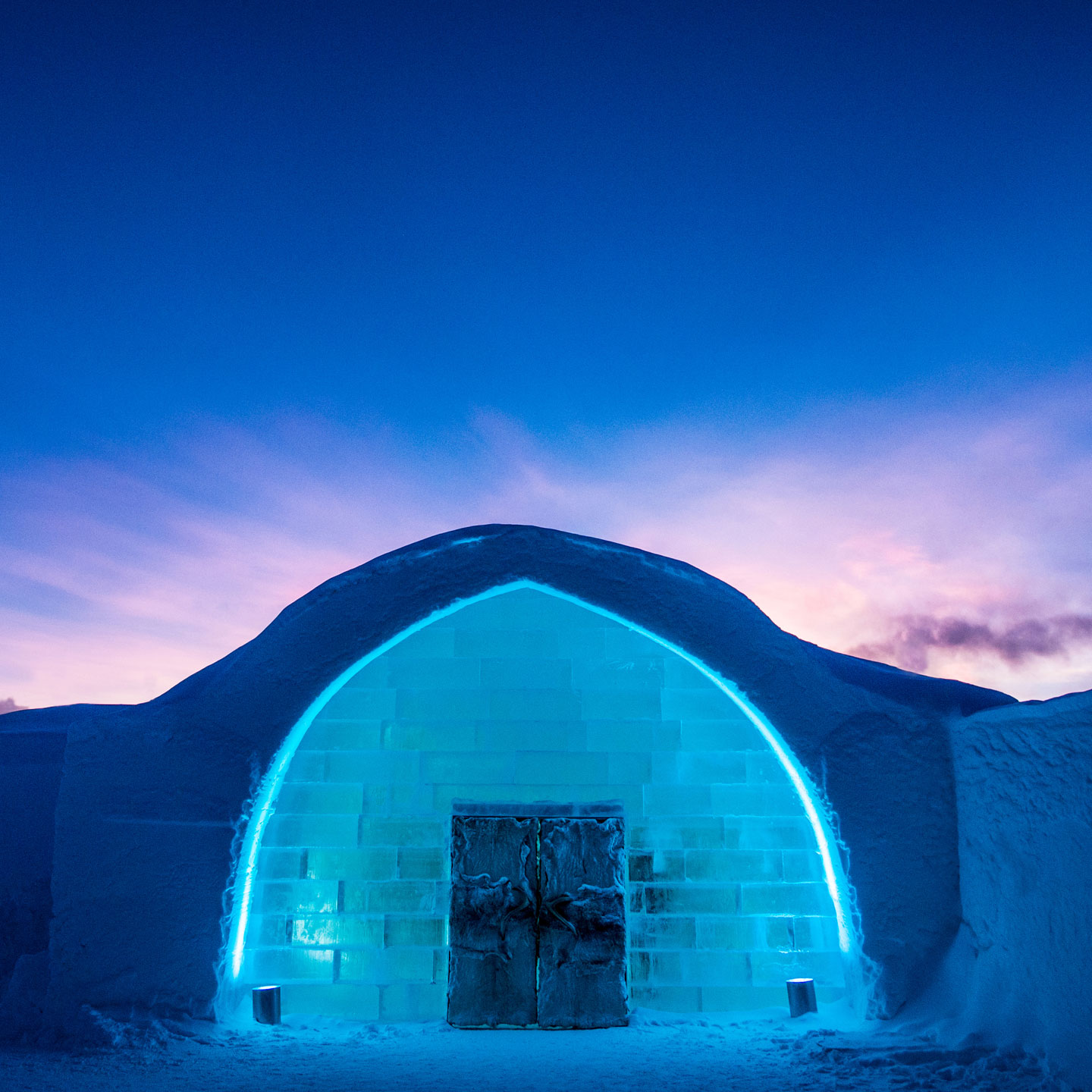 ICEHOTEL
Jukkasjärvi, Sweden
Swedish Lapland’s famous Icehotel, it turns out, is open year-round. From December through April, guests check in to Ice Rooms made out of ice from the Torne River, or upgrade to Art Suites, which are like Ice Rooms but with unique ice and snow sculptures. But there’s also the all-season Icehotel 365, whose solar-powered building stays cool enough to house permanent ice suites. And there’s also the so-called Warm Accommodation, a selection of more traditional hotel rooms or chalet apartments, all housed in permanent wooden structures. 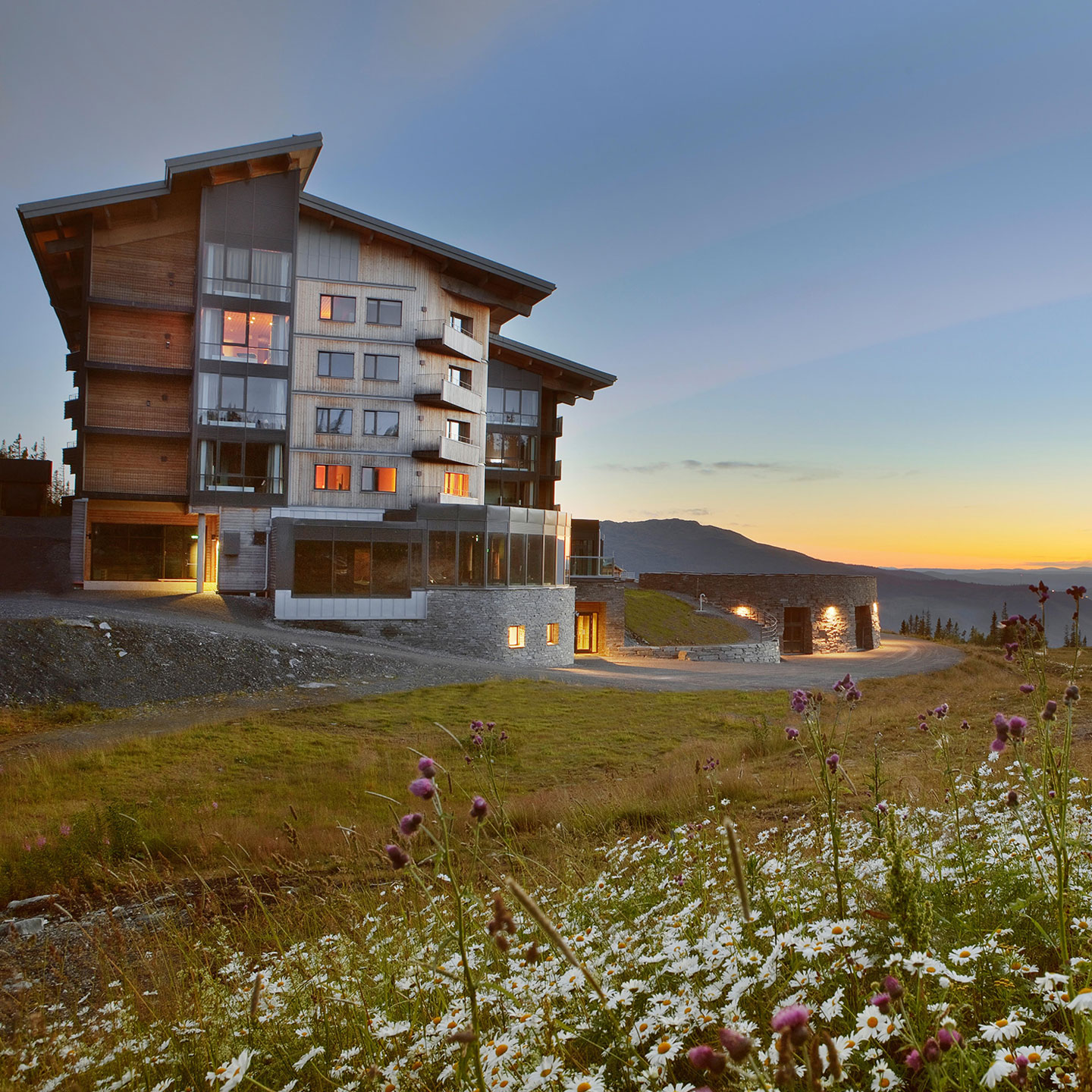 Åre, Sweden
A naïve observer might expect a five-star ski hotel in the mountains of northern Sweden to be a stark, stimulating, modernist sort of place, where the drama of the cutting-edge architecture and stylish, urbane interiors is only heightened by the sublime alpine landscape. This is one of those times when the naïve observer is exactly right. Mount Åreskutan is by some measures Sweden’s top ski town, and it’s here that you’ll find the stark, stimulating, modernist Copperhill Mountain Lodge. 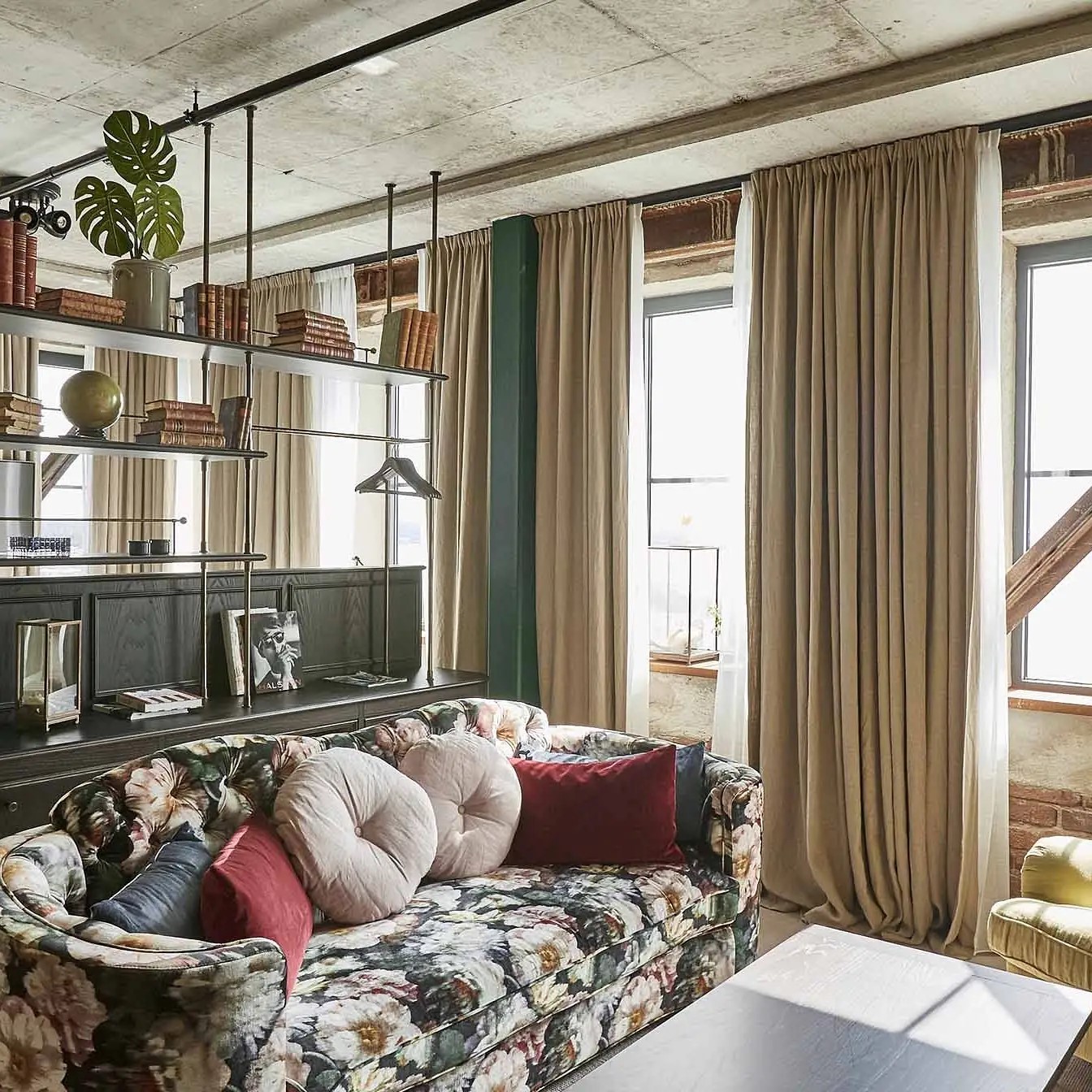 Västerås, Sweden
The lakeside inland city of Västerås has never seen anything like the Steam Hotel. Here a beautiful old red-brick power plant has been expanded and transformed into an 18-story, 227-room luxury hotel whose 'industrial-romantic' interiors would be the talk of many a much larger town. The Voltage Lounge features an indoor pool heated by one of the power plant’s old turbines, and there’s also an indoor water park, complete with waterslides, spanning eight of the structure’s floors. 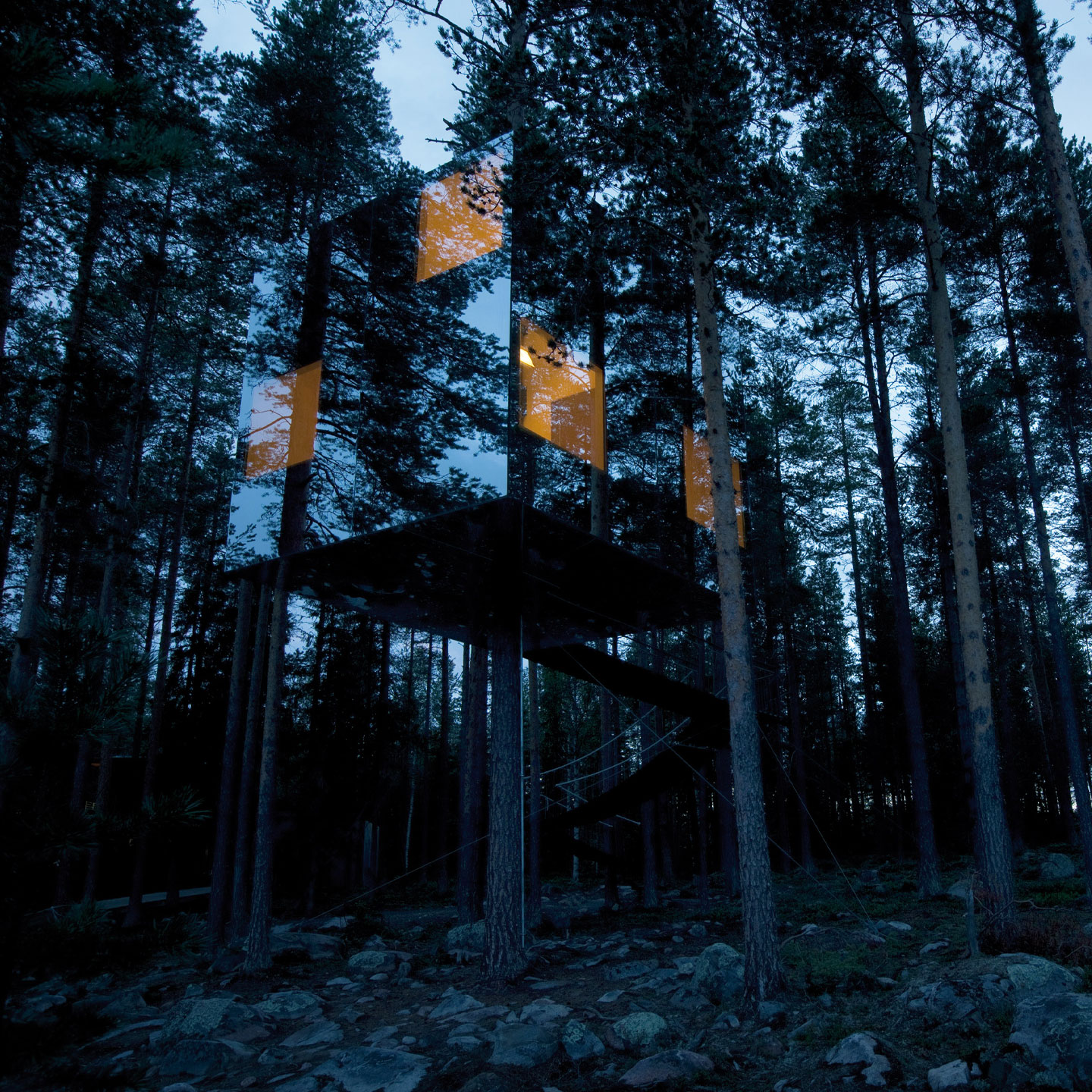 Harads, Sweden
We’re happy to report that this is exactly what you would hope a hotel called Treehotel would be. Just south of the Arctic Circle, in Swedish Lapland, a young couple took over a Thirties guest house, which travellers more or less ignored in favor of the single treehouse suite. So with the help of seven different Swedish architecture firms, they built seven more, from the vertiginous Cabin to the dizzying Mirrorcube and the whimsical UFO. 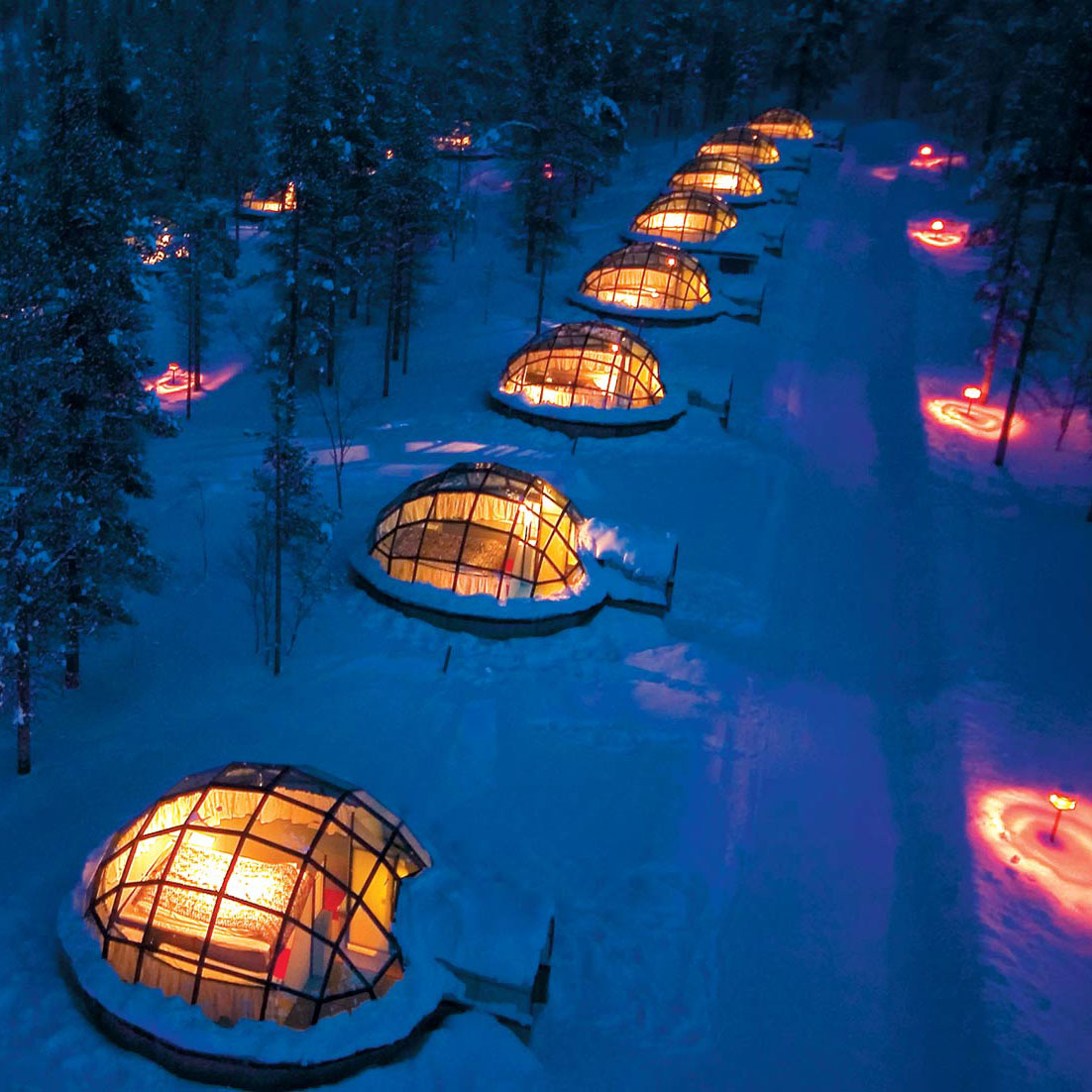 Kakslauttanen Arctic Resort
Saariselkä, Finland
Safe to say there’s nothing quite like the Kakslauttanen Arctic Resort, where you’ll sleep literally beneath the stars in an igloo made of glass — all so that you won’t miss a chance to see the Northern Lights. Most of the accommodations are actually log cabins with observation domes attached, for those who want slightly less exposure. Husky and reindeer safaris are available, as well as cross-country skiing and snowmobiling, and during the summer there’s a full complement of dry-land outdoor activities as well. 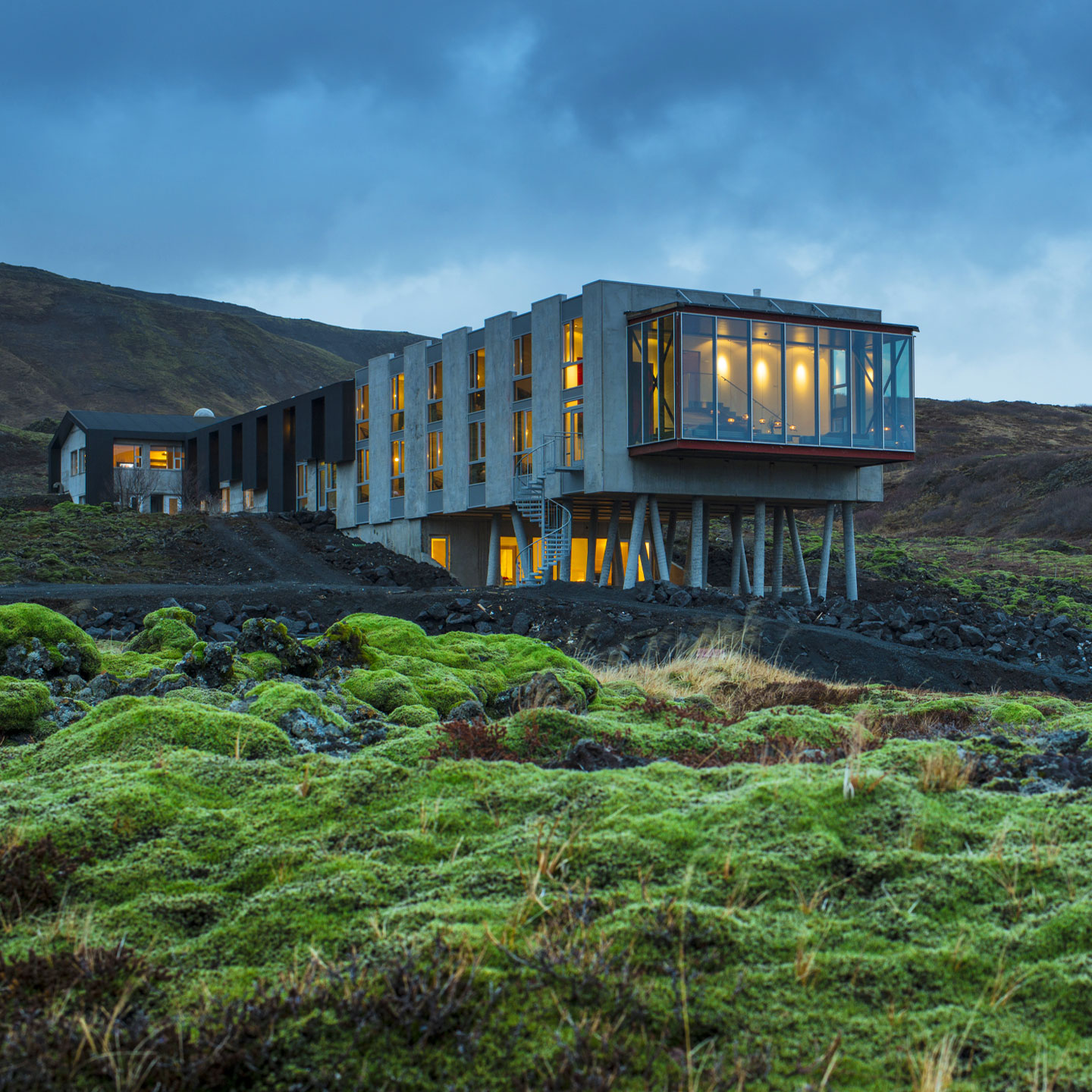 ION Adventure Hotel
Selfoss, Iceland
The otherworldly landscapes of Iceland, we reasoned, were crying out for the full Patagonia treatment — which is to say, they were crying out for a rural escape that’s at once a building of real architectural distinction and a thoughtfully luxurious hotel as well. 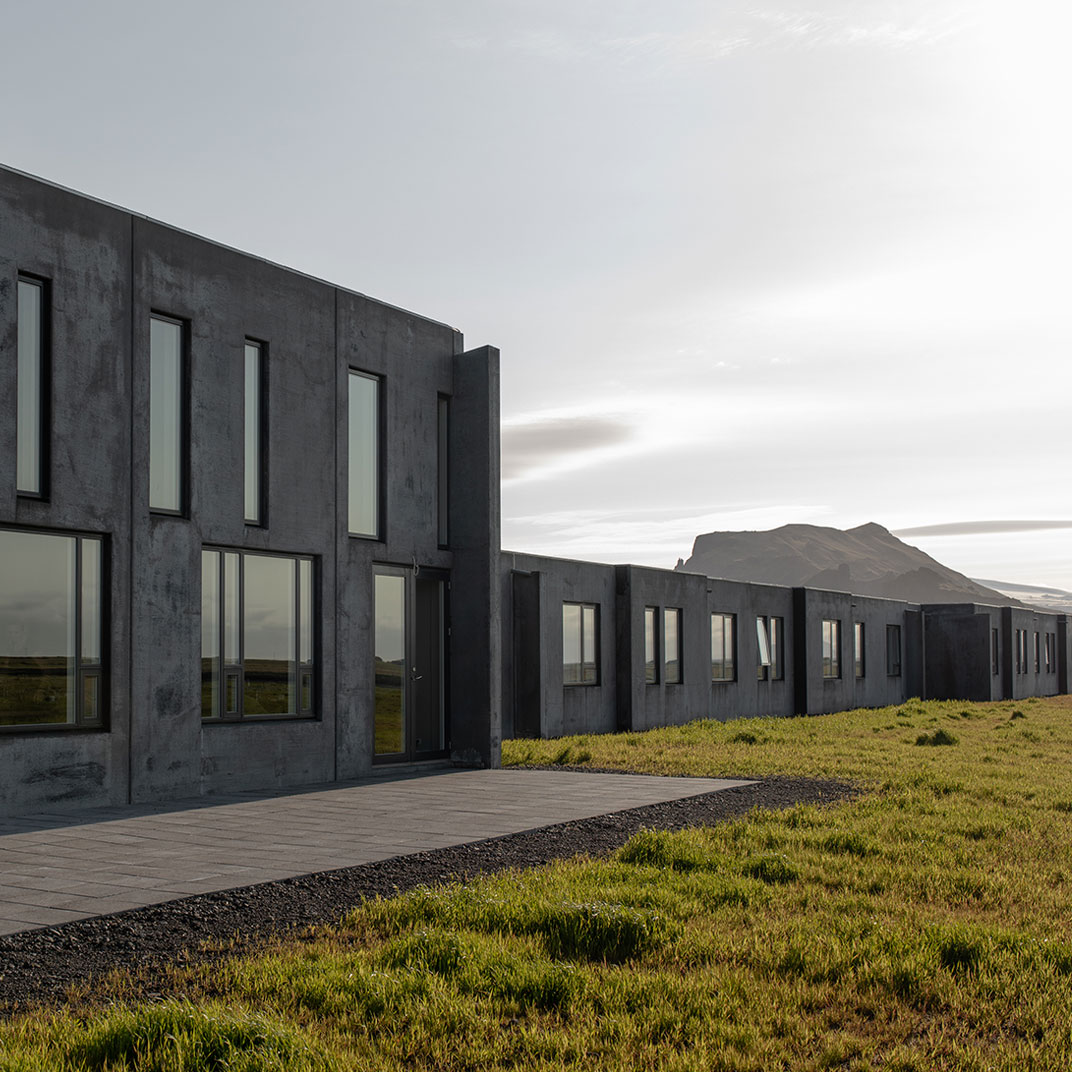 Hvolsvöllur, Iceland
For quite a long time Iceland’s spectacular beauty was rather let down by its relatively ordinary hotels. Lately, however, a new movement is afoot, complementing this island nation’s sublime, unearthly landscapes with some equally inspiring modern architecture and design. And it doesn’t take much more than a glance at Umi Hotel to identify it as an example of exactly what we’re talking about. 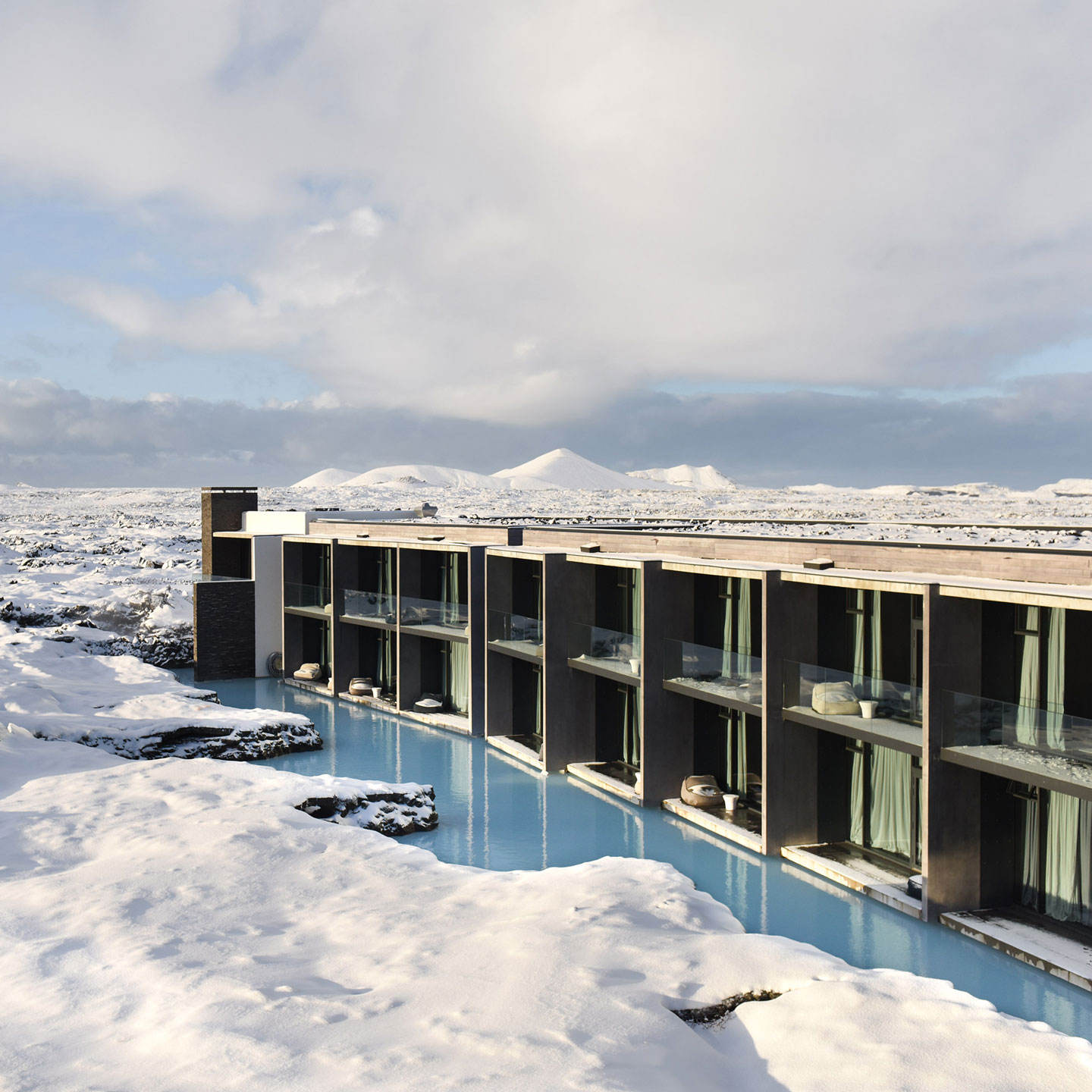 Grindavík, Iceland
Iceland’s famous Blue Lagoon is also the site of the incredibly stylish and unmistakably high-end Retreat Hotel. It’s got its own guests-only lagoon, so that you can skip the very busy public pool, as well as a lavish day spa that makes the most of Iceland’s unique volcanic resources. The suites are by a considerable distance the country’s most luxurious, with views of the private lagoon or the lava fields in the middle distance — some even open directly onto the water. 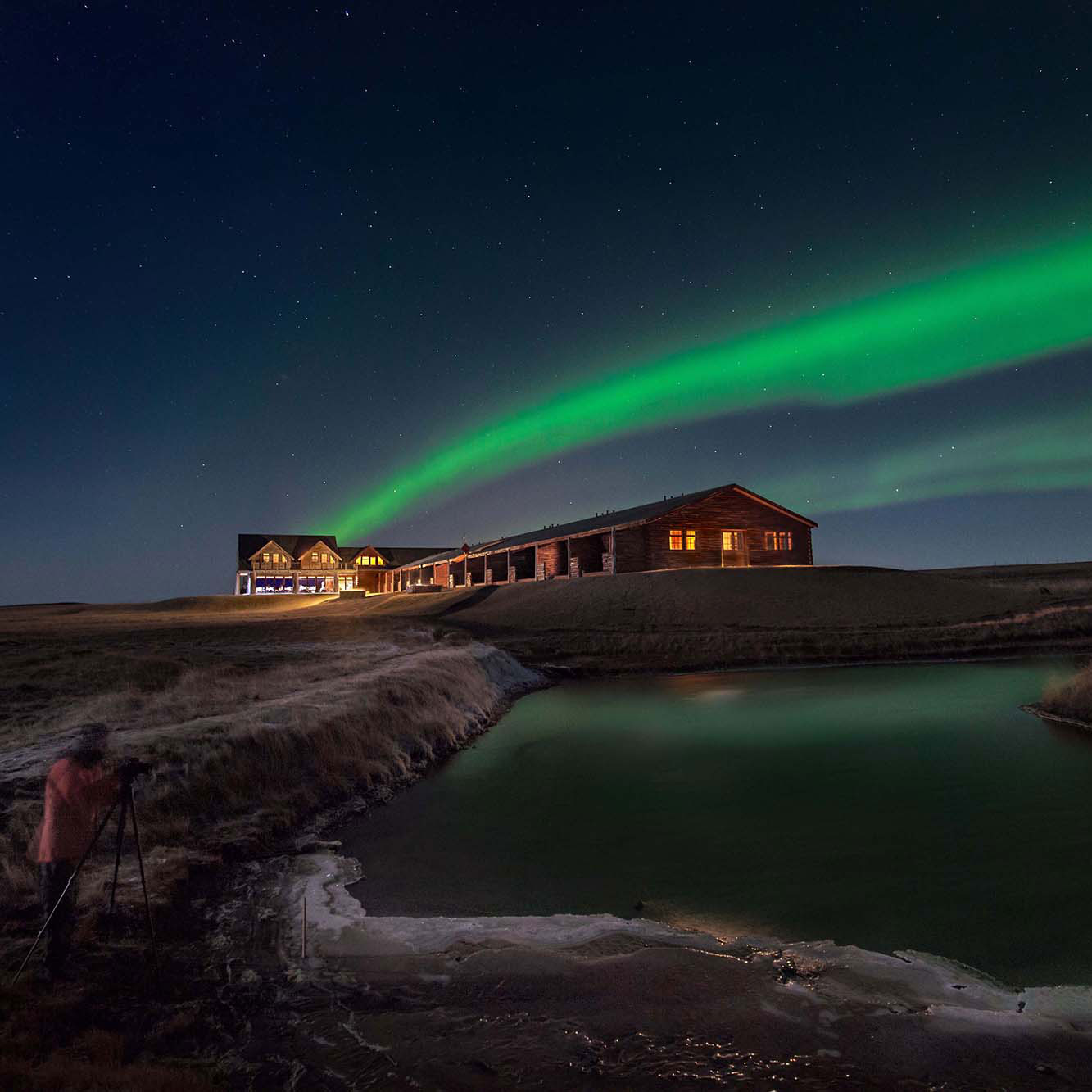 Hella, Iceland
Hotel Ranga is located on the southern coast of the island, a little more than an hour east of Reykjavík — which, in Iceland, means you’re in pretty much the middle of nowhere. With a volcano behind it and the sea in front of it, it’s not hurting for scenery, but it’s at night that the Rangá really shines — during the Northern Lights there’s hardly a better place on earth from which to see them. 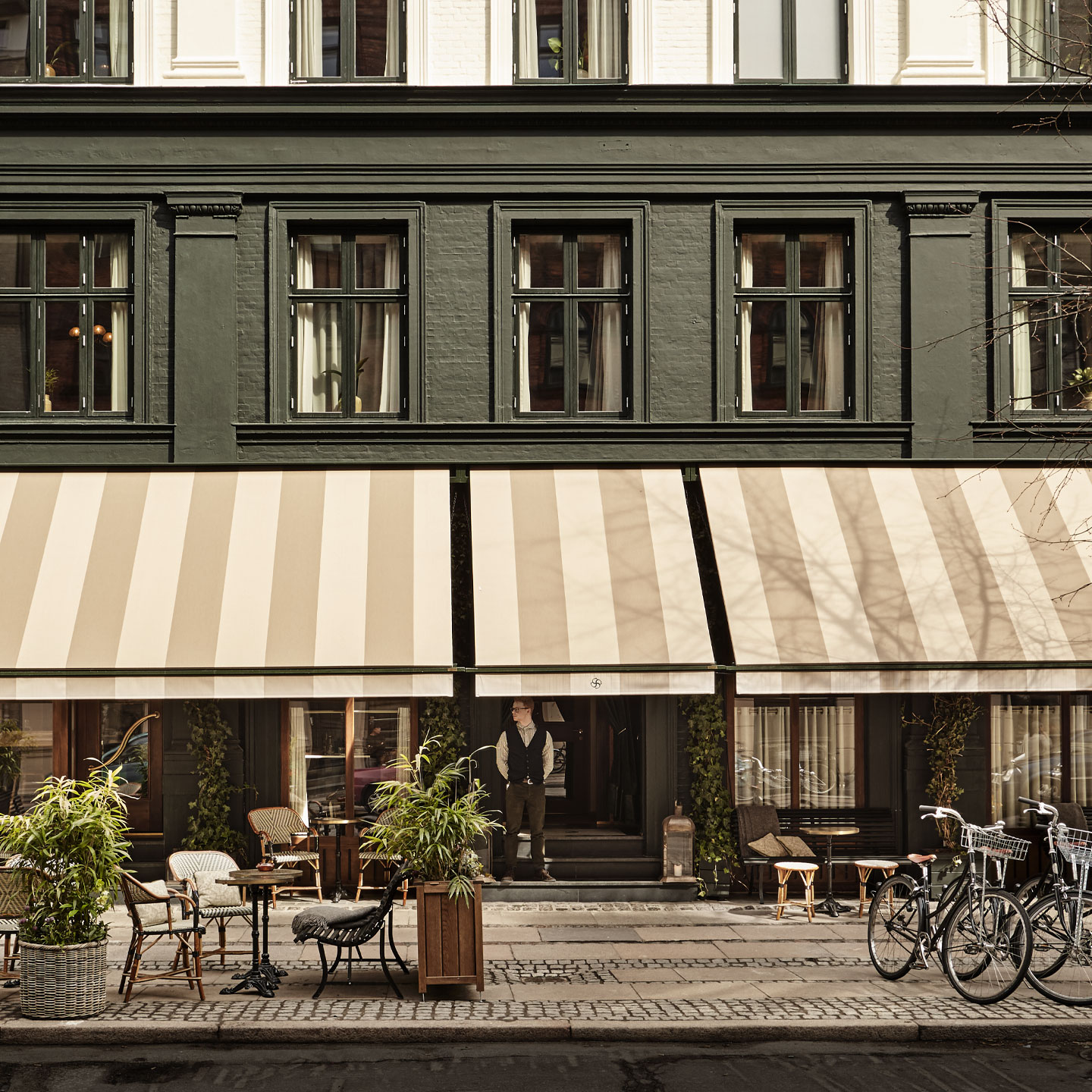 Copenhagen, Denmark
Copenhagen is certainly one of the world’s capitals of design, as well as the epicenter of hygge — that indefinable cosiness that’s become the hallmark of Nordic hospitality. But until recently its hotel scene was somehow less than the sum of its parts. Among the hotels that are changing that, however, is the Sanders, a 54-room luxury boutique hotel owned and operated by the celebrated Danish ballet dancer Alexander Kølpin. 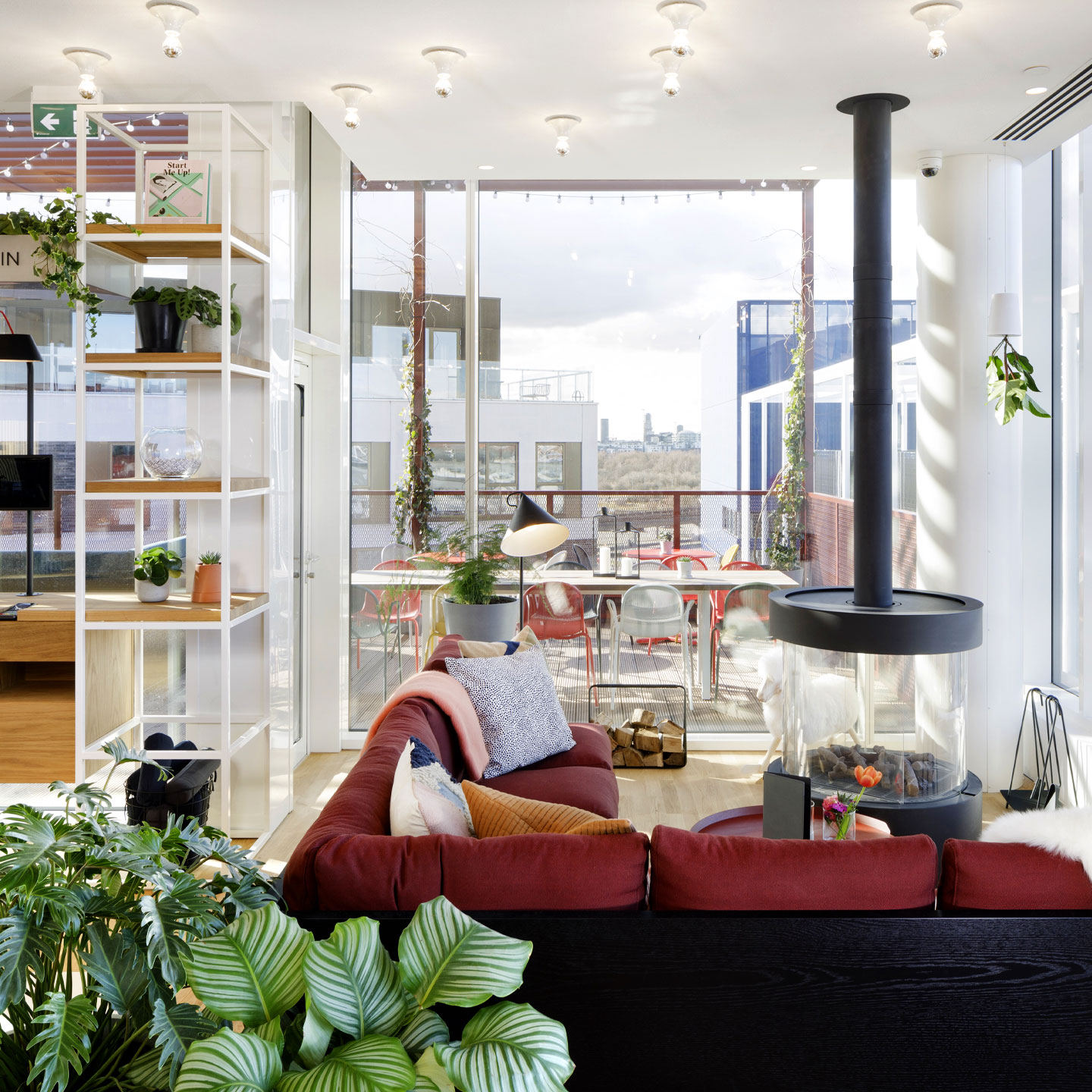 Copenhagen, Denmark
Zoku’s hybrid home-office lofts and compact rooms aim to provide a stylish residential work-life experience for travellers in town for days, weeks, or more. It’s set in Amager Vest, an up-and-coming district on the island just to the south of the city centre. And its accommodations, sensibly, are geared toward the kind of creative work that takes place here — and to the youthful leisure travellers who gravitate here.