Signature dishes encapsulate the passions and cooking style of their creators, the culinary equivalent of artists finding their own style. In this series, we tell the stories of sublime signature dishes that define the world’s top chefs and their careers. This is the fascinating story behind the 200-year-old “lost recipe” at Bangkok’s Michelin-starred Chim By Siam Wisdom.
Set in a century-old traditional Thai house built around an ancient tree is restaurant Chim By Siam Wisdom, which has just been recognised with a Michelin star for the second year in the MICHELIN Guide Bangkok 2018. At its helm is chef Thaninthorn “Noom” Chantrawan, most recognised in the city for his stint on Iron Chef Thailand. 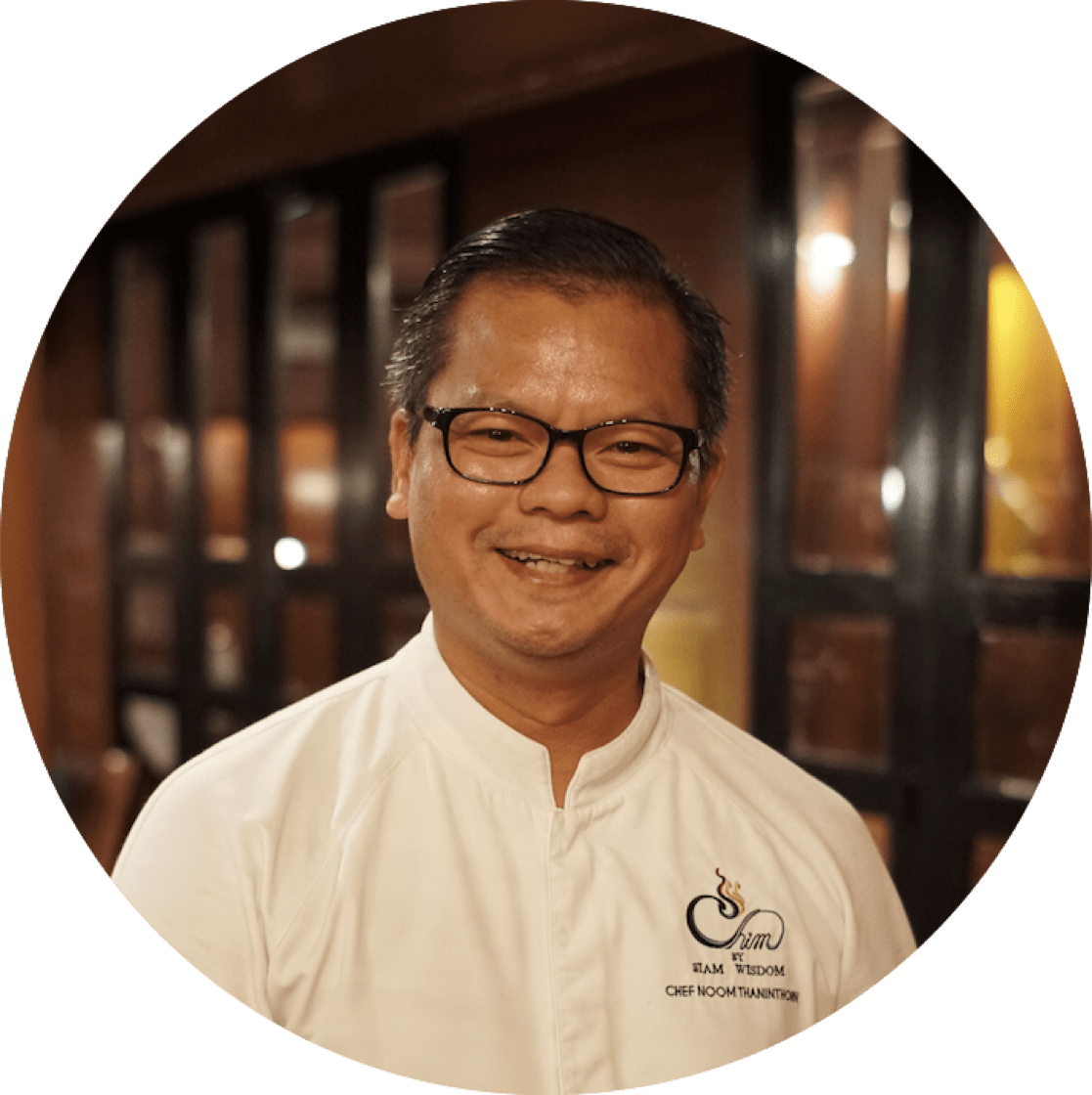 Trained in European and modern molecular cuisines, Chantrawan spent 14 years working in some of London’s hottest restaurants, including Zuma, Roka, Patterson’s, Momo and Sketch before returning to Thailand where he was spotted by the TV producers of Iron Chef Thailand. “When I first took over this restaurant in 2016, I was thinking of what form of Thai cuisine could best represent the history of this ancient building and I decided I wanted to do something that could bring future, present and past together,” he says.
The chef started his research into historical Thai cuisine and was surprised to find that the culinary experts of old were well-ahead of their time in terms of technique. “When I started to dig down into old recipes, I became very fascinated. I discovered that these ancient recipes had some very modern molecular cooking concepts,” he says. “For example, I found a recipe that described the making of a traditional curry paste. You heat it up and cook it with coconut milk so the oil is released and it’s a modern technique they use now in Western kitchens to make curry oil.” 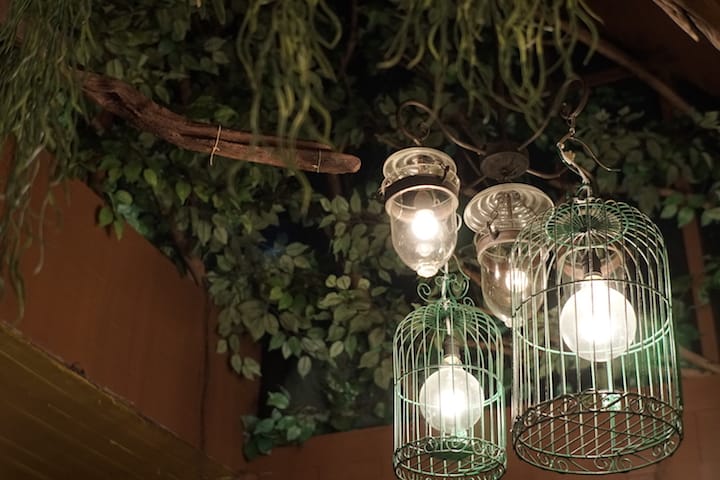 One-Michelin-starred Chim By Siam Wisdom is set in a traditional Thai house built around an ancient tree. (Pic: MICHELIN Guide Digital)
His studies brought him to the office of a university professor with an extensive collection of old recipes from the Thai royal family. There, he came across a 200-year-old recipe for Tom Yum Plachon Bo-Larn, a tom yum soup variation that had not been cooked in over a century.

Many consider tom yam goong a national dish of Thailand and are familiar with the hot and sour broth flavoured with fresh lemongrass, kaffir lime leaf, galangal, lime juice, fish sauce and crushed chili peppers, usually made with prawns as the main ingredient. However, Chantrawan’s Tom Yum Plachon Bo-Larn is a deeper, richer, far more complex ancestor to the modern popularised version of the soup.

The three-page recipe was recorded in the 19th century by a Madam Somcheen who worked in the household of King Rama II, the second monarch of Siam under the Chakri dynasty, ruling from 1809 to 1824. Involving the preparation of many different components, the recipe called for a long list of ingredients, including wild-caught freshwater snakehead fish which costs about 800 Thai baht (S$33, HKD$195, NT$769) a kilogram, twice the price of salmon in Thailand. 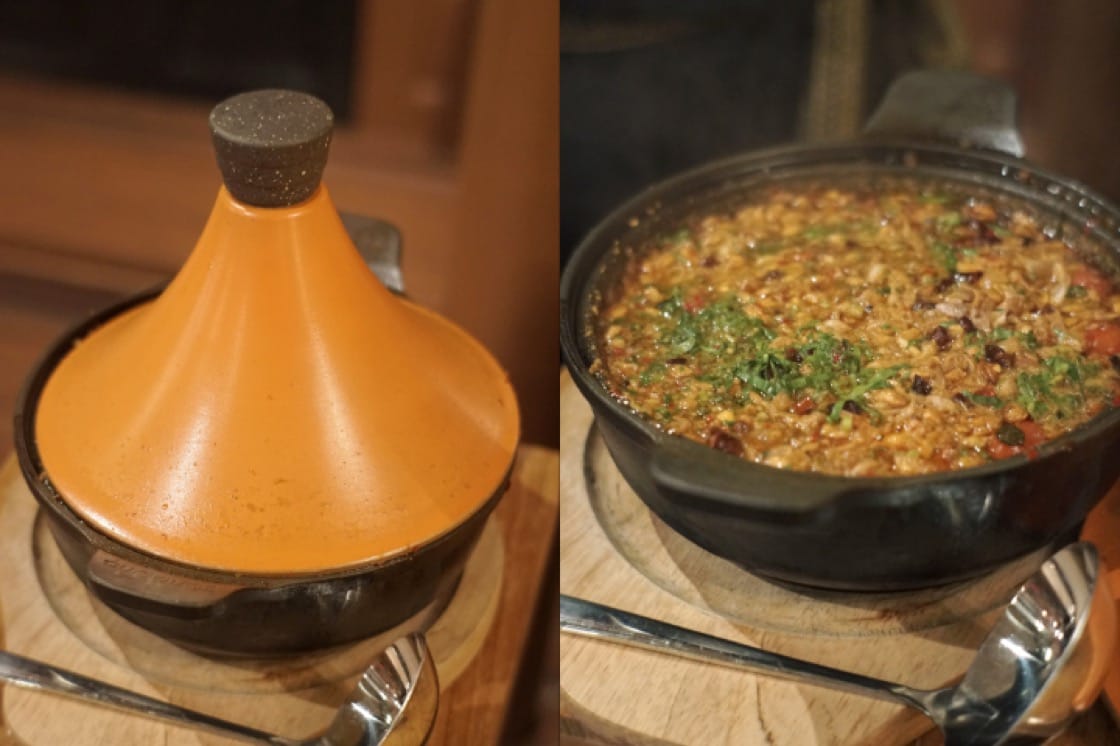 The chef took about three weeks to test the recipe and convert ancient units of measurements to the modern metric system. “We’re talking about an extinct dish. I’d never tasted it before and no living person would have memory of what this dish tastes like,” says Chantrawan. “I recreated the dish from Madam Somcheen’s written recipe, but I had to use my own imagination to make adjustments as well.”

Served in a traditional clay tagine, Chantrawan’s Tom Yum Plachon Bo-Larn is a chunky deep red soup that hits all the flavours that characterise Thai cuisine: there’s sweetness that comes from starfruit juice, fresh mango and pickled garlic juice; spice and heat from fresh and dry chilies and the chef’s blend of nam phrik phao, a home-made chilli jam. The soup’s sour tang comes from various local citrus fruits like som sah, fresh lime and Thai calamansi, while burnt shallots, burnt tomatoes and smoked chilli jam lend an alluring smokiness. Instead of the fish sauce that is the main seasoning for most tom yum soups, Madam Somcheen’s recipe calls for sea salt. The addition of rice in the soup bulks up the dish and also sets it apart from its modern-day counterpart. 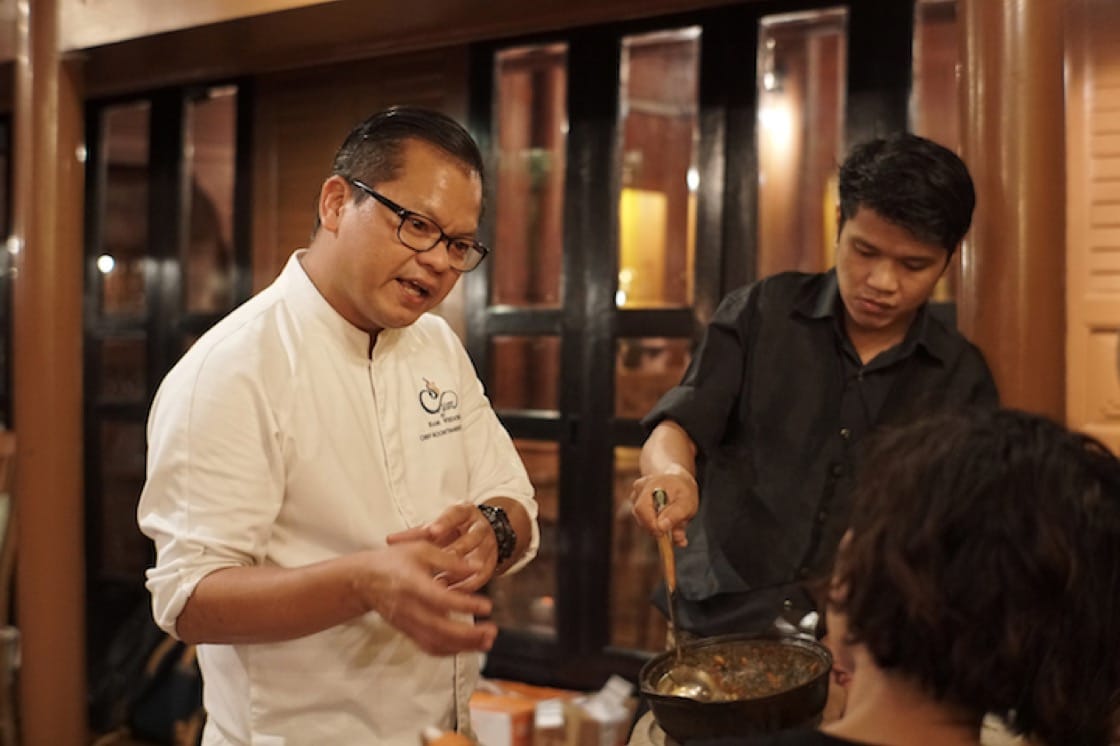 Chef Noom tells the story of the lost recipe to diners at Chim By Siam Wisdom (Pic: MICHELIN Guide Digital)
“There are so many condiments and it requires a lot of cooking methods to make each component,” says the chef. “Tom yum goong is easy to make — just boil the soup, cook the herbs, put in the prawns, season to taste and you’re done. In comparison, this is a dish that requires a lot of intention and detail.”

The Tom Yum Plachon Bo-Larn is served as a soup course, uncovered table-side and then portioned out for guests. The chunky red soup is as spicy as it looks, but the heat is matched by other riotous flavours of sweet, smoky and rich. It is not as sour as the more common tom yum goong. The broth is thick with white chunks of snakehead fish, crushed herbs, shallots and some rice such that it takes on a porridge-like consistency. The soup packs a punch and is best eaten with white jasmine rice, each serving individually steamed in tiny clay pots so that every grain is imbued with a floral fragrance.

The reputation of the chef's signature dish so far precedes him that most guests who come to Chim By Siam Wisdom, whether local or international, will order the Tom Yum Pla Chon Bo-Larn. "I don't mind that people recognise me for this dish. I'd say about 95% of people who've tried this have enjoyed it and because of it, get excited about my style of cooking and the rest of the dishes on the menu as well."
RELATED: My Signature Dish: Wolfgang Puck’s Smoked Salmon Pizza

The Dutch chef known for his outspoken support of the environment issued a social media challenge to motivate industry peers to place plant-based menus at the forefront of their operations.