“Many times people have told me, you cannot do anything in your life,” says Manav Tuli, who describes his younger self as “a backbencher who wasn’t good at anything.”

When Tuli found out that he had scored 42 percent in the national exam in his final year of high school, he went to a barbershop and had his head shaved. “In India, you only shave your head if your dad passes away,” he shares. “But I was so angry about everything. My dad saw me that day and didn’t say anything. He understood what I was going through.”

He remembers taking his first trade test at Trident Udaipur. “The gajar ka halwa was burnt, rice was overcooked and butter chicken was nowhere close to a butter chicken. But the chef who gave the test also said, ‘I don't know why, the guy has taste in his hand.’” Tuli was offered a position on the spot.

“The moment they promoted me from the cafeteria to the curry section, that’s where it all started,” recalls Tuli. “For once in my life I wanted to learn something, and that was Indian cuisine. I felt good about it.”

Because it also felt right. “I’ve always had a soft corner for Indian cuisine,” he says. “Whenever I see Indian chefs cooking another cuisine, nothing against them but, I could always see someone above them. And they could never say, ‘This is my cuisine.’”

RELATED: What Our MICHELIN Inspectors Say About Chaat 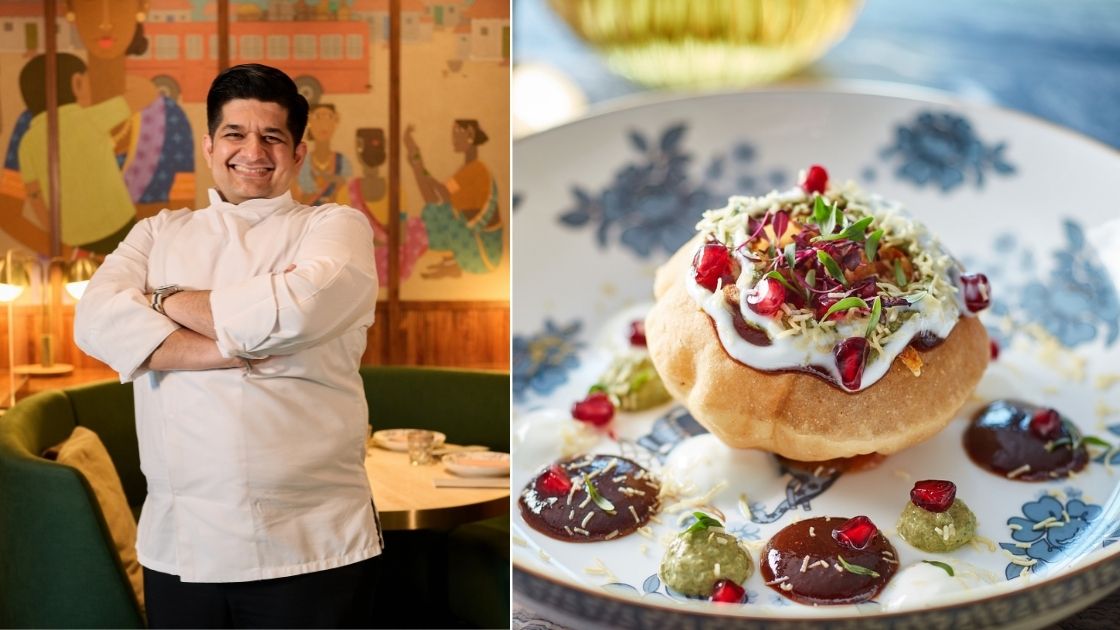 Recognised by MICHELIN Inspectors for reimagining “classics from all over India with finesse and acumen”, Chaat received its first MICHELIN Star in the MICHELIN Guide Hong Kong Macau 2022.

Meaning “to lick” in Hindi, "chaat" also refers to a broad spectrum of savoury snacks that are commonly found on the streets of India. Street food favourites such as raj kachori, samosa and kulfi kebab are mainstays on the menu, while the curries are inspired by ancient recipes by royal cooks and refined with contemporary presentation.

When asked which dish at Chaat he is most proud of, Tuli answers without hesitation: the tandoori wagyu beef cheek. He recalls his stints at Chutney Mary and Tamarind in London. “I would tell them I want to do a beef dish, but they would tell me it’s not right to do it in an Indian restaurant. They didn’t even let me try.”

“Within six months in Hong Kong, I knew in my heart that I was meant to be here. I was given a blank canvas. I painted it, and this was the first time I could express myself the way I’ve always wanted to.”

“I think I’m just getting started. The more I discover [about Indian cuisine], the more I feel like I don’t know anything,” he shares. 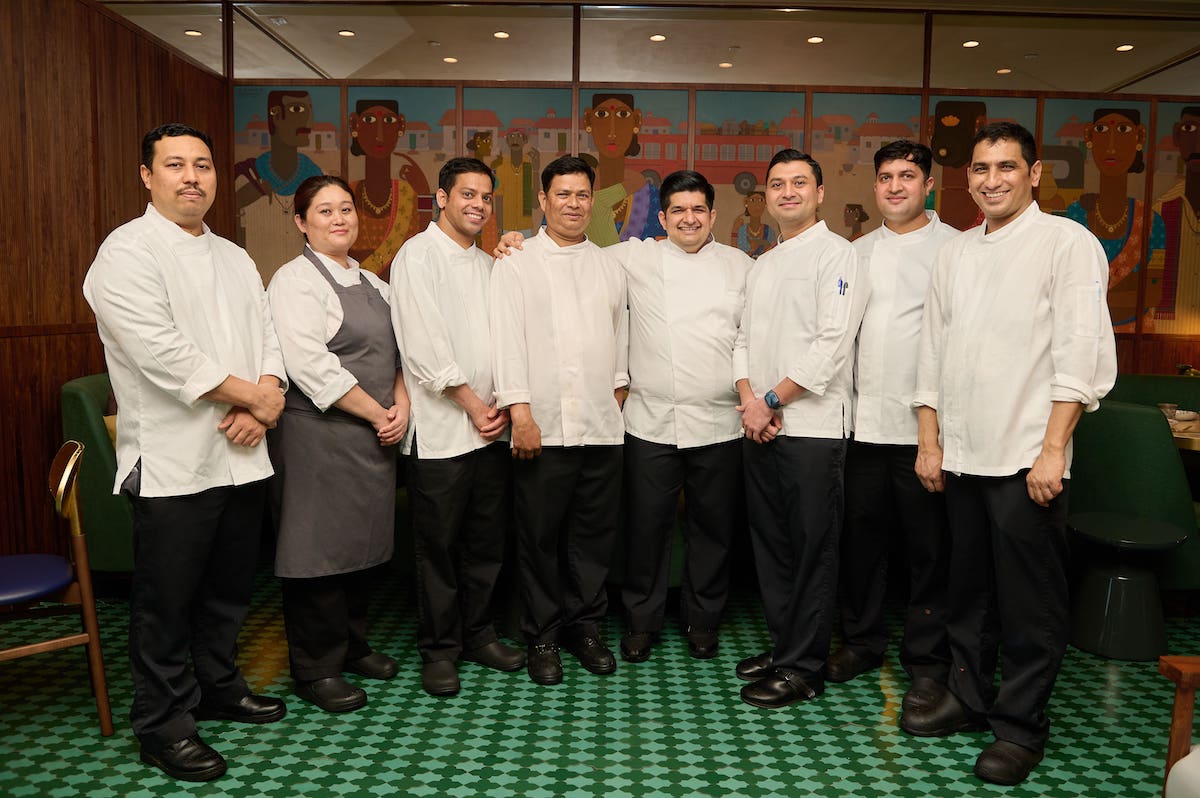 “A few of my guys [in the kitchen] used to tell me, ‘We have been in Hong Kong for so long that we have forgotten what Indian food is because what we cook here is not Indian food,” says Tuli. “So I asked them, ‘What do you want to do?’”

“‘Let’s cook good Indian food.’ That's what they told me. I was taken by that particular comment,” he says. “In London, I had to beg my team to cook good food. But here, I have a team who really wants to learn something. And I’m not talking about young people, they are in their 40s and 50s. They are telling me that they want to make a difference in their lives because they haven’t done anything good for Indian cuisine.”

“I was amazed. Even if I can’t do anything, at least I’ll teach or show them all that I have learned. We did many trials and realised that refinement and balance were lacking [in Indian food] in this city.”

Tuli reveals that the winning formula comes from controlling the chilli. “Not so much that it is non-existent, but I have tweaked it to a level where it is there but it doesn’t hit you. If you eat the vindaloo, it will hit you slowly. I learned to get it right through trials.” 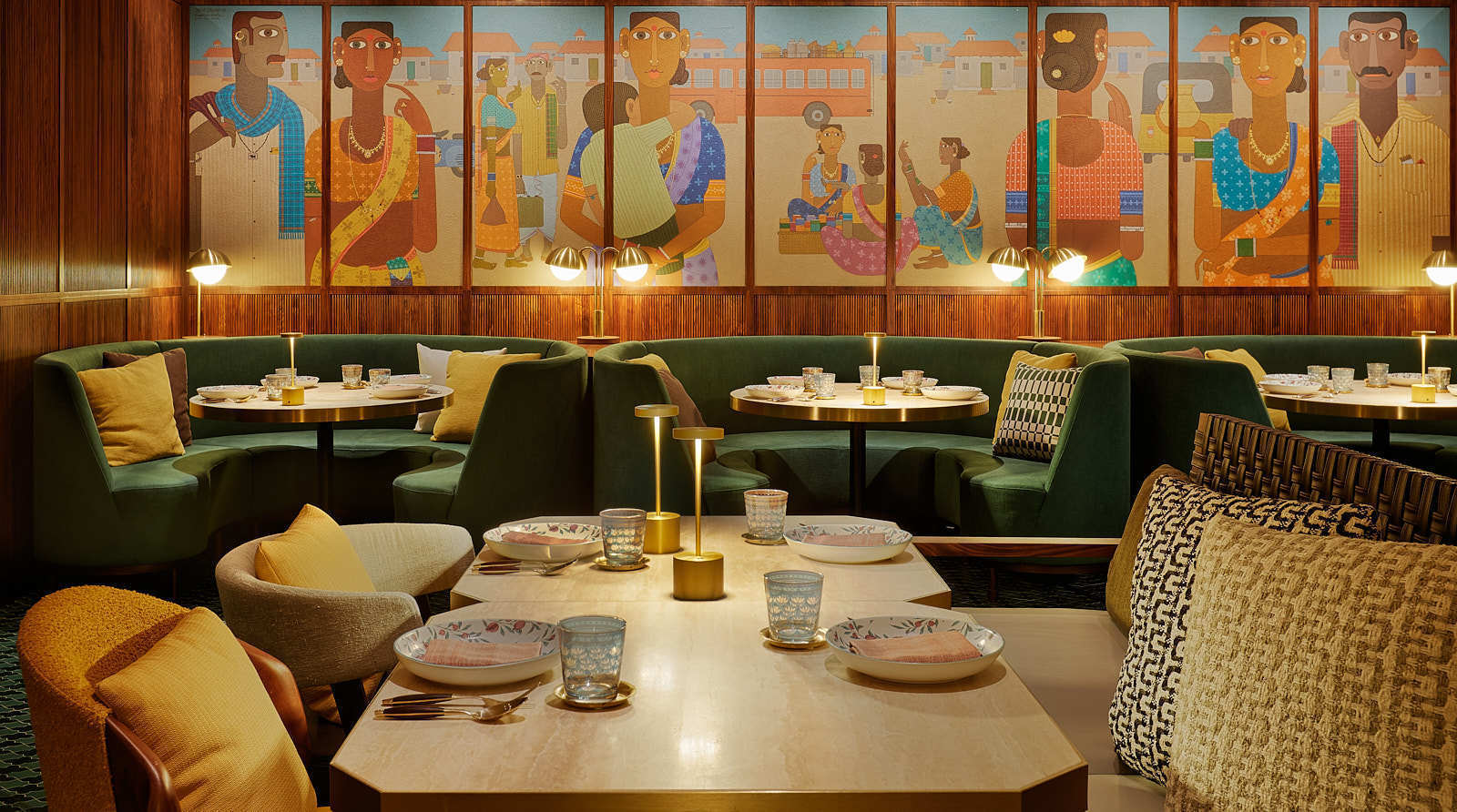 When did you first hear about the MICHELIN Guide?
In my second year of hotel management, a teacher called Ranjith Pillai gave all the students a black and white handout. The pages had pictures of chefs like Charlie Trotter, Wolfgang Puck and Marco Pierre White. He said to us, ‘These are the gods of kitchen. If you ever decide to become a chef, these are the guys you should follow.’ I must have read that handout at least a hundred times. I used to carry it everywhere because that is what I wanted to be.”

What motivates you to get out of bed every morning?
I’ve asked myself this question many times, especially when the restaurant is busy. When I serve food to my customers and they tell me, “Chef, this was one of the best meals I’ve ever had.” That’s what I get up for.

When I was a child, I used to love sketching. I think that child is still there and, in a way, I’m able to satisfy that child in me by sketching on my plate every day.

What does the MICHELIN star mean to you?
This is the day we’ve all been working for. The MICHELIN Star is the dream for any chef. I used to think MICHELIN-starred chefs are like gods, you can always see them from far away but you can never touch them. I feel rewarded with that kind of eternity.

The MICHELIN Star also gives us pride and acknowledgement that we’ve done something right. We’ve been through a very tough time in the past year but we never let go of our standards. It gives me more confidence to always do the right thing.

What’s next for Chaat?
I want to serve things which are not so common, like introducing the history of Indian food and royal dishes. I would love to bring in new ideas because I think people would listen to me now. Many times in my life people have told me I cannot do anything in my life. But it doesn’t bother me anymore.