Franco Pepe is a living patron saint of pizza-making. Born in the city of Caiazzo in western Italy to a family of bakers, he grew up watching his father work the dough and spent his time out in search for fresh ingredients. Now taking up the torch — or rolling pin — from his folks, he adds an experimental spirit to his undertakings. The most special attribute of Pepe’s pizza is the soft texture resulting from the high moisture content in the dough, which reaches 70%. With his rigorous control of temperature and baking time, his restaurant Pepe in Grani in Italy stood out from its peers and ranked was ranked the top pizza in the 50 Top Pizza awards in 2018.

Recently, Franco Pepe has brought his Geneva-based Italian restaurant Kytaly to Hong Kong. Among the 19 deftly baked options is the Margherita Sbagliata (or the “wrong Margherita”), which has been named the Best Pizza in the World from 2016-2018.

Having seen the definition of the pie stretched to a whole range of shapes, toppings, thicknesses and cooking methods, the maestro of pizza spoke about his favourites and what to pay attention to while hunting down the best pizza. 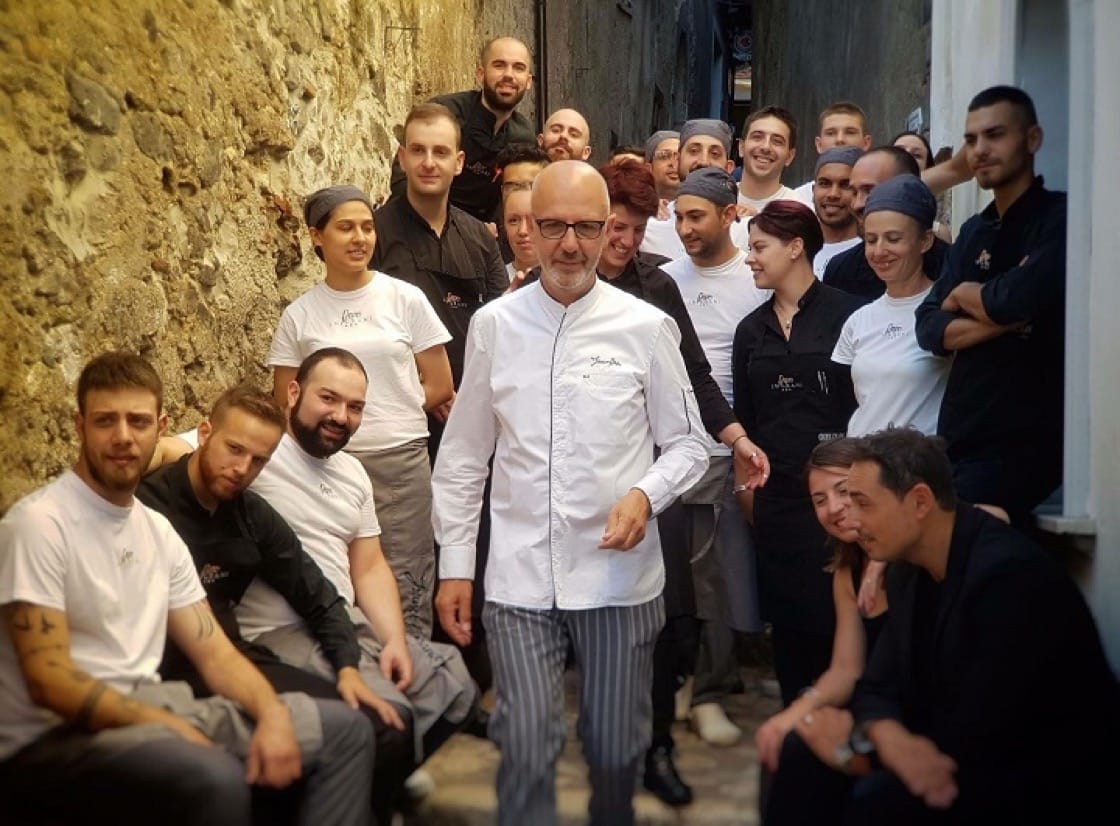 Inheriting a close connection with dough from his family, Pepe has his rules in making pizza.

Do you prefer round or rectangular pizza?
Shape isn’t the deciding factor of a pizza’s quality. Round and rectangular pizzas are both great. But my personal favourite is the classic Neapolitan round pizza, just like the one we sell at the shop. For rectangular pizza, the dough needs to be roasted on a frying pan at a different temperature, so the crust gets crunchier and thicker than the traditional round pizza. I recommend trying both varieties, in order to understand that even with the same dough, the outcome could be totally different when it is cooked at different temperatures.

Should a good pizza be handmade or machine-made?
Some people use specific dough kneading machines to make pizza. The machine would do all the hard work and combine all the ingredients together. But that’s not my style. I choose to knead the dough by hand. I am the third generation from my family to work in this industry. Hand-kneaded dough is absolutely a tradition. My grandfather did that in the 1930s; my father worked the dough with his hands every night in the 1960s; now I, and my son, would carry this tradition forward.

Kneading by hand helps you bond with the dough better. Through touching and feeling, you would understand the transformation of flour. One would completely lose this ability to feel the subtle changes of the dough if he used the machine do the kneading. I believe there’s additional value in hand-kneaded dough. It does a better job delivering the feelings of the pizza maker. 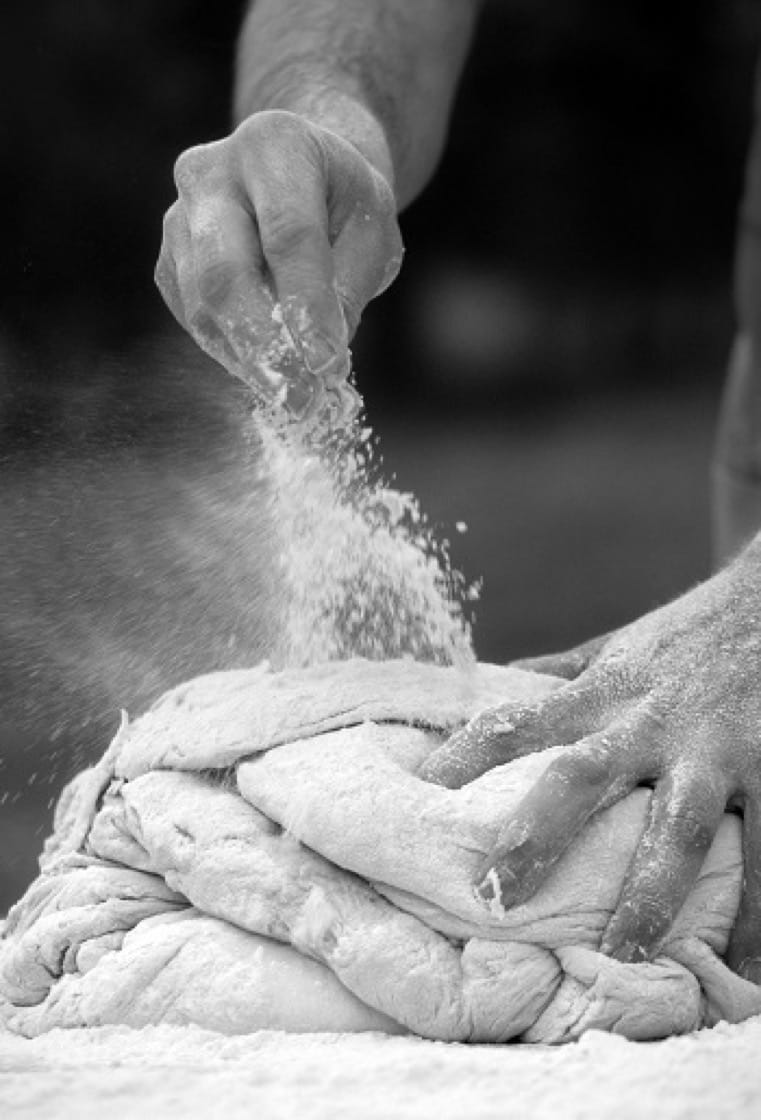 Do you prefer Neapolitan pizza or Roman pizza?
You can’t judge if a pizza is good or not simply by the fact that it’s Neapolitan or Roman. They are so different in terms of taste, shape and overall style. Whether you are in Naples or Rome, you would encounter good pizzas and bad pizzas.

Pizza is so popular in the world nowadays. Everyone has his own way to taste and interpret it. My pizza isn’t considered to be the traditional Neapolitan style, but it represents my family and the family’s baking journey over 80 years. “Good” is a relative concept. It shouldn’t be applied to different types of pizzas. Differences in style and mode of preparation make different pizzas.

Nowadays, pizza can also be made with modern technology and science. The role of a pizzaiolo and the perception towards the profession has changed as well. However, a good pizza is a good pizza. It can only be created with skills after lots of trial and error. For the general public, I believe they should challenge their taste buds with various tastes, feelings and styles before finding out what they like the most.

Do you prefer the crust to be thick or thin?
Some pizzas have an oversized crust; some have none of it. I like the medium. The crust on the outside should be well-proportioned with the toppings inside. 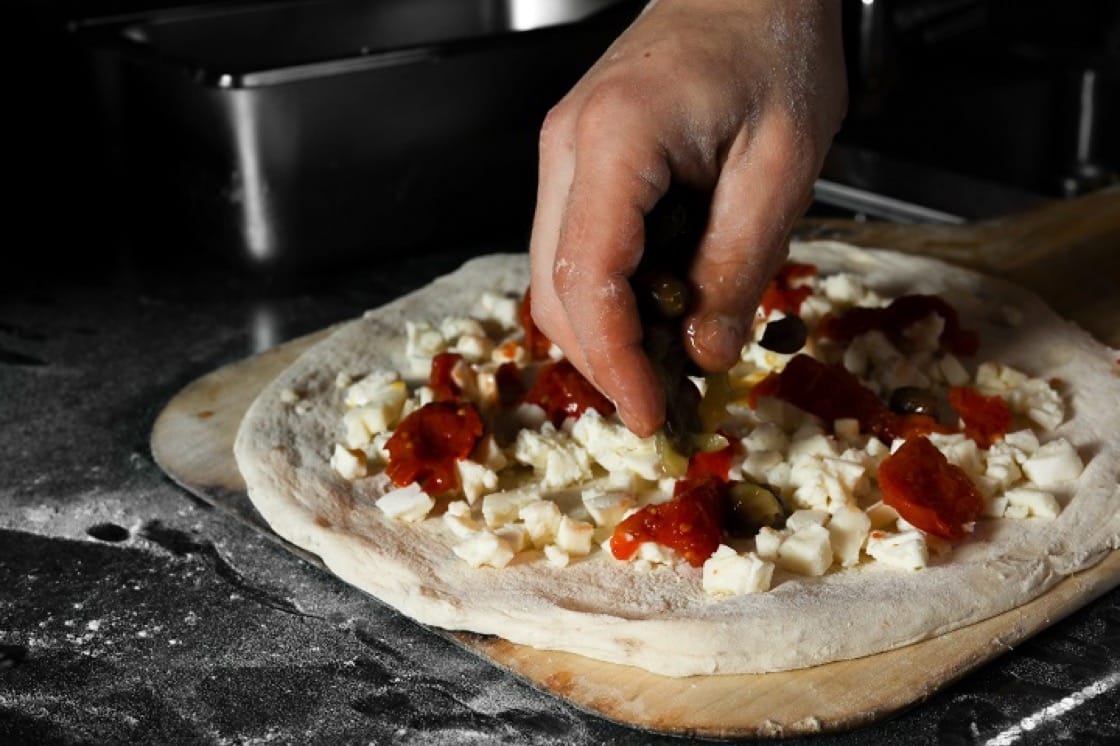 Do you prefer eating alone or sharing with someone else?
Both are fine. You can taste it alone and make comparisons. I suggest the latter — assembling a group of six to seven people, ordering six to seven types of pizzas, and taste a slice of everything. In this way, you can observe, compare and exchange ideas, judging the taste with multiple perspectives.

Personally, I like the second option better, because this gives me the chance to taste six to seven kinds of pizzas in one go. It’s a great gastronomic experience. It’d be even better to pair it with red wine, champagne or craft beer.

This story is written by Hsieh Ming Ling and translated by Vincent Leung. To read the original article, click here.
Advertisement
Advertisement

5 Questions With Daniel Kubini On His Wine Cork Art