From Portugal to Japan

In the 16th century Muromachi period, Portuguese Catholic missionaries to Japan brought with them the Western-style cooking method of coating foods with flour and then frying them. Thus began the history of tempura in Japan. It’s interesting to note that it arrived at the same time as wine, via Japan’s trade with the Western powers of the day and their Asian colonies (collectively referred to as “Namban” in Japan).

Nagasaki tempura derives from Namban cuisine, and first appeared in the late 16th century Azuchi–Momoyama period. Sugar was mixed into the flour, and the ingredients were covered in thick batter containing sake, then fried in lard. As the batter already contained seasoning, the tempura was eaten as-is. This tempura was somewhat similar to Western-style fritters. Today’s Japanese tempura is said to have begun with Nagasaki tempura.

In the 17th century, the flow of culture, including culinary, was from west to east, spreading to Kyoto and Osaka (a region otherwise known as ‘Kamigata’). Covered in batter and fried, tempura was called ‘tsukeage’, and it is thought that in Kyoto, where vegetables were so common, sesame and other vegetable oils were used for the deep frying. The region’s close ties to Buddhism, which forbade the eating of meat, meant that only vegetables were used in tempura. Vegetarianism is called shojin in Buddhist parlance; so, the tempura, too, was called ‘shojin tempura’. However, in western Japan, kamaboko fish paste fried without batter is also considered tempura. 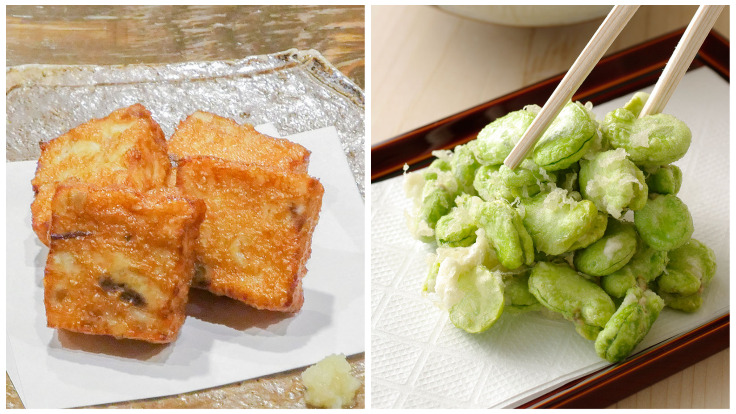 Tempura arrived in Edo (current-day Tokyo) in the late 18th century. Soba and unagi were the most popular dishes there at the time, so street vendors started offering tempura as the third most popular dish. The risk of fire when cooking tempura also meant it was a good fit for outdoor stalls. Seafood was the main ingredient because of the ready availability of fresh fish, and sesame oil was used to get rid of the fishy smell. The modern practice of adding water to the flour began in Edo. Skewers were used to avoid getting greasy hands, and the tempura was served with daikon oroshi for its refreshing taste.

Let’s take another look at the differences between eastern and western Japan when it comes to tempura. Batter in Kanto (the east) is made by mixing flour with eggs and water, and the tempura is fried quickly in high temperature sesame oil. In Kansai (the west), no eggs are used, and the tempura is fried slowly in low temperature salad oil. In Kanto, the custom is to eat it with daikon oroshi and dipping sauce, whereas in Kansai it is eaten with salt. Of course, this is just tradition; today, tempura is borderless and how it is served depends on the owner-chef’s approach and ideas. Having developed into what it is today from a technique brought to Japan from the West, tempura continues to evolve to this day thanks to outstanding Japanese artisans. 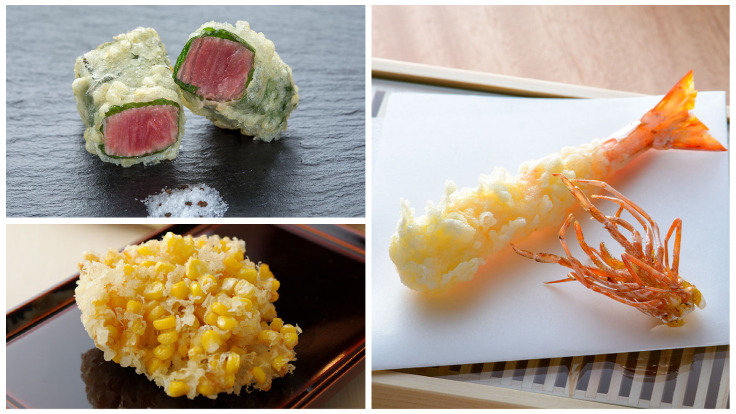 Restaurants related to this article:
https://guide.michelin.com/jp/en/search?q=tempura