Steamed fish is a mainstay on most Hong Kong families’ dining tables. In the more extreme cases, some families (including mine) see it as almost a religion or an obsession. From the fish’s price range, freshness and the heat of cooking, not a tiny mistake is tolerated. Those seconds of overcooking could drag the mood of the whole meal down.

Knowing how much importance steamed fish carries, what should we do to ensure it’s cooked properly? We talked to chef Leung Fai Hung, Chinese executive chef of the InterContinental Grand Stanford Hong Kong, about his secrets in making an enticing plate of steamed fish.

Chef Leung Fai Hung, Chinese executive chef of InterContinental Grand Stanford Hong Kong, has many tips on preparing steamed fish up his sleeve.
What do you take note of while purchasing the fish?

A live fish should have a shiny body with sharp colours and be animated in terms of eye expression and movement. Don’t choose the ones with damages on the body or fins, as it’s the sign for pressure, fight or sickness, all of which affect the quality of the meat.

As for distinguishing wild sea fish from the farmed ones, it really comes down to experience. Usually wild fish look lighter in colour with a tad of pale yellow. This applies to camouflage grouper, tiger grouper, green grouper and mud grouper. The only way to tell is to keep looking at and comparing different fish, or buy the fish from a trustworthy fishmonger.

Given the large sizes, the likes of giant grouper and large green grouper are usually sold filleted. Touch the piece of fish meat lightly to test its freshness; see if it bounces back when pressed. It should also look shiny and feel not slimy. If you have an oversized fish that can’t fit into the wok, consider chopping it up and steam it plain or with soy sauce. It’s not the ideal treatment, since some fish oil would be lost. But it has its own merits. I once got brought a fish home weighing six catties, and we prepared it several different ways. That was a legitimate treat.
Advertisement 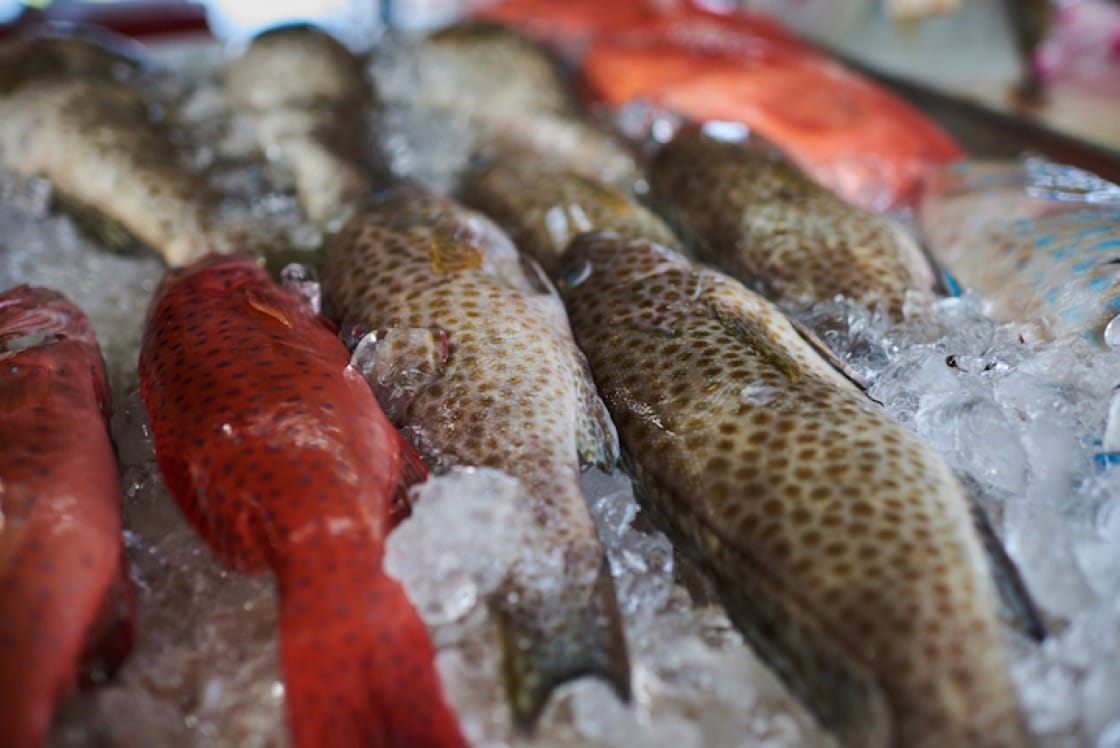 The only way to tell between wild and farmed fish is by experience.
Should we let the fishmonger butcher the fish?

Theoretically it’s better to do it yourself at home. But considering many modern home kitchens are small and under-equipped, and it’s nearly impossible to find sea water to keep the fish alive, I’d rather ask the fishmonger to help. Butchering fish should take place when it stays still. If it gets killed at an overexcited state, its flesh would tense up and decrease the overall quality.

What should we do before steaming fish?

Take the fish out from the fridge around 15 minutes before steaming. Make sure it’s completely scaled. Score the back and the belly of the fish, and pierce some holes on its body. This would result in an even distribution of heat.

What are some common ingredients when preparing steamed fish?

Plain steaming: steam fish with only spring onion, chicken oil and fermented black soybean sauce, it's suitable to most fish. 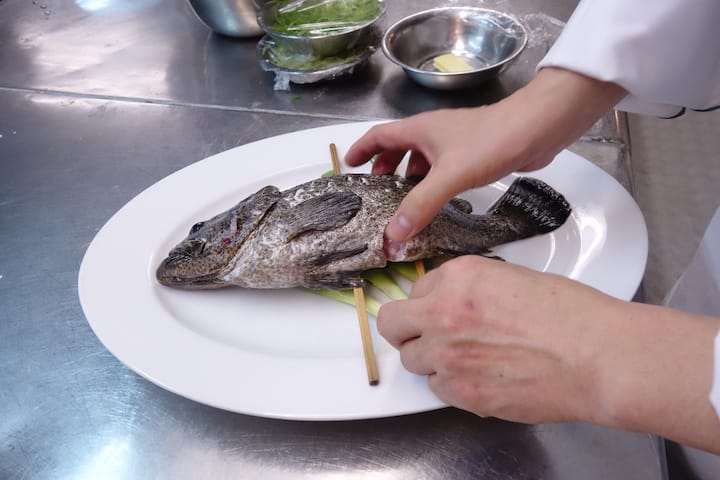 The chopsticks and spring onion under the fish are the key for steam circulation.
What should we pay attention while steaming the fish?

Air circulation is the biggest factor in steaming fish. Putting chopsticks and spring onions under the fish helps achieve this goal. Spring onions also evict the fishy taste from the fish. Simply use it along with ginger and chicken oil. Chicken oil gives the fish a smooth texture and lavish fragrance. You can also substitute it with cooking oil, or not add any oil to the steamed fish. The steamed fish at the restaurant isn’t much different from the ones you make at home. It’s all the equipment that makes us look more professional.

There’s a standard formula in steaming fish. A fish at one catty takes six minutes to steam. Double the size, double the time. Certainly, it’s just a rough estimate, and should be adjusted based on the situation. For instance, the power of the heat source differs from one family to another. Even the plate’s thickness has a role to play. Finally, don’t take the lid away when the fish is steamed. The loss of hot air and drop of temperature are enemies to delicious steamed fish. 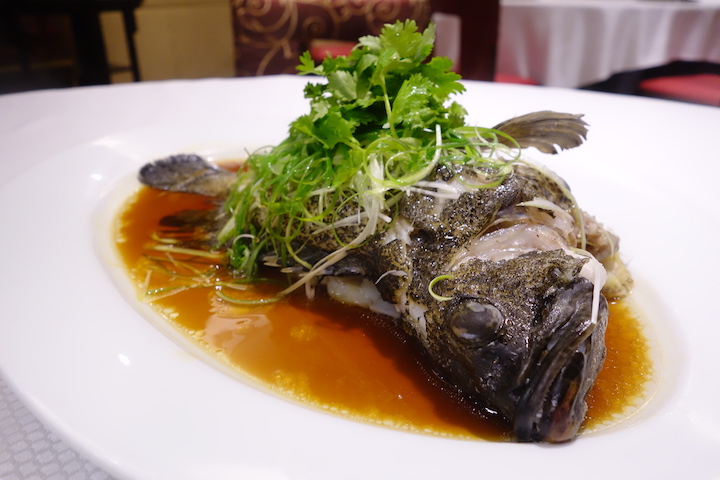 Well-seasoned soy sauce could elevate the aroma and flavour of the fish.
How much should we really steam the fish?

The desired doneness of steamed fish has changed over time. Smoothness is preferred by the older generation, so much so, that they wanted the fish to be cooked to just 80%, using the residual temperature in the fish to finish the cooking process, which could take place while it’s being eaten. The flesh at the core sticking to the bones was a sign of precise cookery. But the golden standard of the old days could lead to returned orders now. The contemporary diners like to have the fish fully-cooked in the kitchen.

If you realise the fish isn’t steamed enough when it is served on the table, the only solution is to reheat it. Such a situation is less than ideal, because this would unavoidably weaken the original flavour and sweetness of the fish. Instead, remember to use a chopstick to pierce the fish before it’s taken off the wok. If the chopstick goes through without resistance, it means the steamed fish is good to go.

How do you prepare restaurant-standard seasoned soy sauce?

Take the juice left by the steamed fish and add 1.5 parts of soy sauce and a bit of sugar. Heat it up and pour the sauce over the fish covered with spring onions. It immediately elevates the umami of the whole dish. This homemade blend beats your store-bought seafood soy sauce any day of the week.

Which types of fish have disappeared from our dining table?