He achieved One Michelin Star at his London restaurant Story in 2013 aged just 26 and, eight years on, he’s just won his second. We speak to chef Tom Sellers about Michelin Stars, beans on toast and what life will look like when lockdown ends.

How did you feel when you found out you’d won a second Michelin Star?

When I got my first Star it was before Michelin held award ceremonies and I remember sitting on a park bench that morning waiting for the Guide to be released.

This time, because of the pandemic, it was via Zoom and I was alone so it felt kind of surreal. Meanwhile, my team were all on a Zoom call together. When you have worked so hard for so long with a group of people who share a common goal you want to speak to them. Joy, happiness – you have mixed emotions. It takes a few days to process it.

What has been the reaction of your friends and family?

My loved ones have been on the journey with me from the very beginning – for the good times and the challenging times, all the way back to when I was a young boy, so they were super happy, especially as they know how hard we’ve worked these past few years.

Did it feel sweeter because it happened during the pandemic? Going through such a tough period of time, you reassess what you value, what you’ve been working for and who you’ve done that with. Then when we were told, it felt like a moment of ‘If you believe in yourself and work hard, anything is possible’. 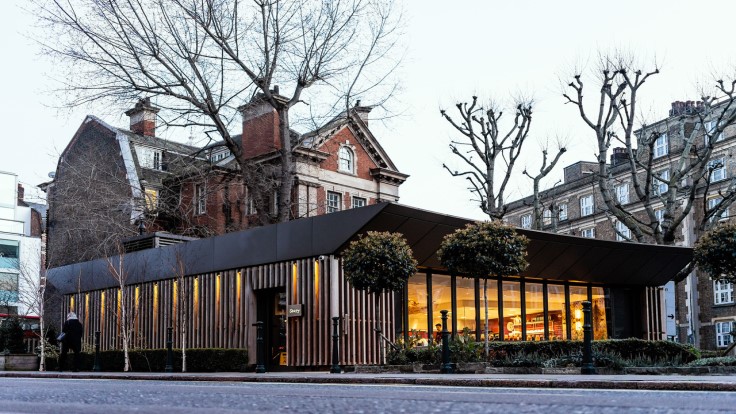 How would you say your cooking has evolved over recent years?

One of the most beautiful things about cooking is it reveals everything about the people who engage in it. My understanding of ingredients and produce has grown, as I’ve grown as a person. Over the last couple of years, I’ve also been looking at things through the guests’ eyes more.

Who has been the biggest influence on your career?

I think everyone I’ve worked alongside during my career has inspired me. I’ve been fortunate enough to work with some amazing chefs: from Tom Aikens and Thomas Keller to René Redzepi at Noma. Not only did I benefit from their tutelage and seeing how they look at food and restaurants, but all of them also played a huge part in instilling the belief in me that I could do what they were doing.

My parents have been a huge support inside and outside of the kitchen. They’ve always done whatever they can to help me and have been very forgiving of the sacrifices I’ve had to make over the years to achieve what I’ve wanted to achieve.

The biggest driver for me now is my own team: they drive me as much as I drive them. I feel very lucky to have this amazing group of people: on the floor and in the kitchen and in the office. Every day they strive to be better; they are as engaged as they’ve ever been and the journey isn’t over yet. 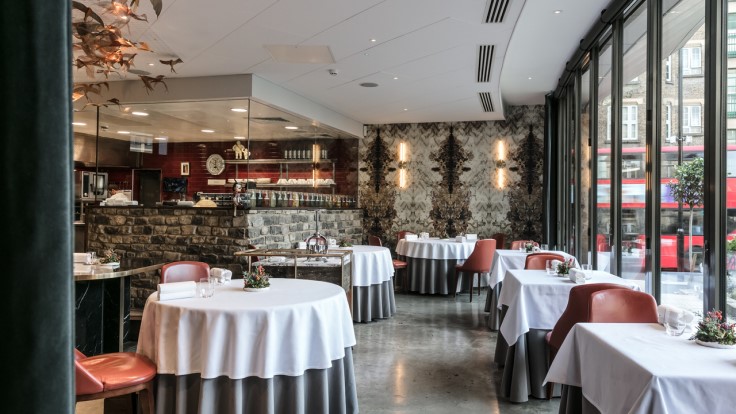 What’s your process for creating new dishes? Where do you get your inspiration from?

I’ve always been a big believer in the idea that you have to look back to go forwards. You have a certain blueprint about how you look at food, which comes from where you’ve worked and who taught you and then you go on your own journey of discovery.

It starts with the produce. We’ve worked very hard over the last few years to establish a very diverse and personal supply chain which I think is very important. It’s then up to us to give the best representation of that produce.

At Story, we’ve always strived to fold in some narrative around the food, hence the name. People sometimes take it on a whimsical, obvious level; that we are going to tell a story through food and there are certain elements of our cooking that are playful like that, for example the dish based around Paddington Bear’s favourite snack – but it’s the whole story that’s important.

So you think about the collective group of people and where we’ve worked; why we are cooking that particular dish and what time of year it is. Being in Britain, we try to champion seasonal British cooking; ultimately it’s about respecting and understanding the ingredients and making sure we cook them to the best of our ability.

What dish would you say most represents you and your style of cooking?

People talk a lot about the candle. I think that in terms of instilling narrative and being inspired by what makes you you…it’s a very working class dish – bread and dripping is what my father used to eat when he was a child. It’s been on the menu since the beginning but it’s also progressed so much over the last eight years. 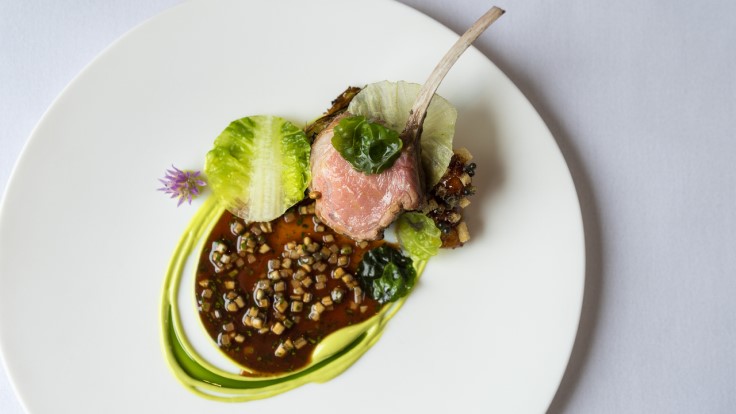 Any favourite restaurants? Where do you like to eat when you’re not working?

There’s so many all over the world but if you’re talking about an experience or a journey then the best meals I’ve had in my life have been at Frantzén in Stockholm. Björn is a fantastic chef.

I remember eating there two years ago with Tom Aikens. I went there for lunch, flying there and back in the same day, and I remember coming out and being annoyed at how good it was. Also, it put things into perspective for me in terms of where we could get to, what we were doing well and what we potentially weren’t doing so well. I love Björn’s approach. You feel very much at home in his restaurant and I really liked that – and how everything you ate was just so full of flavour.

From a nostalgic level, my favourite years were probably at Per Se with Thomas Keller. I fell in love with New York and really enjoyed my time there so that will always have a special place in my heart.

When I’m out in London there are so many amazing restaurants, whether I’m grabbing a slice of pizza or I want a Chinese. But to be honest, if I had the choice I’d sit in my house with my dog and eat beans on toast – with a spoonful of English mustard, some cheese and black pepper.

How have you been occupying your time during lockdown?

When the pandemic first hit nearly a year ago, I spent the first four to eight weeks working out how best to protect the business, the restaurant and the staff. After that, I actually took the time to remove myself from food a little bit. I opened Story when I was young and this was the first opportunity I’ve had to look at myself and focus on other things: I read quite a lot, I spent more time with my dog and I went on a bit of a fitness regime.

I’m lucky I’ve got a small network of friends that I’m close to and we all supported each other through lockdown. I did weekly cooking classes on Zoom for them and one of our guys did a PT session in the morning that we could all jump on. We did quizzes and stuff like that to stay active mentally.

I think when you go from working 16-17 hours, six days a week, to nothing it’s a big transition. I did a lot of thinking and it realigned some of my values and made me appreciate different things. You have to try and look at the positives that come out of such a challenging time. 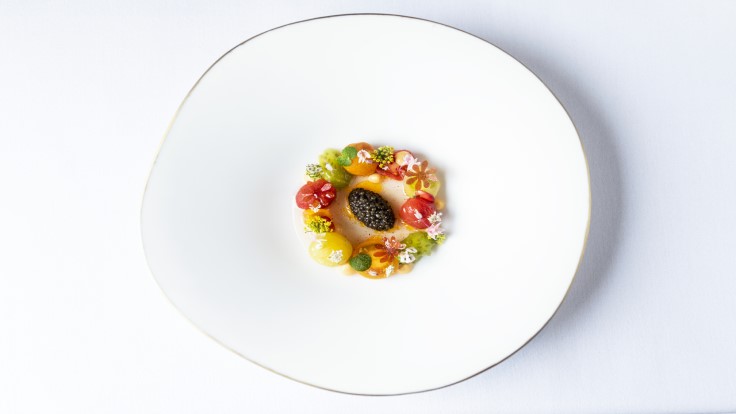 What are you most looking to when things return to normal? Do you think dining out will be different?

I don’t think it will ever be the same again – but I don’t know what that will look like in terms of details. What’s amazing about humans though is their ability to adapt so I don’t see it being an issue for anyone. I’m looking forward to doing all the things we took for granted before, like being able to go out and meet people for a cup of coffee, or go to restaurants or to the shops.

I’m most looking forward to getting back into the kitchen and being with my team and continuing the journey. It’s been such a stop-start year so it’s been very frustrating, but you have to stay mentally strong and remember why you started.

As a group of people, we’ve achieved a great thing this year and I want to make sure that we take a moment to understand that and absorb it in the right environment – which is within the restaurant with our guests.

I’ve always said that there are three chapters to this story. Being able to get back to doing what we do can’t come quick enough.