Throughout history, food and drink have always brought people together. We take a look at some of the UK and Ireland’s most historic restaurants… from those that started as stalls in the market square to former coaching inns providing sustenance for weary travellers, these are places where you will certainly get a side of history with your meal. 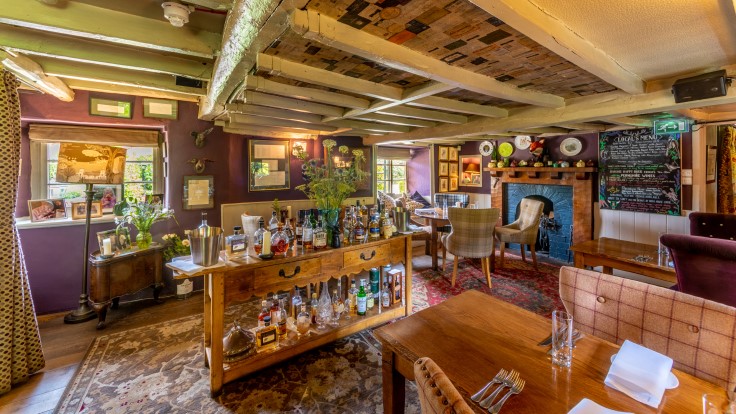 Star Inn at Harome, Helmsley
This 14C thatched pub brims with character courtesy of low beamed ceilings and fires burning in the grates – head up to the Coffee Loft to view the building’s cruck construction. The restaurant might have a plush, luxurious feel, but this is still very much the village local, so you’ll find plenty of regulars in the characterful bar designed by Robert ‘Mouse Man’ Thompson. Rich, gutsy dishes are the perfect match for the surroundings.

Queen’s Room at Amberley Castle, Amberley
This breathtaking castle simply oozes history. The current building owes its origins to a timber-framed hunting lodge built in 1103 which, over the next 400 years, was transformed into a fortified manor house with crenelations, battlements and a portcullis. The elegant 12C Queen’s Room comes with a barrel-vaulted ceiling, lancet windows and an open fire, and is so-named as Henry VIII’s wives all visited. Cooking, in contrast, is modern and artful.

French Horn, Sonning- on-Thames
Set on a bank of the Thames fringed by weeping willows, a spot on the splendid terrace of this 200 year old former coaching inn is a must. It was bought by the Emmanuel family in 1972 and is now run by their son and daughter. Tradition reigns at this English institution – you’ll find ducks roasting in front of the open fire in the cosy bar, a classic selection of dishes, and even a gueridon trolley to add to the theatre. 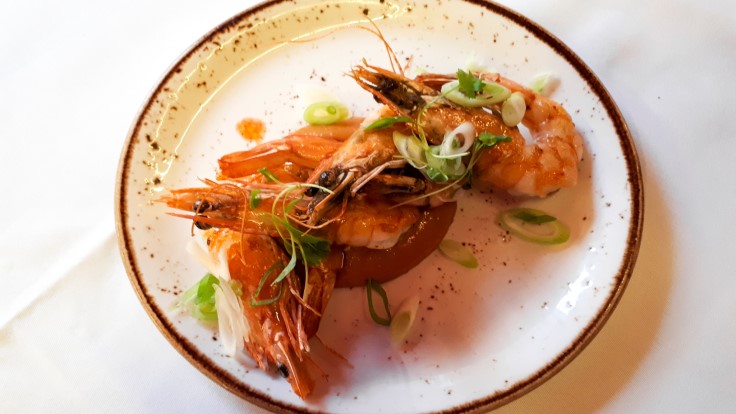 J. Sheekey, Strand and Covent Garden
Back in 1890, stallholder Josef Sheekey was granted permission by Lord Salisbury to serve fish and shellfish in St Martin’s Court, on the condition that he supply meals for Salisbury’s post-theatre dinner parties. J. Sheekey was born and, over a century later, retains plenty of Victorian charm. Every actor who has trodden the boards has enjoyed accomplished seafood dishes here at some point and its walls are festooned with photographs of those linked to the theatrical world.

Rules, Strand and Covent Garden
London’s oldest restaurant dates from 1798 and, although it has passed through the hands of three different families, is still named in honour of the man who set it up, Thomas Rule. Its history is well-documented both in its décor and on the walls, where you’ll find a fine collection of antique drawings, cartoons and paintings. Tradition continues on the menu, with oysters, pies and game from their own estate in the Pennines. 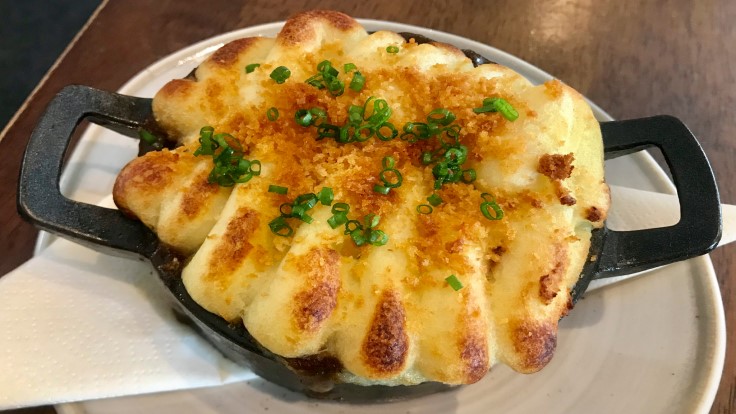 Auldgirth Inn, Auldgirth
500 years of history go before this Gothic-style roadside pub, where it’s claimed Robert Burns was once a regular. It’s one of the country’s oldest inns, is category B listed, and is warm and cosy with a welcoming ambience. Snuggle up by the lovely inglenook fireplace and enjoy everything from generously proportioned pub favourites to more adventurous combinations.

Hare & Hounds, Aberthin
The Hare & Hounds dates back over 300 years and comes with bags of character, from its solid stone walls to its wood-burning stove. The relaxed, friendly team add to the character of the place and the chef has a passionate desire to make this pub the most seasonal in Wales. Menus change twice daily and are led by produce from his 3 acre allotment, the family farms and his hunting and foraging trips.

Stonemill, Monmouth
Located in a small hamlet close to the Forest of Dean and the Wye Valley, this attractive 16C building – once a cider mill – comes with characterful exposed oak timbers, a vaulted ceiling, stone floors and an impressive cider press at its centre. Good value set menus list fittingly hearty, classically based dishes. 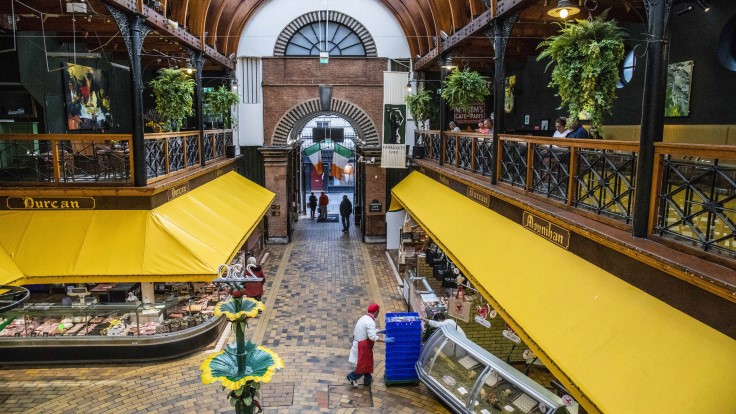 Farmgate Café, The English Market, Cork
The first floor of a bustling 200 year old covered market plays host to this popular, long-standing eatery. Original fittings abound and the unique décor is from a bygone age. The restaurant has something of a dining club atmosphere and there is nowhere else in Ireland quite like it. Hearty, homemade dishes showcase produce from the stalls below, as well as from the latest local catch.

Hadskis, Belfast
Somewhat hidden away, Hadskis stands in an old building in the up-and-coming Cathedral Quarter. It was once part of the area’s iron foundry, which dates back to 1760, and the restaurant is named after the original foundry owner. The interior décor might be modern but there’s still a real sense of history here. Menus showcase local market produce and focus on the chargrill.