All About Sea Cucumbers

Despite its eccentric appearance, the sea cucumber makes up one of the four types of prestigious dried seafood in Chinese cuisine, and is a fixture in some refined dishes celebrating Chinese New Year. Get to know the different facets of it, from selection to preparation.

Perhaps due to its unassuming physical characteristics, the complexity of the sea cucumber has often been overlooked. The oceanic creature has been living on Earth for more than 600 million years, developing 1,717 varieties which mainly reside in the Asia-Pacific region. They can be seen from seashore to the abyss at 8,000 meters below sea level. Of all the varieties, only around 40 are used for cooking, categorised into smooth-skinned sea cucumbers and ones with soft spines on the surface. 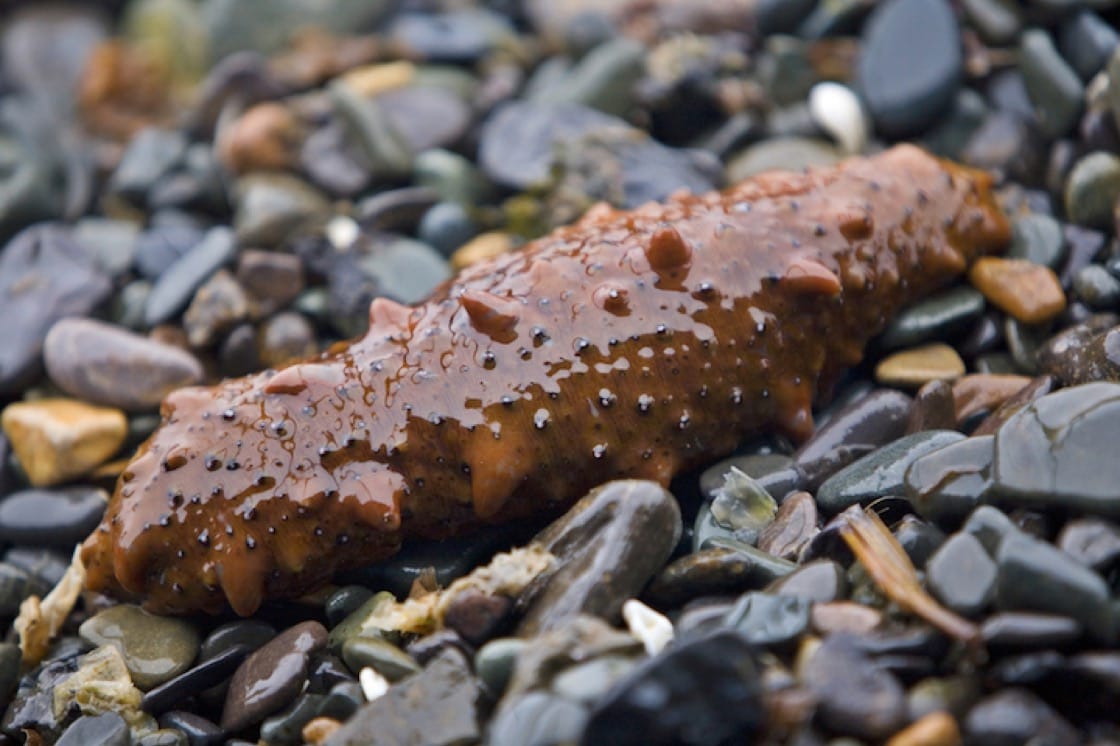 The History of The Sea Cucumber

In Chinese literature, the earliest documentation on the cooking of sea cucumbers was in the Ming and Qing dynasties. A book in the Ming dynasty notes its physical resemblance to men’s genitals, which might contribute to its popularity as an ingredient at that time, given the Chinese belief that one can reinforce a specific part of the body by eating food that are in a similar shape. The book also explains its name “sea ginseng” in Chinese, as the high nutritional value it possesses is comparable to its land-grown counterpart. A Qing book discussing the medicinal qualities of herbs and other food ingredients goes a step further, proclaiming sea cucumber’s ability to enhance the urological faculties of men.

Modern medical studies discover a different set of health benefits from the marine creature: not only is it low in cholesterol and fat, the sea cucumber also has high protein and chondroitin sulfate, which helps us grow and deter the aging of muscles. In addition, it can improve our immunity system, and the situations of anemia, diabetes and peptic ulcer disease.

Sea cucumbers were historically harvested in the coastal areas of Northeastern China, Japan and Korea. The small quantity available meant it was a premium ingredient in the kitchen. Options are much more abundant nowadays. Farmed sea cucumbers or the ones caught in Central and North America, Middle East, Australia and South Pacific can be found at low prices. Some sold in the markets are even soaked and ready to cook. On the other hand, the spiny sea cucumbers sought after since the ancient times are getting more and more expensive. Compared to the average varieties, they could easily be a few dozen times more expensive. 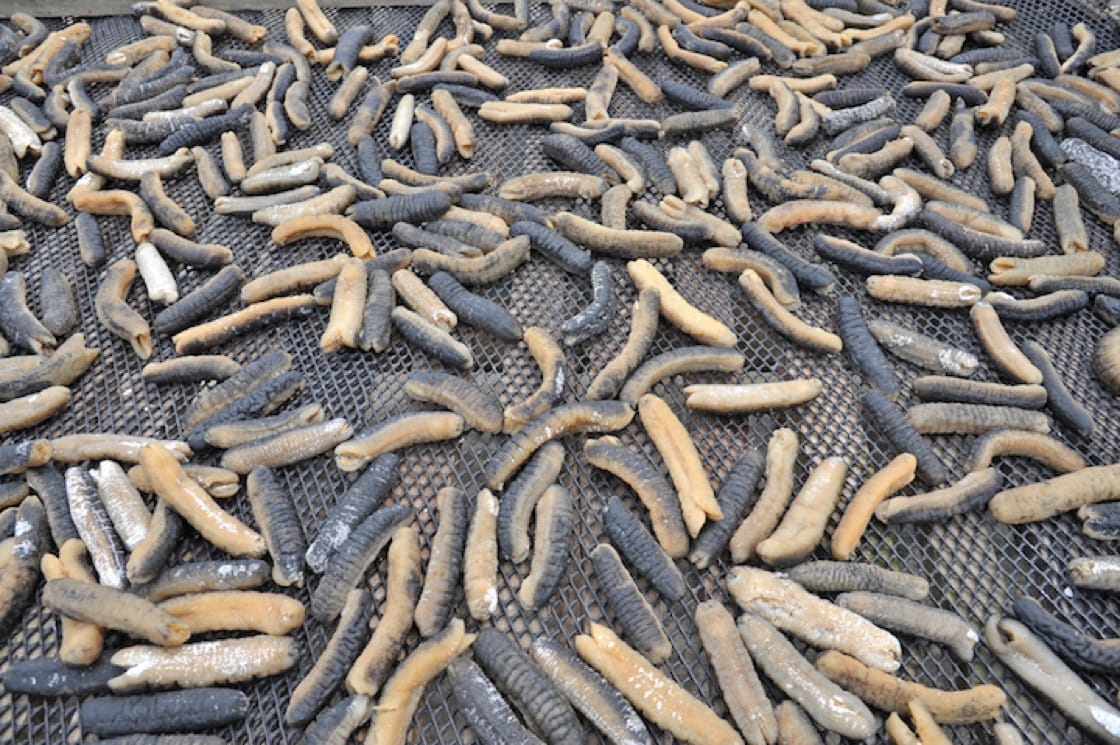 Sea cucumbers during the drying process.
How Edible Sea Cucumbers Are Categorised

Before transformed into a deluxe food ingredient, a freshly-caught sea cucumber needs to be gutted and dried. Even though the varieties available now are much wider, sea cucumbers can be roughly divided into the following types according to their prices:

Prickly Sea Cucumber
Prickly sea cucumber is dark and elongated, with soft spines grown throughout the body. It’s the most expensive among the three categories, beloved for the crunchy and springy texture. The main producers come from Shandong and the Liaodong Peninsula in China, the areas of Kanto, Kansai, Aomori and Hokkaido in Japan, as well as Korea. Japanese-grown sea cucumber boasts the largest size and highest quality, hence its higher price. In recent years, Mexico has emerged as a new exporter of spiny sea cucumber with decent quality and reasonable price.

Bald Sea Cucumber
Australia, Middle East and Africa are the primary origins of bald sea cucumber. It has a rounder head and plumper body than spiny sea cucumber. Beneath the grey skin is a thick layer of flesh that makes for a softer texture. 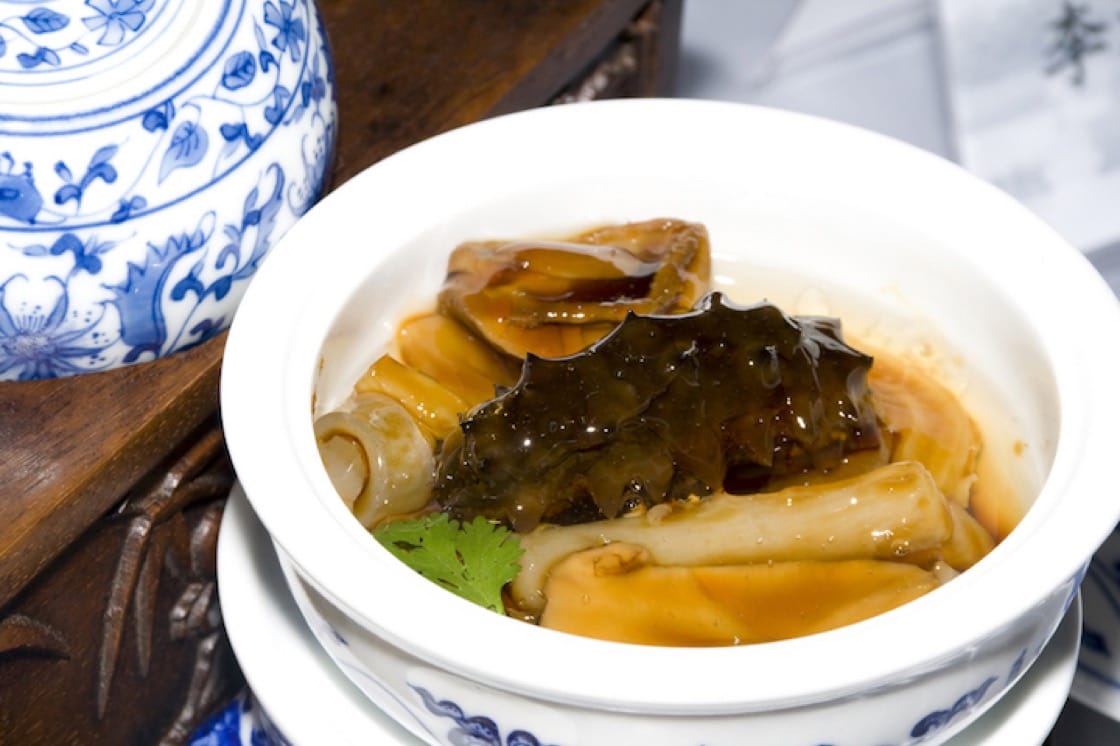 Sea cucumber doesn’t have much taste. Savoury ingredients can give deeper flavours through a slow-cooking or braising.
Storage and Soaking

Storing dried sea cucumber isn’t difficult—simply put them in a cool and dry place. Pack the sea cucumber and put it in the fridge if you are not going to use it for a long while. Depending on your preference, you can buy sea cucumber in various conditions—dried, soaked and frozen, or soaked and stored in water. The quality of the first two choices is better. It’s not a bad idea to buy dried sea cucumbers, soak them at home and freeze them in advance, and defrost them whenever you want to cook them. Freezing wouldn’t affect the flavour of sea cucumber. Rather, the soaking process plays an important role in how it would come out after cooking.

Soaking sea cucumbers isn’t a rocket science either. Care and patience are all it takes. Below is a simple guide:
This article was written by Clarence Chan and translated by Vincent Leung. Click here to read the original version of this story.