5 Michelin-recommended Steakhouses to Visit in Hong Kong and Macau

Make wonderful memories with family and friends at these Michelin-recommended steakhouses.

Having steak was a luxury affair in the 60s, 70s Hong Kong. Everyone dressed up for the occasion, in accordance with how a special western feast unfolded under dim light and romantic ambience of the restaurant. Even nowadays, the steakhouse is still a fancy option for dates, anniversary celebrations and wedding proposals. Here are five locations recommended by the MICHELIN Guide which give you the complete steakhouse experience. 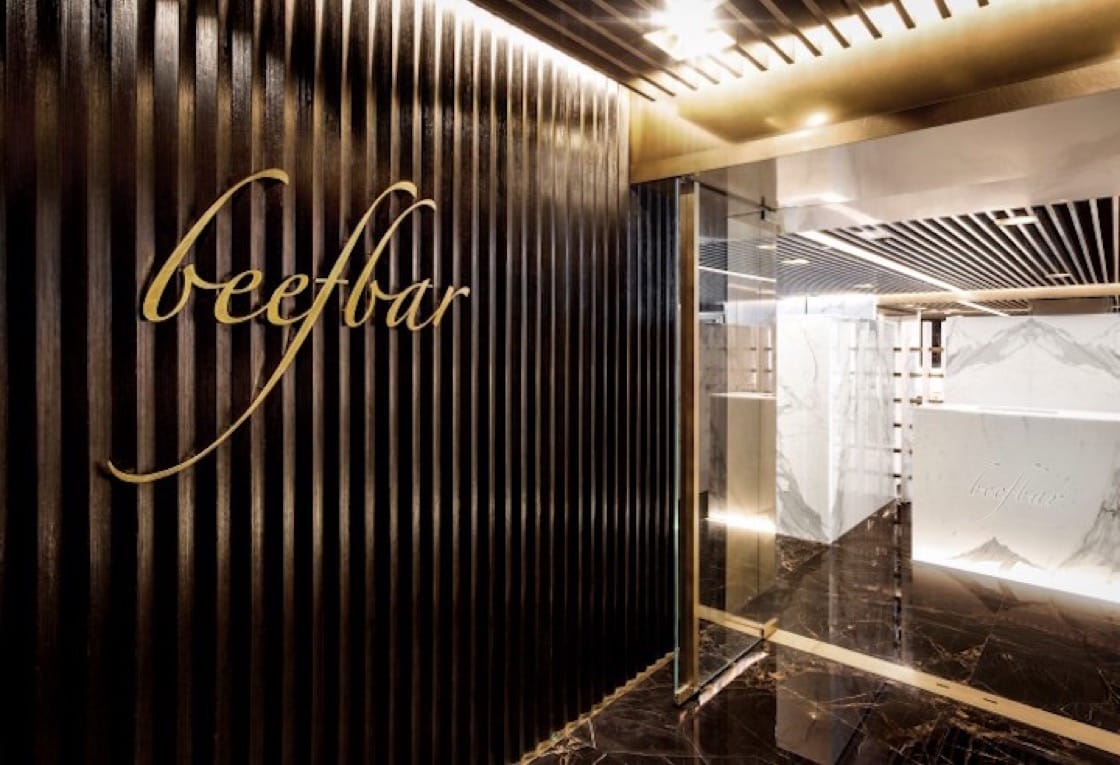 The posh, modern interior of Beefbar.

The steakhouse hailing from Monaco has branches in Monte Carlo, Cannes, Mexico City and Dubai. It opened at the heart of Central in 2015, with a hip and modern design to match its sibling restaurants. There are four beef dishes among its highlights alongside other creations exclusive to the Hong Kong branch. Fittingly, Beefbar has raw beef bar set up to prepare beef carpaccio and beef tartar. It also offers a long menu during lunch hour to attract the white collar working population nearby.

What Our Inspectors Say: “Gone are the days when restaurants had idiosyncratic names - now it's all about telling everyone what you do. Rare cuts of prime beef sourced from around the world are what this Monte Carlo based group, with branches around the world, offers. The room's design may use plenty of marble and leather but the style is more contemporary than masculine. The kitchen has a similarly light touch, which makes this steakhouse really stand out.” 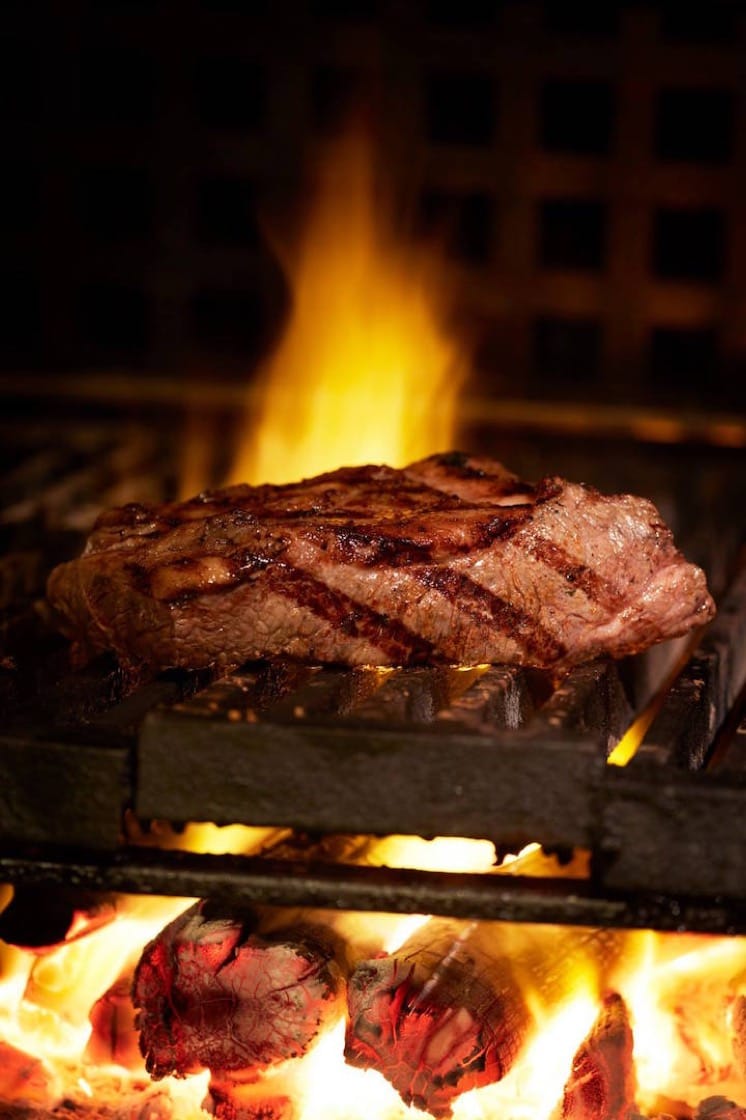 The steak at the Steak House winebar + grill is cooked on charcoal until it reaches the desired doneness.

This widely recognised steakhouse at the InterContinental Hotel Hong Kong leaves no detail unattended. Everything from food, wine and even cutlery is of the highest standard. Its beef lineup includes the USDA-approved finest beef, Hida A5 waygu and Australian steak. Another secret weapon there is the charcoal grill which shrouds the meat with a smoky aroma. Further boosting the taste of the steak are 12 types of homemade mustard and eight kinds of rock salt. Such refined delicacy is paired with 480 wine choices primarily coming from the US. Over at the salad bar, guests can also find a broad range of vegetables.

What Our Inspectors Say: “One of the most sophisticated grill rooms in town comes with its own colourful wine bar and an impressive wine list - it's 70% American and includes a large number of top Californian wines. The ingredients used here are unimpeachable: beef sourced from Australia, the U.S. and Canada is supplemented by great seafood. You even get to choose your knife from 10 different models. Service is professional but also has personality.”

This American-style steakhouse at Grand Hyatt Hong Kong employs the prime cuts from Canada, the UK, Japan and Spain, with dry-aged steaks also available. The executive chef of the restaurant recently brought in the American bison and devised an array of dishes featuring this rare ingredient. The restaurant is divided into three zones and benefits from the elegant environment. The rather restrained lighting means diners might need to alter their photo style a little. The wine room stocks over 600 bottles of fine wines from around the world.

What Our Inspectors Say: “Accessed via its own elevator, this decidedly masculine steakhouse is divided into three areas; the best spot is the moodily lit bar which has both counter seats and small tables for two by the windows. The prime cuts of beef are sourced from Canada, Nebraska and Japan; be sure to add the chunky chips cooked in duck fat to your order. The wine list contains a large selection of champagne. There is also a cigar room as well as smart private rooms.” 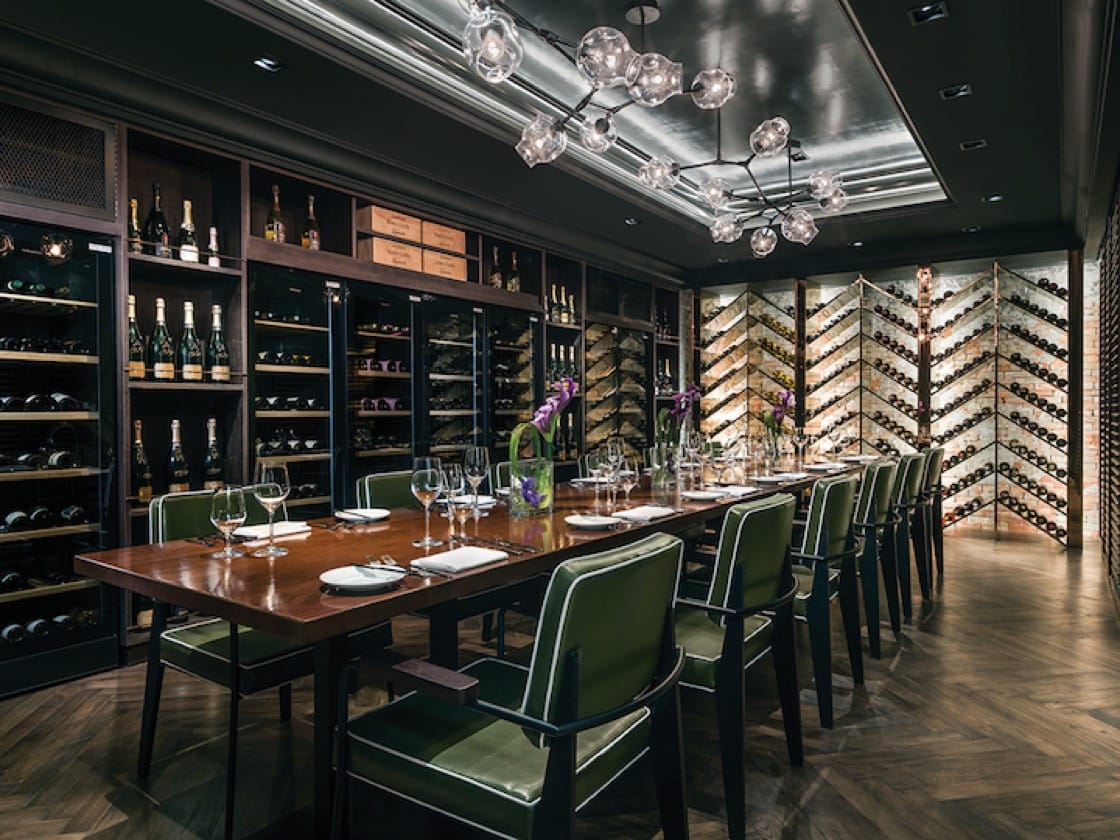 The private dining room at Bostonian.

After two months of renovation, this high-end steakhouse at the Langham, Hong Kong returns with a vintage ship dock look. It is divided into the main dining room, craft beer bar and private dining room. The Sunday brunch has chilled crayfish, crab claw, fresh sashimi and cheese among its lineup. In addition to these, diners can pick their own main course from six dishes such as Wellington beef and British fish and chips.

What Our Inspectors Say: “The self-assured Bostonian is a handsome and sophisticated restaurant offering all the things you'd expect from an American restaurant: plenty of hearty salads, lots of lobster, oysters, assorted seafood and, of course, a huge choice of prime beef from the grill. The set lunch with the seafood buffet is particularly popular, as is brunch on a Sunday. It's unlikely anyone has ever left here still feeling hungry.”

The Kitchen
One Michelin Star

This extravagant destination at Grand Lisboa has been awarded one star since 2014. It injects new elements into the traditional steakhouse concept, in which guests can choose their favourite among the steaks from Japan, the US and Australia right from the display fridge or fresh seafood from the fish tank. The chosen item will be cooked at once at the restaurant’s open kitchen. In addition, there are abundant choices at the salad bar, sushi bar and on the homemade dessert menu. Its wine cellar offers a jaw-dropping 10,000 types of wines to go with the dishes.

What Our Inspectors Say: “There's a handsome, masculine feel to this restaurant on the 3rd floor of the Grand Lisboa. It comes with a sushi bar, a salad counter and a live fish tank but the star of the show is undoubtedly the beef. Prime meat from the US, Japan and Australia is cooked on an open flame and you decide which cut you want and in what size. You're guaranteed to find something to go with your steak from the wine list of over 15,000 labels.”

his article was written by Joe Chan and translated by Vincent Leung. Click here to read the original version of this story.