The First Day I Got My Michelin Star: Chan Yan-Tak of Lung King Heen In Hong Kong

In one form or another, Cantonese cuisine is probably one of the most widely exported of all the Chinese cuisines, thanks to Cantonese people, mostly from Hong Kong and Guangdong, being one of the earliest groups to emigrate en masse to the western world in recent history.

In its three-star ranks was just one Chinese restaurant: Lung King Heen at Four Seasons, Hong Kong. Executive chef Chan Yan-Tak has been at the helm since the restaurant opened in 2002, having been lured out of retirement. Despite the accolade, the quiet, humble chef will only occasionally be seen on the restaurant floor, preferring instead to stay in the kitchen to craft his meticulous, mostly traditional Cantonese dishes with occasional French flourishes. 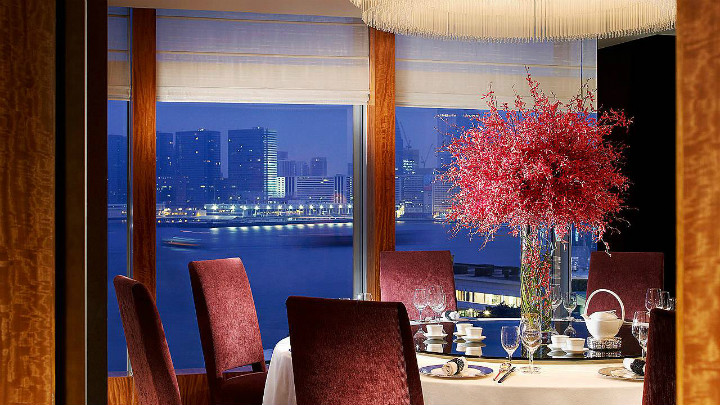 My first encounter with the Michelin Guide was years before it launched in Hong Kong. I was not totally familiar with it, only that it is an internationally recognised accolade.

The first time I got a star was in the Michelin Guide's inaugural 2009 Hong Kong and Macau edition, with three stars at Lung King Heen.

Remembering the day of the announcement, I was amazed at the response from people, not only in Hong Kong but around the world. I have never had so many photos taken in one single day! It's great for the Lung King Heen team to see the response from our guests and people who want to share in the excitement with us. The team gathered to celebrate this special honour after evening service.

How much influence has the Michelin Guide had on your life and career?
I don't think it has changed the way we cook – the cuisine we make here as a team in the Lung King Heen kitchen is what made us obtain this wonderful accolade and we have continued to make the same efforts every day to provide our guests with the best experience possible. We will continue to do what we do everyday and work hard to ensure we live up to this accolade.

My advice for young chefs aiming for Michelin stars is to continue to feel passionate about creating joyous moments with your cooking, even when you are working hard in the kitchen while everyone is having a great time and enjoying the meal. As a Western chef, you can start your career in a culinary arts programme, but a Chinese chef will need to build their experience by taking junior positions and putting in long hours, very often for twelve hours or more [a day].