Today, Dominique Bouchet is considered one of France’s greatest chefs, whose reach extends beyond the European city to the celebrated culinary capital of Asia—Tokyo—as well. Among other restaurants, Bouchet helms one- and two-Michelin-starred eponymous establishments in France and Japan respectively, but he traces the birth of his fascination with the culinary arts to when he was just eight years old, watching the legendary French chef Raymond Oliver cook on a black-and-white TV.

“We were the first in our village to get a black-and-white TV and so after school and homework, all the children came to our home to watch this show”, recalls the chef. “I was deeply impressed by his stature, his charisma and his uniform, and after this period I started to say to my parents that I wanted to become a chef”. 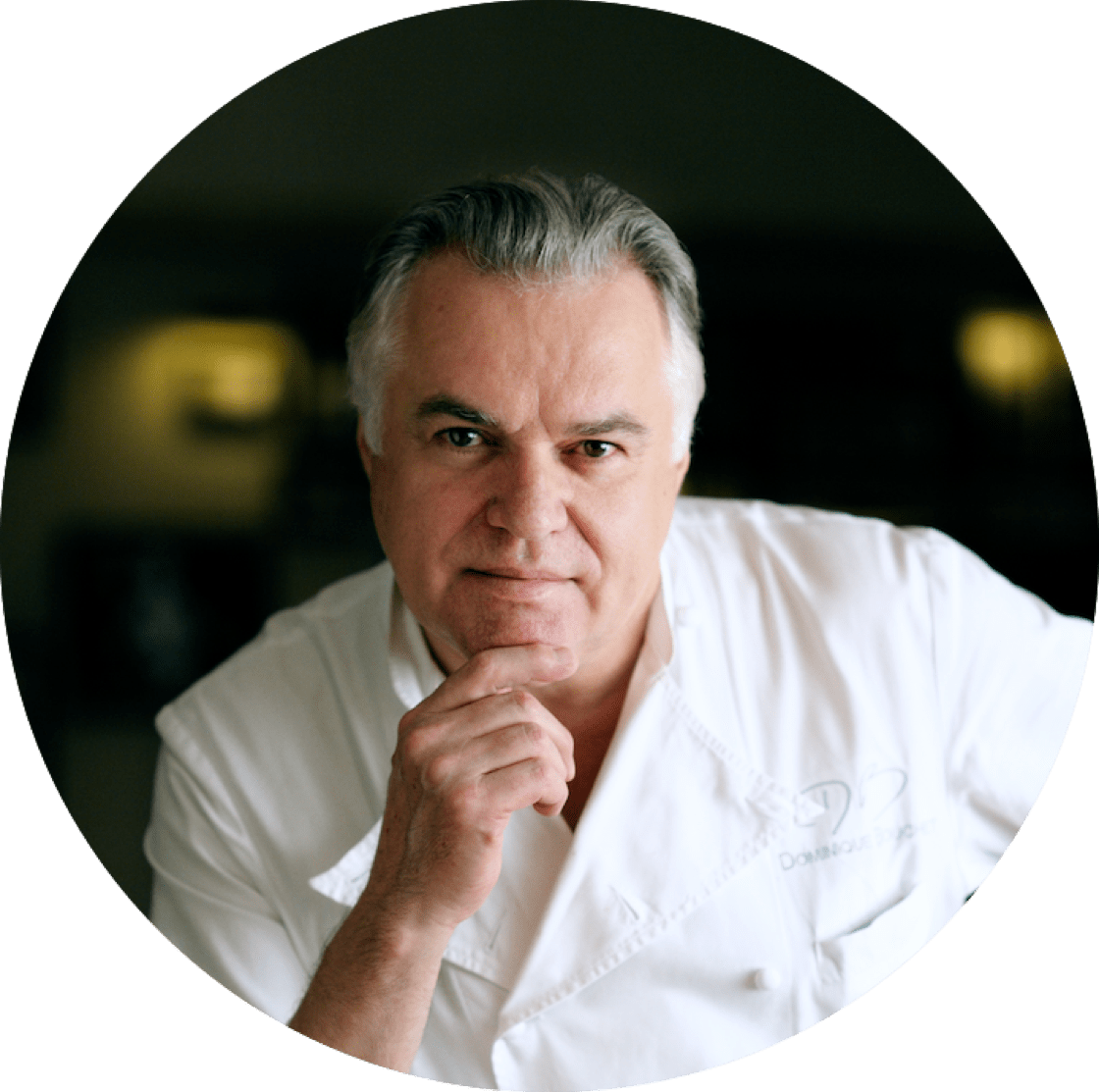 Born in 1952, Dominique Bouchet grew up on a charming family farm in the rural area of Cognac with a brother and a sister, and surrounded by cows, chickens and ducks. In true farm-to-table spirit, they ate off the land—seasonal vegetables from the big potager in their backyard, eggs from their free-ranging chickens, fresh milk from their cows and cheese made by Bouchet’s mother. “Every weekend we had family lunches at home. My mother and aunts were at the kitchen and I loved being with them to help at cooking”.
“Actually, my mother wanted me to be a lawyer or doctor”, shares Bouchet. “But I already had a strong temperament—I convinced them to find me a training supervisor to start my cooking formation". Bouchet’s first mentor would turn out to be Marcel Pouilly. In 1966, he started working at Club restaurant in the mornings and evenings, before and after school.

“It was a very hard time for me because I was very young and not used to that lifestyle. I wanted to give up, but my father brought me back to the restaurant and asked chef Pouilly to follow up on my training as strict as possible. My father didn’t want me to give up that fast”.

Cutting quite the father figure himself, chef Pouilly trained and guided the young Bouchet with a firm hand. “Chef Pouilly was very strict but very human, he taught us like his own children and allowed us to discover many important things: hunting, fishing, vegetable-picking… And he was an amazing sauce maker”. Vivid in his memory to this day is Pouilly’s then-signature dish of Jambon au Pineau, a ham cooked with a sauce of Pineau des Charentes, a fortified wine from the Cognac region.

Upon graduating high school, Marcel Pouilly found Bouchet a position in Paris, at L’Elysée Bretagne under 70-year-old stalwart Gaston Napoléon. It was through Napoléon’s connections at the Compagnons du Tour de France where he was the president, that Bouchet first met Joël Robuchon as a tender 16-year-old.
Advertisement
Advertisement 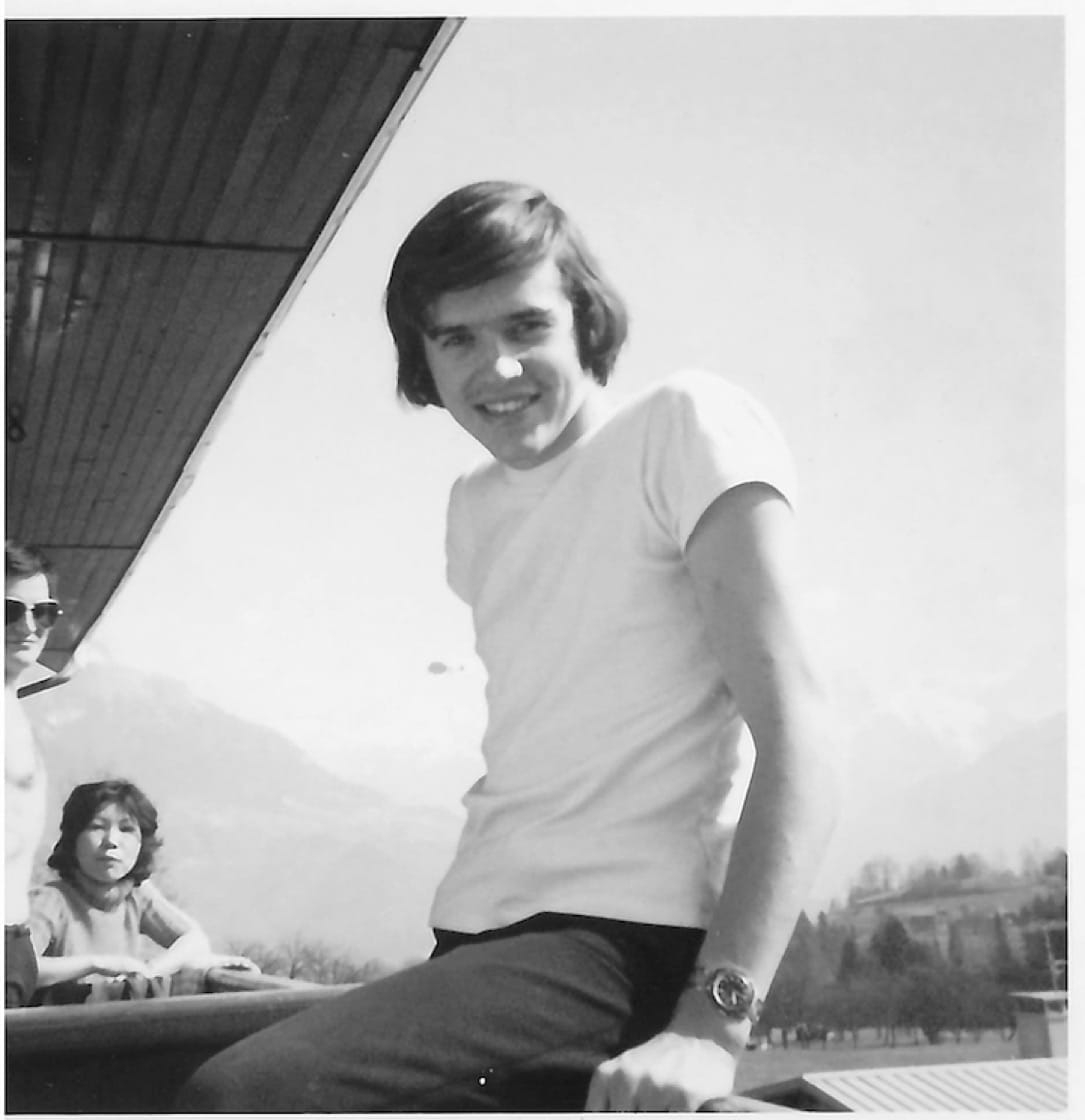 He worked for Robuchon for three months, cooking on board the boat La Péniche Ile de France before he was called up for military service. Later, Robuchon was opening the Concorde Lafayette just as Bouchet fulfilled his military service and invited the young chef to join the kitchen team as chef saucier, in charge of six cooks.

“I think chef Robuchon liked my sense in preparing sauces but also my strong temperament, respectful but always sharing my opinion”.
What followed were a string of star-studded stints at renowned restaurants in France including two-Michelin-starred Jamin and Le Mareyeur, which he led to a Michelin star within 6 months.

His path would cross yet again with Robuchon’s when the latter offered him the position of executive chef at the legendary La Tour d’Argent in 1981. “The challenge was huge—a big team, three Michelin stars, a charismatic owner [the late Claude Terrail] and a world-renowned name”, says Bouchet. “But [it was here] that I learned the most about how to be a chef. How to manage a team of 40 persons, how to manage food cost, how to communicate with the clients”. 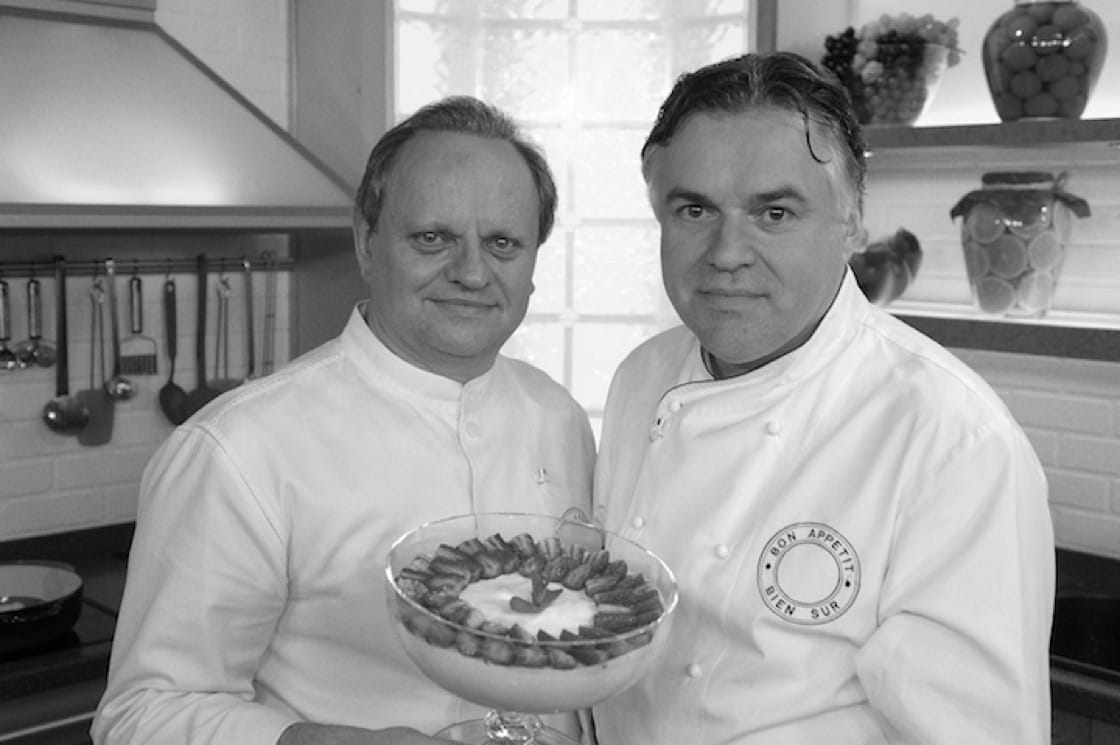 Joël Robuchon (left) with Dominique Bouchet.
It was also at La Tour d’Argent that Bouchet began to come into his own as a chef. He shares: “I truly started to impose my cooking style, modernizing the dishes at La Tour d’Argent. The challenge was to observe the environment of this historical restaurant and, while keeping the spirit of the house, give it a second wind”.

Dishes that he created in that time, like slow-cooked oxtail with mashed potato and black truffle, encapsulated this culinary philosophy. “The really important thing is to understand the restaurant’s environment. Then choose a produce and highlight it with a sauce. It is very important to keep a good balance in the tastes, to respect the produce and present a story to the guest”. 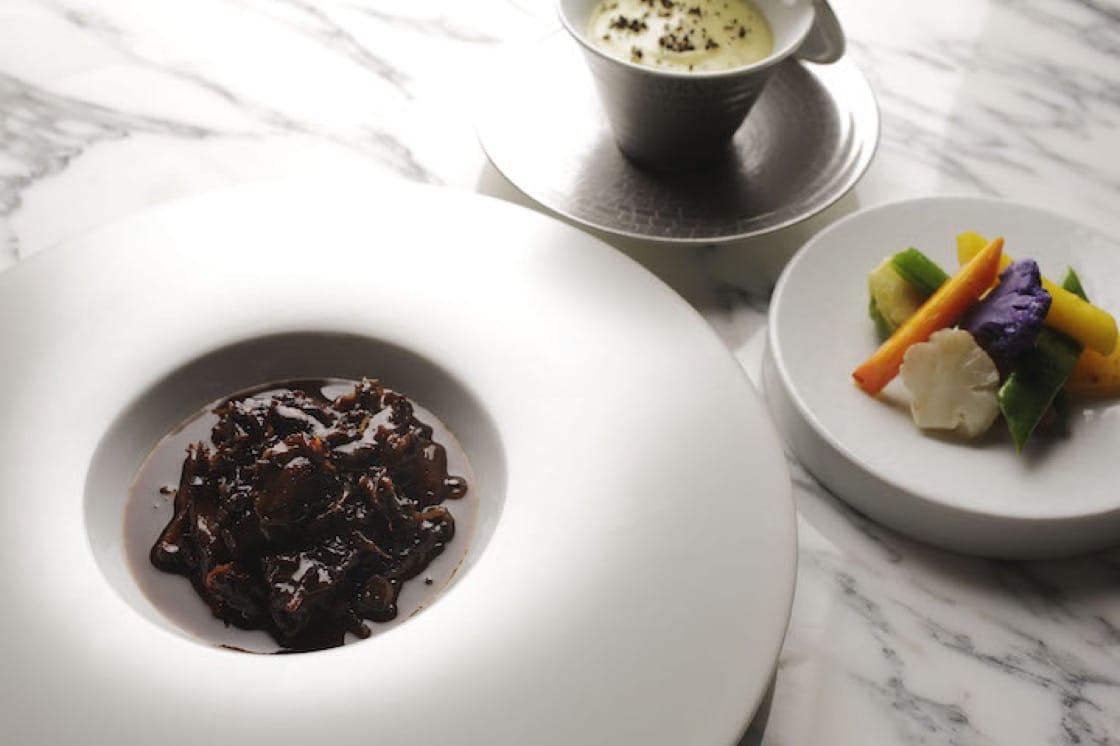 It was also during this time that his love affair with Japan began, when he was sent to open La Tour d’Argent in Tokyo in 1984. In the three decades that followed, Bouchet’s career would take him often to the Land of the Rising Sun, as a consultant for Cognac companies and later for demonstrations at The Hattori Cooking School and making TV appearances as the owner of hotel Moulin de Marcouze, his own four-star property in Charente-Maritime. 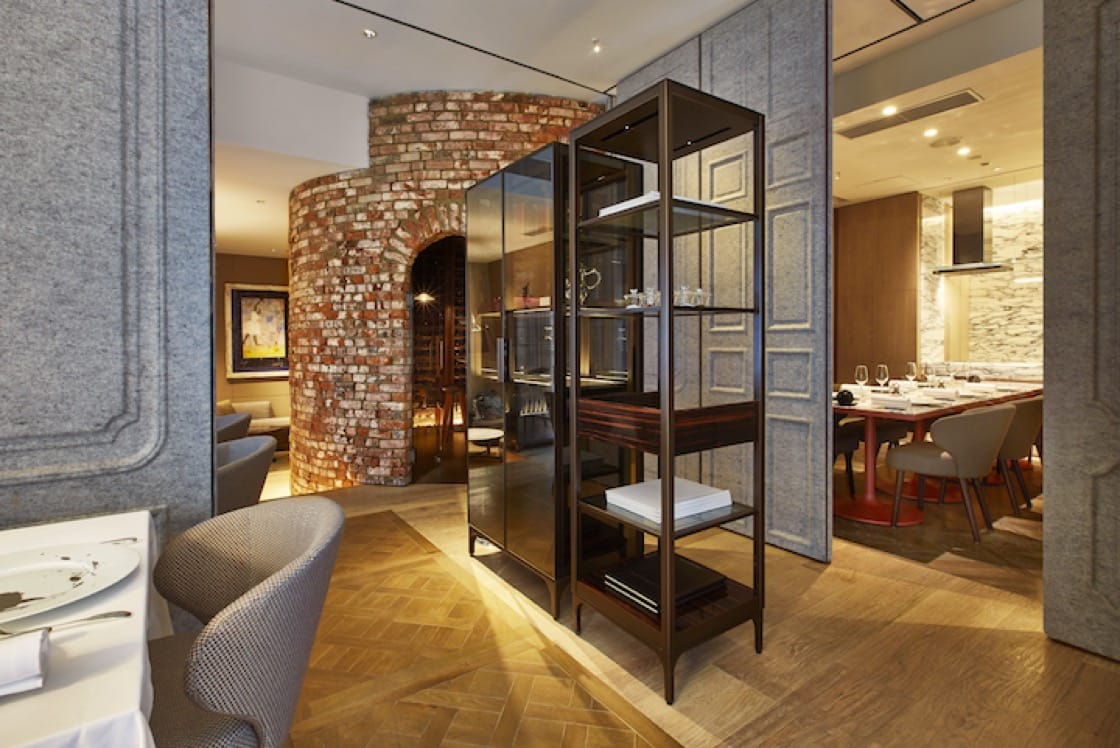 The Dominique Bouchet Tokyo in Ginza.
Asked why he waited so long to realise his goal of opening a restaurant in Japan, he says: “With age and experience, I’ve been able to build a loyal team which I trust a hundred per cent. It was the most important criteria for me to get ready to open a restaurant in Japan. Also, with my wife being Japanese, she taught me a lot about the Japanese culture and the people’s demeanor. Without her support, it would be very hard. A chef cannot grow and succeed without a loyal and trusted team”. 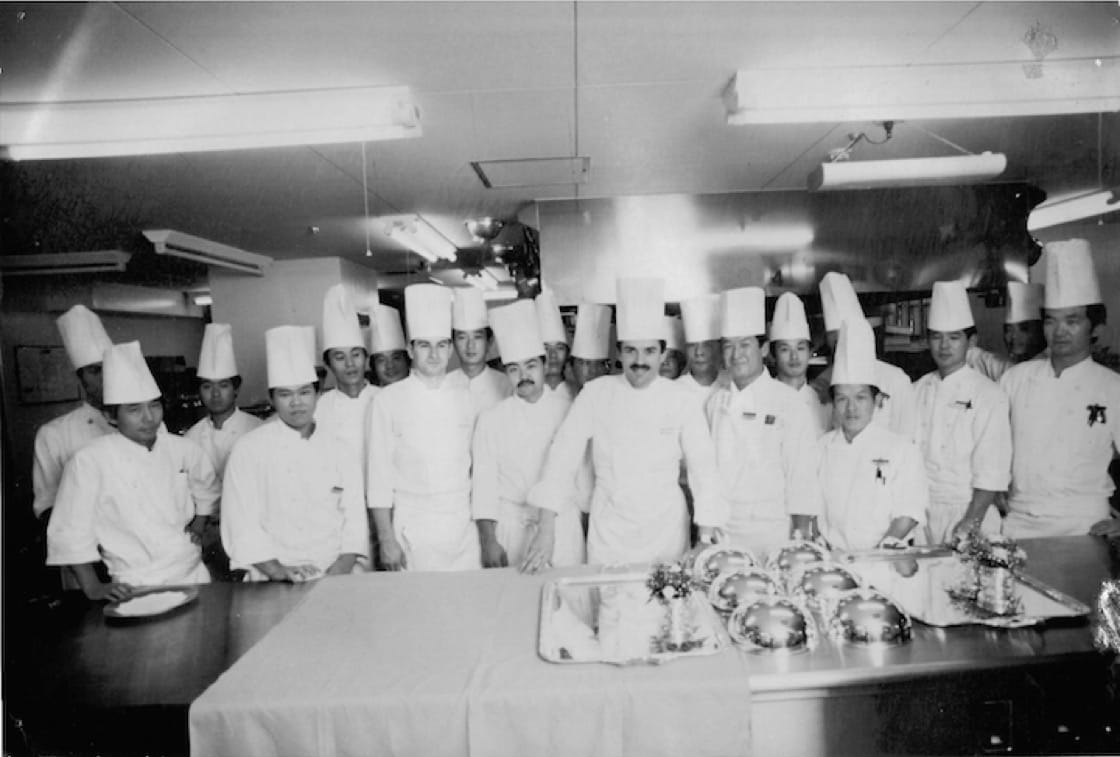 Growing from strength and expanding his empire in Japan, Bistrot Les Copains de Dominique Bouchet in Ginza, which he opened in 2016, was recently awarded Bib Gourmand status in the latest MICHELIN Guide Tokyo. His latest venture is a steak house in the Ishikawa Prefecture named Le Grill Dominique Bouchet Kanazawa.

Photos courtesy of Dominique Bouchet.
This article was written by Rachel Tan, with additional reporting by Mandy Li.
Advertisement
Advertisement