Behind every Michelin-starred restaurant is a great chef. In this case, one who doesn’t shy away from blood, sweat and tears.

For owner and executive chef Jie Ming Jian of two-Michelin-starred restaurant Canton 8 in Shanghai, getting the accolade at the debut of the 2017 Michelin Guide Shanghai is both a source of pressure and a driving force for excellence. 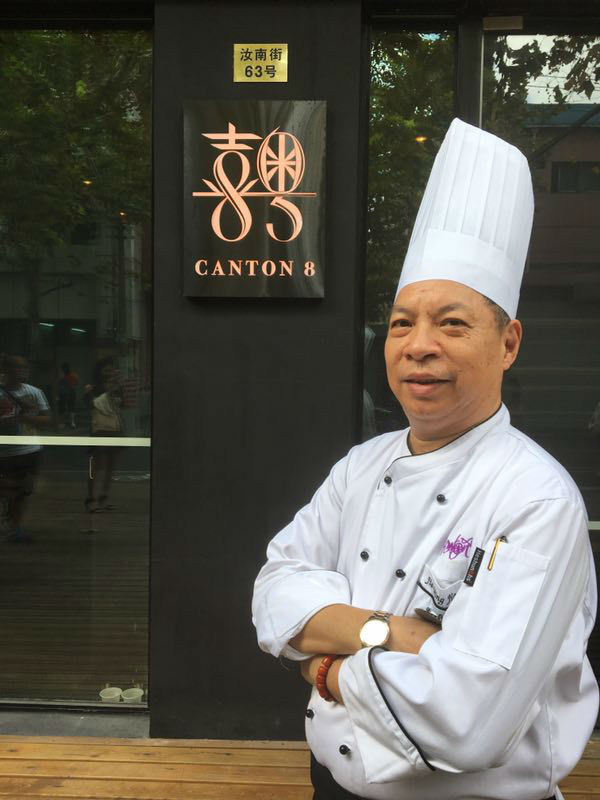 The 68-year-old Hong Kong born chef is a firm believer of paying one’s dues from the time he was an apprentice at 14 to this latest accolade from Michelin. That’s a whopping five decades of experience. Most of this was in fact, spent in Hong Kong where he sharpened his knives in some of the city’s finest Cantonese restaurants. This includes well-established names like Yue and Tang Dynasty Xi'an – where he served as executive Chef and Production Consultant.

Perhaps his humble upbringing has influenced his menu at Canton 8. For despite possessing some truly stellar culinary chops, the Michelin inspectors note that his restaurant serves up, “quality dim sum and Cantonese cuisine at affordable prices” and that “his dishes are prepared with care.”

"All diners are treated with dignity, no matter where they come from and regardless of their spending power,” says the chef. “Every guest is the most important guest.” He tells us more:

I started work in the kitchens as an apprentice at the age of 14 and I hoped to learn some skills to improve my life. But as I entered the food and beverage industry, I fell in love with food. Remember, apprentices work every day, 16 to 17 hours a day. I only got four days of rest per year, because I was really keen to learn my shifu’s unique craft. I ran errands and took the initiative to do relieve him of menial daily chores, all in the hope for him to impart the skills to me.

My cooking philosophy is to be open minded and study the ingredients carefully to provide a richer, more diverse and healthy dish to every guest. Be careful and disciplined in how you implement the dish and ingredients should retain their original flavour. I also don’t add MSG and other artificial additives.
Advertisement
Advertisement 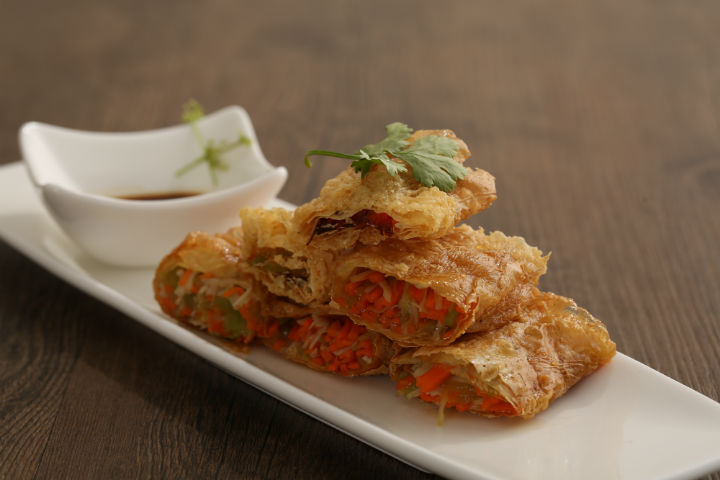 The three signature dishes you have to order are char siew, prawn ball and three types of pepper stir-fried with pork neck. For the char siew, the choice of ingredient is important. We use pork tenderloin marinated for 2 hours, which is roasted until it is 80 per cent cooked. Then, we cool it, brush a layer of honey and roast it again till its 100% cooked. We also brush it with another layer of honey just before serving. To get the perfect crispy skin and tender meat, you have to be very careful about the temperature while roasting. When done perfectly, you should see distinct layers of fat and meat – that’s a good char siew.

I love food and I eat at many places to observe how restaurants serve their food. I'll also visit the markets to get seasonal produce and discover fresh ingredients that I can apply to my cuisine. Inspiration also comes from all the exchanges and interactions between team mates in the kitchen. And of course, not forgetting travel.
I look up to Fook Lam Moon’s executive chef, Luo An. Mr Luo was the person who ignited my passion for cooking. Actually, a lot of top hotel chefs were once his disciples. So immediately after getting two stars, the first thing I did was to call Mr Luo to report to him that I, the student that he has taught for many years hasn’t disappointed him.

A chef's greatest satisfaction is in cooking and learning along the way, literally until the end of one's life. It is also when I get positive feedback from guests when I roll out a new dish. Getting a Michelin star in the 2017 Michelin Guide Shanghai is certainly the most memorable moment in my career.
If you’re not heading to Shanghai any time soon, experience this hospitality later this month as chef Jie Ming Jian will be taking up residence at Pearl Dragon in Macau’s Studio City from 22 to 25 February 2017. Find out more here.
Advertisement
Advertisement