Today, Michelin released the 2023 Kyoto Osaka MICHELIN Guide’s restaurant selection, which highlights 389 places. Among these, 41 restaurants have been newly awarded by MICHELIN inspectors, receiving either Two MICHELIN Stars, One MICHELIN Star, or a Bib Gourmand recognition. 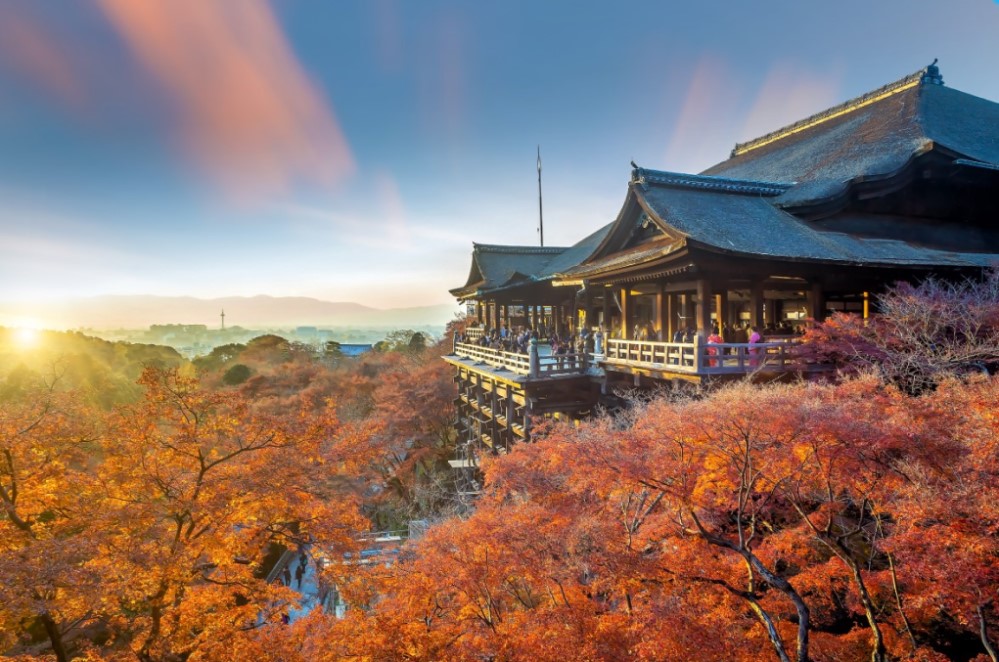 “Once again, our 2023 restaurant selection illustrates how Kyoto and Osaka continue to feature among the world’s gastronomic hot spots.  With its history and culture, traditional dishes made from seasonal ingredients and a fine sense of service, Kyoto is a must-see destination for any traveler eager to discover and enjoy Japanese hospitality. Meanwhile, Osaka has developed a unique culinary scene, offering a wide variety of cuisines, from local delicacies to international offerings. Our inspectors took a tremendous pleasure in carrying out the selection, discovering a number of new places and, for the first time in the history of the Kyoto Osaka Guide, shedding a light on talented, committed professionals with our Special Awards” says Gwendal Poullennec, International Director of the MICHELIN Guide. 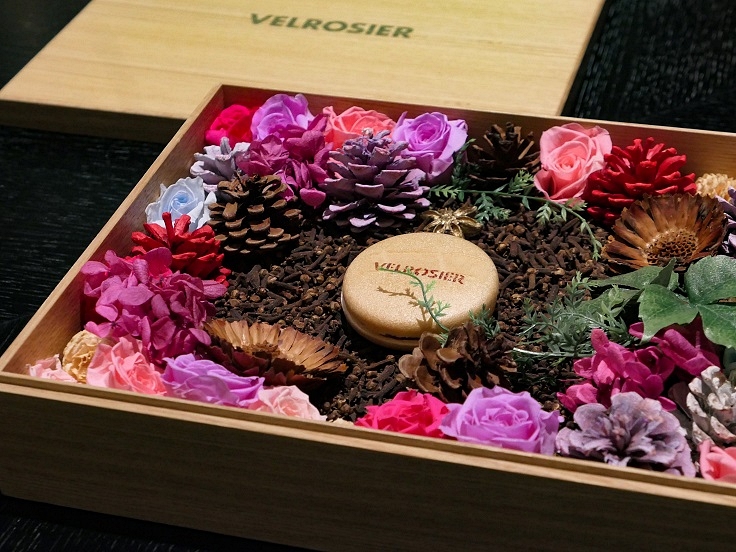 VELROSIER has been promoted to Two MICHELIN Stars this year.

With a direct entry in the MICHELIN Guide selection with Two MICHELIN Stars, Ryō-shō, managed by chef Makoto Fujiwara, impressed the MICHELIN inspectors in the best way by achieving the actual meaning of the restaurant’s name: "surpassing the sky". In this Sukiya-style building, built by master artisans, gourmets are invited to enjoy traditional, refined Japanese dishes, with the addition of Western ingredients opening a fascinating dialogue with French gastronomy.

VELROSIER, which was awarded One MICHELIN Star in last year’s edition, has been promoted to Two MICHELIN Stars. In this modern designer restaurant, owner-chef Yuji Iwasaki offers a subtle, innovative fusion between Chinese and French flavours and techniques. Foie gras-filled monaka wafer cakes, infused with roses and cloves; or imaginative pan-fried gyoza — which are deconstructed and reassembled — are two mere examples of the unbridled creativity of the chef and his team.

In addition to these 2 new Two-MICHELIN Star restaurants, 17 others have maintained their distinction in Kyoto and 10 in Osaka. All Three-MICHELIN Star restaurants — 6 in Kyoto and 3 in Osaka — have also kept their distinction in this year’s selection. Kikunoi Honten and Hyotei, which both have had Three MICHELIN Stars in Kyoto since the first edition of the Guide, are therefore celebrating their 14th year at the top of global gastronomy. 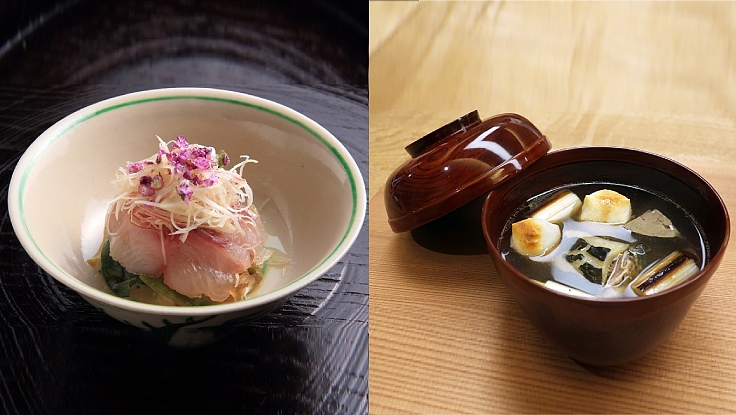 Abundance of cuisines within the Bib Gourmand selection

With no less than 98 and 99 Bib Gourmand restaurants, Kyoto and Osaka continue to feature among the most gourmet destinations for food lovers looking for outstanding meals at a reasonable price. This year’s selection even sees 15 new eateries joining the selection in Kyoto and 14 in Osaka. Among them, many types of cuisine are represented, from Spanish specialties in CLIMA (Kyoto) and EL ALMA (Osaka), to Italian delicacies in BOCCA del VINO and COPPIE (both in Kyoto), to French flavours in Bistro des Chenapans (Osaka).

Japanese treats are also numerous in this year’s newcomers: Mendokoro Janomeya or Muginoyoake (both in Kyoto) or Kamigata Rainbow (Osaka) specialise in ramen, while Kidatake Udon or Ogimachi Udonya Asuro (both Osaka) offers remarkable udon. Nikomi Kimura, Jizakeya Iwatsuki, or The New World are izakaya restaurants in Osaka, and greatly impressed the MICHELIN inspectors, while Hiiragitei in Kyoto or Yakitori Torisen and Ishii Jr. in Osaka offer delicious yakitori. Finally, the tonkatsu from Tonkatsu KATSU Hana in Kyoto is not to be missed.

Kyoto and Osaka restaurants for a more sustainable gastronomy

With respectively 6 and 3 restaurants maintaining their MICHELIN Green Star, Kyoto and Osaka are demonstrating how local chefs and teams continue to put sustainability at the heart of their concepts.

The MICHELIN Green Star, which is awarded to the restaurants within the MICHELIN Guide selection which stand at the forefront of a more sustainable approach to gastronomy, aims to raise awareness both within the industry and with all foodies by highlighting inspiring philosophies and initiatives. 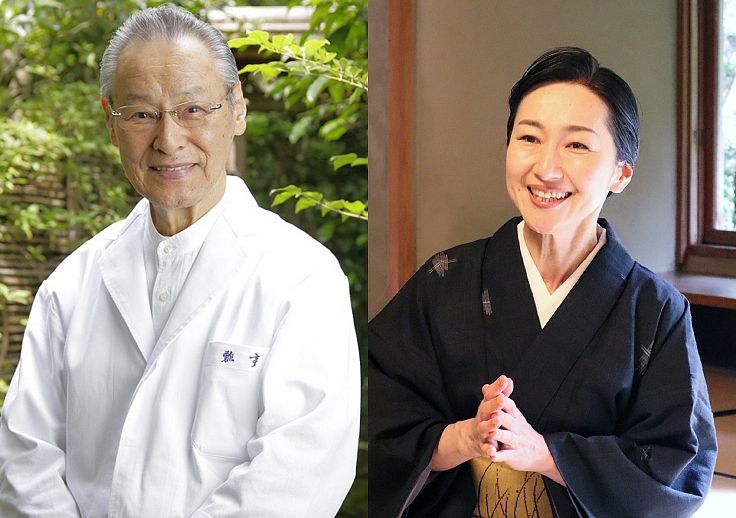 The MICHELIN Service Award and MICHELIN Mentor Chef Award, which have been introduced for the very first time within the Guide’s Kyoto Osaka edition, aim at highlighting the talent, know-how, and passion of dedicated professionals who contribute to turning pleasant culinary experiences into unforgettable gastronomic journeys, or to positively improving the whole industry.

The MICHELIN Service Award, sponsored by MITSUI FUDOSAN CO.,LTD., has been awarded to Sachiko NAKAHIGASHI from Kyoto’s Two-MICHELIN-Star and MICHELIN Green Star restaurant Miyamaso. In this restaurant, which is located in the mountains of Kyoto, Sachiko NAKAHIGASHI conveys the charm of local food culture and nature with outstanding customer service. She manages a dedicated, highly professional team, and is also working hard to educate service staff coming from far away to learn how to serve customers. 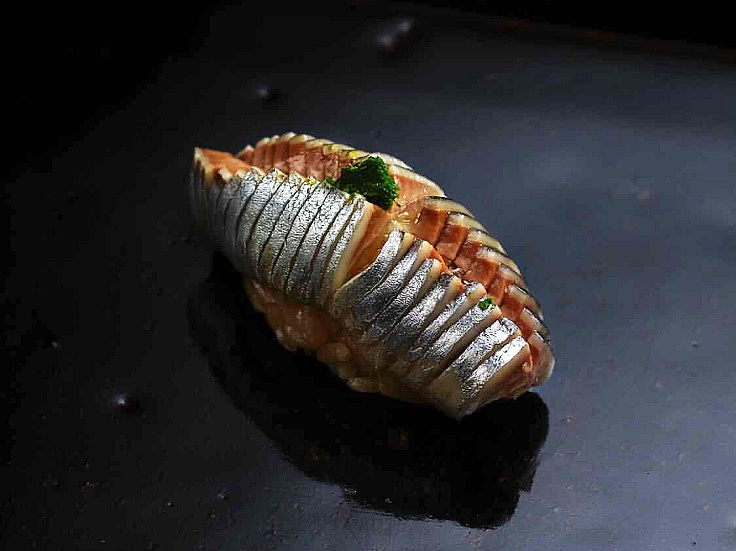 Sushi Sanshin is newly recognised with one MICHELIN star.

The MICHELIN Guide Kyoto Osaka 2023 at a glance: