Ahead of the full release of the MICHELIN Guide Hong Kong Macau 2021 on January 27, Michelin is pleased to release today the Bib Gourmand selection of this year’s Guide. The selection for 2021 highlights 63 eateries in Hong Kong, including 7 new additions, as well as 7 establishments in Macau.

The Bib Gourmand distinction is awarded to venues that offer high-quality food at budget-friendly prices. This means that diners can enjoy a high-quality three-course meal (excluding drinks) for a maximum price of HK$400 in Hong Kong and MOP$400 in Macau.

“Despite the particularly difficult situation that Hong Kong and Macau restaurateurs have been facing since 2019, our inspectors are delighted to unveil their best value-for-money addresses. Indeed, we sincerely hope that this new selection of Bib Gourmand restaurants, which celebrates no less than 70 eateries as well as more than 20 different styles of cuisine, will be a strong message sent to every foodie to encourage them to safely discover or rediscover the pleasure of affordable gourmet experiences. It is also a supportive act towards the whole profession which, now more than ever, needs to be promoted,” commented Gwendal Poullennec, International Director of the MICHELIN Guides.

Out of the total of 63 addresses in Hong Kong that received the Bib Gourmand distinction, 7 are new to the list this year.

The new entrants include two restaurants celebrated for Cantonese delicacies originating from the Guangdong province of Shun Tak, three noodle eateries and, as a reflection of Hong Kong’s diverse and cosmopolitan dining scene, two eateries that offer casual fare from Thailand and Taiwan in convivial settings. 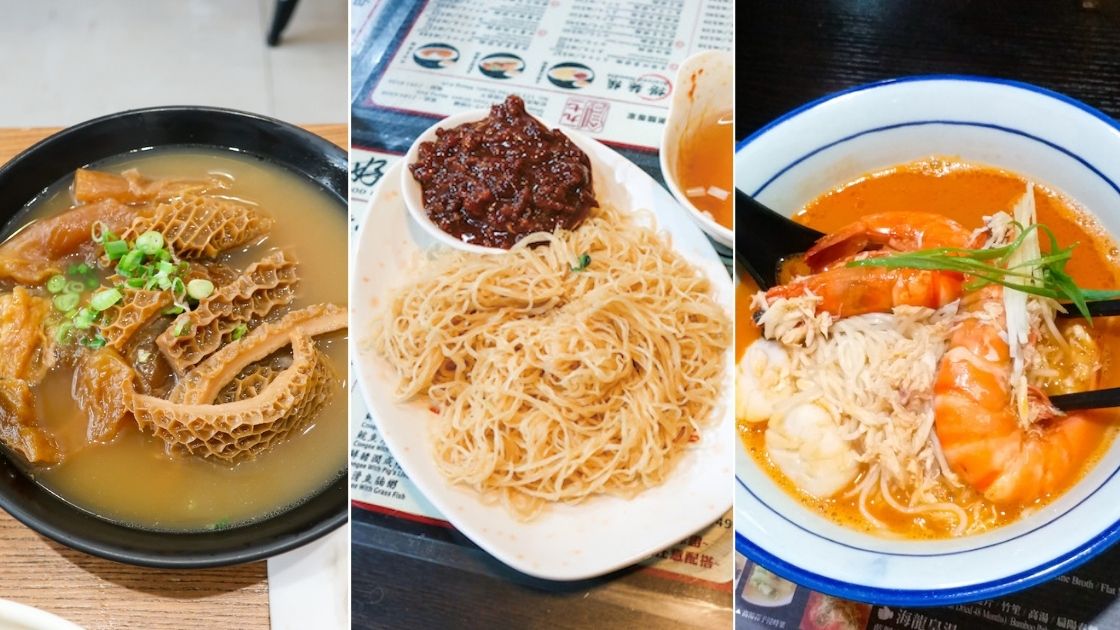 Among the Bib Gourmand recipients are Eight Treasures in the neighbourhood of Tin Hau, a family-run noodle shop famous for its beef brisket served in a tonic broth that is made with eight herbs — hence the restaurant’s name.

Good Hope Noodle is praised for its duck-egg noodles that are fresh daily by kneading them with a bamboo pole, a process that diners get to view through its show kitchen. The eatery was founded in 1971 and its current outlet in Mongkok is now the business’ only branch left in Hong Kong.

Meanwhile, Hao Tang Hao Mian in Shatin is run by an owner-chef with over 20 years of French cooking experience. He merges Western and Chinese styles when creating his menu of 12 noodle soup items that feature a robust broth made of fresh ingredients and free from MSG. 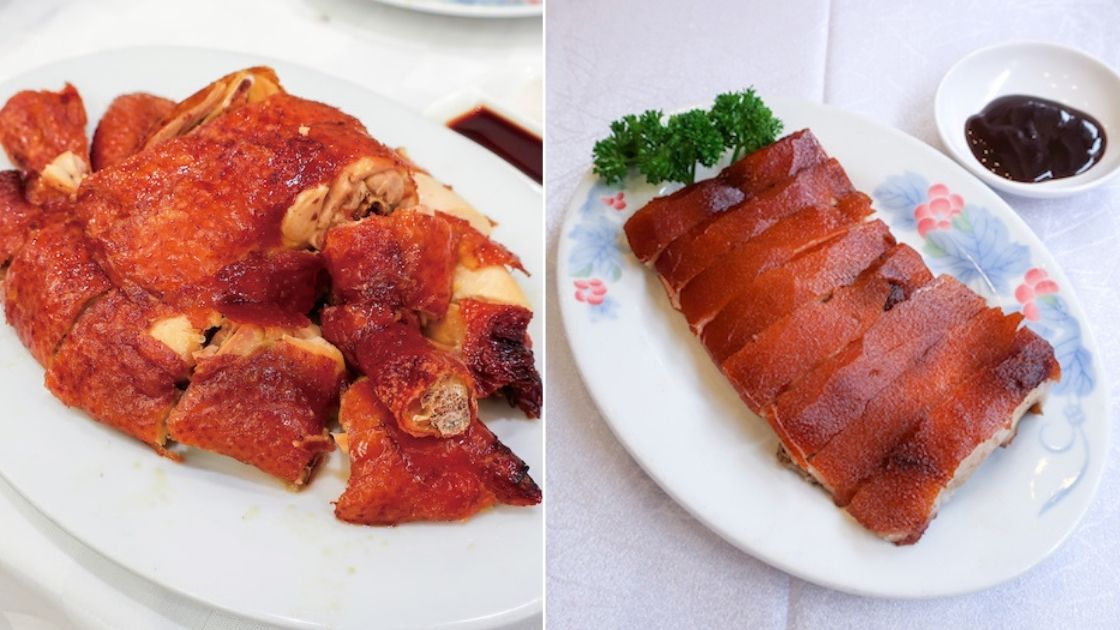 From left to right: Dishes from Fung Shing (North Point) and Eton

Among the two specialists in Shun Tak cuisine, Fung Shing (North Point) is a long-standing traditional restaurant offering a wide variety of dishes and authentic flavours for lunch and dinner.

Eton, meanwhile, was previously the Mongkok branch of Fung Shing, but was renamed and re-opened last year by members of the original team after the retirement of the branch’s former owner-chef. Its menu, filled with signature Shun Tak specialities such as prawn toast and crispy fried chicken, remains largely the same. 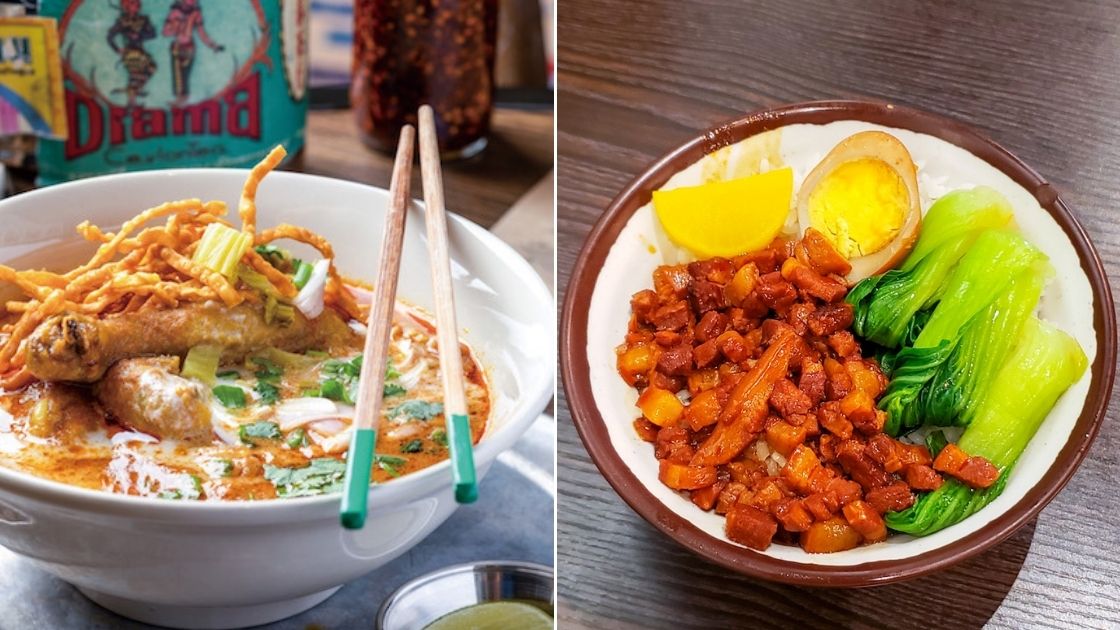 Also making the 2021 list is Samsen (Sheung Wan), a sister outlet of the flagship of the same name. Run by co-founder and chef-owner Adam Cliff, Samsen offers casual Thai food in laidback environs. Its menu at the Sheung Wan branch is similar to that of the Wan Chai flagship, among which the signature 11-spice Northern Thai curry stands out.

Yuan is Here (Western District) is a popular eatery that offers Taiwanese street food just as you would get in Taiwan, right down its decor that recreates the night market vibes of Taiwan. The owner and chef both hail from the origin and help to ensure authenticity.

READ MORE: Behind the Bib: Samsen