The list of starred restaurants for the 2018 MICHELIN Guide Chicago is here.

A total of 25 restaurants were awarded with stars in the 2018 MICHELIN Guide Chicago, with two new restaurants being introduced and one West Loop spot getting elevated. 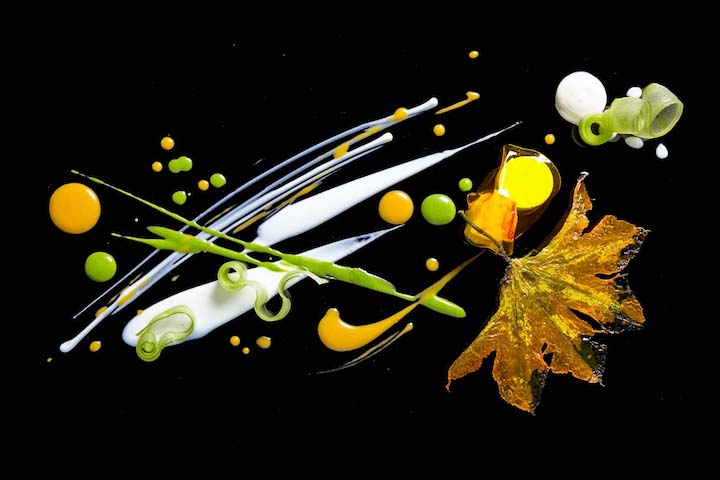 Dish of Dungeness crab, squash blossom, cardamom and saffron from Alinea
“Chefs John and Karen Shields have remarkable resumés at the best restaurants across the country. But what they have built in their own kitchen is even more remarkable,” said Michael Ellis, international director of the MICHELIN Guides. “Anchored by quality produce from The Farm, dining at Smyth is a naturally delicious and beautiful experience.”

Chicago lost two two-star restaurants this year: Tru, the much-lauded fine-dining prowess from Lettuce Entertain You Enterprises, closed for business earlier this month after an 18-year run. This is the second two-star establishment to close from LEYE; L20 closed at the end of 2014.
Advertisement
Advertisement
42 Grams, which held two Michelin stars during its entire three-and-a-half-year tenure—and was well-known for accepting BYO with their tasting menu—abruptly closed this summer. 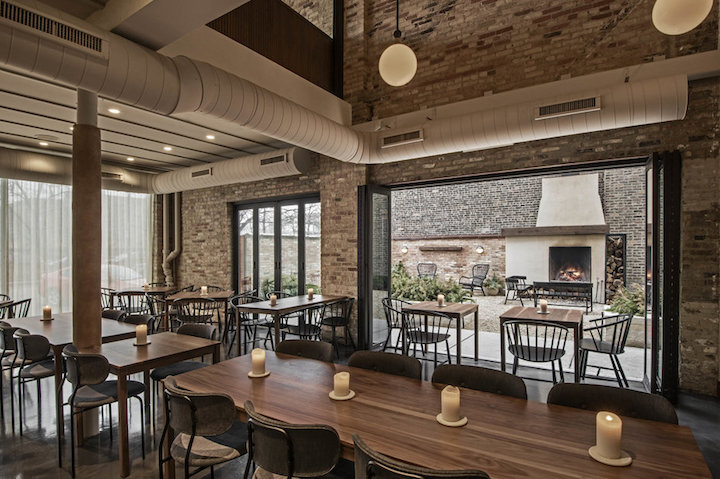 The interior at Elske Restaurant
Congratulations to all 2018 awardees.

Three Michelin-starred restaurants
Exceptional cuisine, worth a special journey.
Our highest award is given for the superlative cooking of chefs at the peak of their profession. The ingredients are exemplary, the cooking is elevated to an art form and their dishes are often destined to become classics.

Two Michelin-starred restaurants
Excellent cooking, worth a detour.
The personality and talent of the chef and their team is evident in the refined, expertly crafted dishes.

One Michelin-starred restaurants
High quality cooking, worth a stop!
Within their category, these establishments use quality ingredients and serve carefully prepared dishes with distinct flavors.