Making waves at home and abroad are these top Korean chefs at the cutting edge of a cuisine rich in tradition and history. 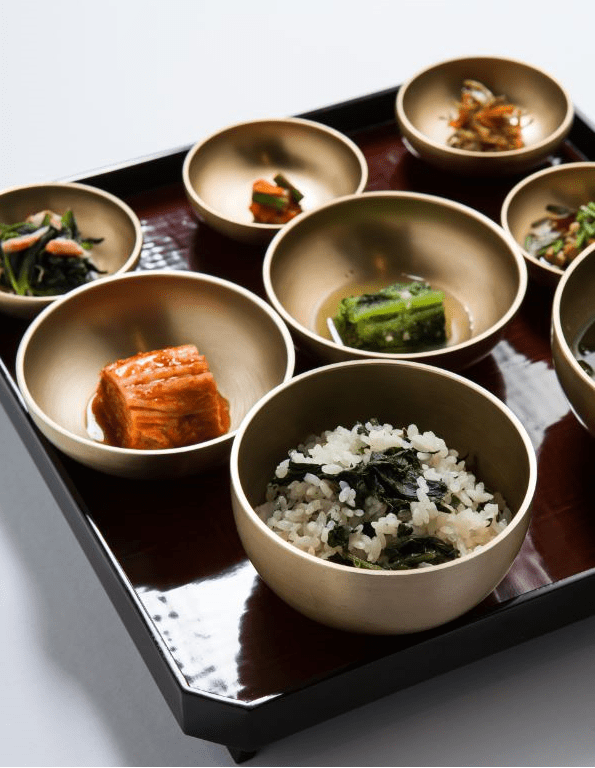 Korean cuisine, with its loud colours and textures, innumerable side dishes, spicy stews and funky fermented flavours, is one of the most vibrant food cultures in the world. Yet, this singular cuisine has often taken a backseat to that of its better-known neighbours, China and Japan, and relegated to casual, everyday food domestically.

But in the last decade, a new generation of imaginative young chefs have emerged, taking Korean food in Seoul in new directions, pairing global techniques with familiar Korean flavours; shining the spotlight on local produce while changing the way people experience a meal. New Korean gastronomy is making waves in South Korea and making strides overseas.

Occupying the highest echelon of Korean gastronomy is three-MICHELIN-starred Gaon, the canvas on which executive chef Kim Byung-jin (pictured below) paints a picture of culture and history of the Korean peninsula through its décor, music and flavors. He has spent his career delving deep into Korean historical tomes to develop Gaon’s refined, fine-dining take on Joseon imperial cuisine.

Rather than the traditional hanjeongsik that we’re used to seeing — long tables covered from corner to corner with a full-on spread of dishes — Kim believes in the deliberate flow and storytelling of multi-course haute cuisine. 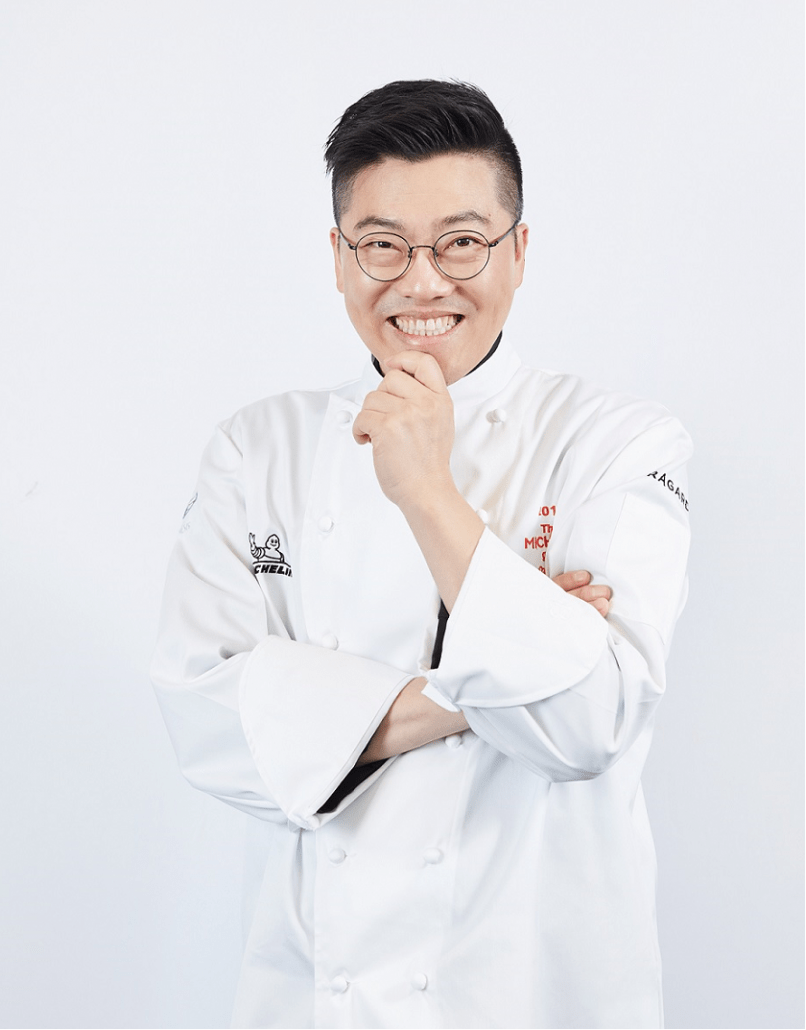 “Although the visual impact of it [hanjeongsik] may wow the guests at first, in the end, not one dish stands out,” he says. “When there is a story to be told and that story is narrated in a way that connects the chef with his guests, then that, to me, is fine dining.”

Around him, Seoul’s gastronomy scene is evolving rapidly. While Gaon occupies the three-MICHELIN-star echelon in Seoul alongside another traditional Korean fine-dining restaurant, La Yeon, the trend of chef-driven, contemporary Korean cuisine is gaining traction. This new Korean cuisine is characterized by an ingredient-forward focus, melding traditional and innovative techniques within a Western nouvelle-inspired backdrop.

Like Kim, chef Lee Jun is inspired by storytelling and Korea’s unique, seasonal produce. At his one-MICHELIN-starred Soigné, local produce takes on a starring role in his one-of-a-kind episodic menus. Each episode is a meticulously curated degustation that changes completely every three months. For example, the recent Episode 19 is themed after the three oceans that surround the South Korean peninsula and highlights the abundance and seasonality of the local seafood.

Yet, Lee’s Western culinary influences are apparent in his cooking. “I’d say my cooking roots are in the United States, because that’s where I studied, but my branches are Korean, and my leaves are Italian and French. I don’t necessarily try to modernise Korean food, but I’m a human living in the modern era. Everything I do is naturally modernised,” he says. 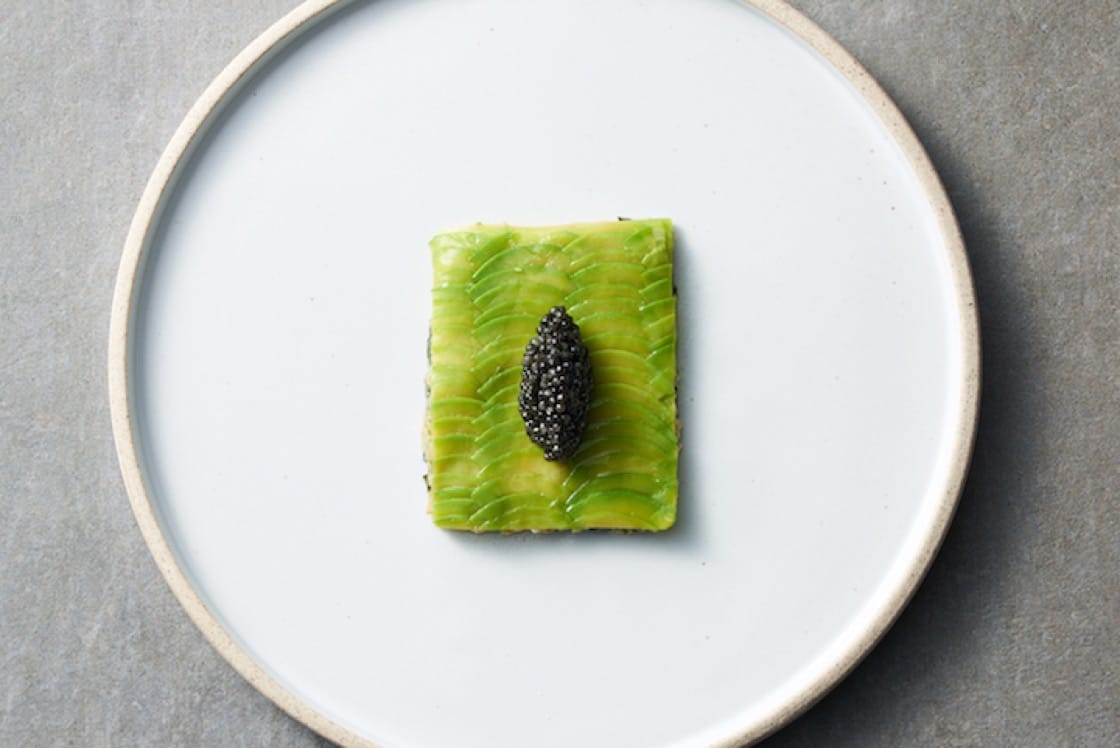 This is a balance that Kim reminds his fellow Korean chefs to have: “As the next generation becomes more globalised, they often lose their identities and traditions that are too easily transformed by subjective abilities and vision. Of course, change is very good, but the tradition and honesty of Korean food is as important.”

Lee, however, is a strong proponent that while it is imperative to respect tradition, simple preservation is not the only way to do so. “It’s important to reinvent. Just like a car company, cooks try to save heritage and respect core philosophies, while also adding technology and cooler designs. One doesn’t have to love the past — we can pick the parts we want from it and make something better.”

Over at MICHELIN Plate restaurant Ryunique in Seoul, chef Ryu Tae-hwan uses sweet and succulent apple-fed pork from the Yesan region in South Korea and seasonal seafood caught off the shores of Seocheon, where the warm and cold waters meet, and marine life congregates. 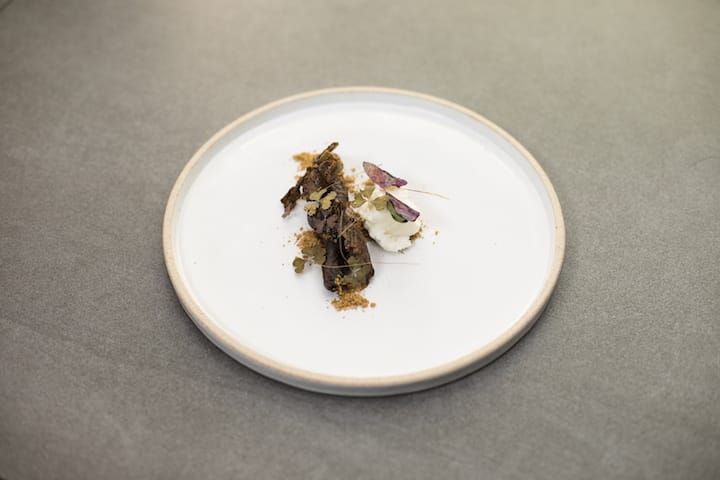 Taking Korean Cuisine to the World Stage
Having trained at the Culinary Institute of American in New York, chef Yim Jung-sik is often credited with introducing Korean cuisine to the world with his Seoul flagship and New York restaurants. A decade ago, Yim pioneered the modern Korean fine dining movement with the opening of Jungsik in Seoul, becoming the first to introduce the concept of New Hansik to the country. Yet, Yim’s work received more recognition first outside of Korea.

In 2012, he opened a second restaurant in Tribeca, New York, which went on to win a MICHELIN star the same year and then two in the MICHELIN Guide New York City 2014. MICHELIN inspectors waxed lyrical about Yim’s complex and confident cooking, evident especially in dishes that reflected his Korean heritage: delicate mandoos filled with foie gras, draped in Wagyu slices and set in a soulful beef broth, tuna kimbap with black truffle rice and Korean mustard, and dashi-braised octopus. 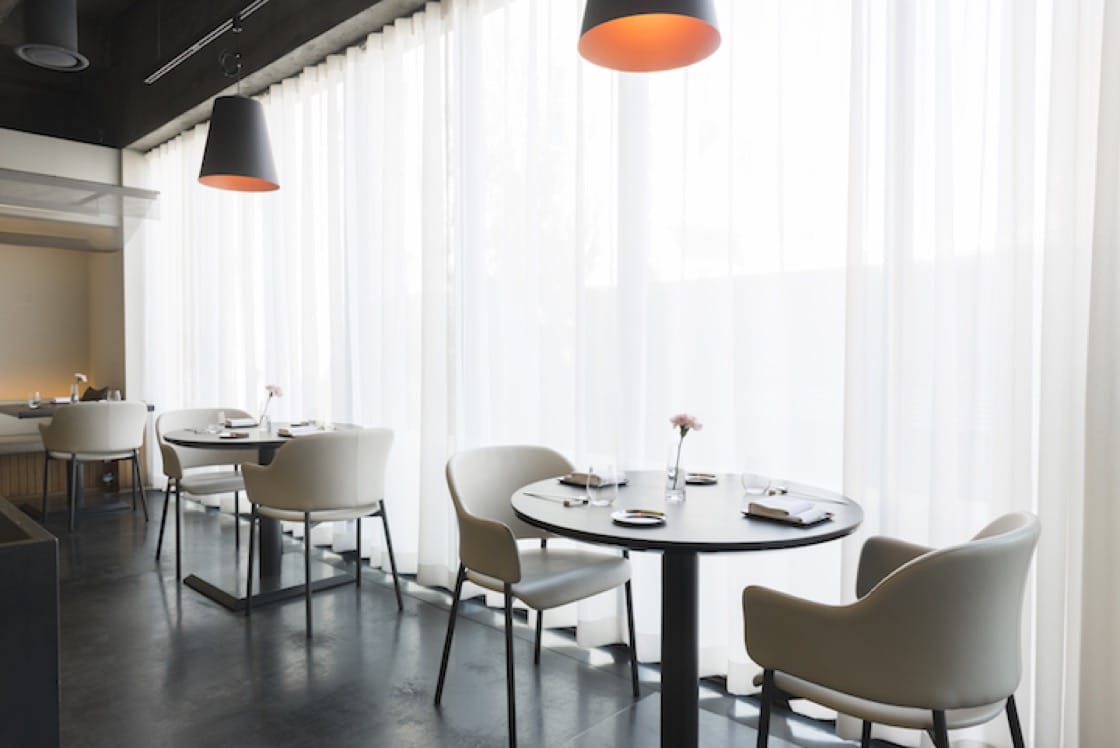 The interiors of Jungsik. (Pic: Jungsik)
The launch of the MICHELIN Guide in Seoul in 2017 saw the flagship Jungsik bag one MICHELIN star and then two in the 2018 and 2019 editions. To Yim, the presence of the guide in Seoul has not only catapulted Korean cuisine onto the world stage, but also raised the profile of modern Korean fine dining in the country.

“The whole scene in Korea started 10 years ago, with the chef/owner concept and the introduction of French cuisine from abroad, and it has developed since then,” he says. “There was, and still is, a very small market for fine dining in Korea, although the quality has become very high because of the intense competition. The MICHELIN Guide made more people here interested in fine dining; they began to think: ‘Ah, so this is global too.’”

Indeed, the future of Korean gastronomy is bright. “This is only the beginning for us,” says Gaon’s Kim Byung-jin. “We can’t expect the rest of the world to appreciate the diversity of our food overnight just because MICHELIN has started to recognize it. Koreans also need to start embracing the diversity in their gastronomy. I think that fine-dining culture in Korea has just begun.”
Advertisement
Advertisement