“Because cocktails come with a concoction of flavours, it can open up different opportunities for pairing,” Simone Rossi, beverage manager of Rosewood Hong Kong’s DarkSide says of pairing food with cocktails compared to wines. While pairing food with alcohol is not exactly a new concept, it is often associated with wine. But if you are the type of diner who prefers sipping a glass of Martini than a glass of Merlot with your food, here’s the good news: more and more hotel bars are beginning to offer ​​more than fries and chicken wings to go with their thoughtful, carefully crafted cocktails.

So what are the rules of pairing food and cocktails? “There are no rules,” says Mario La Pietra, bar manager of The St. Regis Bar Hong Kong. “The experience is a lot more fun with cocktails because the flavours are nearly endless. Even a cocktail garnish could complement the dish and add an interactive element to the pairing,” he adds.

The next time you are in the mood for something different, check out these top hotel bars in Hong Kong on Tablet Hotels, the official hotel selection of the MICHELIN Guide, that will give you a satisfying pairing of excellent booze and delicious bites. 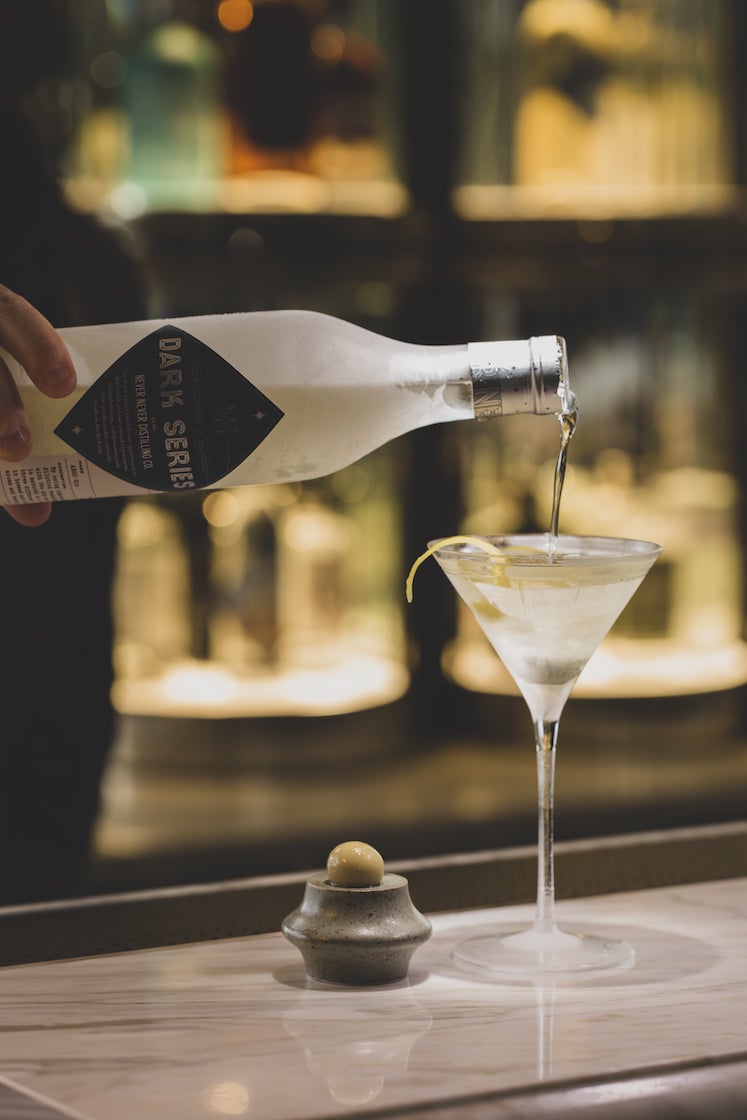 One of the newest bar openings in town, Argo takes its name from the Greek legend of Jason and the Argonauts, who sailed in search for the Golden Fleece. Spotlighting innovation and collaboration, Argo offers a boundary-breaking bar programme that challenges the way we think about cocktails and spirits. Take the Argo Martini, made using the bar’s proprietary Argo gin and seasonal hydrosols paired with a “magic olive”—the result is a beautiful contrast between the savoury olive and the Martini's clean and dry profile.

A believer of the theory that “what grows together, goes together”, bar manager Lorenzo Antinori says that pairing foods and spirits from the same country of origin tends to go well. An example is the Single Origin Negroni on the cocktail menu “Here Today, Gone Tomorrow”, made with cocoa from Chocolate Concierge in Malaysia and a habanero spirit, which are both carefully selected for their Latin American heritage.

For a pairing that won’t go wrong, Antinori recommends Argo’s fried chicken with champagne-based cocktail On the Vine—a combination of gin, yuzu, white chocolate distillate and brut champagne. "With its acidity and effervescence, the cocktail cleanses the palate from the richness of the fried chicken,” he adds. 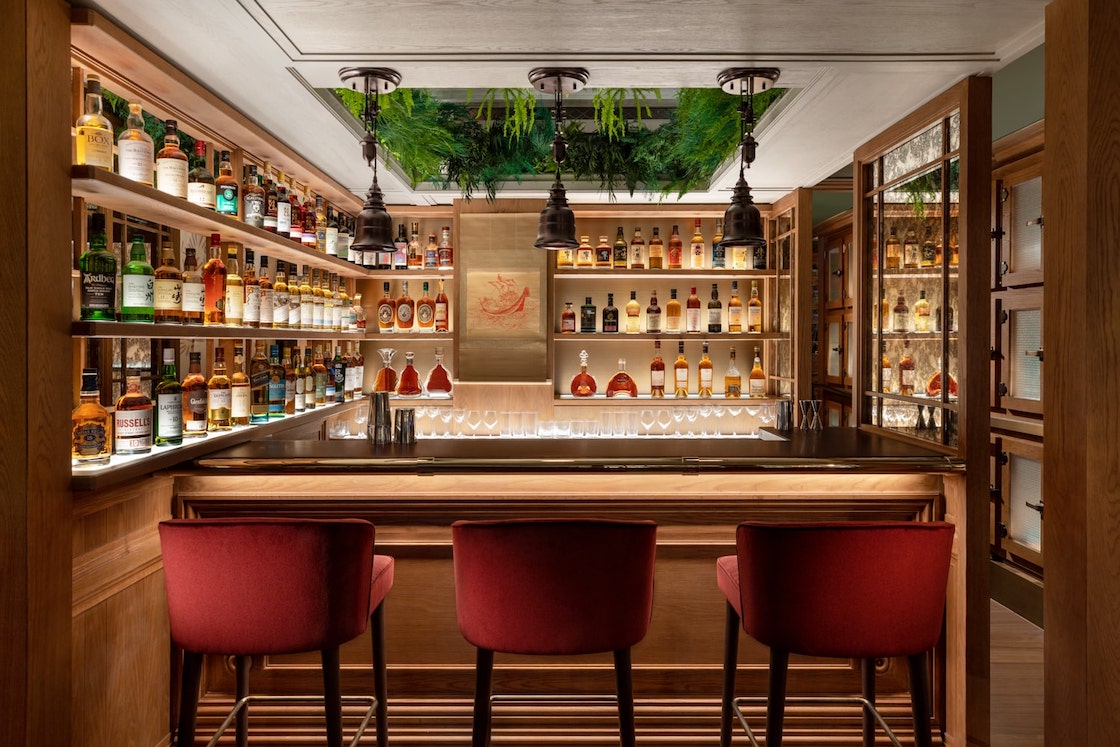 The Aubrey's omakase cocktail bar. (Photo: Courtesy of The Aubrey)

A sky-high Japanese izakaya consisting of three bars: the Champagne and Sake Bar, the Omakase Cocktail Bar and The Main Bar, The Aubrey celebrates the best of Japanese spirits with a signature cocktail menu inspired by the game of chess, along with three rotating seasonal cocktails based off a singular Japanese ingredient.

By focusing on shochu, awamori and umeshu—lesser-known liquors that are commonly paired with food in Japanese culture—The Aurbey takes guests on a journey of premium Japanese spirits through an interactive omakase cocktail experience, which comes with four full-sized drinks—each highlights a different flavour profile and character—accompanied by bite-sized snacks.

“It is an experience centred around cocktails and geared towards guests who have an appreciation for the craft,” says Devender Sehgal, assistant general manager who leads the bar programme. The key here is balance, meaning the snacks remain light in flavour to avoid overpowering the drinks.

When it comes to his food-cocktail pairing of choice, Sehgal recommends the Iberico secreto pork cooked robata style, which gives the meat a charcoal flavour from the grill. Whisky naturally comes to mind, with his own spin on Bobby Burns cocktail with barley shochu, whisky and vermouth to round off the smokiness with a bit of sweetness. 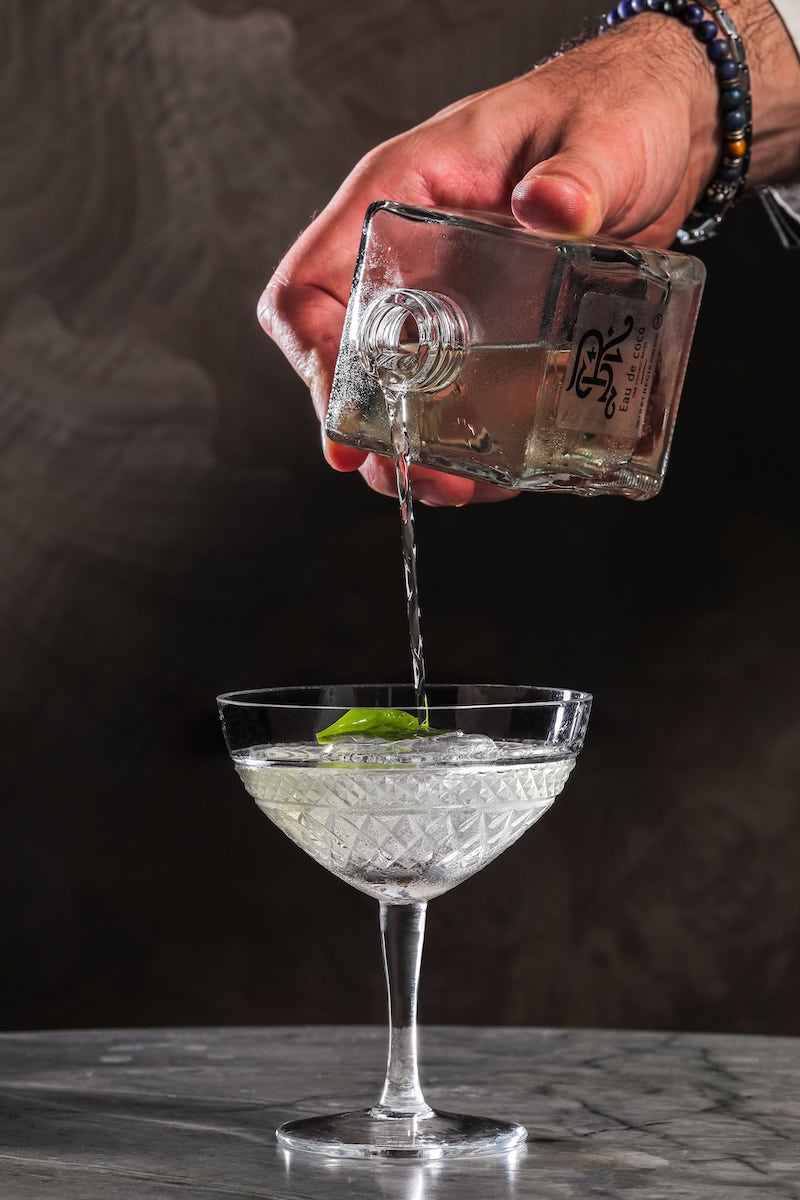 Taking an “evoke and provoke” approach to cocktail making, bar manager Mario la Pietra stresses that visual presentation plays a vital role in food and cocktail pairing. Take Hung Shing Ye, aka God of The Sea, a coconut-milk washed cocktail made with vodka, cucumber, pineapple, citrus, spices, and a spray of the St. Regis Vetiver essence—the kind of cocktail that will transport you to the beach.

An oyster leaf is deliberately used as a garnish to “interact” with the drink with a savoury element, and “evoke” with a hint of sea water from the leaf. To pair with the cocktail, la Pietra suggests oysters from Bay of Veys, Normandy, which are served with a classic mignonette that helps to balance out the sweetness. 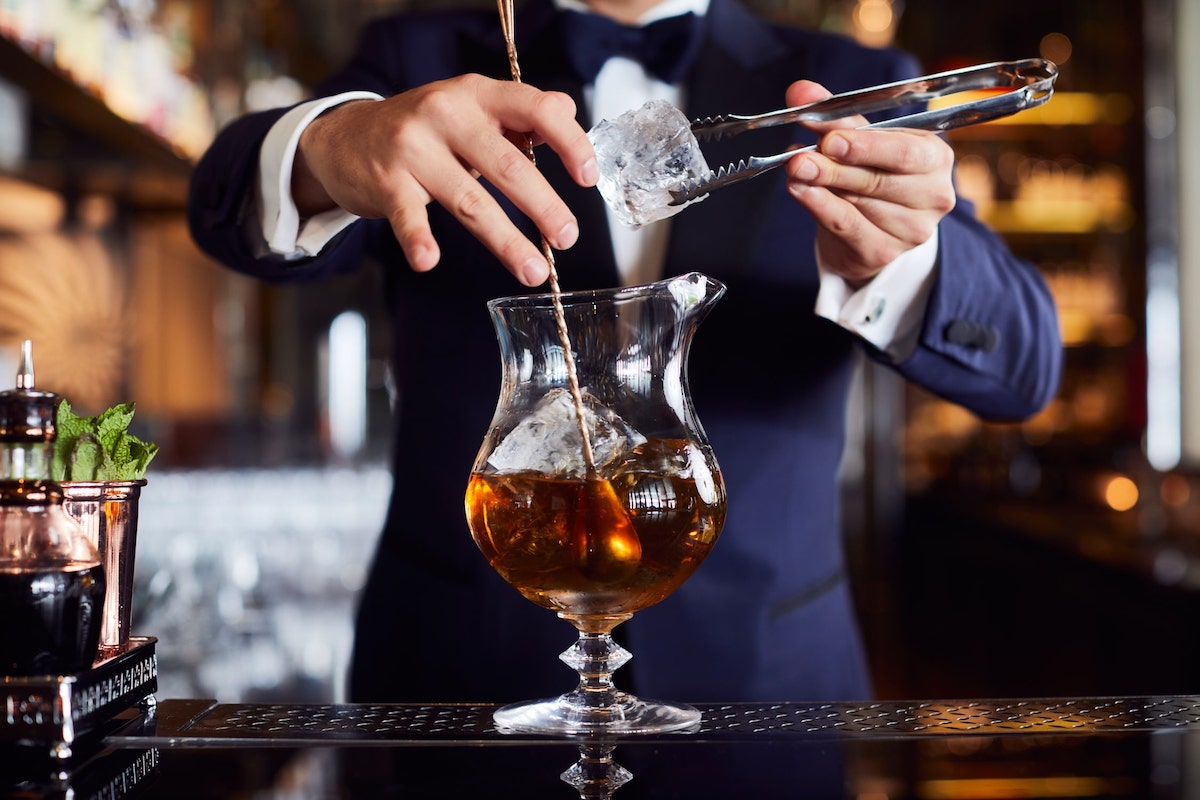 Pairing cocktails with food is a collaborative effort between the mixologist and the culinary team, a process beverage manager Simone Rossi does with relish. “We stay away from matching traditional flavours—the ‘wow’ factor is important,” says Rossi. “But we speak to our guests first to see what they are in the mood for to curate an experience based on their preference.”

From the newly launched The Moon menu, where each cocktail is inspired by the eight phases of the moon and their mystical powers, Rossi recommends pairing Waxing Gibbous, a vodka-based cocktail with tropical notes of coconut and pandan, with comfort food like Parmesan fries or mushroom arancini. “The vodka is a neutral spirit, which acts as a palette cleanser to cut through the richness of the food,” he explains.

Another personal favourite is Penicillin with the bar’s mortadella, provolone and truffle bikini, or a strong base spirit like mezcal or tequila to go with sweeter items such as chocolate bars or the cake of the day—the possibilities are endless.

Hong Kong Eat Like a Chef French
Dining In 2 minutes