As gastronomy lurches forward with all things new and the exciting, we take a look at the rich legacy of classic Cantonese dim sum and how it straddles the chasm dividing the traditional and the modern.

To the Cantonese-speaking region, tucking in to dim sum is as natural and common as dropping by a café. These exquisite morsels of fresh food first appeared in Tang Dynasty China where it was described as a snack by Qing writer Zhangsi Gu. Later, modern scholar Zuoren Zhou expounded on its dining style and noted that it was served at teahouses where enjoying dim sum was for leisure. At that point, dim sum became more than food. It became an experience – a vital existence to our daily lives.

SEE ALSO: Legle's Desmond Chang On How A Beautiful Plate Adds To A Dining Experience 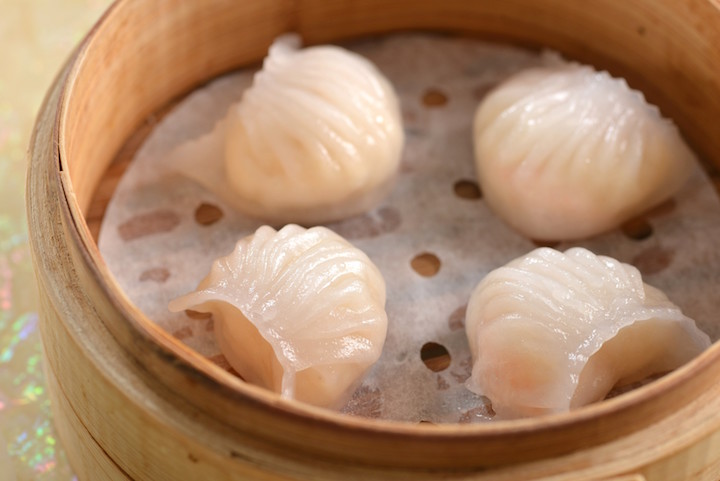 Har Gow – Masterwork of Technique
Har gow is undisputedly the most well-known type of dim sum to epicures around the world. The dumpling’s humble size hides the level of craftsmanship. A good har gow should appear like a half moon with 12-13 folds on the skin. Thin skins and quality fillings are the golden standard for dim sum that every Hong Konger swears by. Chef Lai-Yin Wong from Cuisine Cuisine, the Mira Hotel said the dough made with water starch has a sticky and spongy texture which makes it hard to cut with a mould. Experienced cooks make an air-thin skin in just one slap with the side of a cleaver.

“As for the shrimp, we preferred river shrimp in the past for a stronger umami. Now we’ve replaced it with a more crisp variety from Shanghai,” says Wong. The ideal har gow filling contains 30 per cent raw shrimp, 20 per cent cooked shrimp and pork with a good amount of fat. People nowadays avoid fat at all costs, but according to Wong, it brings out the best of the shrimp and bamboo shoot in the dumpling.

Siu Mai made with hand-cut pork
The executive chef of Mott 32 Lee Man Sing created siu mai with hand-cut pork, which lends a richer texture to the dish. To make good enough har gow and siu mai, Wong and Lee both said it could be a task of one or two years. Wong said the dim sum restaurants of the old days operated on high efficiency. They turned out 600 plates of pork ribs filling 30 large steamers in just one morning. 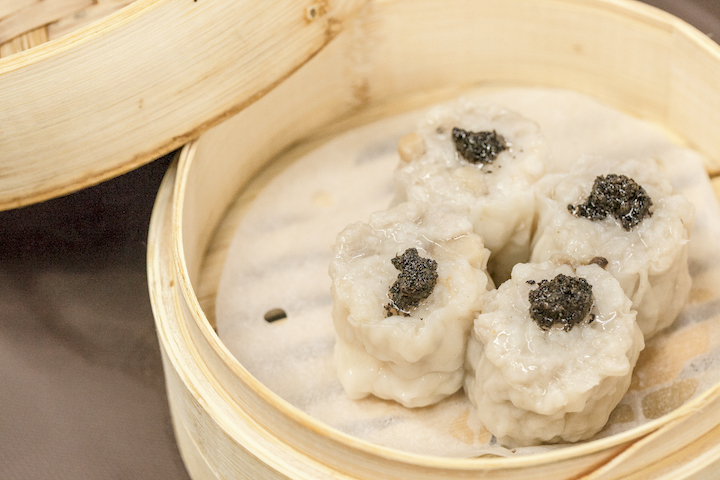 “I joined the industry at 15 following my father. I started with steamed beef balls and learned my trade by putting my hands on everything,” he said, “We maintain the foundation of traditional technique. But in regards to ingredients, we aren’t afraid to try something new.”

“We tried to make creative dim sum in the Sham Shui Po branch for a couple years. It was more difficult to master foreign ingredients, and the guests didn’t respond greatly either. At that point, we decided to return to what we do best,” Mak says. 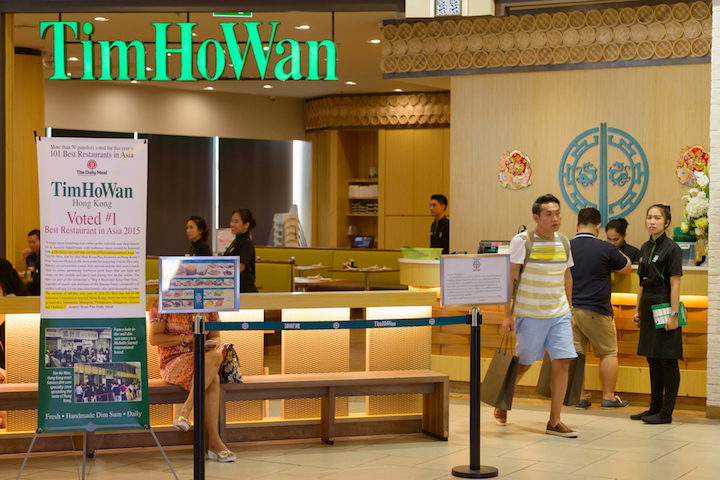 Dim Sum as a Gesture of Heart and Mind
In recent months, night-time yum cha places have been coming back into fashion, thanks to China Tang in Tsim Sha Tsui. Dim Sum Executive Chef Yiu-Po Wong gained a following with his xiao long bao and milk curd pudding with taro.

“Modern diners value newness and refinement,” he explains. “We need to look ahead for ideas while basing ourselves on traditional techniques. The kimchi seafood dumpling is one good example [as we wanted] to capture the hype of the Korean Wave.”

Chinese Executive Chef Leung Fai Hung from InterContinental Hong Kong insists that even though Western ingredients are seen more frequently on the dim sum menu, there are still traditional cooking skills that cannot be overlooked.

“Dim sum encapsulates entire regular dishes. Accuracy becomes very important because every small mistake is amplified,” he says. “Every plate is a gesture of heart and mind.”

Invention, in his eyes, is 60 per cent dictated by the preference of the guests. Chefs take a more passive role. But whatever the dish is, the heart and mind doesn’t change. For diners who don’t get to see the kitchens and behind the scenes, what’s in the steamer says everything about the restaurant.

Recommended reading: View more stories on Cantonese cuisine here.
This article was written by Alex Lai and translated by Vincent Leung. Click here to read the original version of this story.
Advertisement
Advertisement