Ever since the early stage of Chinese civilisation, steaming has played an integral part in Chinese culinary culture. The earliest evidence comes from the Yin Dynasty (1600BC – 1046BC), in the form of a cooking equipment called “zeng”. Like a steaming basket, it’s perforated at the bottom and attached to another three-footed pot (known as “lik”) filled with boiling water. The food in the zeng is cooked through the steam rising from the lik.

How Steaming Works
The modern way of steaming usually employs a covered wok or pot with boiling water. The food is placed in a steaming rack which stands above the water, and is cooked through the steam trapped inside. Avoiding direct contact with water, the shape, flavours and nutrients of the raw ingredients are largely kept intact in the finished dish. 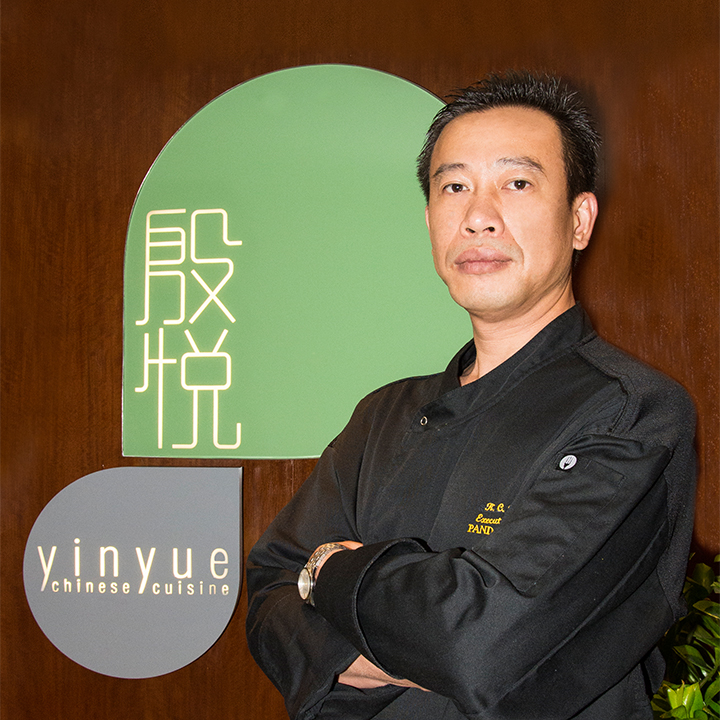 “Any ingredient, from seafood to meat and vegetables, is suitable for steaming. It rewards the use of fresh ingredients with the noticeably more vibrant taste,” says executive chef Chan Kwok-wan of YinYue Chinese Restaurant.

All About the Heat
The control of the heat and time is paramount to steaming: chefs usually go for high heat while preparing seafood, steamed buns and dim sum, medium heat with meat and low heat for steamed egg custard.
“High heat speeds up the cooking process of seafood to preserve its smooth flesh. On the other hand, low heat (combined with long cooking time) would ruin its texture,” Chan said.

A fish weighing a catty usually takes 12-15 minutes to cook on strong heat. As for buns and dim sum, with their filling usually cooked in advance, high-heat steaming helps stabilise their shape quickly. For instance, the beetroot and scallop dumpling at YinYue is made with avocado and mixed mushrooms wrapped in a skin containing beetroot juice. Since the mushrooms are par-fried, the cooking time is shortened to six minutes. As a result, the dumpling achieves the refreshing taste Chan desires as topped with pan-fried scallop and lemon peel.
Advertisement
Advertisement 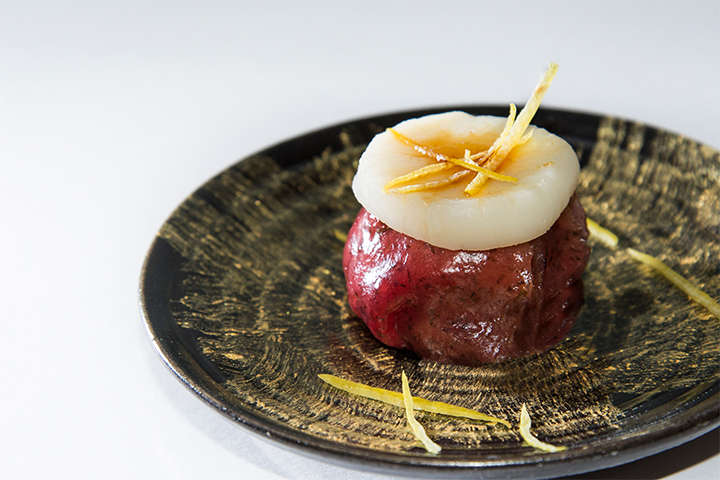 The beetroot and scallop dumpling at YinYue is made with avocado and mixed mushrooms wrapped in a skin containing beetroot juice.
Meat, especially cuts linked with bones, should sit in hot vapour for a longer time. As Chan elaborated, pork ribs are best steamed for 20 minutes until the meat releases alluring aromas, while it requires 15 minutes in the pot for steamed pork patty to cook properly. Based on this traditional recipe, Chan adds porcini and five grain rice to create one of his signature dishes. The pork patty is combined with the fungus, its shape set in the steamer after eight minutes of cooking. Then he puts in quail egg and fried five grain rice to steam for a further five minutes. The dish’s popularity is justified from the very first bite, when diners taste the essence of the meat fully infused in the rice.

“Low heat mostly applies to steamed egg custard only. It lets the protein in the egg solidify slowly, resulting in a silky surface that would be spoiled by overheating,” Chan noted with an extra tip to share: before cooking, cover the plate with cling film, piercing it several times. The film minimises the egg’s exposure to steam, in turn making the custard even softer. 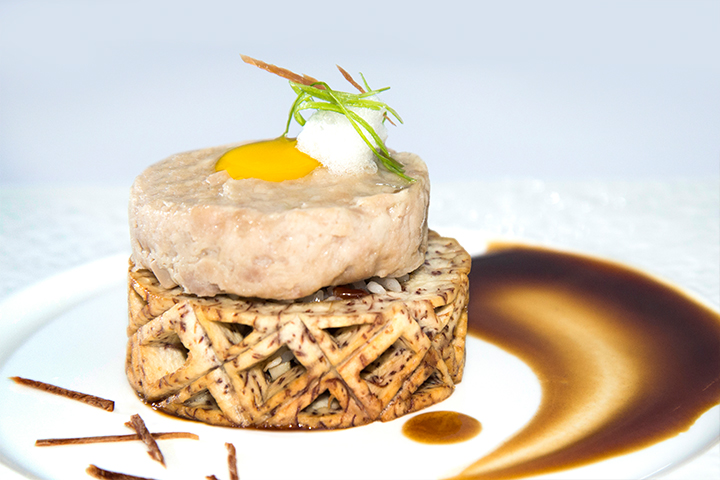 Steamed pork ribs on porcini and five grain rice is one of chef's signature dish.
Between basket and plate
Once you have the basics of steaming down, pay attention to the utensil you use, as Chan reveals the benefits of a bamboo basket and a plate respectively.

“A bamboo basket is good at imparting and keeping the heat. In addition, the food would take on the fresh scent of bamboo after cooking. A plate blocks excessive steam and facilitates heat dissipation.”

While conventional wisdom suggests the basket is a better choice, Chan said the ingredient dictates which utensil to use. While the basket produces the best outcome for dim sum and buns, meat patty and fish wouldn’t set well in it. Their juice, along with the foods’ flavour, will also leak from the openings of the basket’s bottom.

“It’s like how people discard the water on the plate after steaming a fish. That’s actually the juice of the fish, which makes a great sauce. The best way is to reserve a part of the juice to mix with soy sauce. Otherwise the sauce would be composed of just soy and deprived of the natural fish flavour,” says Chan.
This article was originally written by Ada Au, and translated by Vincent Leung. Click here for the original version.
Advertisement
Advertisement